Road-trippin’ philanthropist racer Renee Brinkerhoff is ready to take on the final and most daunting leg of her 20,000-mile, seven-continent Project 365 World Rally.

The Denver-based driver is raising awareness and funds for her charity Valkyrie Gives and has already tackled the Carrera Pan Americana, Targa Tasmania, Caminos Del Inca, Peking to Paris, and the East Africa Safari Classic road rallies. The grand finale of this epic, which began in 2017, will see Brinkerhoff drive 356 miles across Antarctica.

In order to achieve this freezing feat she turned her 1956 Porsche 356A over to Kieron Bradley, a UK-based chassis engineer and extreme explorer who spent over 18 months re-engineering the classic for the harshest climate. Replacing the front wheels are a pair of skis, and drive is provided by caterpillar tracks instead of rear wheels. The conversion has been designed so that it can be fitted by one person and works with the car’s original suspension.

The car has also been outfitted with solar panels, a special roll cage, a four-ton bag jack to lift the car on the snow, a rear window exit system and ways of easily accessing vital safety kit or supplies from the cabin area. With the car geared up by its tracks the gearbox is at risk of overheating despite the cold Antarctica climate, so there’s also a temperature gauge to keep tabs. Brinkerhoff will be partnered by world-record polar explorer Jason de Carteret who will be on navigation duties during the drive this December.

356 miles may not sound like much compared to the thousands of miles Brinkerhoff has already covered on her quest. However, the polar Porsche can only run at 25 mph to minimise the risk of breakdowns, and the terrain will be extremely unpredictable, making this her most dangerous drive to date.

Valkyrie Gives was formed to aid women and children around the world who are at risk from human trafficking and, through Project 365 World Rally Brinkerhoff is hoping to raise $1 million. All power to this incredibly driven woman.

Boxster at 25: Driving the car that saved Porsche
How StarterMotor inspires the next generation of car enthusiasts
“I want to find out for myself” – I was there the day Ayrton Senna went rallying 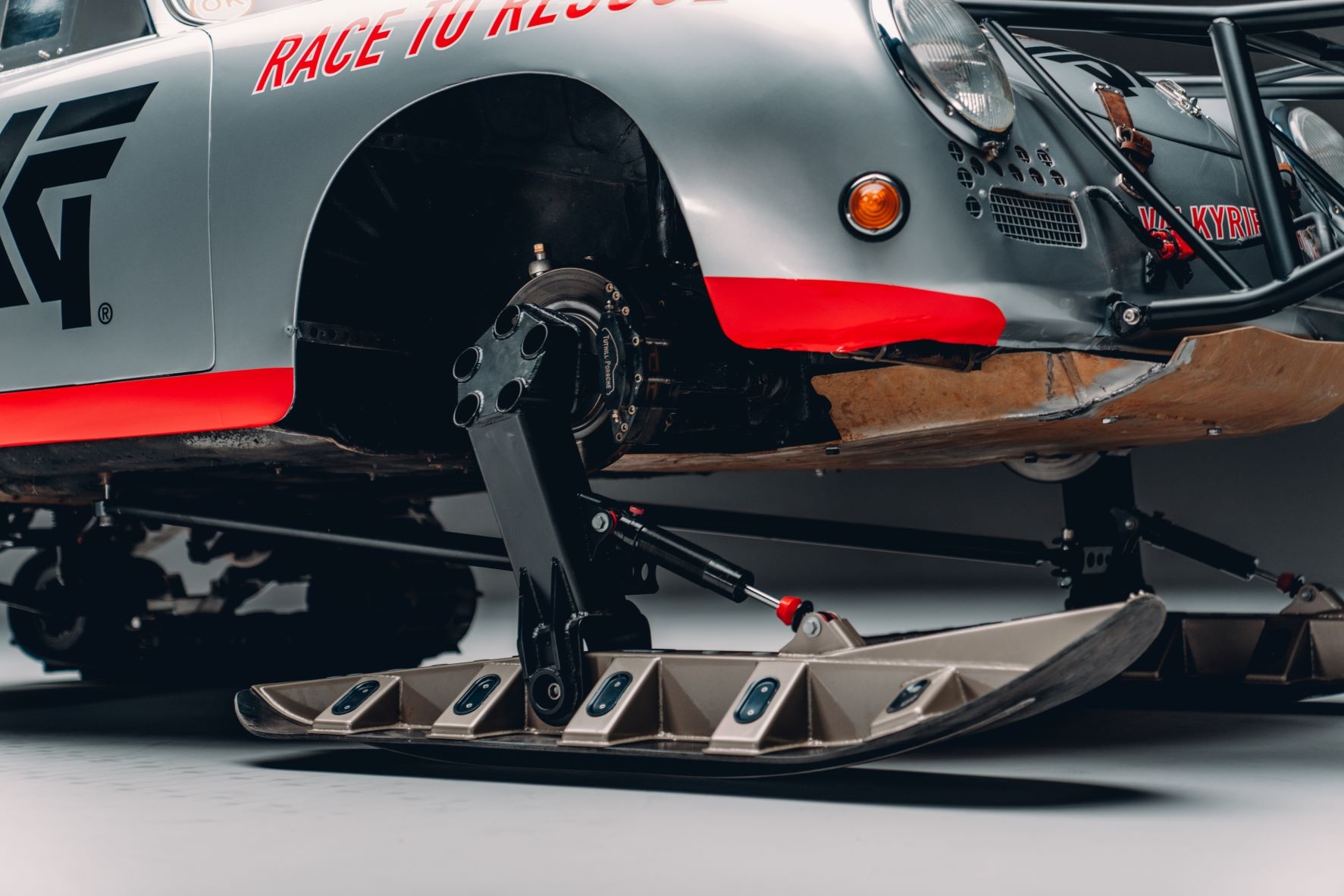