As you’re reading this, the 2021 Geneva motor show should have been in full swing. You probably know why that’s not the case, and 2020’s show was among the first automotive events to be cancelled when global events really took hold in February 2020.

We’re kind of sad about it. Motor shows are not universally popular, not least with car manufacturers who spend enormous sums to out-do each other every year, but Geneva has always been a little different.

For the press that pound the floors of the Palexpo exhibition centre it’s among the more compact shows in the calendar, for the industry it’s usefully neutral, and for the punters it’s probably the most spectacular, often the home of the wildest concepts and most significant production models to be revealed in a given year.

Nowhere is this more obvious than in some of the British cars that have been launched at the show. While Britain had its own motor shows, the glitz and ceremony of Geneva were reserved for the most important launches. We’ve picked nine of the biggest – neatly topped and tailed by two Jaguars that define both the past and the present.

In the space of two short years, Britain gave the world two of its most iconic car: in 1959 the Mini, and in 1961, at the Geneva motor show, the Jaguar E-Type.

The E-Type’s story, like that of the Mini, has been told with such nauseating regularity that we’ll avoid going into specifics again here, but suffice to say its impact at the show was impressive. The sports car had enough performance from its 265bhp straight-six to show an Aston Martin DB4 a clean pair of heels.

The original Range Rover might not be viewed with such significance today were SUVs not as wildly popular as they have become in the past few decades. It was clearly an important and unique car on launch, though just as the Jeep predated Land Rover’s Series 1, the Americans actually invented the concept of the SUV with the Jeep Grand Wagoneer.

Land Rover’s effort was masterful though, blending the brand’s famed off-road ability with on-road comfort in a way no early Land Rover had ever offered. It was stylish but also functional, and enjoyed a long life too, only finally bowing out in 1996.

With a top speed of 177mph the tabloids got in a spin back in 1989 when General Motors whipped the covers off the Vauxhall and Opel-branded Lotus Carlton. Here was an outwardly sensible four-door family saloon that could demolish the UK speed limit by more than 100mph, and the red-top newspapers could smell blood.

Ultimately it was a storm in a teacup. Faster saloons have come and gone since without murmur, and the furore seems in retrospect to have been excellent marketing for the car, because everybody remembers it. And, thanks to engineering from the corner-carvers at Lotus, it turned and stopped as well as it went.

The Aston Martin DB7 arrived in one of the British brand’s endlessly cyclical periods of turmoil, but holds the distinction of being arguably one of the prettiest shapes to emerge during the 1990s. It also proved cost effective not just for Aston Martin but for owners Ford, who managed to extract further life from Jaguar’s XJS platform, and was the first car designed entirely by Ian Callum.

As Motor Sport reported in 2017, the car was received nearly as well at its Geneva debut in 1993 as the E-Type had been in 1961. Rather important too as it turns out, as at that point the project still hadn’t been greenlit by Ford’s top brass. We’re glad they did, and Jaguar probably is too – since it was the DB7 that persuaded Jag there would be a market for 1996’s XK8.

The Mazda MX-5 has been consistently among the highest-selling sports cars on a global scale, but it spoke highly of both MG’s engineering and the British public’s brand loyalty that the MGF was, for a good few years, the UK’s best-selling roadster ahead of the Japanese car.

That engineering ingenuity came in the form of the MG’s mid-engined layout. That meant it could use drivetrain components from a front-drive car to reduce cost (unlike the front-engined, rear-drive MX-5), in this case the Metro.

Rover also developed a larger-capacity K-series engine, and utilised the group’s Hydragas suspension for a smooth ride, while the design was led by Gerry McGovern – now creative overlord for Jaguar Land Rover. That the MGF was launched at Geneva, and not the British motor show, shows just how confident MG was in its new car.

British car brands were clearly filled with confidence at the start of the new millennium, with four significant models making their debuts at the prestigious Geneva show in 2001. Aston Martin revealed its sophisticated new Vanquish, Jaguar had its X-Type to lock horns with the BMW 3-series, and a revitalised MG Rover showed off its 75 with attitude, the ZT.

But most significant of all was the new MINI. Now under BMW ownership and having undergone early development at Rover, the retro look wasn’t to all tastes – and some were still sore over the original disappearing the previous year – but it immediately made every other supermini seem dull. Two decades on it’s still a great car to drive, but also now a modern classic in its own right.

The reveal of the Aero 8 in 2000 (also at Geneva) was a perfect way of catapulting Morgan into the 21st century, but no car better illustrates the company’s plucky attitude and sense of fun than the 3-Wheeler, which debuted in 2011.

There really is nothing quite like it – well, unless you count the original three-wheeled runabout from the ’30s. Morgan’s sympathetic update of its most distinctive car to date, complete with graphics packages and the usual vast range of personalisation, at once captured the brand’s past and gave hope for its future.

In a curious parallel, Aston Martin launched its Toyota-based Cygnet at the same show. It wasn’t received quite so well, but interestingly, both sold new for around £30k – and a decade later, you’ll still pay similar money for both.

McLaren launched its first car since the F1 in 2011. The MP4-12C was an impressive, if not particularly emotive car – and yet just six short years later, the 2017 Geneva show saw the debut of one of the most spectacular modern supercars to emerge from any company.

With headlights like eye sockets the car’s styling wasn’t universally popular, but otherwise the 720S was a true beauty and its 710bhp, 4-litre twin-turbocharged V8 certainly had numbers in its favour.

As it turns out, the 720S was spectacular on the road too – there’s an argument to be made that even the latest Ferraris and Lamborghinis haven’t quite surpassed it in some areas – and more remarkably still, McLaren has advanced even further in the four years since.

Jaguar’s reveal of the all-electric I-Pace at the 2018 Geneva motor show has taken on extra significance with the recent news that the brand aims to go fully-electric in the coming years. The I-Pace is no longer just a competitive luxury EV, but the progenitor of Jaguar’s future direction.

Like others on this list though, it’s also a genuinely good car, still taking the occasional group test victory and – in the right specification at least – looking striking in a way few other electric cars have quite managed. It drives like a Jag too, but whether buyers in a few decades will view it as fondly as a classic XJ remains to be answered. 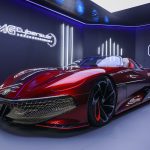 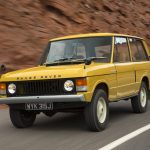 The complete guide to £50,000 starter classics 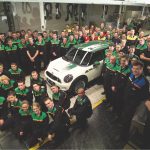