I made up my mind up by the end of two circuits of the large, open roundabout; the original Toyota MR2 is criminally overlooked. It soaks up the cracked road surface, the tyres neatly shift from grip to slip and the throttle counters the nose running wide by tucking it back in, then, with a little more, edging the tail out and into play. There’s a smile on my face, and this is all happening at sane speeds.

Thank goodness it’s overlooked. Because as soon as I get home, I’m flipping open the laptop, browsing Car & Classic and calling on my finest man-maths in the hope I could snap one up before anyone else gets wind of this sweet hit of fizzy-pop.

That’s what it feels like. Opening up the MidShip Rear-drive 2-seater and working it along a decent stretch of road is like levering off the lid of a bottle of pop. The energy that’s contained within this petite Japanese sports car is eager to rush out and give the driver an instant hit of gratification.

Which begs the question: why doesn’t Toyota make an MR2 today?

We can probably guess the answer to that. The car maker is jumping, belatedly, onto the electric car bandwagon. But… but, who knows, perhaps the same people who have brought us past triumphs like the GT 86, GR Yaris, as well as the Lexus GS F and LFA could answer the brief to build a small, relatively affordable roadster, using battery power and some trick torque vectoring to make it as amusing and efficient as the original.

That original was born in the early ‘80s, as a more economical and affordable take on the sports car theme. Toyota recognised that there were plenty of drivers around the world who missed the simple, cheery British sports cars that had proliferated throughout the ‘60s and ‘70s, but read the room perfectly, feeling they’d be wary of practical considerations such as fuel consumption in a post-fuel crisis climate.

The concept was not entirely new. Larger, more expensive sports cars from the likes of Ferrari and Lotus had been the pin-up poster cars for a generation, while Fiat had downsized these and come up with its nifty X1/9, 50 years ago now.

In 1983, at the Tokyo motor show, Toyota showed the world its SV-3 concept, and evolution of a series of concepts beginning with the SA-X in 1981. The SV-3 was a thinly disguised preview of what would become, a year later, the MR2. Behind the scenes, the company had been taking the matter of driving fun extremely seriously. Its development team had been handed the budget to bring on board Dan Gurney, the successful Formula One and sports car racer, who’d established Eagle with Carroll Shelby. Alongside Toyota’s engineers, Gurney was set the task of fine-tuning the responses of Toyota’s new road car.

On paper, Gurney may have initially thought he had his work cut out. After all, here was a 1.6-litre ‘economy car’, as they’d have it across the pond, with a footprint so small it could be swallowed up by the air intakes of any number of American muscle cars.

But Toyota threw engineering at its new mid-engined baby. For starters, that 1587cc four-cylinder engine, transversely mounted and taken from the AE86 Corolla, had a 16-valve cylinder head and Denso electronic fuel injection, and used a variable intake system – then, all advanced stuff on a small, affordable car. The result was 122bhp and the ability to rev beyond 7000rpm – a far cry from the somewhat strangled outputs and wheezy nature of cars like the MG Midget 1500, which was just about warm in its grave when the MR2 hit the road. Toyota claimed 0 to 60mph in 7.7 seconds, and a top speed of 121mph – more than enough to stay with, or even see off, a hot hatch.

Then there was the exotic layout of the platform. The engine was behind the seats but ahead of the back wheels; the bulkhead was substantially reinforced to keep the structure as rigid as possible; MacPherson struts took care of the suspension and there was also some fine-tuning by Roger Becker, Lotus’ ride and handling specialist; and disc brakes helped manage the performance – without the still-then-novel fitment of an anti-locking system.

In the UK, it was priced from £9295 when it went on sale in 1985, a significant sum at the time for a wee thing like that. Then the critics got their hands on it, and car enthusiasts got the message. As the reviews started to come in, the consensus was it was worth every penny. Here was a ‘honey-I-shrunk-the-Ferrari’ machine that was better sorted that pretty much any other mid-engined sports car you cared to mention, no matter the price.

Reacquainting myself with the original MR2, I’m struck by how it throws fun at the driver at the lowest of speeds. It’s nippy and peppy – in part because it’s light – and builds speed briskly from low in the rev range, yet will rev all the way to 7000rpm if you feel like testing Toyota’s reputation for reliability. I’m not sure there’d be much need for the supercharged version of this engine, offered in some markets outside of the UK.

In the confines of the cockpit, you feel involved. The buzz of the engine fills the space, the grip and slip of the tyres filters through to the seat of your pants and fingertips, you can’t believe how much your right foot can influence the car’s attitude in bends, and generally it makes for a compelling case against shelling out on far more expensive sports cars.

You can squeeze the brake pedal right to the point of lock-up, without fear it’ll wrong-foot you. And when you are skating about the place, you’re aware that everything is happening at entirely legal speeds.

At one point the car has a bit of a wobble. One of its headlights does a little dance, dropping in sync with the other but then coming back up and dropping, raising, lowering, and so on, before half-closing and taking a breather. Toyota had prepared for faults with pop-up lights, including a manual adjustment in the ‘frunk’. We resort to using that when night falls. But otherwise it is well behaved, and, significantly, comfortable to do proper distances in – as happy touring France, one suspects, as it would be popping for dinner around the corner on a summer’s evening.

As for the cabin, it’s a perfect slice of 1980s plastic fantastic. The quality is good, the layout… well, original, especially the arcade-game style handbrake, and the tilting glass sunroof is a welcome touch that lights the cabin once you’ve taken down the clip-in sunshade.

These are increasingly rare cars, now. And they resonate with the children of the ‘70s and ’80s. It means prices have been on the rise: the best models will fetch £10,000 all day long, and average condition cars are around half that, as you can see for yourself with a click around the Hagerty Price Guide. They’re worth every penny, though. The original MR2 doesn’t get the credit it deserves.

This is a car that, in some ways, is more relevant today than ever before. Toyota lost its way a little, with the second generation MR2. It was more powerful and faster, but bigger, clumsier (spinning like a bottle until engineering changes were made) and altogether less dazzling. All credit to the company, however; the third and last MR2 was just as brilliant as the first. Which is why we included it in the 2021 Hagerty Bull Market List.

If you ever find yourself craving a sweet hit of fizzy pop, you know where to find it. 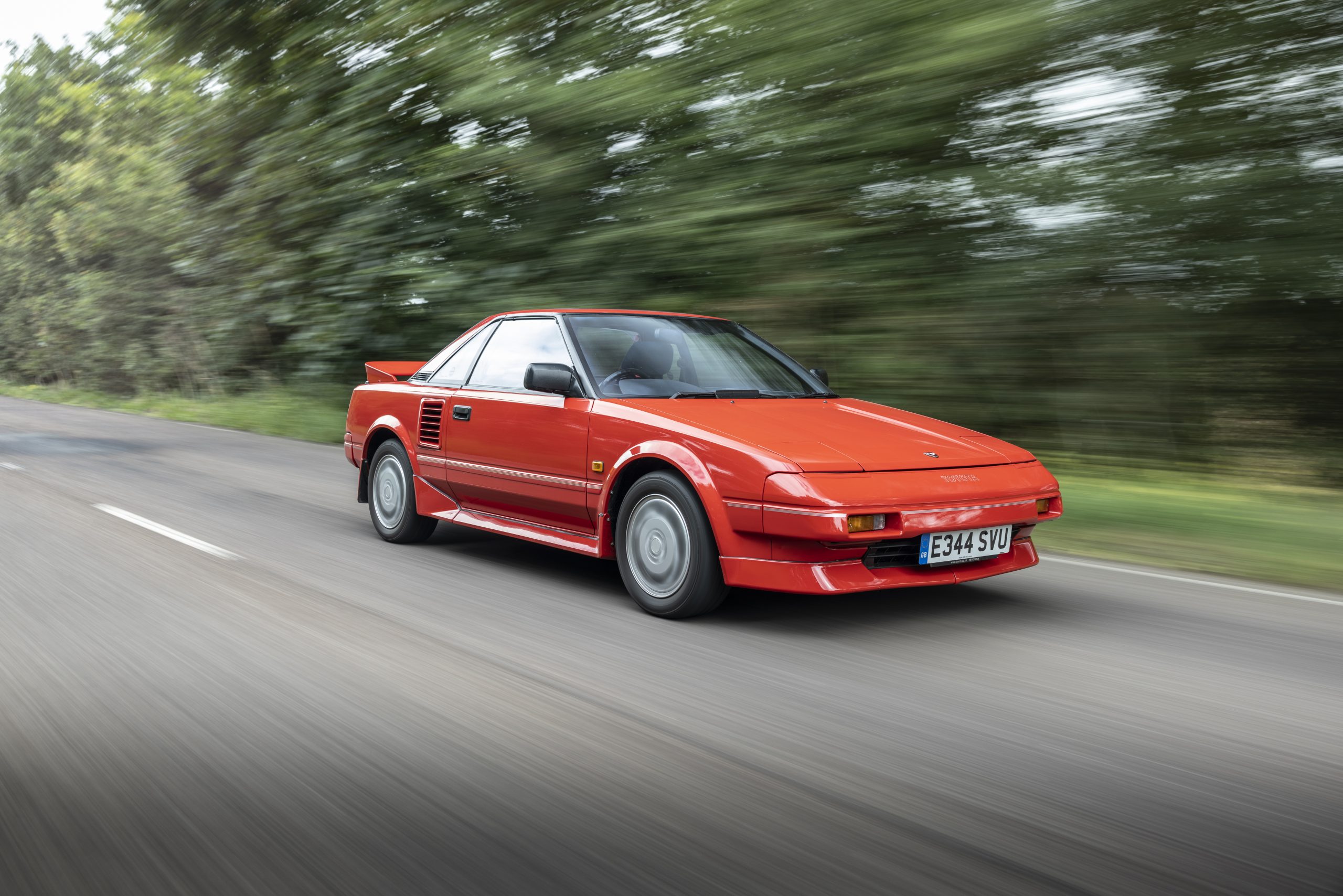 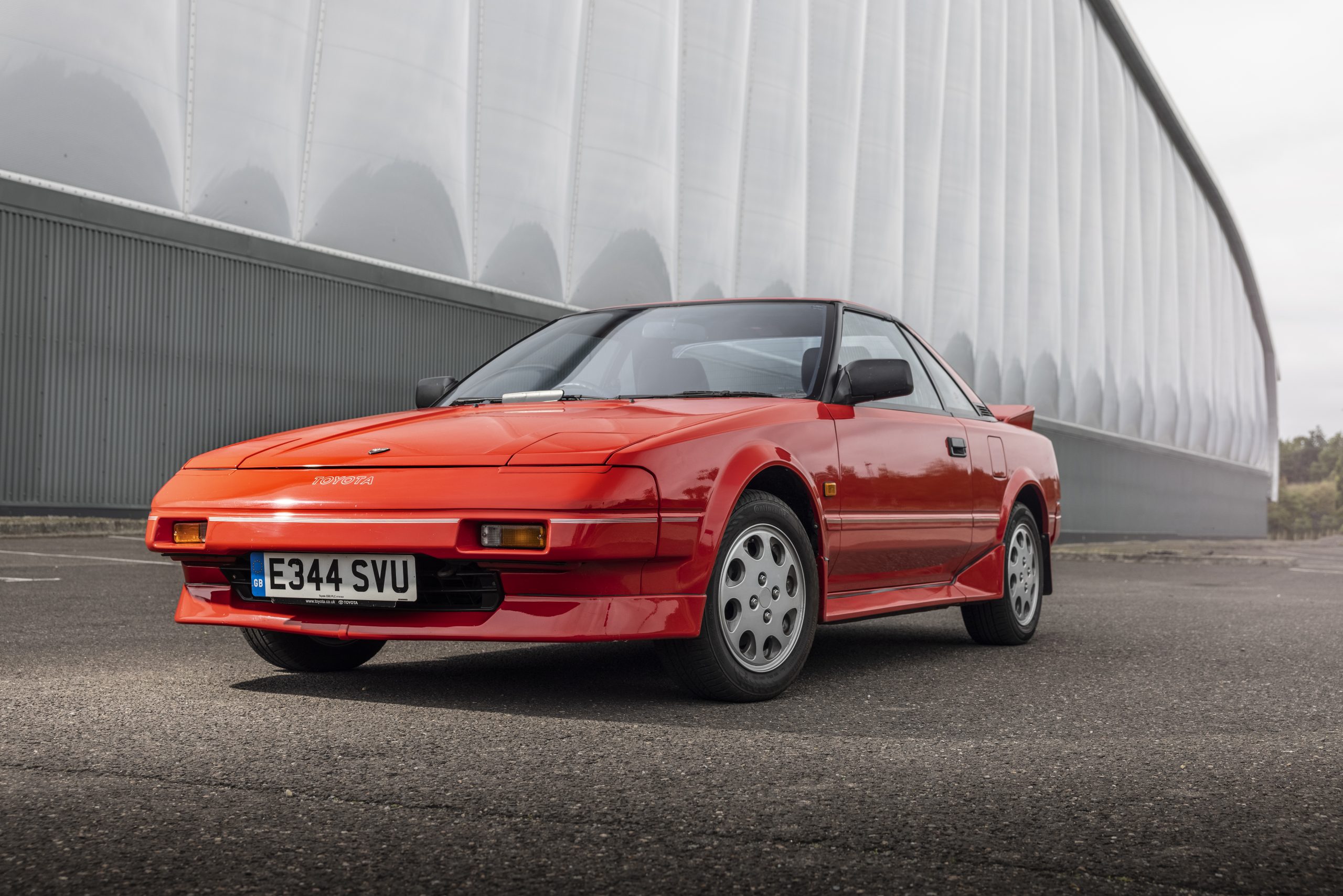 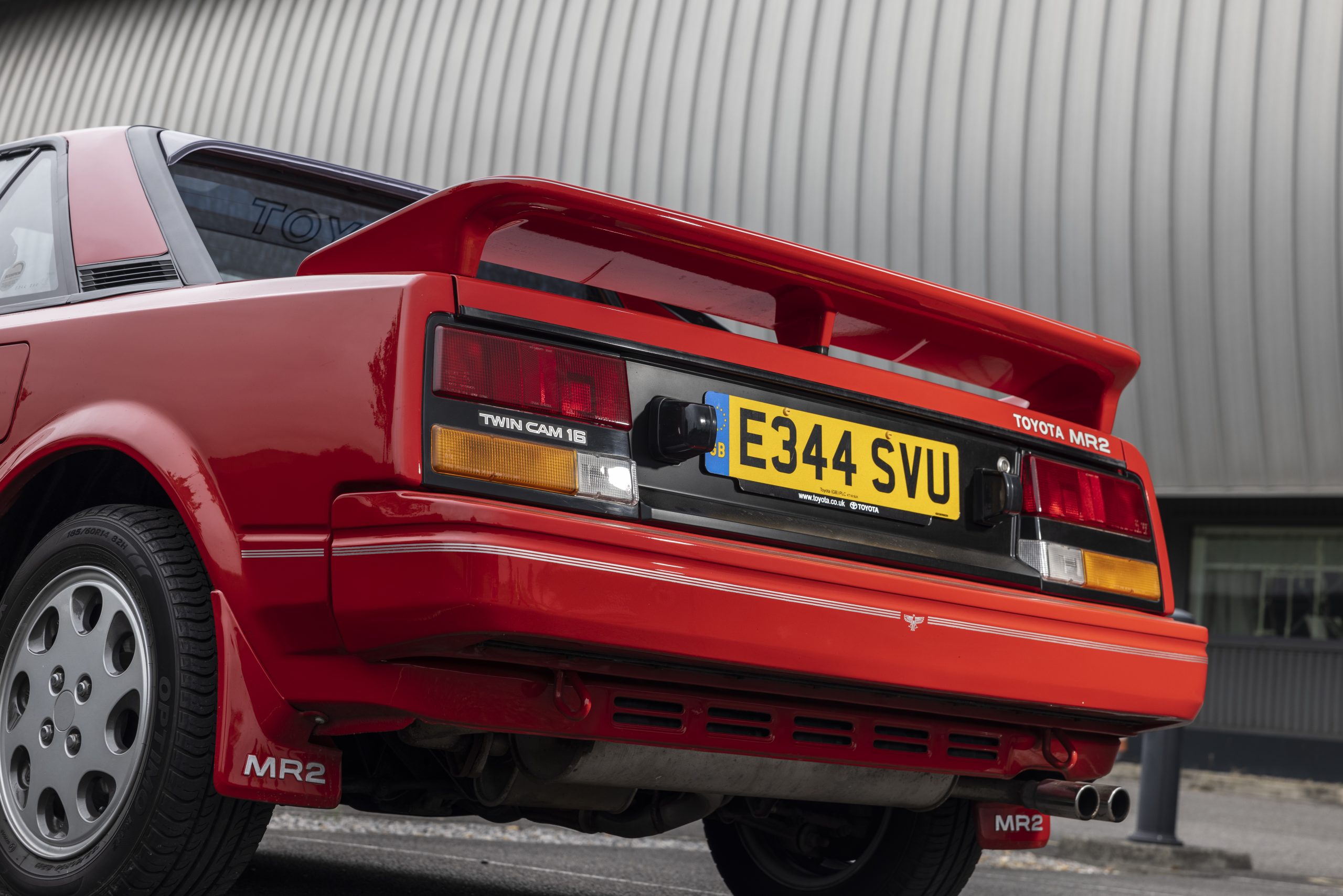 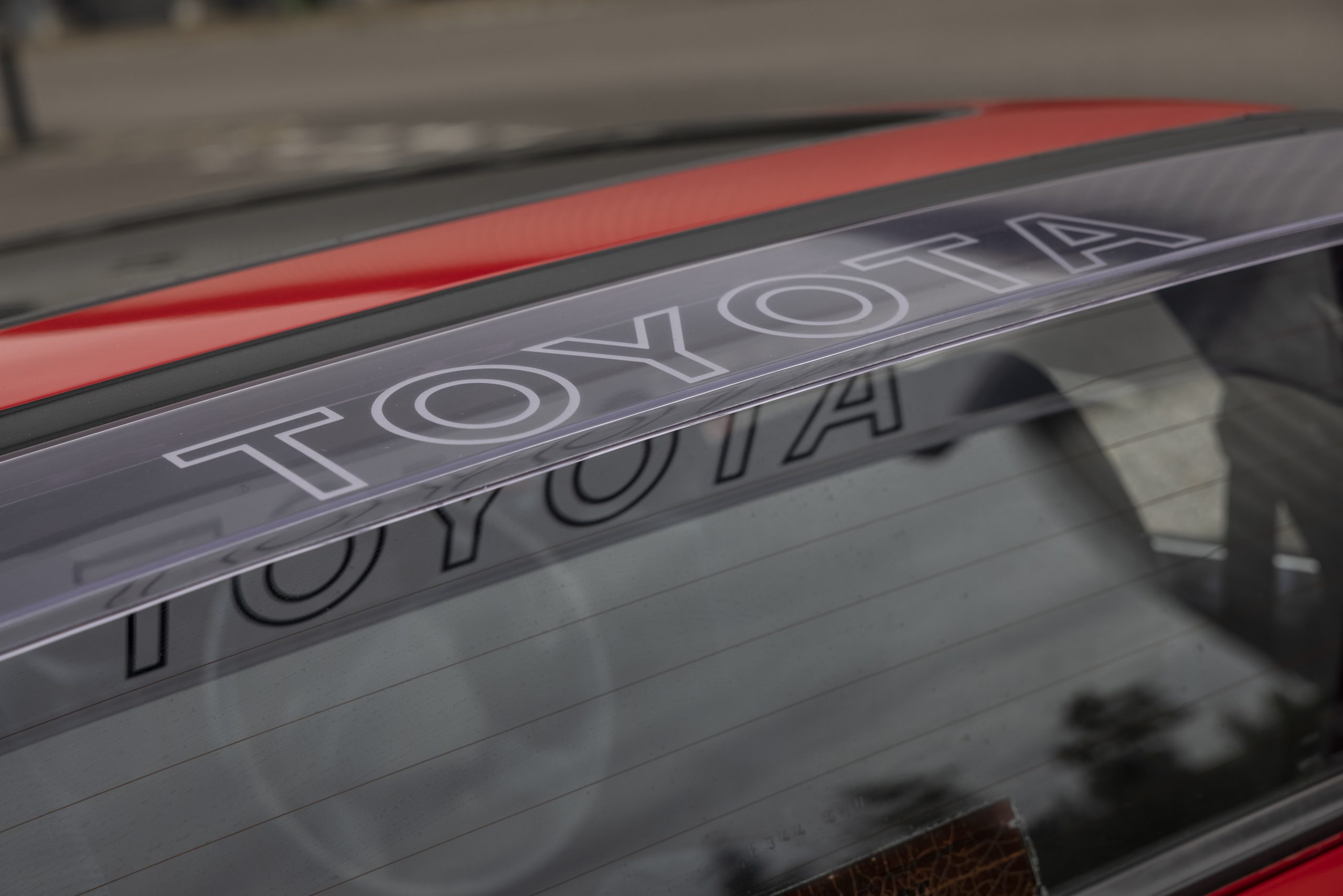 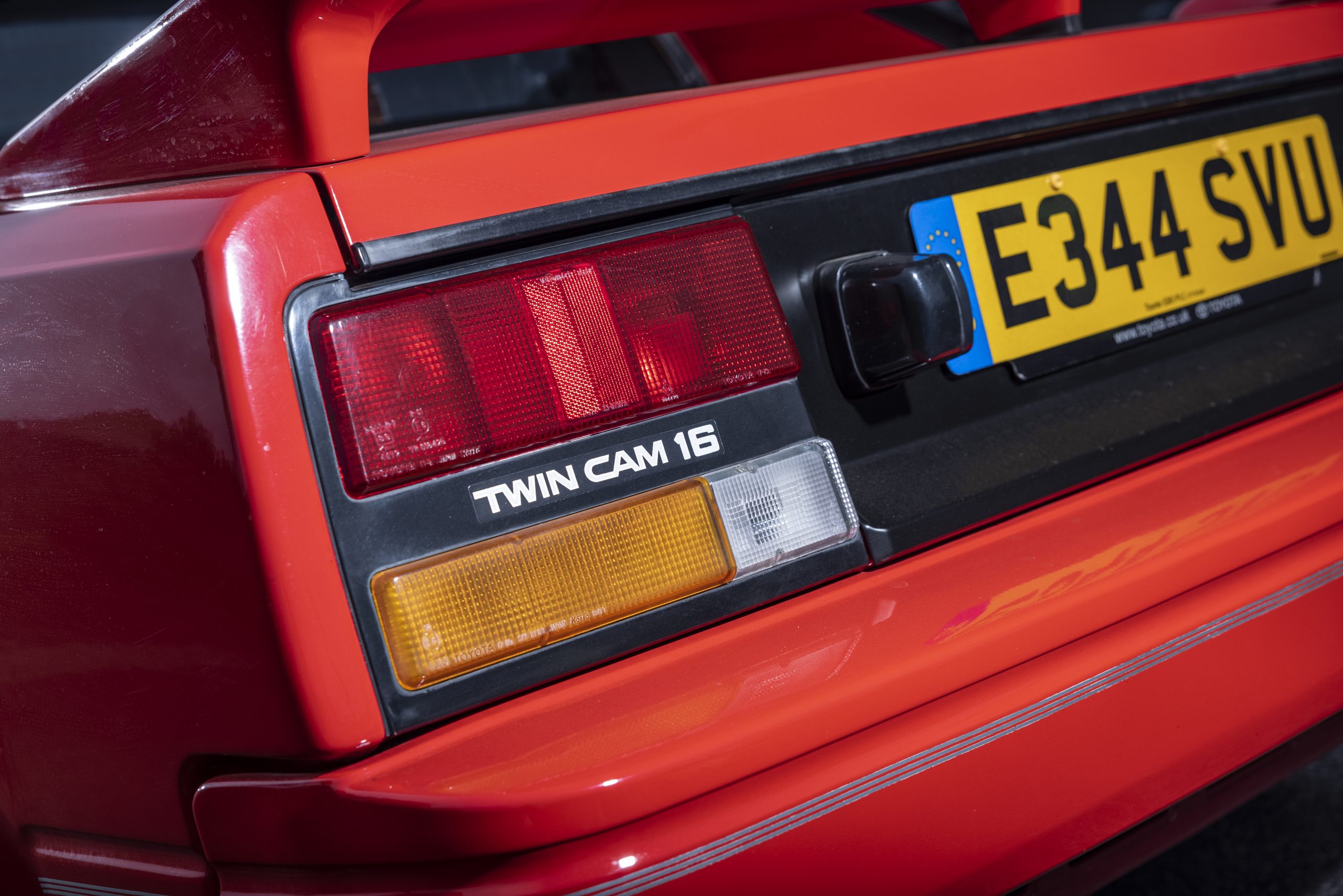 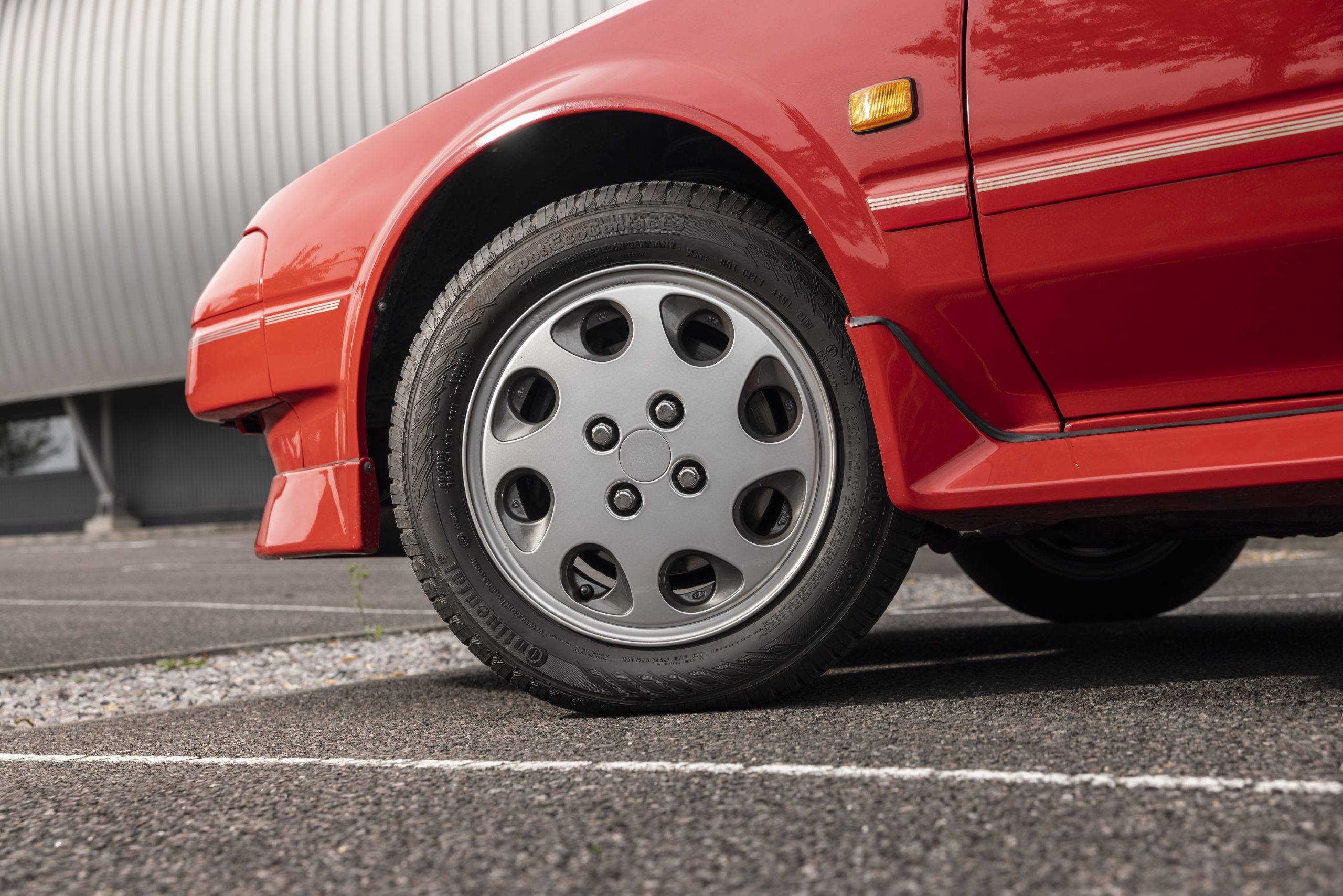 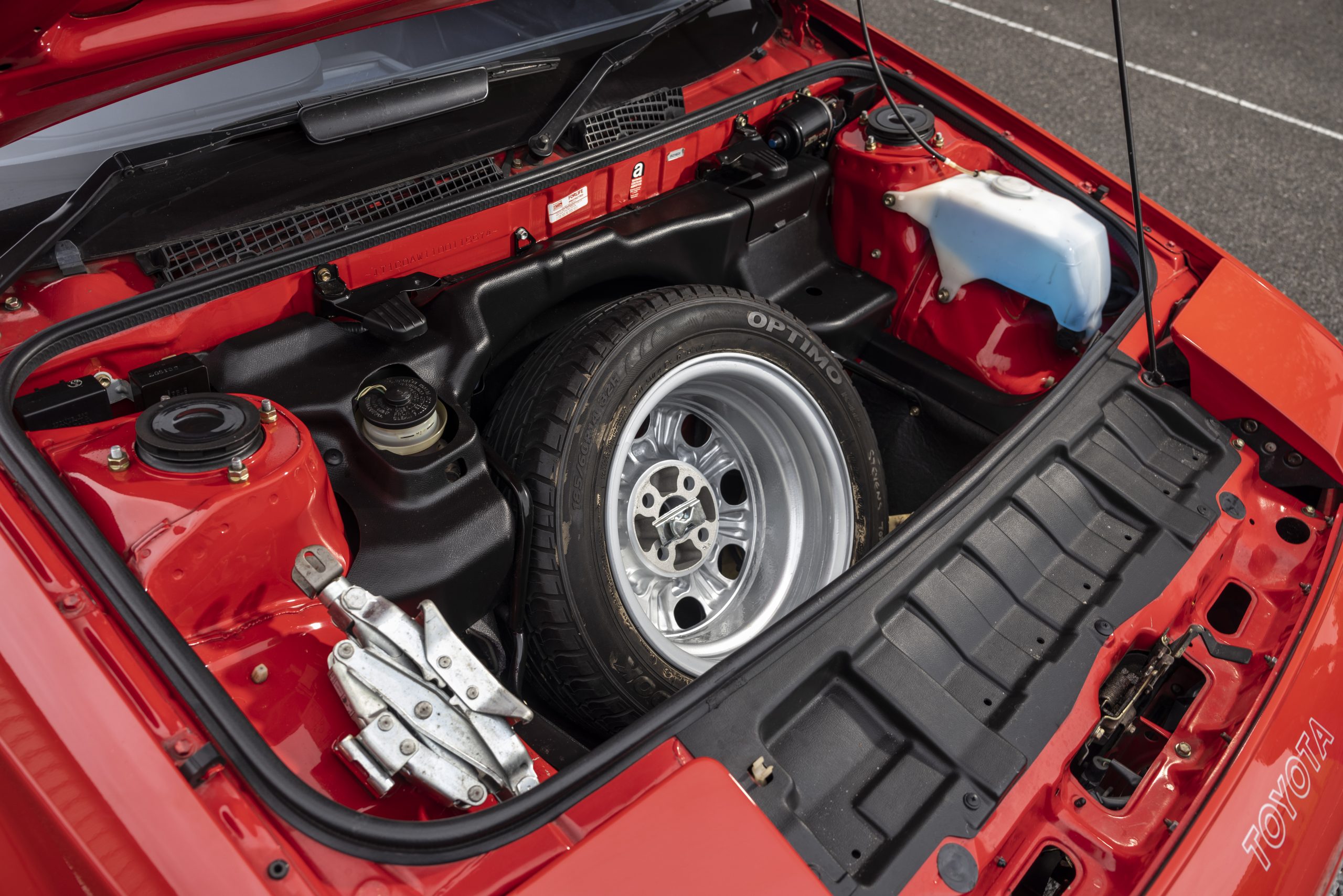 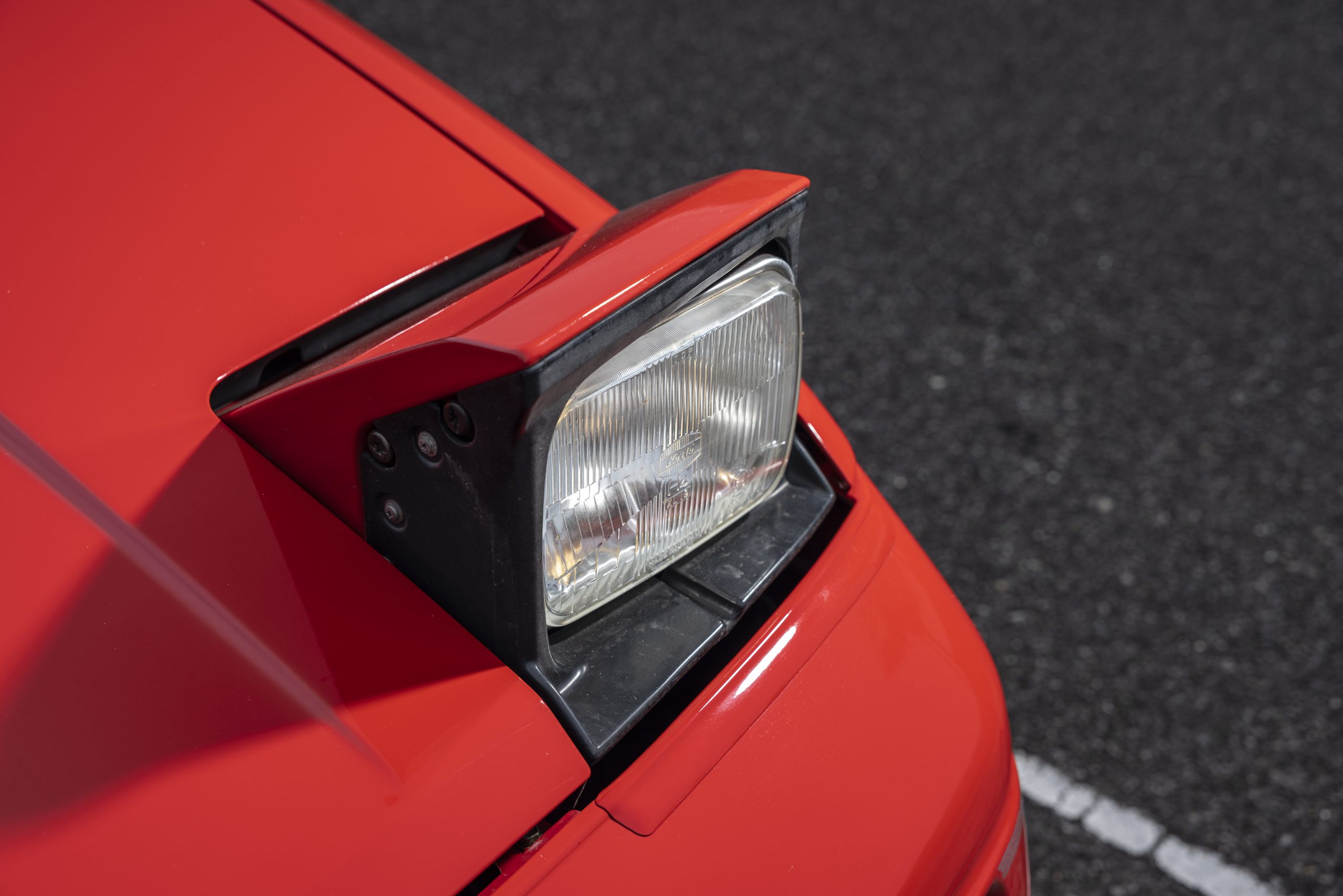 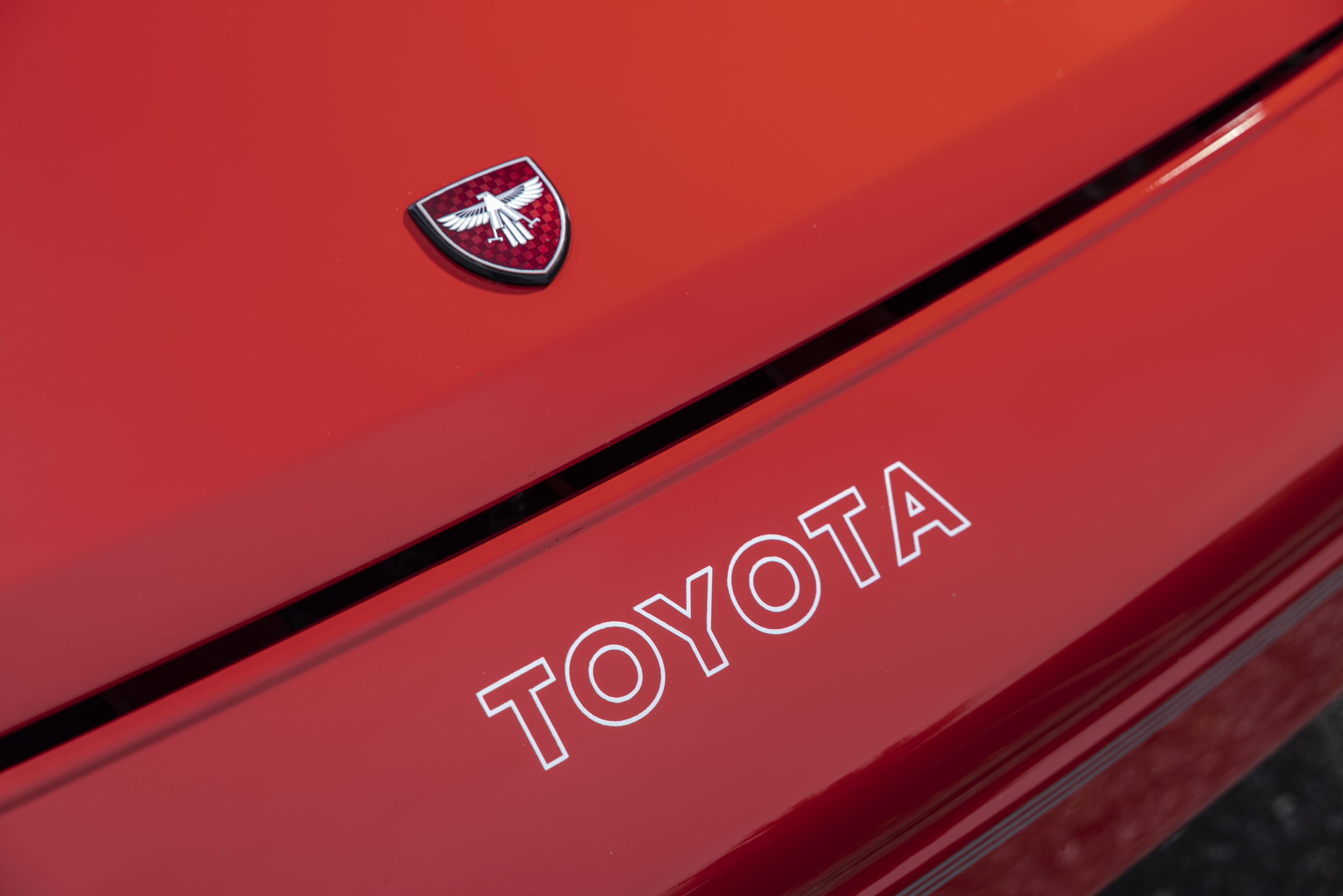 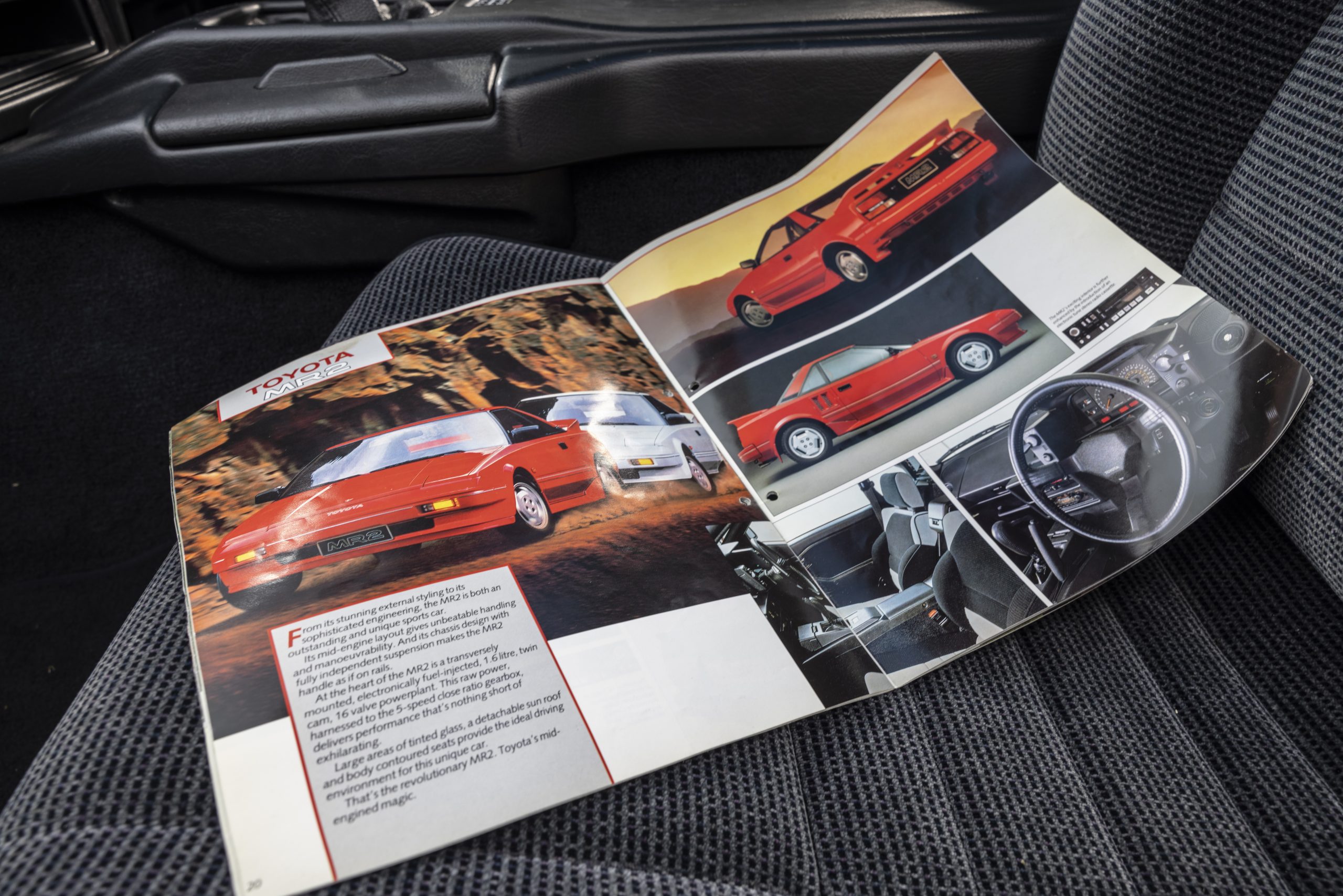 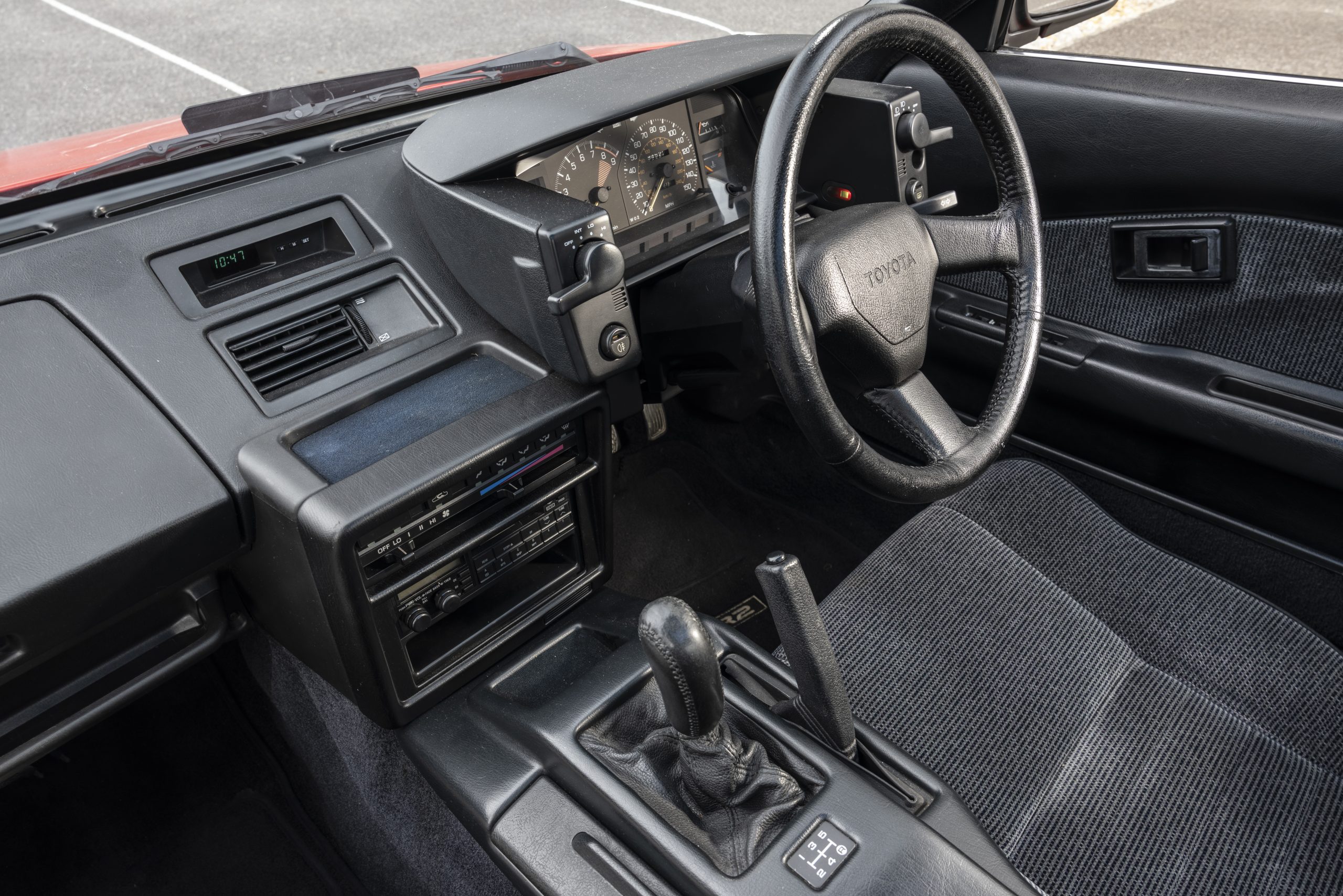 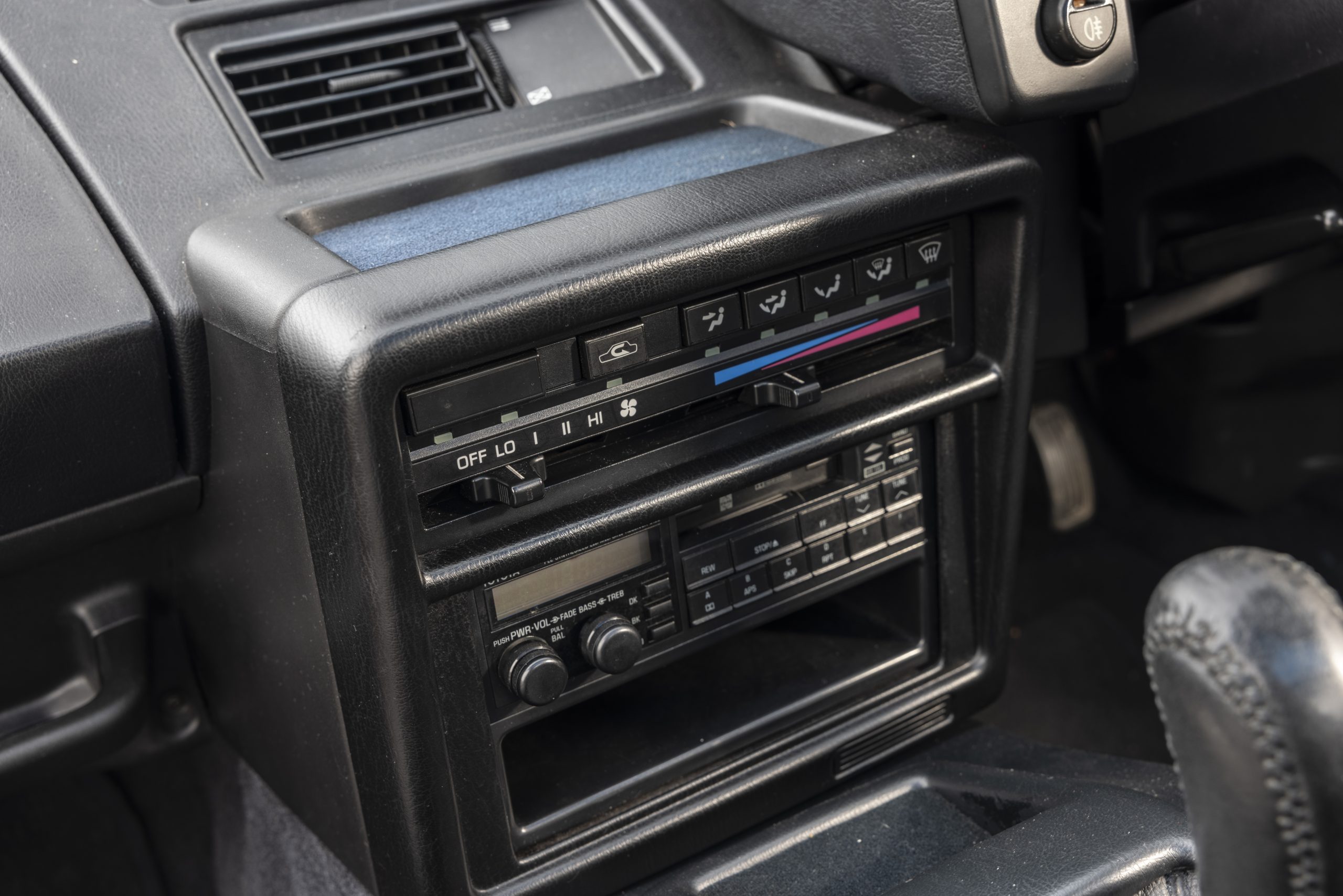 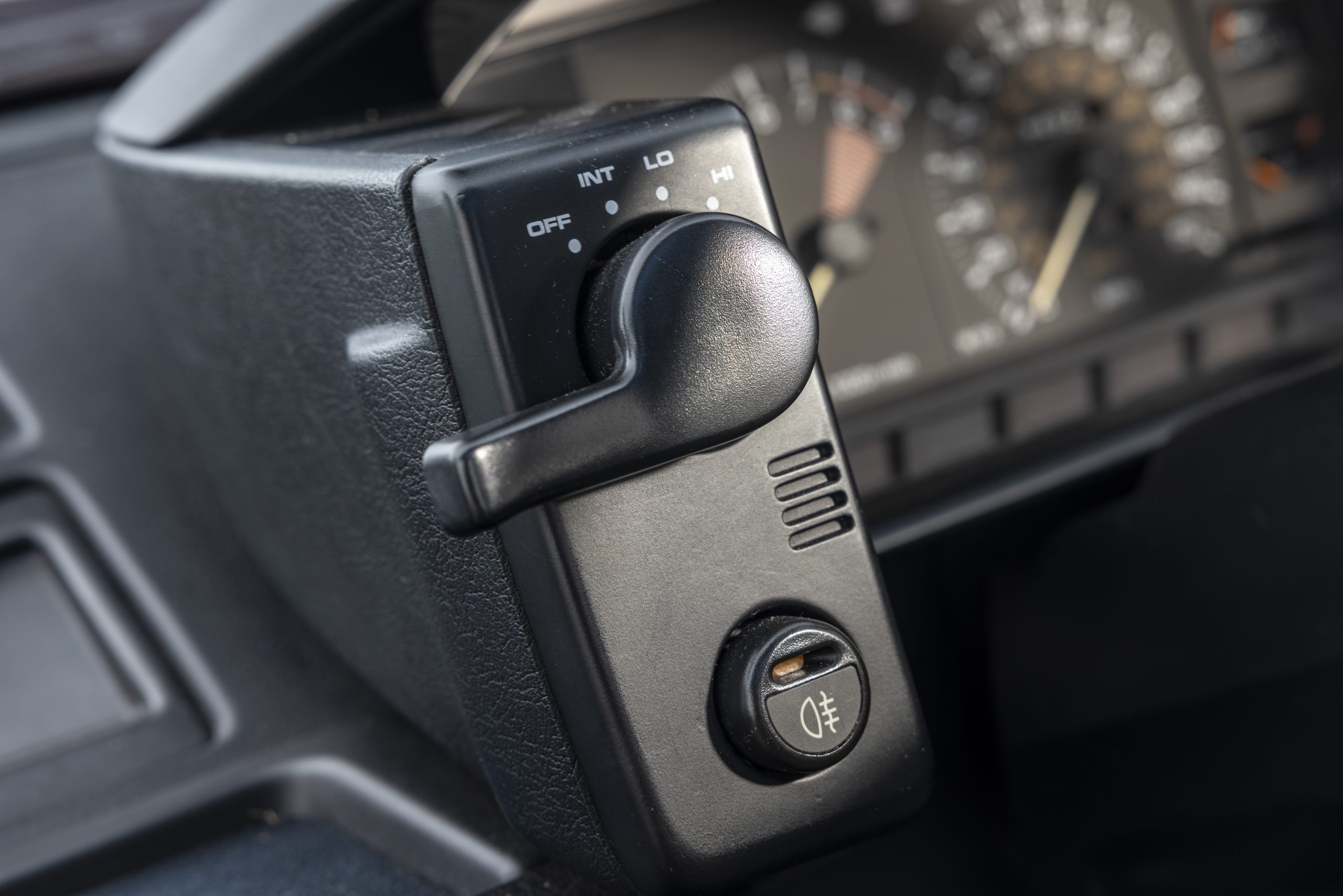 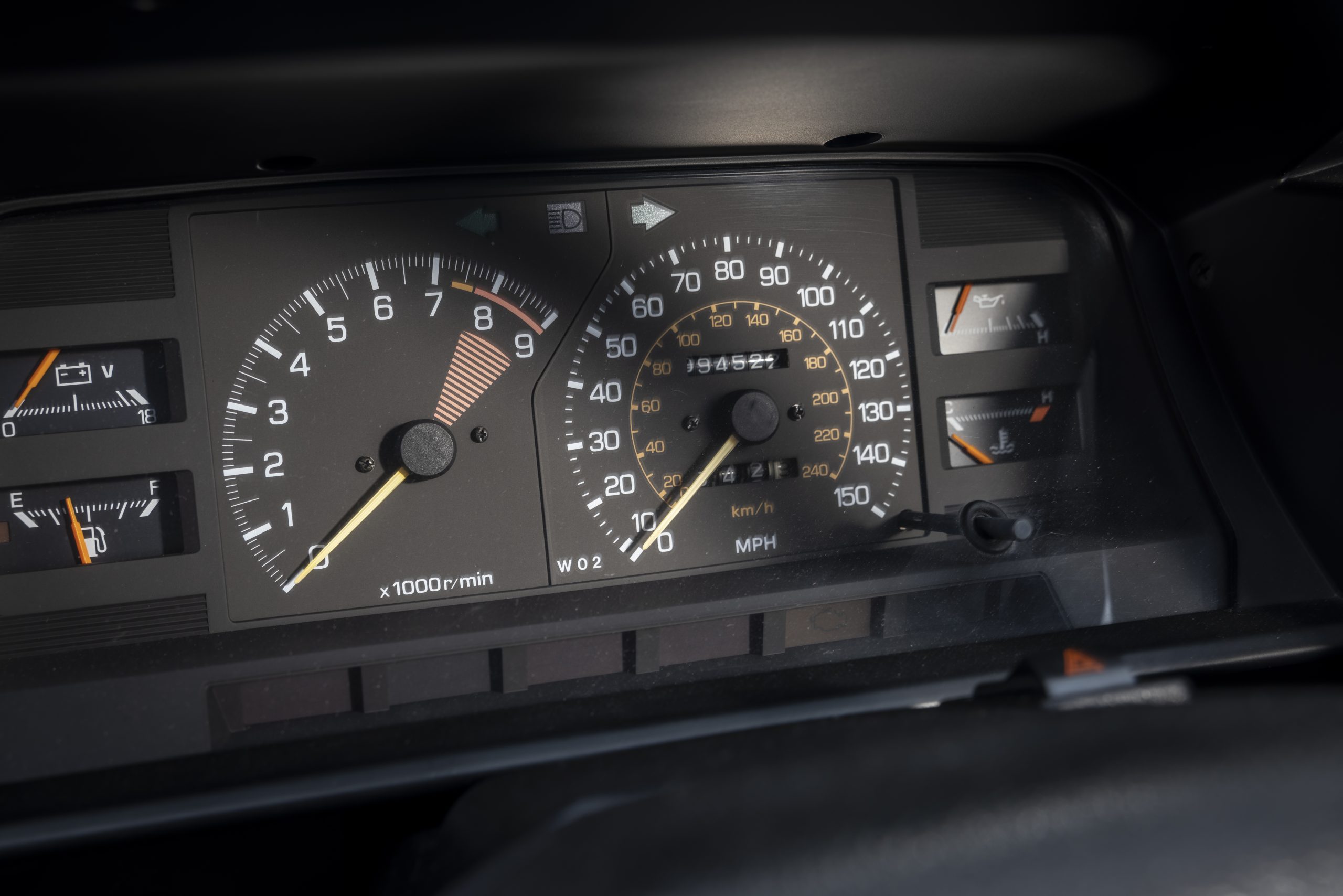 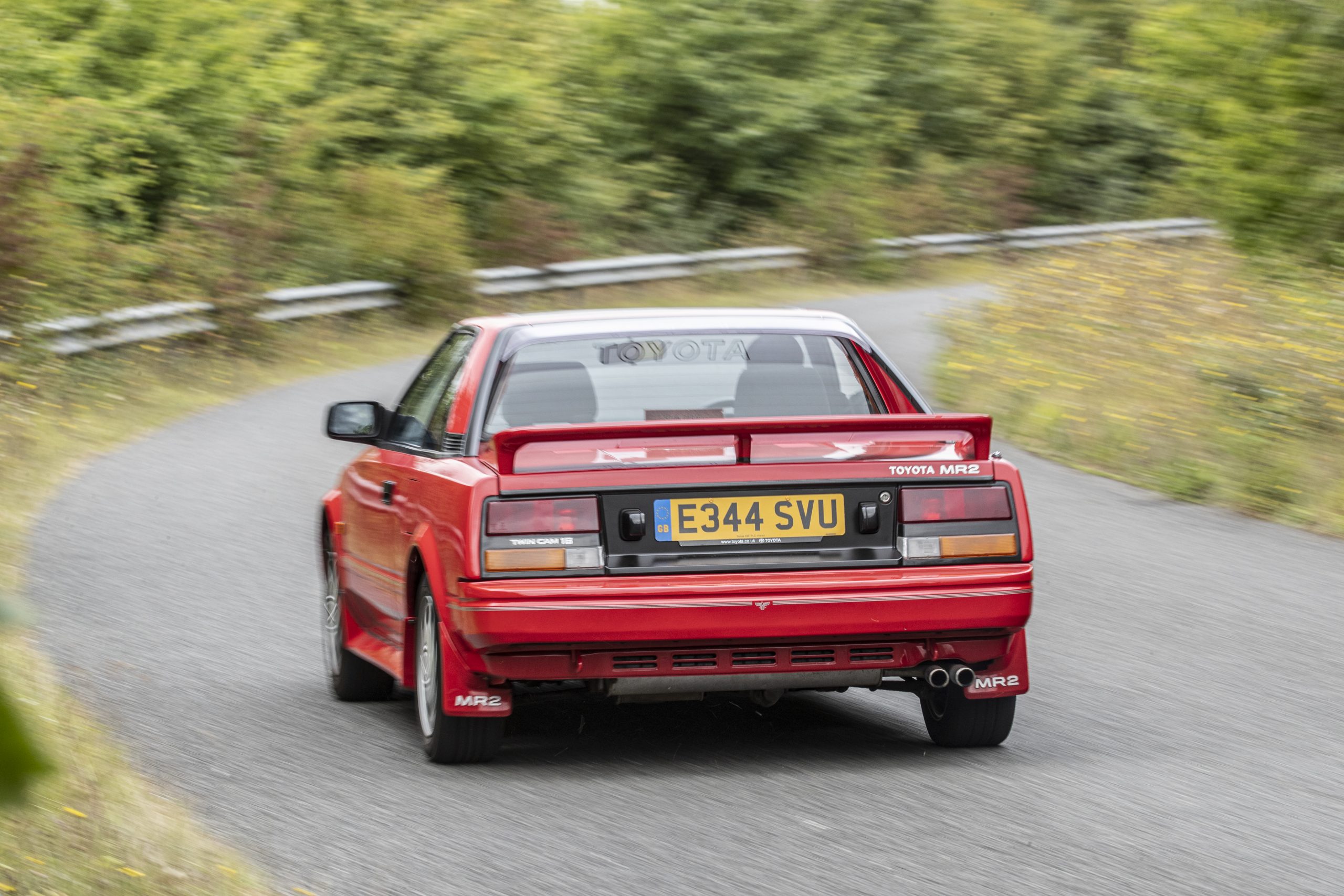 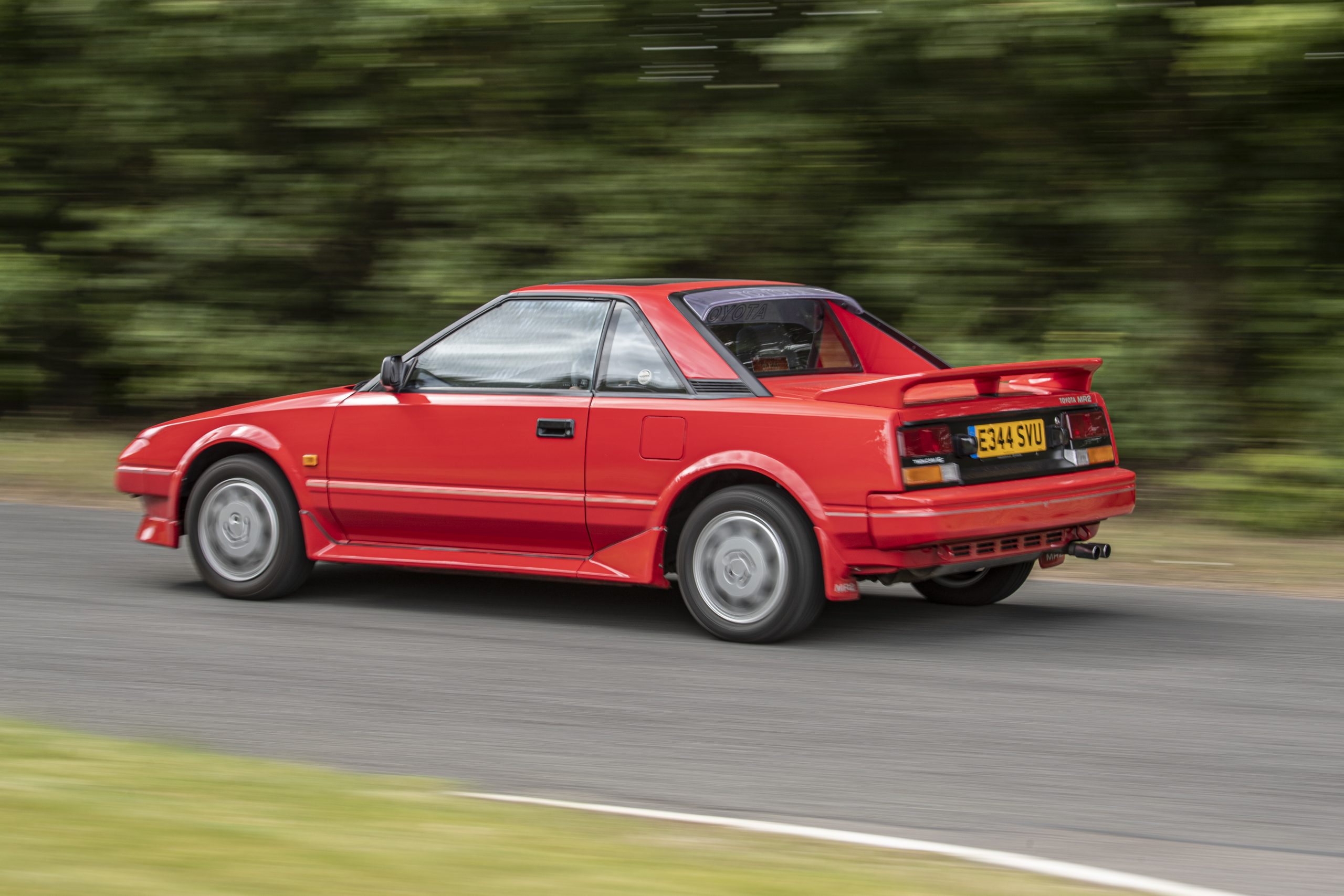