The Driver was a chase-filled thriller with ’70s swagger

Quite unfairly, there are certain scenes that end up defining an entire film: Minis jumping over roof tops in The Italian Job, or McQueen’s Mustang laying down rubber on San Francisco’s streets in Bullitt. And if you can recall just one scene in Walter Hill’s 1978 classic film noir, The Driver, it’s likely to be the infamous destruction of a brand new W108 Mercedes 250 S in an underground car park.

That would be a shame, though, because only in recent years has this minimalist, moody, yet riveting film received the plaudits it truly deserves, especially if you enjoy intelligently choreographed car action. Written and directed by Hill, the story centres around the eponymous character, a never-caught getaway driver played by Ryan O’Neal, and the rabid obsession of his nemesis, The Detective (Bruce Dern), with ridding him from LA’s mean streets. Hill was part of the crew that filmed Bullit ten years before, and with The Driver’s authentically-fast chase scenes, wealth of in-car action and economically-spun dialogue, its influence is clear to see.

One of the first major chases in the film has O’Neal hot-wiring a 1974 Ford Galaxie 500 to make good an escape from a casino heist, before being pursued by a succession of police cars. As with all the film’s chases, it happens at night, and aside from the drama created by the tense in-car footage, the way The Driver (no names in this film) manipulates, then dispatches the cops in their Plymouth Furys elevates this above the usual car-chase fodder.

Such is Dern’s character’s preoccupation with nailing his quarry, he negotiates with two captured crims to ‘employ’ The Driver for a dummy heist in exchange for their freedom. And here we come back to the much vaunted car park scene, starting with The Driver naming his price – ‘Ten thousand up front, against 15 per cent’ – but then being asked to prove his worth. “No process shots were used here, or anywhere else in the film,” stunt driver, Billy Burton told me when I spoke to him a few years ago. “We actually trained Ryan O’Neal to do some of the stunts himself.”

And despite the obvious danger involved, it’s clear that the Hollywood star was genuinely driving the Merc in some shots. The Driver’s demo is initially fast, precise and controlled – a bit like watching an autocross session, but underground – handbraking, J-turning and reverse-turning the shiny orange Merc between the car park’s pillars. But then his driving takes a savage turn: bumpers are neatly ripped from the body, then its flanks are flattened against the pillars as his passengers scream for him to stop. Head-on and rear-on impacts at speed follow – “We had to fit the car with special seats to prevent whiplash,” said Burton – before the heavily re-designed W108 smashes through the car park’s exit barrier and under a timber-laden trailer, partly flattening its roof as it does so.

Interviewed after the film, Hill said he was disappointed with some of the chase scenes, and in once case the serious injury of a crew member meant that stunts were compromised and he had to ‘cobble together’ what he could to make it work. But that certainly wasn’t true of the The Driver’s finale-chase, in which O’Neal’s character pursues the ne’er-do-wells with the key to his bounty.

Behind the wheel of a Chevy C-10 Stepside, The Driver is at maximum attack on the tail of a Pontiac Firebird Trans Am, once again driven by Billy Burton. “We only had one Trans Am, so everything had to work first time. It had a 6.6-litre motor and full race cams. Inside, I had a full ‘cage and seven-point harness.” Which was just as well, since after ‘playing chicken’ in a warehouse, The Driver’s Chevy is victorious, forcing the Trans Am to jink sideways at the last minute and barrel-roll into an inspection pit. “Walter Hill thought I was dead,” said Burton. “And so did the women in the crew, who were crying. But I escaped uninjured.”

The Driver initially flopped in the US, but fared far better in the UK and Europe. However, its influence can be seen in more recent films, like Marc Platt’s 2011 film noir, Drive, and the more commercial Baby Driver from 2017. Even Quentin Tarantino has paid homage to certain scenes from the film in Pulp Fiction and Kill Bill: Volume 2.

Either way, watching The Driver again reminds you of why the ‘70s was a golden age for the Great American Car Chase.

Leap of faith: The Italian Job was Remy Julienne’s stunt spectacular
The Blues Brothers: How John Landis choreographed chaos and destruction on a blockbuster scale
Frankenheimer’s Grand Prix still has you on the edge of your seat after 55 years 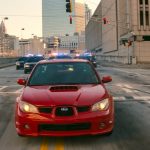 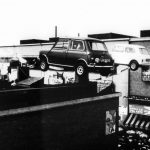 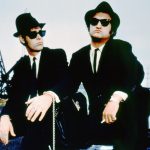 The Blues Brothers: How John Landis choreographed chaos and destruction on a blockbuster scale
A story about
Films Interviews Movies