These boots were made for racing

The 1965 British grand prix was a clean-sweep for homegrown heroes, who took the top five spots in a dramatic race won by Jim Clark, who – remarkably – for the last 16 laps had to kill his Lotus’ engine around corners due to oil pressure problems.

Perhaps even more remarkably, he – and the others – did it in the sort of formal work shoes you’d wear to the office on a Monday morning. Stiff leather lace-ups, Derbys, Oxfords and assorted wing-tips, most likely made by the age-old cobblers of Northampton, just down the road from Silverstone itself.

But a racewear revolution was coming. At around the same time, off the toe of Italy’s boot a thousand-or-so miles south, a trio of Alfa Romeo drivers walked into the seaside shop of an unknown Sicilian shoemaker – specialising in rather ungainly orthopaedic footwear – and asked if he’d consider a special commission.

Those drivers were Ignazio Giunti, Nanni Galli and Geki Russo, contenders for that year’s Targa Florio, the death-defying road race held on public roads in the nearby Madonie Mountains. That town was Cefalù, on Sicily’s north coast, where Targa teams based themselves around the ruins of a 12th century hill fort. And the shoemaker? He went by the name of Francesco Liberto. Or Ciccio, to his friends.

That night in ’65 all four men reconvened in a local pizzeria to work on their design: a pair of racing shoes strong enough for a footwell workout, but as supple as cotton socks for maximum pedal feel. Ciccio’s solution was to fashion some high-top booties from buttery-soft leather, bonded with superglue rather than stitches for a seamless, second-skin sort of feeling.

More than half a century later, and to hear what happened next, we’ve arranged to meet Ciccio, now 84 years old, in that very same shop. Five-foot-three, gunmetal grey eyes, spectacles on a string, checked shirt and trademark braces, he greets us like old friends. “Ahh, the Englishmen!” he says. “Come in. Kiss me!” He leans in. One on each cheek, Sicilian style.

There’s no interpreter, so we make do with Google translate and makeshift sign language. Whatever happened to that prototype pair, we ask? “Well… I decide to glue the sole and upper to give maximum softness, without seams,” Ciccio tells us. “But racing shoes suffer with very high temperatures, in the cockpit. So I’m sorry but… they melted.”

Back to the cutting board, Ciccio altered his design, though he’d have to wait another few years for his big breakthrough. That came thanks to some fleet-footed marketing in the Targa paddock, as recalled by veteran road racer Vic Elford: “In 1968, Ciccio came round to all the drivers saying he’d like to make a special pair of racing shoes for us” he says. “Everyone else was dismissive, but I took him up on his offer. He put a piece of paper on the floor and traced around my feet to get the shape – which was just as well, because most of the big toe on my left foot is missing.”

Elford, in Ciccio’s custom-fit shoes, went on to win that year’s Targa and suddenly – as Elford recalls – “Everyone and his dog wanted a pair”. Almost overnight, Ciccio’s sewing machine went into overdrive, and the world’s best racers went from wearing clodhoppers to something more akin to a ballerina’s pointes. Jacky Ickx. Emerson Fittipaldi. Mario Andretti. Niki Lauda. All wore Ciccio’s shoes.

Half a century on, and still beaming about his work, Ciccio shows us endless sketchboots and reams of hand-written thank-you notes from some of the motorsport’s biggest starts. “In ’77,” he says, “Enzo Ferrari personally included me in his acknowledgments.” By then, Ciccio had become the Cavallino’s official supplier, and Enzo’s endorsement was essentially a consecration.

Now an army of gentlemen drivers wanted a pair too. Of course, these days you can take your pick from a thousand slimline spin-offs, but back then Ciccio was the go-to guy. And if you still want the real-deal, you’re in luck. Ciccio’s still in business. From his store – a jumble of shoeboxes, wooden lasts, and floor-to-ceiling racing memorabilia – we follow him up narrow, cobbled streets to his workshop, travelling back about 100 years as we step inside the heavy wooden door.

Inside, the cold stone floor is carpeted with expensive leather offcuts. Ciccio picks up a sheet of royal blue hide and slices through it with a scalpel. “Now I stitch,” he says. Laying the fabric on the sewing machine, he rolls his heels on the treadle of his vintage Pfaff machine, sending the needle bobbing up and down with the rhythmic click-clack of a slow-moving train.

It’s a masterclass from a master craftsman, albeit one who now takes orders via email. If you fancy a pair, be prepared to save up – boots start from about €1,500 a pair (about £1350); even more if you want custom colours or painted illustrations. Pricier than your average brogues, that’s for sure, but a small price to pay for prized racewear from the world’s quickest cobbler.

The One That Got Away: "Jake", Sarah Crabtree’s ginger Mini 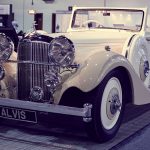 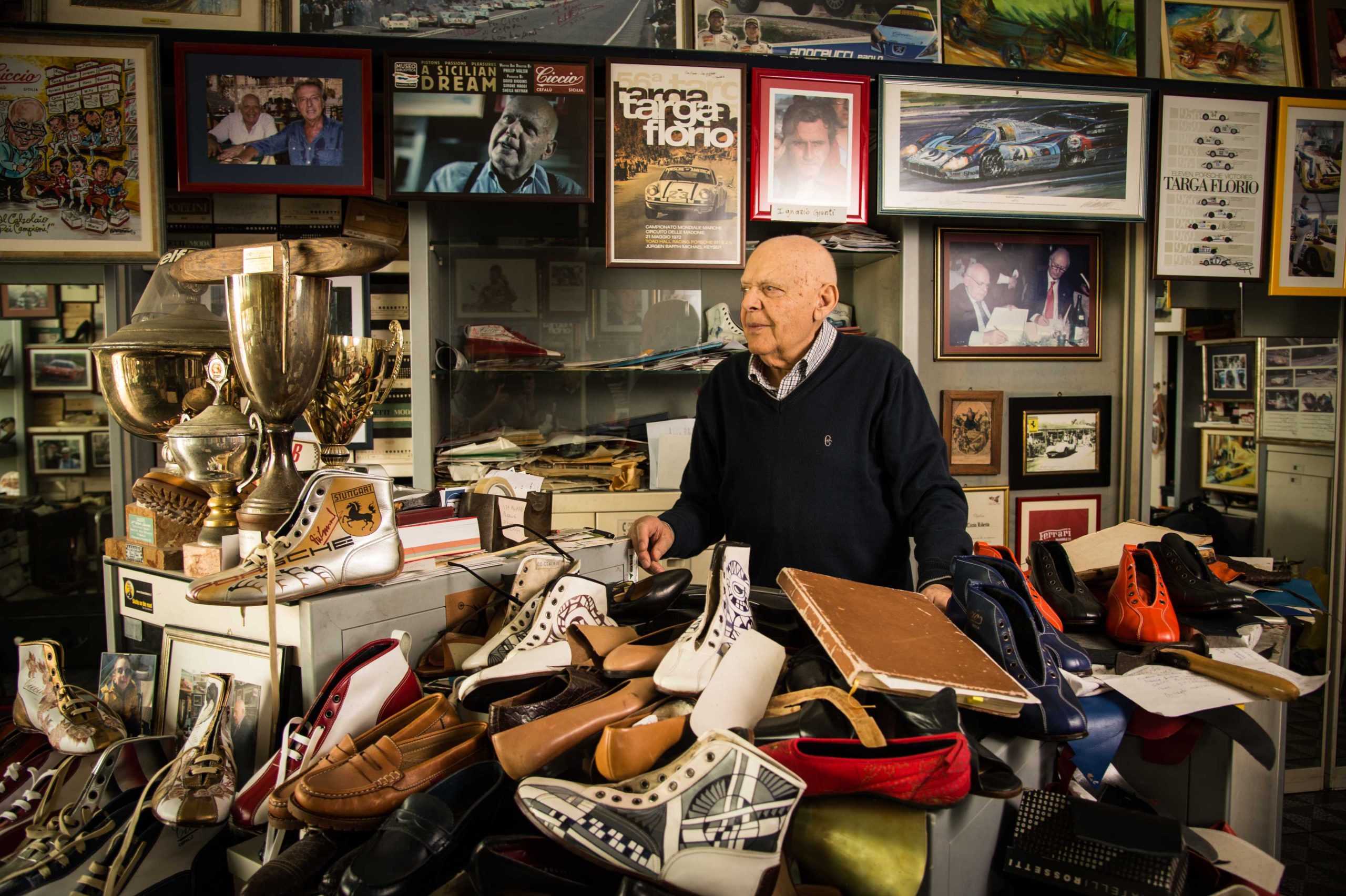 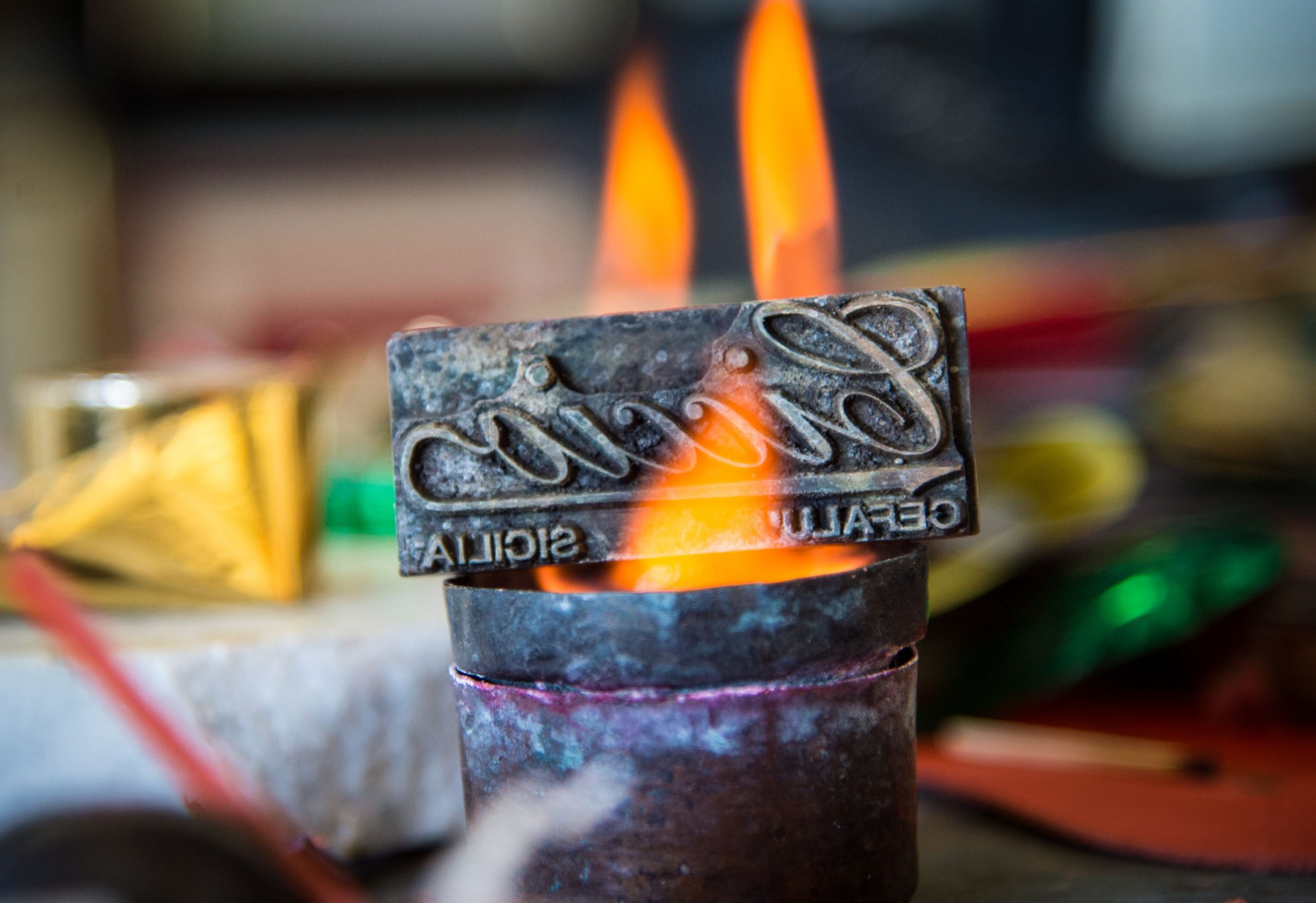 A story about
Interviews Motor racing