We don’t tend to think of Subaru as a weird car company today. A niche one perhaps, with a range of sturdy and dependable all-wheel drive passenger cars that don’t attract much love from the press but do garner loyalty among owners.

But before the modern hatchbacks and estates, and before a decade of rallying success, Subaru was a bit strange. And as Jason Cammisa explains in his latest Revelations video, one of its weirdest cars – the XT coupe – was actually its attempt to fit in.

Prior to the XT, Subaru had introduced itself with the Fiat 500-like 360 kei-car, and then spent a few decades building up a portfolio of practical but not particularly attractive saloons and estates, most with the benefit of all-wheel drive – then mostly the preserve of serious off-roaders.

In the 1980s though Subaru’s USA dealerships pressed Japan for something it could sell against the market’s burgeoning demand for coupés such as the Honda Prelude and Toyota Celica. Subaru said yes, and gave them the XT – a normal, two-door coupé… that wasn’t normal at all.

Offered with flat-four and later flat-six engines, front- or all-wheel drive, styling influenced as much by the wind as by a designer’s pen, and available with adjustable-height suspension, the XT was a weird Subaru through-and-through. Only natural then that friend of Hagerty, Paul Cowland, is an XT owner…

Cammisa marvels at these details and more, before going for a drive. It’s worth sticking around for that at the very least, as it’s a bit more… err, exciting than those of previous videos.

Subaru would follow up the XT with the SVX: a Giugiaro-designed, flat-six, all-wheel drive and auto-only rival to the Japanese sports cars of the era. Subaru clearly wasn’t ready to give up weird just yet.

Our classics: 1996 Subaru Impreza Turbo
The One That Got Away: Paul Cowland and the Subaru Impreza 22B he should never have let go
The Mk2 Honda Legend attracted the wrong kind of attention 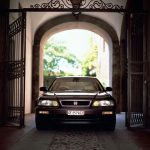 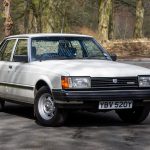