James Dean’s career as an actor and racing driver was cut tragically short on September 30, 1955, when his “Little Bastard” Porsche 550 Spyder was involved in a catastrophic collision on the way to a race meeting. Dean was killed instantly, but Little Bastard would go on to cause considerably more trouble.

In fact Little Bastard had caused upset almost from the moment Dean bought it. A week before the fatal crash Dean met British actor Alec Guinness in Los Angeles. Guinness had an ominous feeling on seeing the Porsche and would later write in his diary: ‘The sports car looked sinister to me . . . exhausted, hungry, feeling a little ill-tempered in spite of Dean’s kindness, I heard myself saying in a voice I could hardly recognise as my own: ‘Please never get in it. . .  if you get in that car you will be found dead in it by this time next week.’”

Dean laughed it off and set about preparing the car for the Salinas sports car races with his Porsche mechanic Rolf Wütherich. Enlisting stuntman Bill Hickman to help out, the original plan was to tow Little Bastard to the races, but Wütherich felt it would be better for Dean to get used to the Spyder and run the engine in. On that fateful Friday, Wütherich sat next to Dean, while Hickman followed with his truck and trailer. Police pulled over the convoy and issued a pair of speeding tickets just outside Bakersfield. It didn’t slow Dean down one bit.

Dean was barrelling along Route 46 at an estimated 85mph when Donald Turnupseed, a young student from California Polytechnic State University, driving a Ford Tudor, decided to make a sudden turn on to Route 41. The impact sent the Ford almost 40 feet down the road and ejected Wütherich from the Porsche. Dean was pronounced dead on arrival at the Paso Robles War Memorial hospital at 6.20pm.

Despite being declared a total loss by the insurance company, the car was sold on and would continue to cause carnage wherever it – or even parts of it – went.

Dr. William Eschrich bought the Porsche from a salvage yard in Burbank and proceeded to strip it for parts. Eschrich installed the Porsche’s engine into his Lotus IX race car, then loaned the transmission and suspension parts to fellow doctor and racer Troy McHenry. Eschrich crashed the Lotus at the 1956 Pomona sports-car races, surviving, but McHenry wasn’t as lucky. He hit a tree and was killed in the same race, and so the “curse of Little Bastard” gained strength.

Dean’s Porsche carried on. Shortly after the crash, publicity monger and self-proclaimed “King of Kustoms” George Barris bought the Spyder, promising to rebuild it. When the mangled frame was found to be beyond recovery, Barris chose to capitalise on the car’s notoriety. The Porsche was loaned to the Los Angeles chapter of the National Safety Council, and from 1957 to 1959, it went on a gruesome tour of car shows, cinemas and bowling alleys. In March of 1959, while in storage in Fresno, the car mysteriously caught fire. It suffered remarkably little damage – two melted tyres and some singed paint – and fortunately the fire didn’t spread to other vehicles in storage. Meanwhile, Barris had sold a pair of tyres from the 550 and both reportedly blew at the same time, causing the new owner to career off the road.

There are other unconfirmed stories of Little Bastard’s post-accident life. The car is said to have fallen from its display while on show in Sacramento, breaking the hip of a bystander. The Spyder also reportedly fell on and killed George Barkus, the driver who transported it to a road-safety expo. Finally, the Porsche is rumoured to have disappeared from a sealed boxcar in 1960 while en route from Miami to Los Angeles. Some believe that Barris, ever the showman, fabricated that story as a way of keeping the car’s mystique alive.

Despite a million-dollar reward for information being offered in 2005, the whereabouts of the Porsche 550 Spyder remain unknown. With Barris himself now gone and no sign of the car for 60 years, the end of Little Bastard’s haunting story may never be revealed. 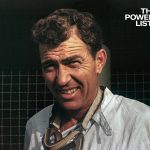 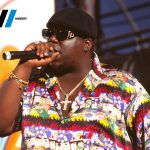 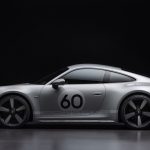