11 Hollywood heroes who felt the need for speed

He’s played X-Men’s Magneto and Shakespeare’s Macbeth, but Michael Fassbender’s toughest role yet was behind the wheel of a Mk2 Ford Escort on the Rally of the Lakes in Ireland. Fassbender – or “Fastbender,” as it says on his race suit – is a tidy driver on the track, and he’s got a win in the 2018 Ferrari Challenge North America and a season of Porsche Super Sports Cup to prove it. Rallying, however, would prove to be a very different and steep learning curve for the Irish-German actor.

Watch Fassbender in action on the Vero channel, and then check out ten other Hollywood heroes who have felt the need for speed, below.

We all know how things ended for James Dean behind the wheel of his “Little Bastard” Porsche 550 Spyder. But before his tragic demise Dean had shown real talent behind the wheel in three races in his 1955 356 Super Speedster. Racing against Ken Miles, among others, Dean finished in second place at the Palm Springs Road Races. He was first in class and third overall at Minter Field and cut through the field from 18th to fourth at the Santa Barbara Road Races before his engine blew.

McQueen was a triple threat. He could act, drive, and ride. His two-wheeled exploits saw him inducted into the Off-road Motorsports Hall of Fame in 1978; we suggest you watch On Any Sunday to find out more about his riding. On four wheels McQueen’s most notable exploits included taking a BMC Mini to third place at Brands Hatch in a 1961 British Touring Car Championship race and winning the 12 Hours of Sebring in a Porsche 908 in 1971 – despite having a cast on his left foot. You can read more about that race, and the efforts of Peter Revson, his co-driver, here.

It’s fitting that the 1969 film Winning would kickstart Paul Newman’s racing career, because win he most certainly did. Newman took four SCCA championships, came second overall at Le Mans in 1979 driving a Porsche 935, and became the oldest driver to be part of a winning team when he won his class at the 24 Hours of Daytona in 1995 at the age of 70. He didn’t stop there, either, winning at Lime Rock when he was 81. As co-founder of Newman/Haas Racing, he would also oversee eight drivers’ championships in the Champ Car series. Winning indeed.

During the filming of Grand Prix James Garner reportedly kept up with Graham Hill, Jack Brabham, Jackie Stewart, and Jöchen Rindt. In 1967 he founded American International Racing, which would field cars at Le Mans, Daytona, and Sebring. Garner also took part in the grueling Baja 1000 in a Porsche-powered Meyers Manx and would go on to tackle the event in Ford Broncos and Oldsmobiles. He even drove the pace car at the Indy 500 three times.

The French Connection star spent the ’70s campaigning a Formula Ford in the SCCA. By 1983 he’d impressed Dan Gurney enough to earn a seat at the 24 Hours of Daytona, although the race ended with mechanical failure. His only victory came in the 1980 Toyota Pro-Celebrity Grand Prix at Long Beach, but ace race instructor Bob Bondurant maintained that Hackman was one of his best students.

Patrick Dempsey is one of very few actors whose list of race appearances is almost as long as his acting credits. He first took to the track in 2004 driving a Panoz and by 2007 he was taking part in the Rolex Sports Car series. He finished ninth at Le Mans in 2009, returning in 2013, 2014, and 2015; that final year, he secured a podium finish in the GTE Am class. He is a multiple race winner across numerous championships from Porsche Supercup to the Maserati Trofeo and the American Le Mans Series. You can watch him talk about his track experience in this interview.

Australian Eric Bana has a love of cars that began when he was 14 and wanted to quit school to become a mechanic. A year later he bought his beloved “Beast,” a 1974 Ford Falcon XB that he still owns today – despite almost destroying it on the 2007 Targa Tasmania Rally, an event he first entered 11 years earlier but failed to finish. He took part in Australia’s Porsche Challenge in a 944 with a best finish of fourth in 2004.

Mr Bean and Johnny English actor Rowan Atkinson has a developed a reputation as being almost as hilariously inept behind the wheel as he is on screen. He famously crashed his McLaren F1 twice, and had a massive off in an Aston Martin V8 Zagato during an owners’ club race. However, he’s actually quite handy and has completed two seasons of the Renault 5 Turbo championship, used to race an Aston Martin V8 V Zagato and raced both at the Aston Martin Le Mans festival in a Vantage GT4 and at the Goodwood Revival in a Jaguar Mk VII.

Paul Walker will forever be Mr. Fast and Furious. He lit up the big screen and, in the 2010 Redline Time Attack Championship, he lit up the tires of a BMW M3. Campaigning in the street tire class he made the podium and impressed the professionals. Echoing James Dean’s legacy, Walker’s career was cut short when the Porsche Carrera GT he was riding in crashed in 2014.

Idris Elba is the only actor that we know of to break a land speed record. In 2015 The Wire star smashed the U.K. flying mile record at 180.4 mph. Driving a Bentley Continental GT Speed on Pendine Sands, he smashed the record that had been set nearly 90 years before by Sir Malcolm Campbell in Blue Bird. Elba also tried his hand at drag racing and at rallying as part of a Discovery Channel series: Idris Elba: No Limits. 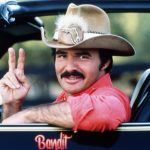 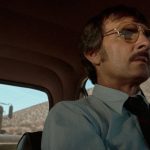