If there is one car that’s going to safeguard the future of Aston Martin, it is the least Aston Martin-like car it has ever created: the DBX – reviewed here – a sport utility vehicle (SUV) that appears to fly in the face of all that Aston has stood for since it was founded in 1913.

Yet whether fans of the British sports car company like that genre of car or not, the order books are full and as the company radically rethinks its approach, as it must in these strange and difficult times, it will be the SUV that sustains it. And if you’re looking for precedent, just look at what the Cayenne did for Porsche at the turn of the century. Its influence was transformative.

As the dust settles at Aston Martin and the production of the DBX begins we revisit seven other models that proved significant in the history of Aston and, to one extent or another, can rightly be judged as instrumental in the saving of the company.

The International was the first new Aston Martin after the company went bust in 1925 and Lionel Martin departed the scene. Under the guidance of new owners Bill Renwick and ace engineer Augustus ‘Bert’ Bertelli and fitted with the latter’s brilliant overhead camshaft 1.5-litre engine, the International led to a series of superb pre-war Astons. These included the Le Mans and immortal Ulsters, which may never have made much money but perhaps more importantly cemented Aston’s reputation among the world’s finest sports car manufacturers, according it a status and desirability it retains to this day.

The DB2 was not the first post-war Aston Martin, but the company was never going to get anywhere with the underpowered 2-litre Sports, only retrospectively and informally known as the DB1. It was the DB2 which set the template for Aston’s future, by combining Aston’s superb chassis conceived pre-war by Claude Hill with the 2.6-litre twin cam six cylinder engine designed for Lagonda by WO Bentley.

I doubt many people regarded the DB4 as a car that saved the company when it came out a decade after the DB2, but in retrospect it’s clear that this all-new car with its all new Tadek Marek engine, built in Aston Martin’s new home in Newport Pagnell paved the way for the DB5 that followed and, crucially, the James Bond connection it maintains to this day. Without it who knows where the company might be now, if anywhere at all?

Bet you didn’t expect to see the Lagonda on the list of cars that saved the company but, in a very real way, it did. It might have looked odd and had a few problems with its technology, but it was very popular in certain parts of the world, none more so than the Middle East and with the Kuwaiti royal family in particular. Sales of these top dollar cars helped the company keep going when at its absolute lowest ebb and then provided an entirely unexpected second lease of life after production had officially ceased when they all needed replacing in 1991 after Saddam Hussein’s army had blown the originals sky high.

By 1993, Aston Martin was part of Ford, but not yet safe. Ford was haemorrhaging money and plenty of its US executives – some of whom thought the company was called Austin Martin – wanted to get rid it. Aston had one chance and with little or no in-house engineering remaining of its own, it entrusted the job to Tom Walkinshaw’s TWR. Taking a project to reskin the XJS that had just been rejected by Jaguar, TWR turned to Ian Callum to create a shape for a modern Aston Martin, the DB7 was born and secured not just the company’s future, but the right to regrow its engineering base and relocate to a new factory in Gaydon.

The DB7, vital though it was, was only a transitional car, a means of bridging the gap between Aston’s past and future. And that future relied entirely on the DB9 and the V/H (vertical horizontal) platform upon which it sat as would the Vantage, Virage, DBS, Rapide and second generation Vanquish that followed. Had the DB9 failed, so would have Aston Martin. And it’s worth remembering that it was the first car engineered from scratch in house since the DB4 back in 1959. The stakes could hardly have been higher, the outcome could scarcely have been happier.

Former Aston Martin CEO Andy Palmer called the DB11 the most important car in the history of the company, and while I’d not go that far, it’s still right up among them. The company was deep in dept, sales sliding with product increasingly unable to disguise its underlying age. This was the car that came with an all new platform, a modern electronic architecture courtesy of new technical partner (and five per cent owner) Daimler, a radically revised V12 and a new AMG V8 under its bonnet. It looked great, drove well and has already spawned some amazing offspring including the DB11 AMR, DBS and Vantage. It remains key to the future of the company. 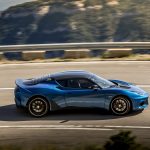 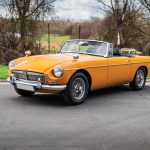 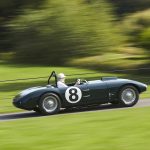 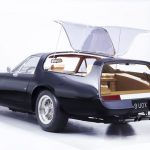 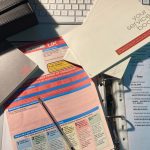 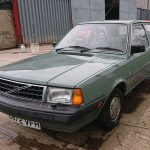 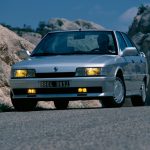