The sticker in the back window of every early Fiat Multipla sold around the UK said it all: ‘Wait until you see the front’.

Not for the first time, Fiat had created something unconventional while attempting to fulfil a practical brief, much like Renault would later, with the ill-fated Avantime.

As Peter Davis, the former head of design for Fiat recalls, the design team was given the full backing of the top brass to create a bold-looking car that could seat six and hold their luggage all within a 4-metre long package. It is not recorded how many of the same executives attempted to distance themselves from the car, once it became clear it was a flop that failed to steal significant sales from the Renault Scenic.

Critics of the Multipla’s styling will point out the people carrier looks like something you’d find at the bottom of the Mariana Trench. Yet the original 1998 model is a thing of strange beauty that deserves every bit of classic kudos coming its way.

Davis led the team that included Roberto Giolito, credited with the exterior appearance, and spoke in the car’s defence at the time. “The truth is,” explained Davis, “the [packaging] concept has given us a very unusual volume, a very unusual proportion. It’s a very wide, very tall and very short car. Some people in their vocabulary of what a car is would find that difficult to accept.”

The fact is, an even more outlandish proposal had been studied, with a central driving position considered. But Davis explained how it was ultimately ruled out as it would have lengthened the car by 200mm, due to the need to site the driver’s seat ahead of flanking passenger seats.

The Italian car maker had looked at the small MPV market and worked out that carrying more than five people was tricky if you did it with three rows of seats. The solution was two rows, just as in a Volkswagen Golf-sized hatch, but with an extra pew in the front so you could cart around six people. In order for this to work, Fiat made the Multipla wider than any of its competitors. In fact, the only car that was broader at the time was the Rolls-Royce Silver Seraph.

The fact the Multipla offered more rear leg room than the Rolls was all the more impressive when you found out the Italian MPV was shorter overall than a Golf, taking up just four metres in length. Along with Fiat’s large greenhouse of windows, it meant the Multipla was never going to be an average monobox shape like a Renault Scenic or Vauxhall Zafira. With an ‘in for a centisimo, in for a lira’ attitude, Giolito came up with a bold, distinctive shape that made the most of every cubic centimetre of cabin space.

You really could carry six people in the Multipla in comfort and still carry all of their luggage, as the boot offered 430 litres of space even with the back seats set as far back as possible. The feeling of space was further enhanced by that expansive glass area and the low window line, which was supported by a steel spaceframe fixed to a platform borrowed from Fiat’s Brava hatchback.

The Brava also donated the simple one petrol, one diesel engine line-up for the Multipla. A 100bhp 1.6-litre petrol was the entry-point to the range but it wasn’t quite up to the job of pushing the Multipla along at higher speeds. For that, you needed the 1.9-litre turbodiesel that started with 105bhp and was improved to 110bhp in late 2000. These smooth, refined diesels suited the Fiat’s on-road manners and made long distances a cinch to cover in comfort.

An unexpected trait of the Multipla, and one that also helps elevate it towards burgeoning classic status, is its fine handling. The wide stance made it stable in corners and on the motorway without resorting to firm suspension settings, while the wheel-at-each-corner design allowed the Multipla to cope easily with the mess of road surfaces usually encountered in the UK. It was even commendably quiet and free from wind and road noise, while the gear shift was light and the lever positioned high on the dash and close to the steering wheel.

The siting of the gear lever was dictated by the third seat in the front row to allow sufficient room for a passenger’s knees. Again, Fiat took this as its cue to go all out with the dash design, which looks like a Stormtrooper is trying to force its way through from the engine bay. Yet, it’s all very clear and logical and easy to read, with the instruments angled towards the driver and the heater controls a hand’s span from the steering wheel. There’s are also oodles of storage spaces dotted around the cabin, while the middle seats in both rows fold down to create picnic tables.

Despite being inundated with ‘family car’ awards from reviewers, Fiat suffered a crisis of confidence – not helped by the seven-seat Vauxhall Zafira, which came out a year after the six-seat Multipla – and caved in to dissenting voices, revising the Multipla’s styling in 2004. The result was a bland appearance that reportedly had the effect of lowering sales further still. Packaging aside, the Multipla had lost its unique selling point.

That original mix of bold design and clever practicality, not to mention the knowledge that there is a fascinating story behind the car, make the Fiat Multipla a great alternative classic car – if, that is, you can find an original example.

Yes, at its height one was displayed at New York’s Museum of Modern Art, for its Different Roads – Automobiles for the Next Century exhibition, alongside the GM EV1, Honda Insight and Toyota Prius, but that was in 1999. In Britain they are now few and far between. More’s the pity. 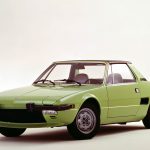 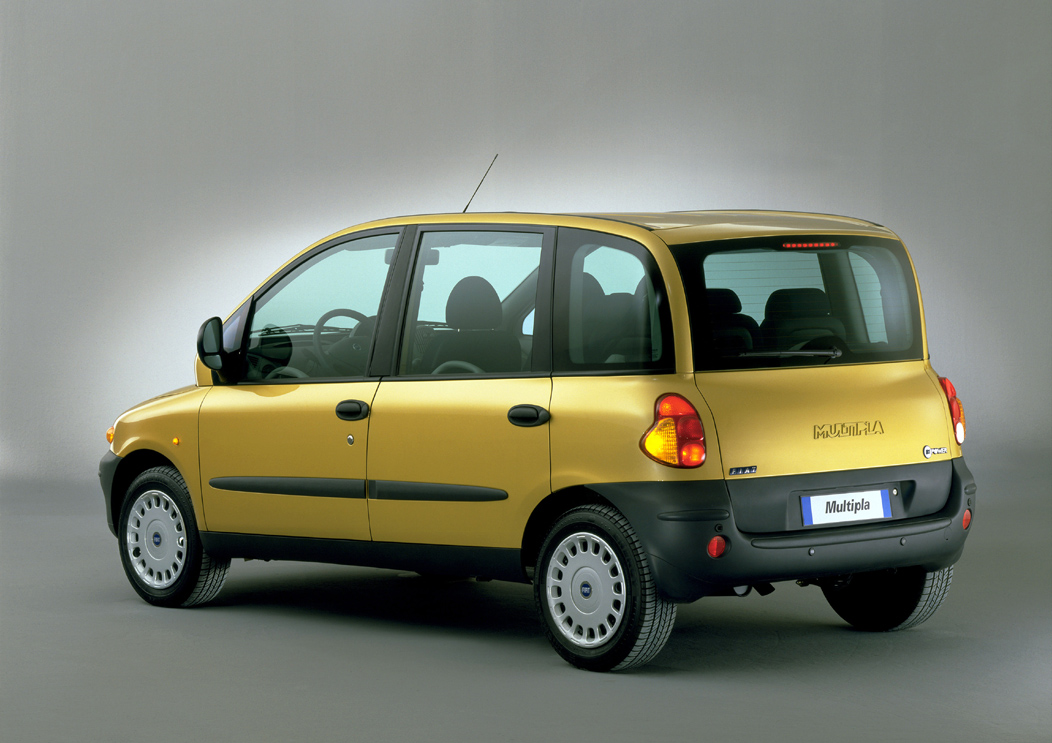