How to carbon offset a car’s emissions

So you own a classic or modern classic vehicle? Great, then you’re one of us. But enjoying old cars and motorcycles and caring about the planet we live on aren’t mutually exclusive, so you may still be conscious of the impact driving has on the environment, and wish to do something about it.

In some ways, driving a classic car means you’re off to a good start. Much of a vehicle’s impact on the environment comes from its use, not its manufacture (this article on CarbonBrief cites a couple of studies in refreshingly clear language), but that manufacturing cost still shouldn’t be ignored.

Since your classic is already in existence, its contribution on that front has long since been paid for in its use. It is not being created afresh every three years like a new vehicle bought on a three-yearly finance plan, so its only real impact comes from consumables, and the fuel it uses.

And you’re probably not doing much of that either. As well as being comparatively scarce compared with modern ones, classics typically aren’t driven as long or as often. According to the Federation of British Historic Vehicle Clubs, the annual distance typically notched up by a classic is 1200 miles, versus 7200 miles for most new cars. So even though your classic’s tailpipe emissions won’t be as clean as that of a modern vehicle, and its fuel consumption may be higher, simply by driving it less, its contribution to pollution or fossil fuel use is relatively low.

That gentle usage profile also means minimal use of wear items like tyres and brakes, and there’s every chance that when you’re replacing components on your car, you’re being resourceful and tracking down reconditioned, or new-old-stock parts – which again, aren’t having to be manufactured afresh.

But after all that, you may still wish to contribute to a carbon-offsetting scheme to ensure that even the limited use you get from a classic has minimal impact on the environment.

From monetary contributions that go towards green projects around the world, to physically planting trees, we’ve selected several options that give you a choice of how to minimise your classic’s impact on the environment while enjoying it to the full.

One factor to help with any decision offsetting emissions is to find out what your car’s carbon footprint is in the first place. The footprint calculator at carbonfootprint.com is a good place to start.

For simplicity, we’ll use this author’s 1994 Mazda RX-7 as an example, which will cover around 2500 miles per year at an average of 20mpg. That results in a carbon footprint of 1.25 tonnes of CO2e (CO2 equivalent), and clicking on the “offset now” button gives you several options, and costs, of offsetting these emissions.

All are surprisingly affordable. The most expensive, supporting the planting of trees in the UK, comes up as £25.80 including VAT, which covers two tonnes of CO2e, equivalent to two trees. Since a full tank of fuel in the RX-7 costs three times that, it doesn’t seem like a huge price to pay. Given many of the tree-planing programmes involve kids (for education, rather than cheap labour…), it’s a benefit to local communities too.

£19.50 would pay for planting trees in Kenya, and just £7.48 would offset 1.25 tonnes through a general carbon reduction portfolio – covering everything from efficient stoves in Malawi to solar power in India.

Carbon offsetting through a petroleum company is a bit like the Three Little Pigs going to Big Bad Wolf & Co. Realty for their next house, but companies such as Shell do offer such a system through their loyalty card scheme, Shell Go+. It’s opt-in and free until October 2021, after which those willing to contribute will pay an extra half pence per litre, which Shell will then match.

By tracking how much fuel you’re using it can be used to calculate your overall “well to wheels” carbon emissions – that is, the impact of everything from the moment oil is sucked out of the ground to the moment it’s combusted in your engine.

Shell’s system will then purchase carbon credits equivalent to your emissions, offsetting them through the company’s portfolio of projects, much like the carbonfootprint calculator, mentioned above. Carbon credits will then go towards things like forestry or grassland projects. Until the half-penny charge comes in from October it’s probably among the cheaper ways to contribute to carbon offsetting.

In 2020, the Historic Endurance Rallying Organisation, or HERO, announced its commitment to make all its events carbon neutral. As part of this, HERO has also been working to calculate the environmental impact of classic vehicles, as they will build up an emissions database using the latest testing equipment.

The company’s December 2020 report made for reassuring reading: The average user of a classic car generates 563kg of CO2 per year – around half that of using a computer, and around a sixth that of using a modern combustion vehicle regularly – so your classic’s overall impact is almost certainly much lower than your daily commuter.

In late 2020, the company announced its annual CO2 emissions came to 424 tonnes, with 96 per cent coming from rallying activities, including those overseas, and it used BeZero carbon credits to offset the year’s emissions. Using companies like HERO for classic activities is a simple way of offsetting associated carbon emissions.

Carbon offsetting is not be-all and end-all solution to some of the environmental issues the world is currently facing. It does not account for non-carbon emissions emitted by a vehicle, and it isn’t physically reducing the amount of CO2 your car emits or fuel it burns either.

But it’s a positive start, and we’re assuming here that you’re unlikely to change your pride and joy any time soon, nor change how you use it – because you’re probably not driving it that much in the first place compared to others in modern vehicles, so carbon offsetting is more about finding a way of minimising your classic’s already limited impact.

There are plenty of companies willing to help you do that. It’s a bit of a minefield frankly, with many different ways of calculating your carbon footprint and all manner of projects that can be contributed towards. Try Net-HERO, which calculates to nearest tonne, and charges £30 for the first tonne, and includes a breakdown of all CO2 offsetting projects your money goes toward, a certificate of proof and a neat vignette that you can put in your vehicle’s window.

We’d also suggest taking a look at this list from The Guardian, which neatly summarises several options, their costs, and the projects they support.

Ultimately, the more we’re prepared to minimise the environmental impact of our hobby, the longer we’ll be able to enjoy it.

Click and collect: Your complete guide to buying a car at an online auction
The Revival Guide: How to get your classic car ready for the road
How to choose and buy the best modern-classic car 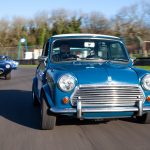 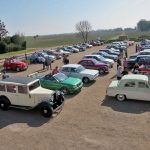 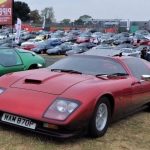