Rimac Nevera is the new king of the drag strip

The Rimac Nevera has just dethroned Tesla’s Model S Plaid as the fastest production car to launch itself from a standstill and cross the quarter-mile mark in the quickest time possible. Drag Times‘ Brooks Wieselblat tore down the Famoso drag strip in California in just 8.582 seconds, making the Nevera the only production vehicle to dip under nine seconds.

The Nevera is the second electric hypercar from Croatian firm Rimac. Founded in 2009, Rimac has become a global player in the electric vehicle industry, not through producing models in volume as Tesla Motors has done, but instead specialising in EV technologies and then partnering with major car companies to help develop their own electric models.

Most recently, that included taking the reins at Bugatti, becoming a 55 per cent majority shareholder and leading development of Bugatti’s next hypercar. Rimac has worked with other manufacturers including Aston Martin and Jaguar, while its own hypercars – 2011’s Concept One and more recently the Nevera – act as something of a shop window for Rimac’s abilities.

The Nevera, previously known as the Concept Two, uses a quartet of electric motors to generate a combined 1914bhp, and Rimac quotes a claimed 0-60mph time of 1.85 seconds – already making it one of the quickest-accelerating cars on the planet. Those credentials seem to have been demonstrated quite comfortably in the latest drag strip run, with man and machine crossing the line at 167.51 mph.

Perhaps more impressive even than the shocking time is that it took 11 runs to get it. Not impressive on its own, but more so when you consider there was no loss of performance. Typically, high battery temperatures as a result of drawing large amounts of energy result in degradation and progressively worse acceleration figures, but Rimac’s technology apparently keeps such issues at bay.

The Bugatti Chiron’s world record of 9.4 seconds was bested by the Tesla Model S Plaid earlier this year which was perhaps a little embarrassing, but now the title is back in the family at least – even if electricity has stolen the honours from internal combustion. 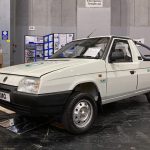 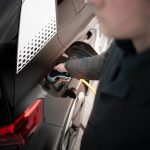 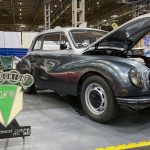