Bob Nauer is quite the Europhile, having lived in Germany and now here in Britain, although his car choice is still very much influenced by his US homeland.

The 1970 Dodger Challenger R/T that rolls up to Hagerty’s morning meet on Drive It Day draws almost as much attention for its lurid Go Mango orange paintwork as it does for the throaty burble of its Hemi V8.

It’s the third in a series of Challengers that Bob’s owned, but he reckons it will be the last. “The second car I ever owned was a Plymouth Barracuda, so I’ve always been drawn to Mopar. This is a keeper, because it’s an export model, which is really rare.”

“It was sold new in Zurich and, although it’s hard to research it, they don’t think more than a dozen were made. AMAG was a manufacturing concern in Zurich and for many decades they took Dodges and converted them to European specification with the speedometer in kilometres and changed the headlights. But by 1970 the program was being wound down because it was too expensive, so 70-71 were the last years for it and they only made a very few.”

“I just got lucky,” continues Bob. “I was in Germany and perusing the classified ads in an ex-pat newspaper called Stars and Stripes. And in the back of there, was a little four-line advert that said Dodge Challenger R /T, so I thought it was worth giving the guy a call to see what it was. It had the original engine and was partly restored but the guy was going through a divorce and had to sell it. So it was just right time, right place, as they say. I always have my eye out, because you never know where you’re gonna find something like this.

“The car was 80 per cent together, but the interior was out. The engine had just been done. He did most of the paint work. So I had to finish it up once I got it and that was 16 years ago.”

“We took it to Switzerland a couple of times, but since I’ve had it here I haven’t done any extended trips. It can be challenging, especially in the back roads so you take it slow because the power steering is typical US style and over-assisted so you’ve got to watch it or you can over-correct. Of course it only gets about 10 to 12 miles per gallon no matter how you drive it but it’s a fun car to drive.”

Since owning the car Bob has had the paint refreshed by the Quest Brothers in St Ives, while lockdown gave him a chance to tackle some iffy electrics. “There’s a company called Year One in Georgia and they have just about everything you need to get for one of these. There’s a few things that are hard to find that you might have to buy on eBay, but most things are reproduced. I got a new wiring harness for the dash which was burnt out. It had a short in it from the day I bought it and finally during the pandemic I took that time and replaced the loom.”

Bob has always been hands-on since the day he started driving. “My first car was a ‘69 Camaro RS SS pace car and when I first bought it to get a brake job was very expensive. I said: ‘You know what, if I’m going to keep a classic car, I have to do the work myself.’ So I just started learning. Fortunately I’ve always been fairly mechanically inclined, so it was quite easy.”

With a California-spec Triumph Spitfire and a newly-purchased Jeep Grand Wagoneer to look after as well, it’s a good job too.

The One That Got Away: Actor Jim Piddock on cars, miscarriages and VIP passengers
Your classics: Peter Reid is going to the end of the road with his TVR Tuscan
Your Classics: John Pick and the MG Metro 6R4 he won in a competition 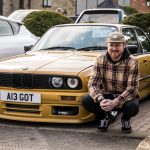 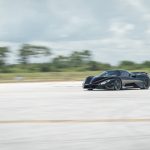