The classic Mini’s transmission setup is one of the great pieces of automotive engineering, and you can see it being assembled in Hagerty’s latest video.

Today we’re abundantly familiar with the idea of a transverse front-engined, front-wheel drive car, and a large part of that is down to Alec Issigonis and his packaging of the Mini – allowing the majority of the car’s length to be set aside for passengers, rather than mechanical components.

What separates the Mini from many cars that followed though was that the packaging was even tighter still, to the extent that rather than the transmission being mounted alongside, as is the case with most transverse front-engined cars, it sat below the A-series four-cylinder, its gears effectively spinning around in the sump.

In the latest video of Hagerty’s 1965 Mini Cooper, host Davin has the task of reassembling the car’s transmission – and somehow fitting all its components into what is an incredibly compact casing.

Thanks to the car’s refurbishment at every step along the process, the parts are at least spotlessly clean, and while we’ll have to wait until next time to see the engine and transmission being bolted together, this week’s episode at least gives us an appreciation of just how marvellous were the Mini’s mechanicals.

You can catch up with prior progress on the Cooper on our Redline Rebuilds page, as well as heading over to the Hagerty YouTube channel and subscribing for regular updates. 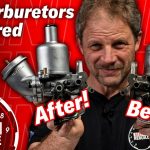 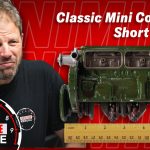