In car collecting, the line between hoarding and heroism is razor-thin

Car people, by nature and by action, are collectors of the highest order. Why? Because even if we have only one old car, we tend to collect everything remotely associated with it – service items, spare parts, literature, period accessories like that sweet 1978 Corvette satin jacket. And let’s not forget the boxes of stuff that usually come with the car to begin with.

On the one hand, sometimes this works in our favour, and we end up needing that original, long-discontinued silencer hanger we dragged home years ago.

On the other hand, we often end up with bottomless boxes of useless trash we’ve saved because of their real, or perceived, value to the car. Failed date-coded water pumps, plug wires, wheel cylinders, old crossply tyres, assembly line U-joints – you know, all of the stuff a mechanic would have tossed in the trash when these were merely “used cars.” Yet we box it all up and shove it on a shelf to collect dust.

Well, usually, it stays there forever. Unless, of course, we have to move that shelf. Which is the predicament I recently found myself in. Like those old parts, I’m not getting any younger, and I made the decision to downsize my shop space. By about 17,000 square feet.

I never knew how much of a “collector” I really was until I started clearing out. My first impulse was to get a dumpster [skip]. But then I started picking up parts to throw away, and I just couldn’t do it.

Although the monetary value of a lot of these parts was low, I knew their intrinsic value was high. Who was I to throw out a usable part that had survived 50 years or more, long saved by numerous people for the day it would prove useful? The idea of chucking these things felt wrong. And it certainly wasn’t about the money. The time and effort required to sell a $15 part, or even a $500 one, was a poor financial decision.

That didn’t matter. I set out to find people who could use these things. Like checking that box on my driver’s licence, I was going to offer up organs in the hope they could do some good. I gave away stacks of parts to friends I knew could use them. To another friend who restores Pontiac GTOs, I sold a storage container full of GTO parts – many of them rare – for basically scrap value. I hired someone to photograph and list hundreds of items on eBay. I posted other items on various forums and online marketplaces in search of the right homes. A fellow drove from New York to get a 1936 Auburn cylinder head so he could put a decades-long project on the road. A couple of guys from Pennsylvania picked up a small-block Ford stroker engine to use in an old Ranchero they were building. They loaded it into the back of a Honda Civic and off they went. My listing for a Toyota FJ40 bumper caught the eye of a guy who ended up buying most of my FJ parts for his project. Boxes of old Alfa Romeo parts have been dispersed to people all over the world.

One of the happiest results came from a few boxes of 1958 Oldsmobile parts. Most of it was trim for a four-door sedan – hardly high-demand stuff. I listed a few on eBay, and a buyer immediately messaged me about any other 1958 Olds items I might have. I sent him some pictures, and it turned out some of the things were parts he’d been searching for forever. I sold all of it for a few hundred dollars, but his message, “Thank you so much, I can finally get my baby on the road!” was worth far more.

I may be a hundred years old by the time I sell off the last of it, but knowing I won’t send some treasure in waiting to the landfill is its own kind of reward.

My advice? Start cleaning your shelves now. Reacquaint yourself with your boxes, save what you truly think you’ll need, organise and label it all, and then dispose of the rest. Make stuff available to fellow club members, list it online, throw an ad in Hemmings. You may just help somebody find the last bit they need for their project.

Even better, you’ll make room for another car. Plus the boxes of parts sure to come with it.

Opinion: I won’t rush to remove my classic car’s GB sticker
Join a car club? Not until they can all get along
Which classic cars are worth restoring? 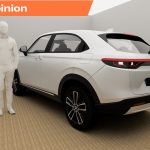 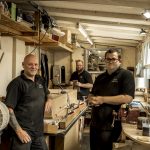 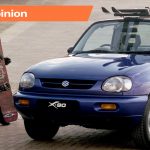