Opinion: Riding a motorcycle is the last great escape – let’s keep it that way

When BMW launched its new 2016 7-Series luxury saloon it came with the option of a self-parking system. If a space looked tight then you could get out of the car and use your BMW Display Key (a key fob almost the size of a house brick) to control the car so it could park itself. In reality it was a right hassle to use and it was far simpler to park the car yourself. The argument was made that if you hadn’t the skill to park a 150mph saloon then you shouldn’t own it in the first place. Or if your chauffeur couldn’t then it was time for a P45.

Over the last few years car manufacturers have been adding loads of wizard systems and functions to their cars, most of them never requested by customers and many, I strongly suspect, never used by them. Do you need a Race + driving mode in your SUV that’s mainly going to be taking the kids to school?

Alarmingly motorcycle manufacturers are beginning to follow their example by adding features that riders haven’t asked for. They’re doing it because they can and because, throughout the wider automotive industry, everyone else is doing it. Honda’s Africa Twin has AppleCar Play and Android Auto, which requires you to plug your phone in (but doesn’t give you a place to stash the phone itself) and for you to control the functions via the touchscreen dashboard. Which only works if you are stationary. The Africa Twin with the DCT automatic gearbox option has over 17 buttons on its left-hand switchgear alone. Makes it difficult to find the indicators or horn in a hurry.

Triumph’s 1200 Scrambler has a switch that enables you to activate your GoPro camera remotely. The new Speed Triple from the same company has a TFT display that takes ages to fire up because presumably because it contains such complicated software.

Already BMW, KTM and Ducati have bikes on sale that are equipped with radar-controlled adaptive cruise control. I’ve ridden the Ducati Multistrada V4 so equipped and while I couldn’t fault its operation I didn’t want to use it. On a motorcycle you need to be totally aware of what’s going on around you and be in complete control – both of the machine and your mind. Add in event the slightest degree of autonomous riding technology and the temptation is, surely, for your mind to wander.

Car owners accept all this needless technology seemingly without complaint even though they’ve paid for it. Bikers won’t. We’re a far more discerning and clued-up customer. More to the point, we love motorcycles for the simple pleasure that they give. They’re an antidote to the complications of modern life and it doesn’t matter if the bike is a lovingly restored Vincent Black Shadow, an original Suzuki GSX-R750 or a Honda XL250 trail bike.

Royal Enfield has just announced that it’s forming a partnership with the mental health charity CALM which specifically deals with the issue of suicide among young men (it’s the biggest killer of males aged between 24 and 45). At first the tie-up between a bike company and a mental health charity seems unusual, but not when one considers the uplift in spirits one gets from simply being out on a bike. All of us can relate to this.

I  can clearly remember the moment, almost 40 years ago now, of coming out of the Mont Blanc tunnel on my 1976 GL1000 Gold Wing into bright sunshine and stopping on the side of the road to take in the beauty of the Chamonix valley. I didn’t take photographs because I didn’t need to. We all have memories like this, of the simplicity and simple joy of riding a bike through glorious countryside in fine weather.

Having a text message read out to you via a Bluethooth headset into your helmet is not only questionable on safety grounds, but it ruins the karma and invades the privacy and escape from ordinary life that is the whole point – for most bikers, at least – of getting out on a motorcycle.

Riders of a certain generation or those into classic motorcycles already get this. But why should new riders, or those wanting to indulge themselves with a new bike, not experience the same sense of escapism that has made motorbike riding the great escape that it is? To motorcycle manufacturers I say this: hands off our handlebars and leave the connectivity to desktop computers. When I pull down that visor I want to focus on the ride and not a Facebook friends request. 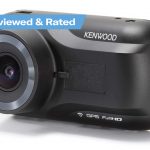 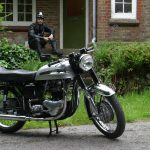 With a featherbed ride and punchy twin-cylinder, the Norton Dominator 650SS really did dominate the road
A story about
Motorcycles Opinion Technology