No more Mr Mice Guy: how one driver beat the rodents eating his car

The one thing David Allison liked about his Audi A6 Avant diesel was its reliability. “I love my car because it’s boring. It always starts and always runs. I do loads of miles and it’s a tool of the trade, one that’s never let me down,” Allison told Hagerty. As a former design engineer who spent the best part of a decade working with Ford, and now runs The Talent People, an organisation that helps young people find employment, the 46-year old wanted what most drivers of modern cars want: a reliable car.

One particularly cold morning, last February, Allison started the Audi’s diesel engine, pulled out of his home’s driveway and noticed all was not well. “As I was pulling off the driveway it felt a bit sluggish, then it just stopped running and wouldn’t restart. I managed to get it back onto the driveway and called the AA.”

Within minutes, the AA technician had identified the problem. “It was pretty clear that it was a problem with fuel, it was stinking of fuel and there was damage to the fuel return line.”

Allison turned to the AA technician and asked what could have cause the problem. The answer was unequivocal: mice.

The car was recovered to the local Audi dealership, where a further problem was identified. The furry friends that had come from the fields surrounding his home, near Chichester in West Sussex, enjoyed a desert consisting of part of the wiring loom, after feasting on the fuel line.

It was at this point that Allison, no stranger to the motor industry, had first-hand experience of the trend for vehicle manufacturers and their suppliers of original components to only offer replacement items when sold as part of an original assembly. “The one little 15mm fuel pipe I needed,” says Allison, “comes as part of £190 assembly, complete with the associated metal pipe work for the fuel pump and suchlike.”

Repairs were needed on the wiring loom but, luckily, it could be “patched up”, while the sound-insulating material lining the oil tray was soaked through with diesel and had to be replaced. By the end of the exercise, Allison was £1300 out of pocket but chose not to claim against his insurance policy as he felt it wouldn’t be worthwhile in the long term.

For nine days, the Audi returned to normal service, running like clockwork. The next day, as he left home, the familiar feeling returned a little way from home. “I just had this sinking feeling, so I whipped off the top of the engine cover and saw that it was exactly the same 15mm pipe that had been chewed through, spilling diesel all over the same tray, so it was back to the Audi dealer, again. Luckily, they’d left the wiring loom alone this time, so the bill was a little less, and £1000.”

The problem, says Allison, was mice coming in from cold fields and looking for somewhere warm to shelter. “What could be better than a nice warm engine block to go and sit on? Particularly if you could find a quick snack, while you’re there!”

Allison turned to Google and invested in a special tape that contains capsaicin, a chemical component of chilis that is an irritant to rodents and humans alike. He also saw positive reviews for anti-rodent sprays, and tried that too. “I was having to apply the spray every month, to both my car and my wife’s Renault Captur, because its effects wear off after 30 days.”

Why are mice and rats attracted to car parts?

He doesn’t point the finger of blame exclusively at the mice, or rats, that chewed his car. “There do seem to be a few cases around of manufacturers changing the materials that go into some of the engine components – I guess with things like sustainability in mind.”

The changes Allison refers to are part of a global shift toward agri-environmental design and the reduced dependence of oil in plastic components. Soy foam was introduced by Ford in 2008, ironically on the Mustang – one of its greatest gas-guzzlers. Since then, some of the world’s largest car manufacturers, including BMW, Ford and Toyota, have turned to soybeans, wheat straw, sugar cane, kenaf and even guayule, a desert shrub that can be made into a natural rubber, to reduce the environmental impact of car components. Unfortunately, rodents are a little too appreciative of their efforts.

The problem is reasonably common in the UK. Milder winters and the switch to fortnightly refuse collections by local councils are said to have helped encourage a growth in the rodent population. In Germany, drivers have been beset by weasels, where they are reported to “go beserk and tear everything apart”.

And in America it is said to be a widespread problem, with the lockdown meaning cars aren’t being used and mice or rats are happy to take up residence.

Experts point out that rats in particular need to gnaw, because their sharp, hard incisors grow continuously throughout their lives – around four or five inches a year. Gnawing ensures the teeth don’t grow so long that they can’t open and close their jaw.

When did you last check your garage for signs of rodents?

Against the backdrop of a global pandemic and subsequent lockdown for three months, owners of classic and modern cars been forced to leave them slumbering in garages or resting on driveways. Some may have been laid up since winter.

Those that don’t have a feline friend would be well advised to keep a close eye on their classic car. Vehicles left over long periods of time lose the smell of their human owner – the scent that warns vermin that a predator is about.

Rentokil advises that drivers watch for rodent activity near the car, especially tell-tale signs such as droppings, nibbled cardboard or tools and garden equipment that’s been gnawed.

Garages should be kept tidy and possible entry points, such as a gap beneath garage doors, sealed off. You could try Storm Guard products, or similar. These will also help control the environment in the garage, ideal if you have invested in a dehumidifier.

Another tip is to leave the car’s bonnet open. Rentokil suggests it could make the engine bay a less inviting environment for four four-legged friends, and adds that some home owners experience success by strategically placing peppermint oil or discarded cat litter beneath the car.

For dedicated products to ward off unwanted visitors, many members of the classic car community swear by mothballs or tumble dryer sheets, or a combination of both. David Allison, whose Audi A6 was feasted on by mice sheltering from the cold, told Hagerty that the pepper tape and treatment spray applied to his cars had presumably been a success, as the mice didn’t return this winter.

As a last resort, applying poisoned bait or setting traps is an option. However, the bait risks the rodent dying in your car or property, possibly in an inaccessible area, and if you’ve ever experienced the smell of a decaying rodent, you’ll not want to risk that. Pest control specialists may be a better option, especially for anyone with an attached or integrated garage. A rescue cat from an animal shelter could be another route.

While vintage and classic cars may be less likely to be affected, if it does happen then the inconvenience, and potential cost, of trying to source any rare parts could make you wish you’d finished reading this story and set to protecting your pride and joy from Mickey and his friends.

Is your classic car laid up? These battery chargers will keep it ready for action 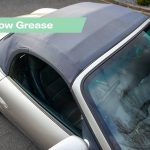 Elbow Grease: How to clean a convertible's fabric roof and streak-free glass 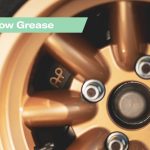 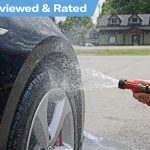