It seems like only yesterday that Gordon Murray launched the T.50, his new generation of supercar – so recent, in fact, that the forums full of car enthusiasts continue to discuss the mind-spinning stats for the fan-effect machine. Yet now Murray has gone one step further still, creating an ultra exclusive, ultra-expensive track version that he is dedicating to Niki Lauda, his friend and former teammate.

The new Gordon Murray Automotive T.50s Niki Lauda is more powerful, lighter and has more fan-assisted downforce than the usual road-going T.50. The headline numbers are 725bhp (735hp), a V12 that revs to 12,100rpm, just 852kg and up to 1500kg of downforce. The supercar is named after the triple world Formula One champion and Murray’s former driver at Brabham.

Niki Lauda is the only driver to win a Grand Prix in a ‘fan’ car, the Murray-designed Brabham BT46B, winner of the 1978 Swedish GP. In a touching tribute, and with the blessing of the Lauda family, the car is also launched on Lauda’s birthday (February 22; he would have been 72.)

“He was a mate as well as a good driver,” says Murray. “I got in touch with the family who thought it was a brilliant idea.” The 25 cars will be individually named after the Grand Prix circuits on which Murray-designed Formula One cars have won. He scored 50 GP wins on 26 different tracks. The first car will be designated Kyalami, to commemorate Murray’s first GP win, in South Africa in 1974. Further cars will be named after the 24 subsequent wins, all in chronological order. Zeltweg in Austria misses out.

First, a quick recap on the ‘bread-and-butter’ road T.50. Billed as the world’s last great analogue supercar, it does without turbos, electric-hybrid drive and a dual-clutch paddle-shift gearbox. Murray, one of the world’s most successful Formula One designers at both Brabham and McLaren, believes all interfere with driving enjoyment, the car’s priority. It also has a rear-mounted fan, to boost downforce and help streamlining by controlling underbody and overbody air flow. Murray is convinced the T.50 will be the world’s greatest road-going supercar. When his previous headline effort was the ’90s McLaren F1 – arguably the greatest supercar to date, and by some margin the fastest car of its era – you’re inclined to believe him.

Murray also created the McLaren F1 GTR, the track version of the F1, and the T.50S Niki Lauda’s spiritual predecessor. It won outright at Le Mans (in 1995) and dominated production sports car racing in Europe and North America in the mid ’90s.

“Yet simply chasing lap times would have meant it would be over-tyred and have too much downforce, at the expense of driver involvement. We could easily have generated more downforce but that would have made the car less manageable. Plus, you’d need an F1 driver’s level of skill to get the best from it. It needs to be accessible to good amateur drivers.” The aerodynamics, including downforce, can be adjusted to suit owner preferences, including level of experience.

The revised 4-litre Cosworth-built V12 sees a 62bhp (63hp) power increase, and the same dizzy 12,100rpm redline. Throttle response, world best on the normal T.50, insists Murray, will be even better on the track version. As with the T.50 road car, there’s no turbo and no hybrid drive, although its racing focus means Murray has compromised on the gearbox. Out goes the six-speed stick-and-clutch H-gate ’box from the road T.50. In comes a newly designed Xtrac six-speed paddle shift competition ’box.

Track driving niceties include that central driving position, which should make it easier to position on a circuit than a left- or right-hand drive car. It’s a two-seater, with the passenger seat to the left and aft of the driver’s carbon-fibre seat. (Although the second seat can be deleted.) In place of the three-seat road car’s right passenger chair is a fire extinguisher system. There’s a single digital screen, replacing the analogue gauges of the road car. It includes telemetry, aero info and a cameras video feed. There’s also a simple new rectangular carbon steering wheel.

The carbon monocoque structure is revised, to fit a ram induction box on the roof and change the oil cooling position. Every single body panel is different. Note the big front splitter, barge boards, rear delta wing, bigger rear diffuser and big central rear fin (with discreet Niki Lauda branding). The fan helps with downforce and stability, reducing the size of the aero appendages. Murray wanted a clean look. Overall weight reduction is an impressive 134kg – not bad when the road car weighs less than a tonne.

The price includes all equipment and tools to run the car on the track, a day at the circuit to set up the car and technician training. There’s extra engineering support for track days and races, if desired.

Murray is confident this will be the ultimate track experience and, as the world is on the verge of widespread electrification, perhaps the ultimate track car of all time – at least in terms of driving engagement and enjoyment. “Unless somebody else can build a car down to 850kg with a central driving position and a V12 that revs to 12,000, nobody is going to get close.” 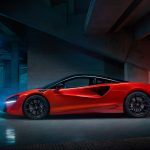 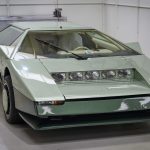 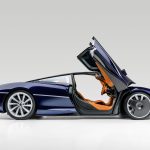 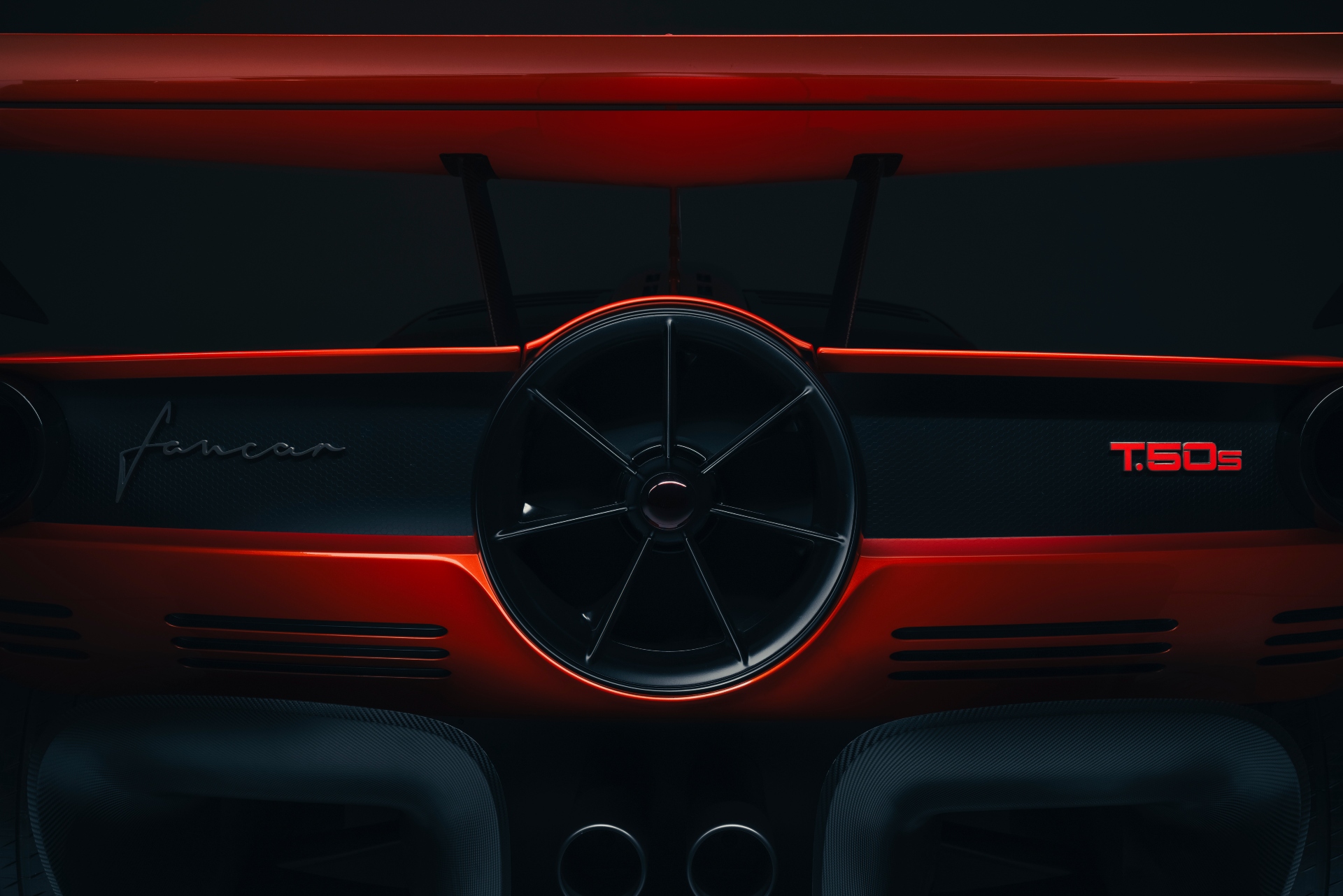 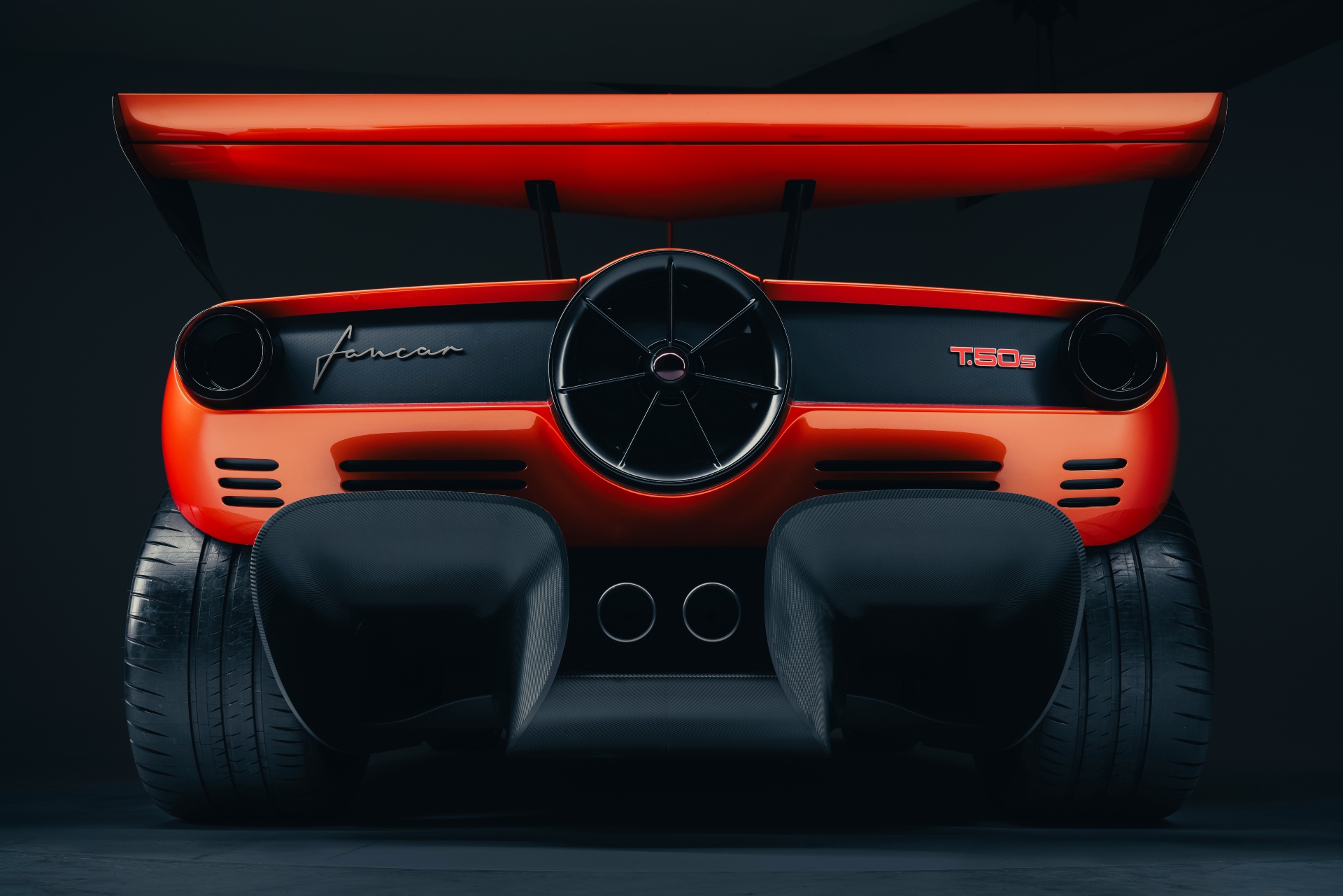 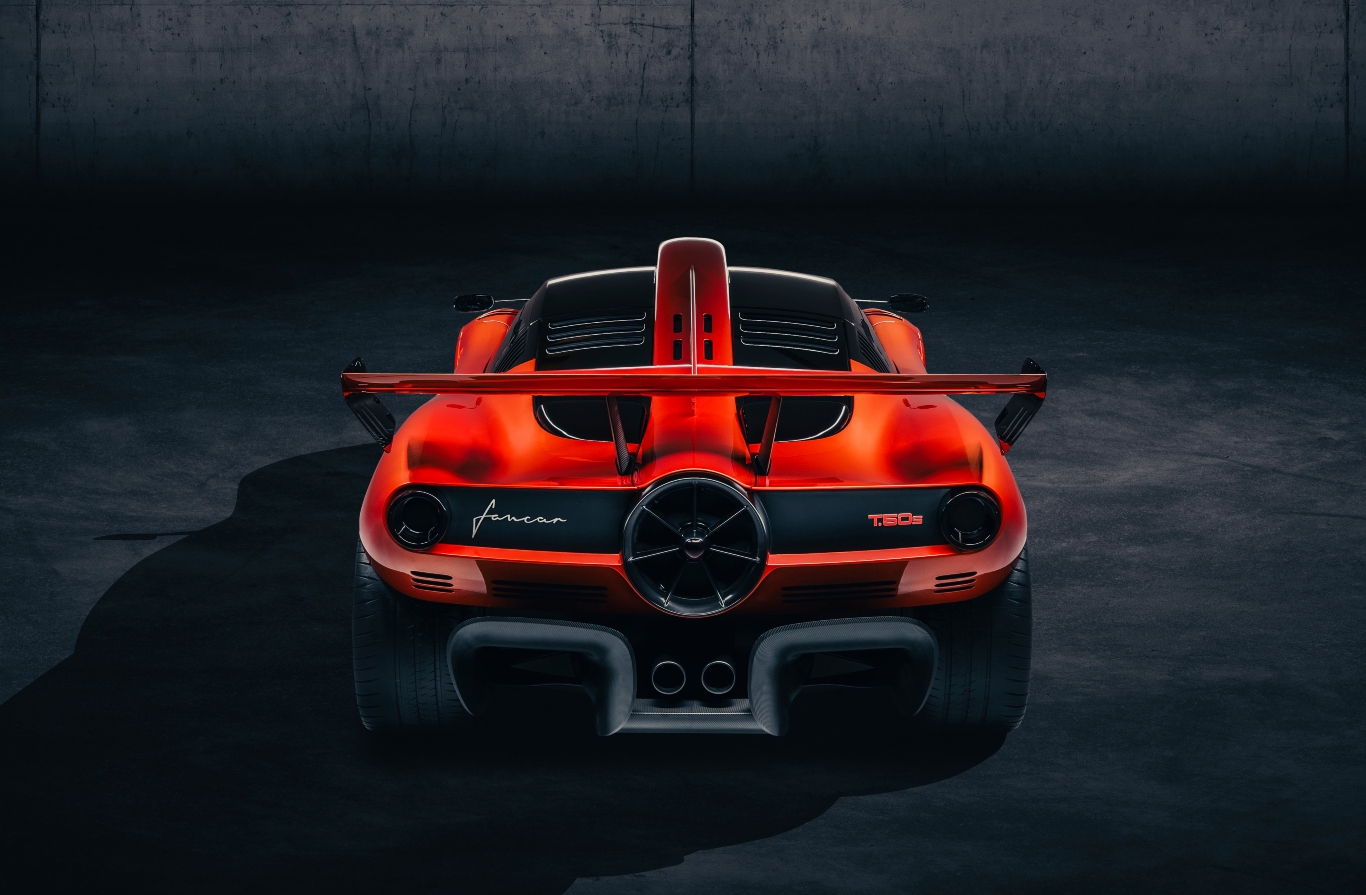 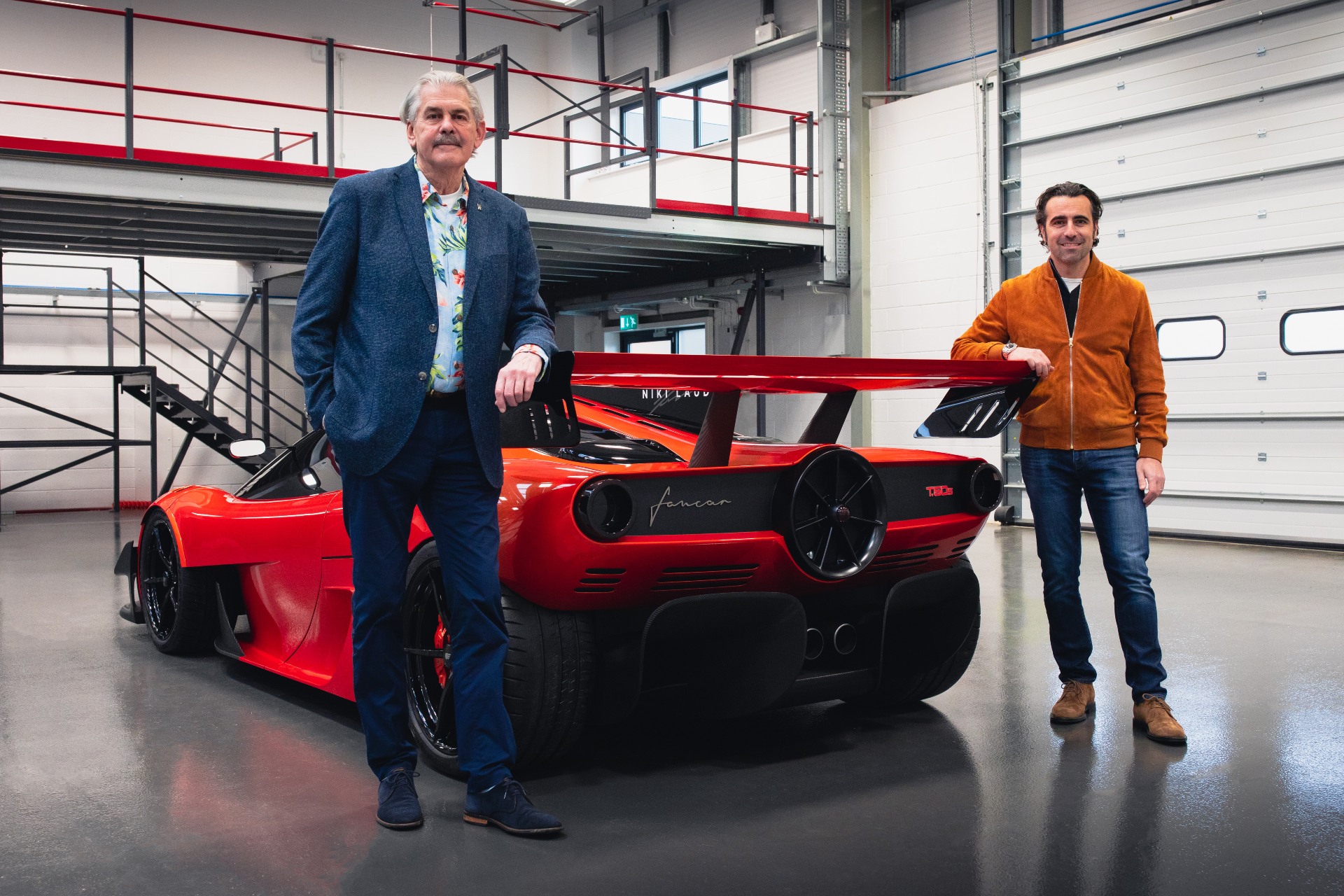 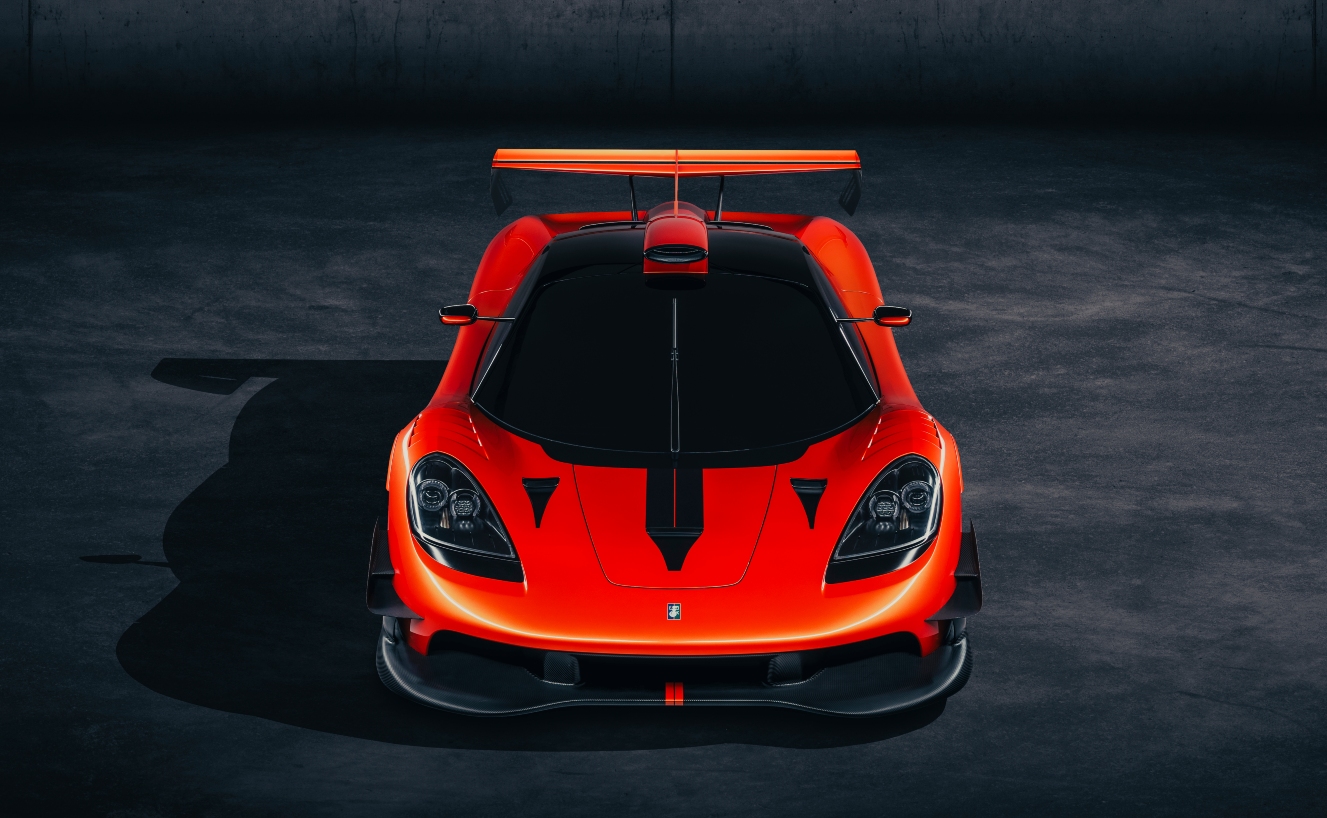 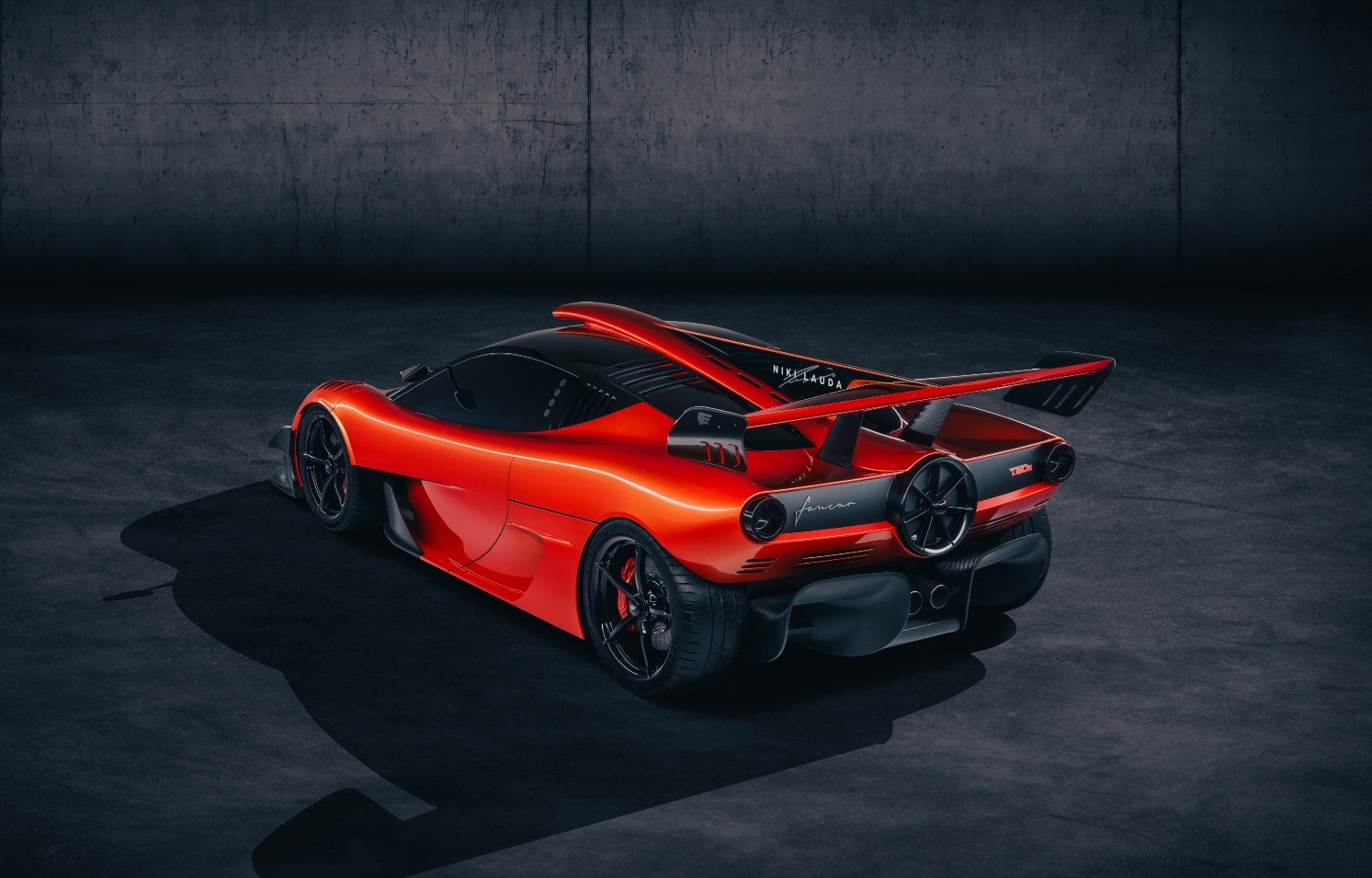