Austin-Healey powers back into production

The Austin-Healey 100, one of the most popular British roadsters from the 1950s, is making a comeback as a limited-edition £400,000 restomod which will soar past the 100 mph top speed that gave the car its name. And the good news is there won’t be an electronic driving aid in sight.

The new Healey by Caton comes from newly-formed British company Caton, which says it “brings an exceptional harmony of experience, passion, OEM-level technology and craftmanship to bare, focusing exclusively on the sympathetic enhancement and evolution of cherished products for the modern age.” Caton plans to bring its take on craftsmanship and luxury to other products in the future, but the 100 will be the first to showcase its talents.

Although some six different versions of the Austin Healey 100 were built between 1953 and 1958, Caton has chosen the first, known as BN1, as its inspiration. Surprisingly that includes using a four-cylinder engine, rather than the later straight-six. However, since Donald Healey reportedly preferred the lighter unit and it was easier to upgrade, it honours the original concept more accurately.

Caton has certainly embraced Healey’s ethos and gone to town on the engine with the aid of specialists JME Healeys. Based on an original Austin-Healey block the 2954cc motor is stripped down, lightened and balanced. A steel crankshaft, upgraded bearings, high compression pistons and a race camshaft are fitted. Twin H8 carbs and gas flow inlets provide fuelling and there’s a side-exit racing exhaust system. All told these mods add up to 185bhp and 195lb/ft of torque, a far cry from the BN1’s 90bhp.

The original three-speed transmission has been dropped in favour of a modern five-speed unit, and in doing so, the transmission tunnel has been narrowed, which frees up space. A new pedal box design allows tall drivers to sit comfortably for the first time. In a testament to the Healey’s standard suspension the modifications are relatively minor. At the front double wishbones and adjustable coils springs with lever arm dampers are deployed, while the rear end retains its leaf spring system. Rose jointed bars are installed at both ends.

“To remain true to the car’s DNA, we asked ourselves ‘What would Healey have done when building a car in the Fifties if they had the tools and manufacturing techniques that we are in the unique position to have at our disposal today?’” says design director Darryl Scriven.

Taking that approach to the car’s styling has resulted in a more streamlined exterior, with all seams and beading removed. The grille is described as “a piece of jewellery on the front of the car. A piece of art with each slat individually created, pieced together to create a floating look, behind the Caton hexagonal trim, a shape that flows delicately but deliberately throughout the vehicle.”

The bumpers are removed, new aluminium wings and bonnet are formed in the traditional way on an English wheel and the rear end has “more substance”. There’s also less clutter, with the removal of the boot hinges and handle.

The cabin is trimmed in a mix of shrink-optimised leather for the dash and door cappings, while the seats are natural leather from Bridge of Weir, chosen, not just for its look, but for its smell and the way it will age. It “enriches the cabin with the fragrance of leather, and will develop a beautiful patina over time. That’s part of the Healey by Caton’s authentic appeal, which will only get better and better the more the car is driven,” says Scriven.

With just 25 Caton Healeys set to be built at the company’s base in Coventry, each will be uniquely tailored to its buyer’s taste, with an almost limitless choice of paint and trim.

Caton CEO Tim Strafford says: “It will be our privilege to collaborate with Caton’s customers to specify their car to their exact requirements, whether they choose to visit in person or liaise from anywhere across the globe. No two examples of the Healey by Caton will be the same, but each will be of exceptional beauty and built to the highest possible OEM levels of quality. Each will represent a true reincarnation of the iconic Austin-Healey 100 sports car utterly fitting for the modern age. Our aim is to deliver an unrivalled, immersive, intoxicating and highly emotional driving experience.”

The new Healey by Caton will make its public debut at the Salon Privé in London on 21 April, after which production will begin and Hagerty is promised a drive this summer. We’ll get our flying hat and goggles. 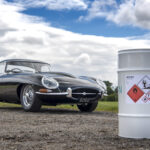 First drive: This Jaguar E-type is running on sustainable fuel – how soon before your classic is too?
1
/
10 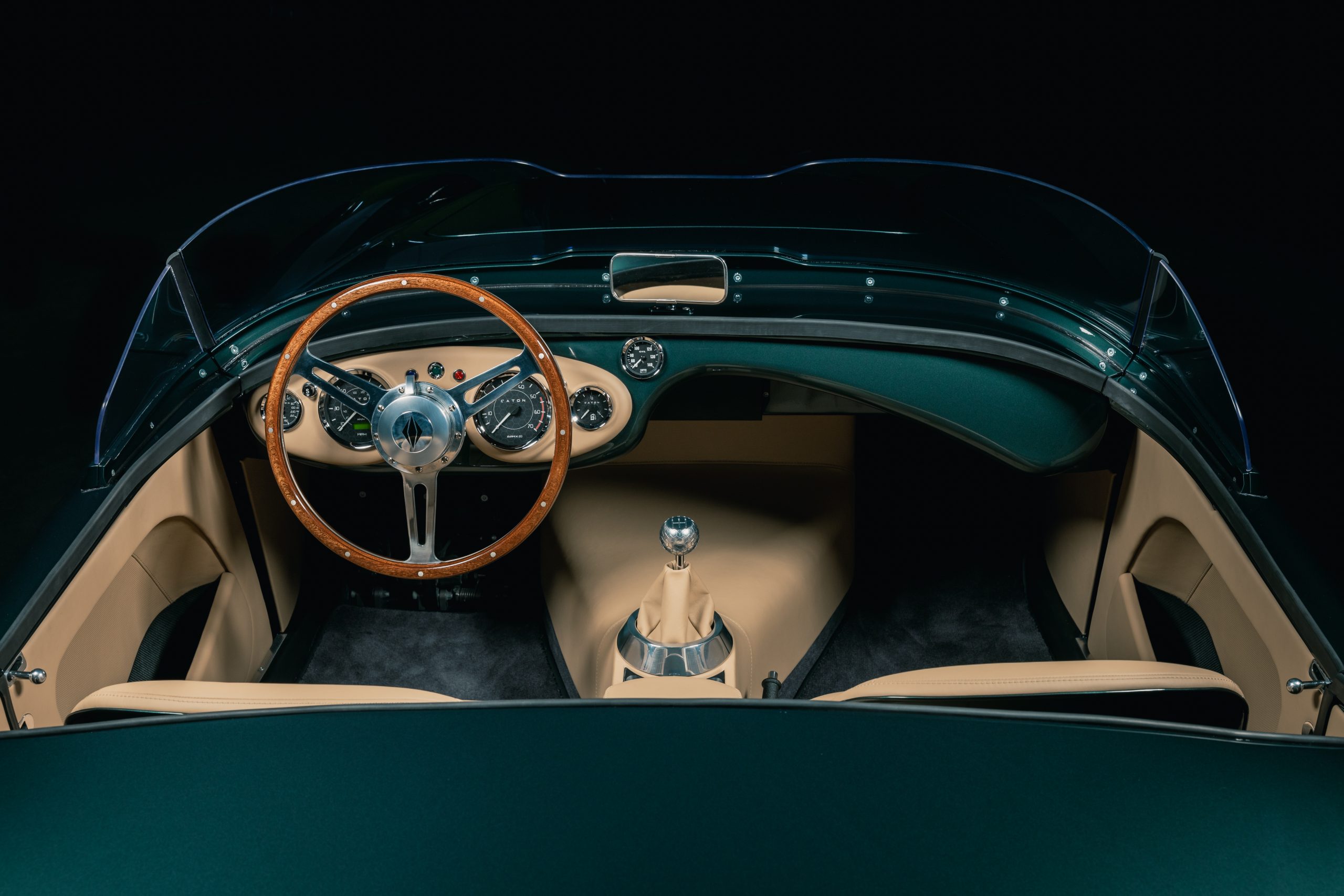 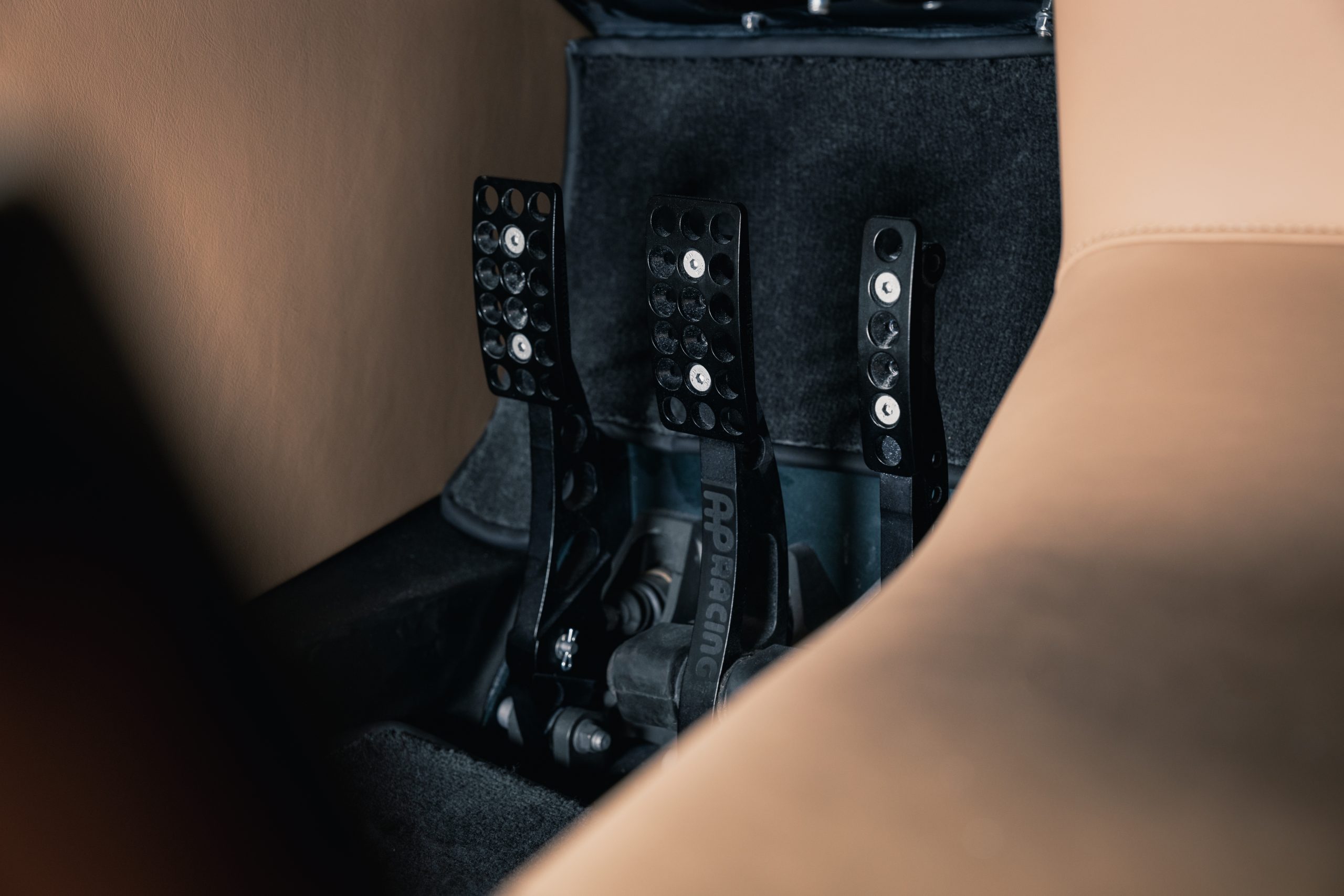 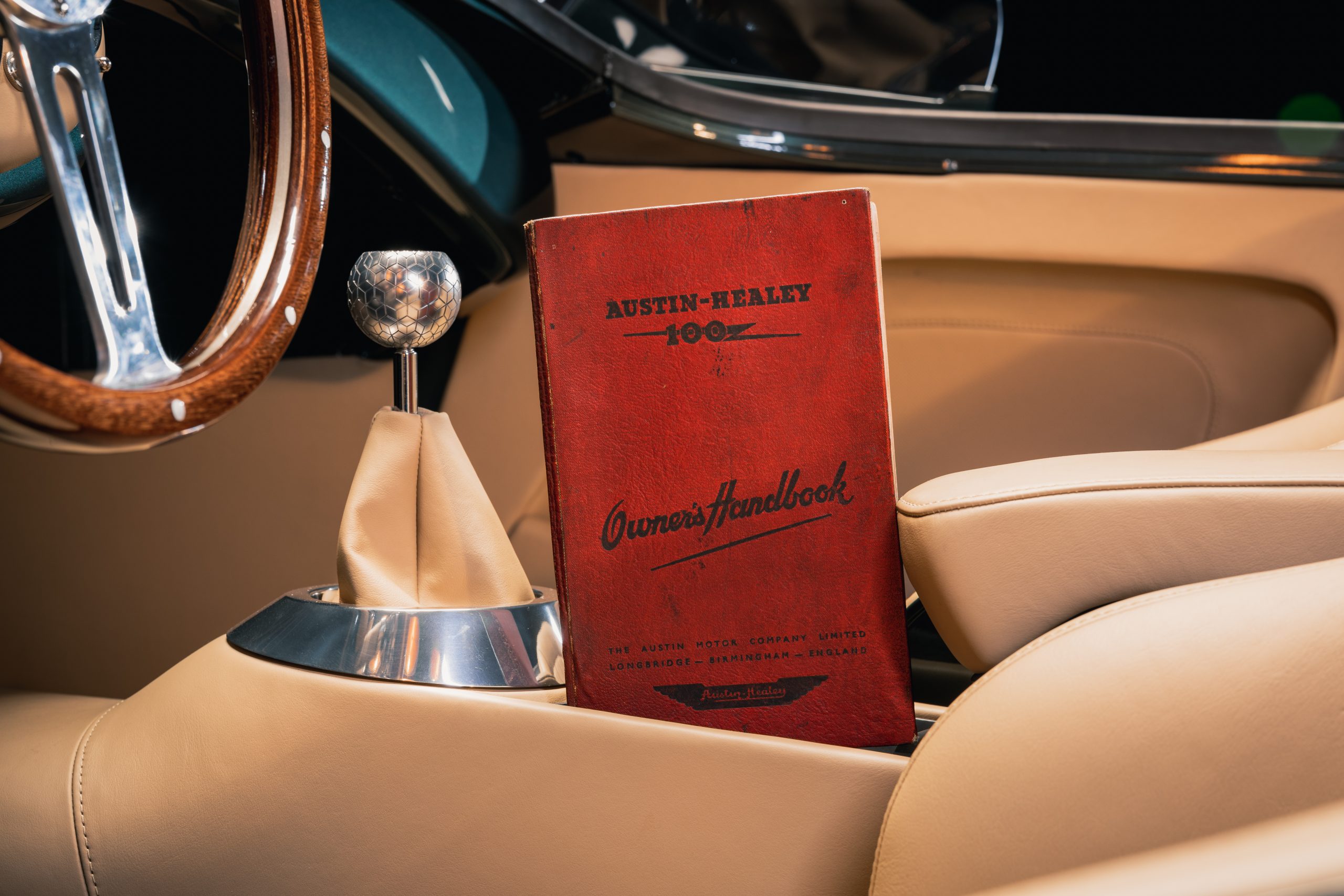 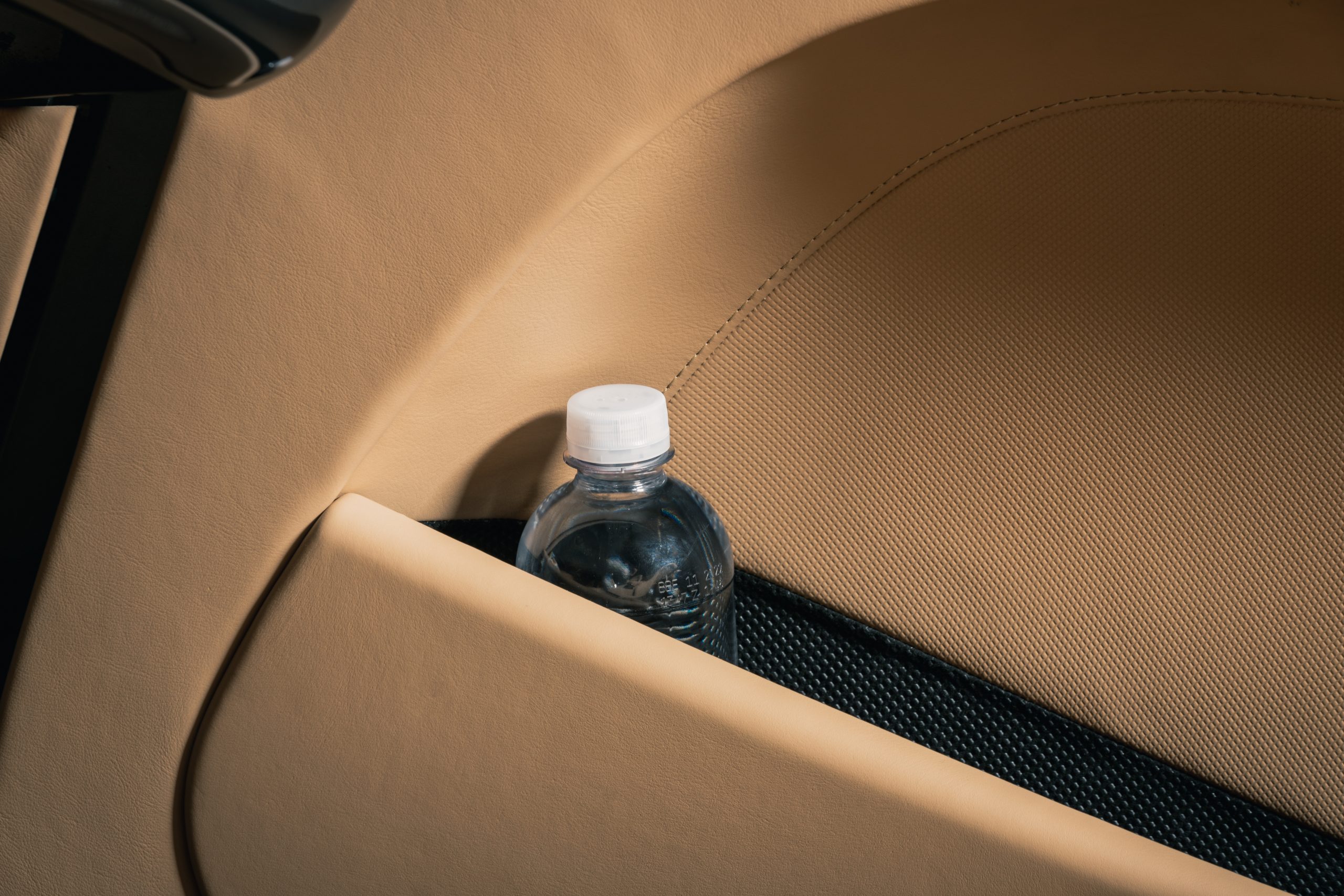 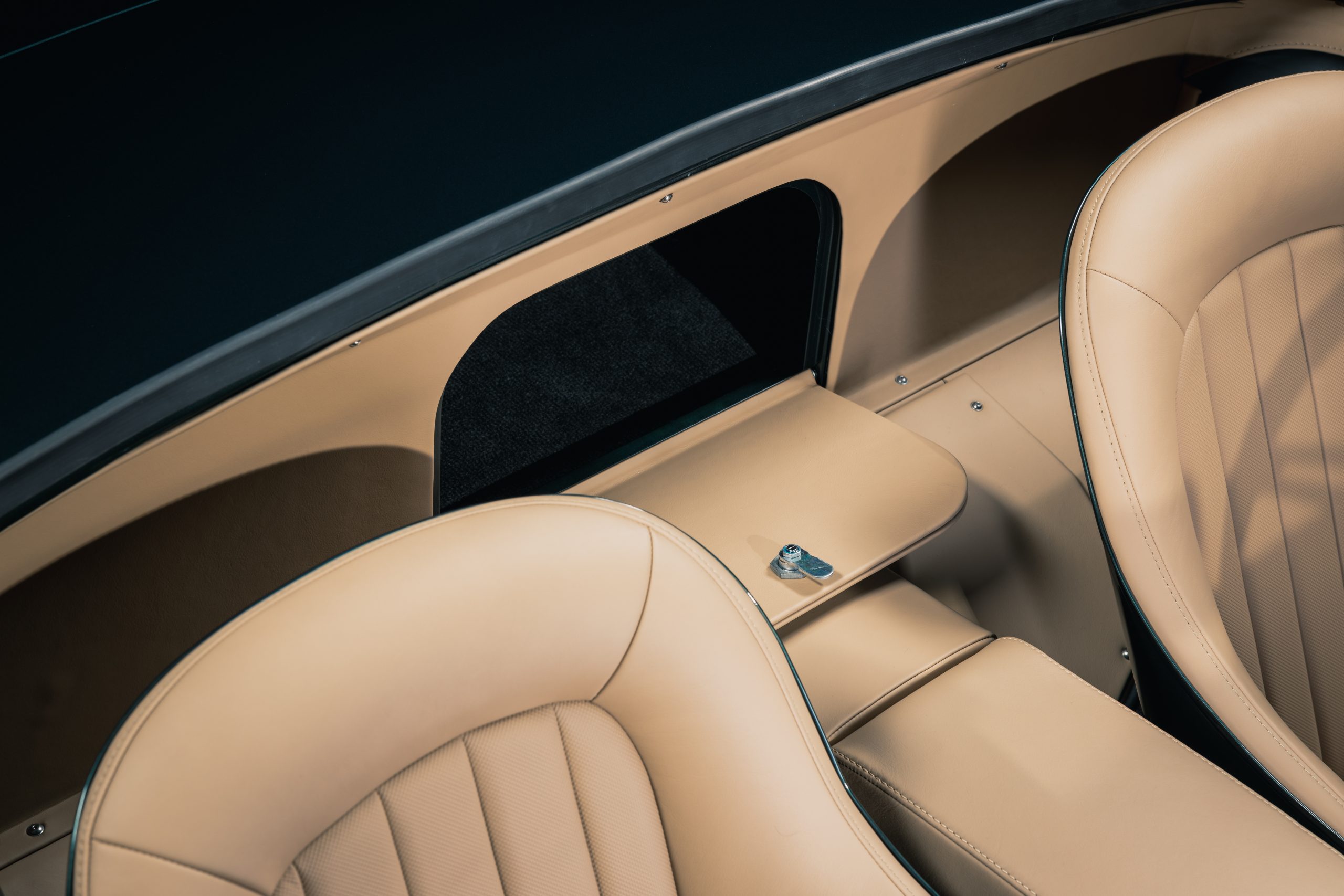 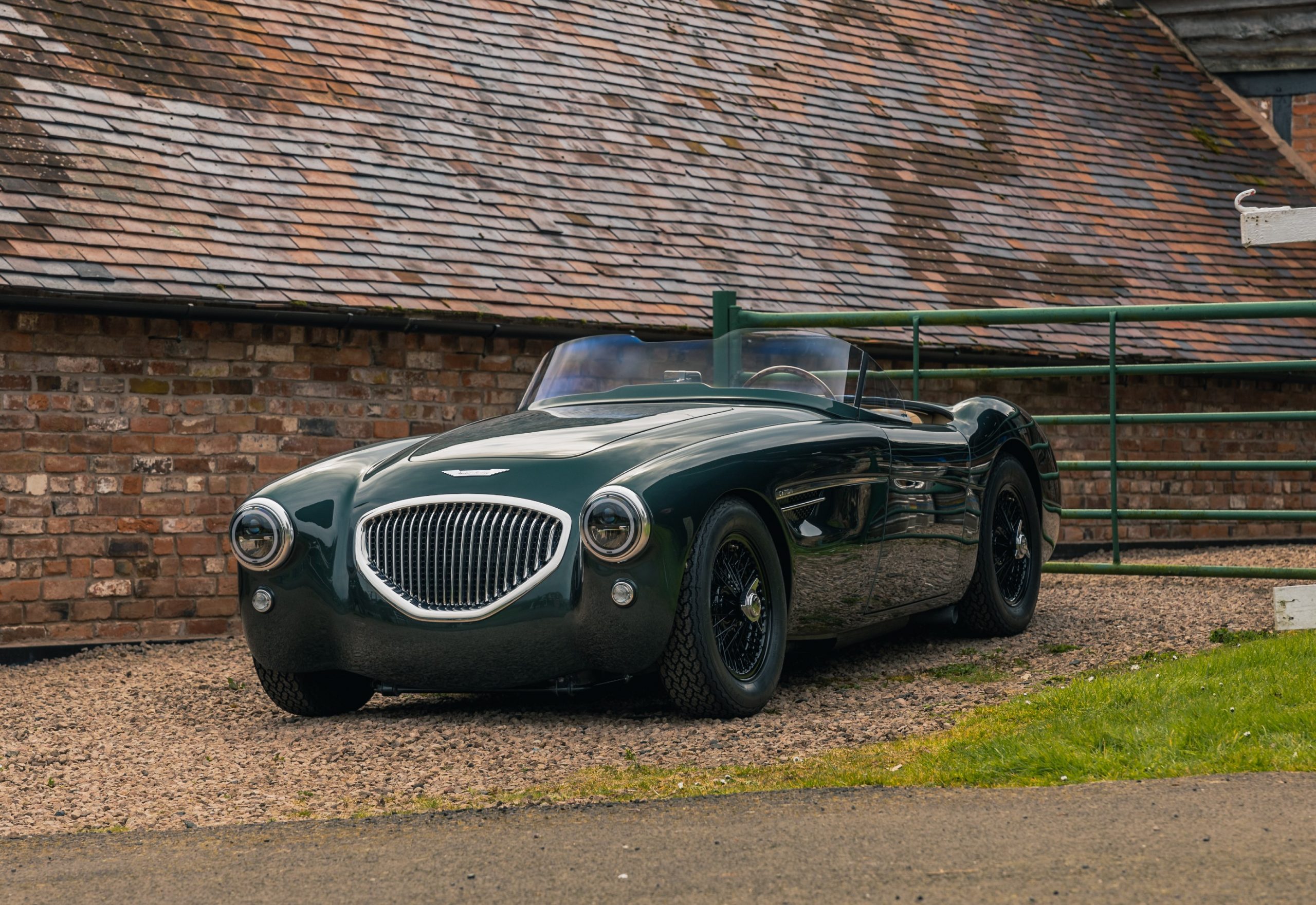 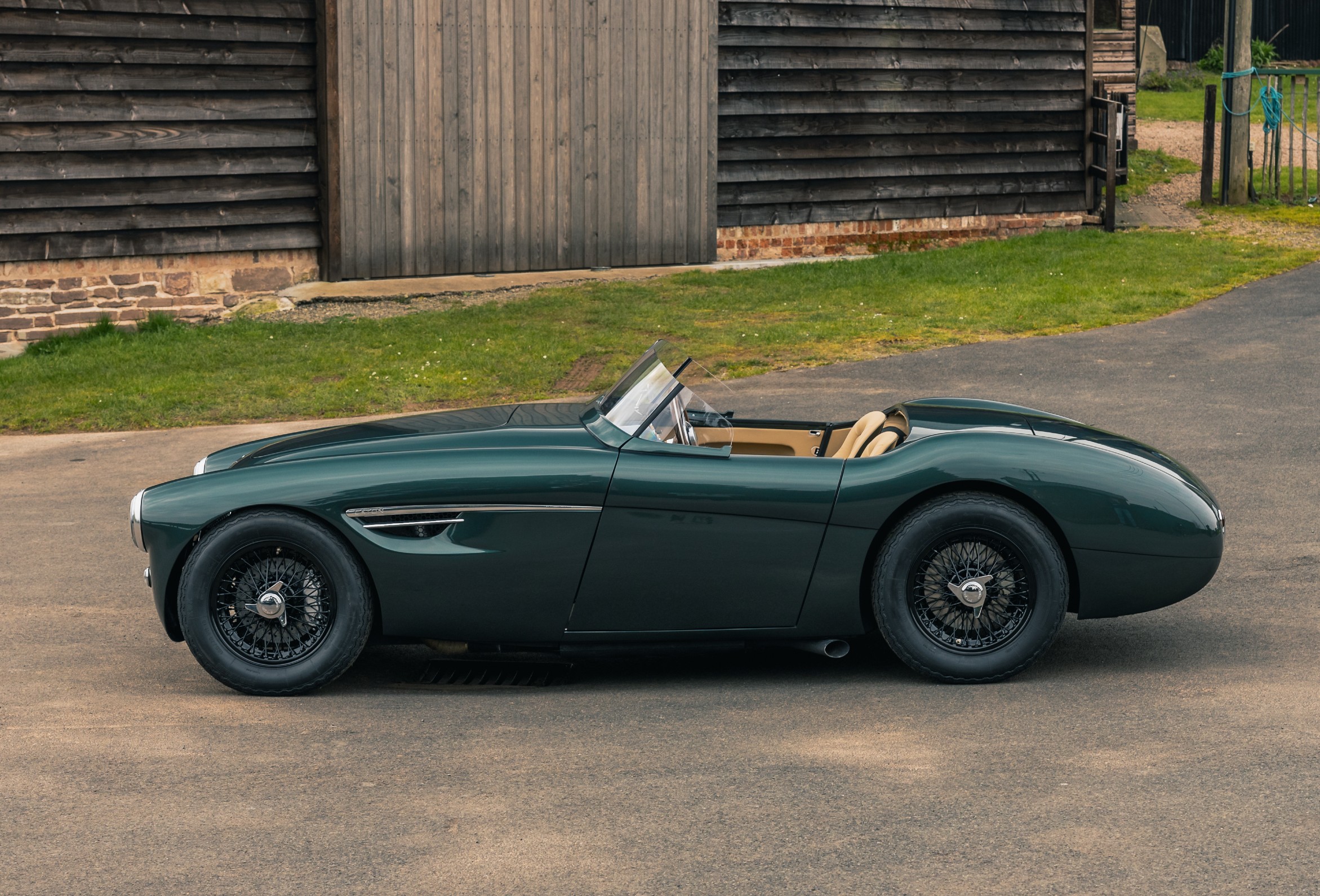 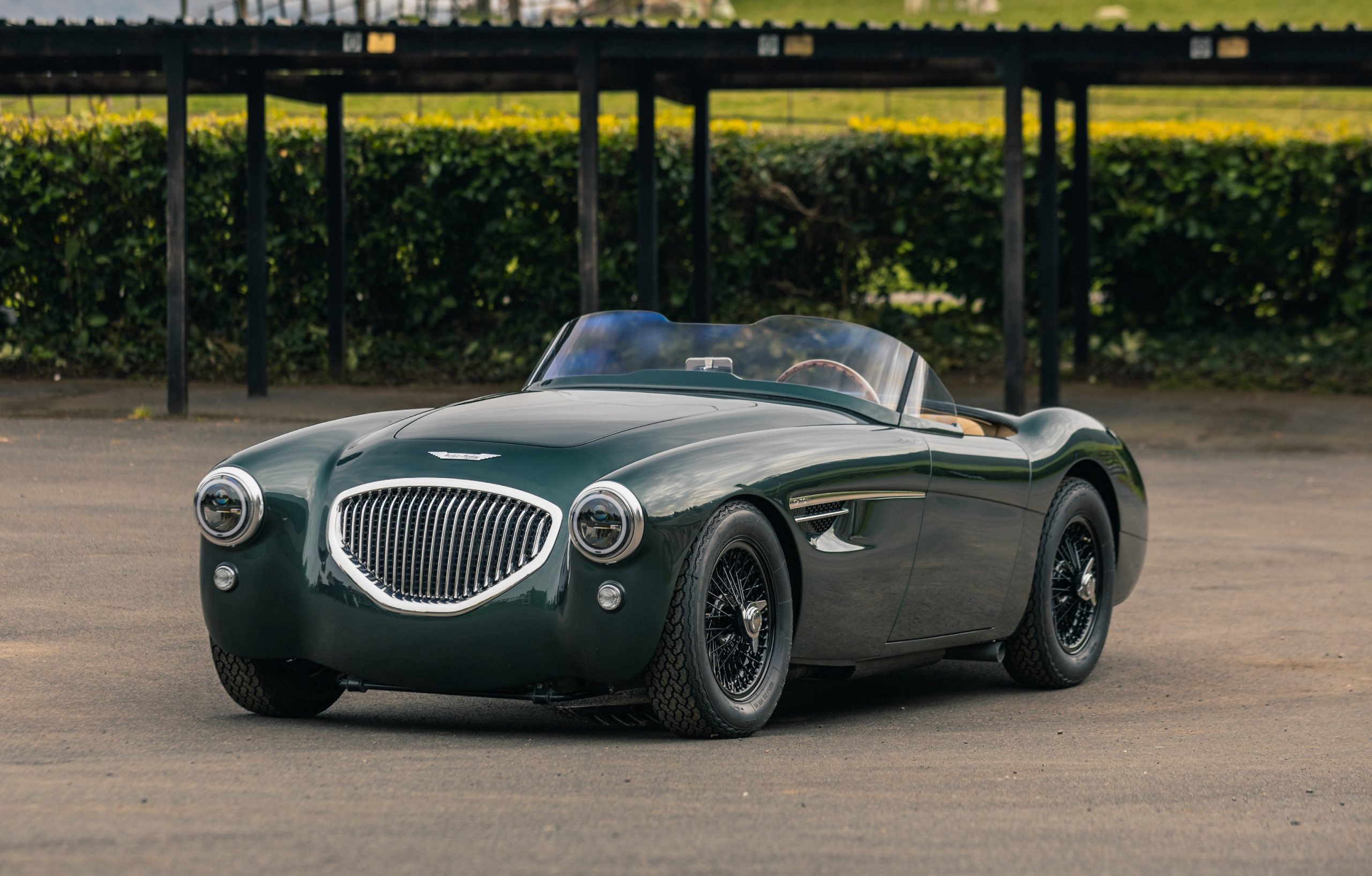 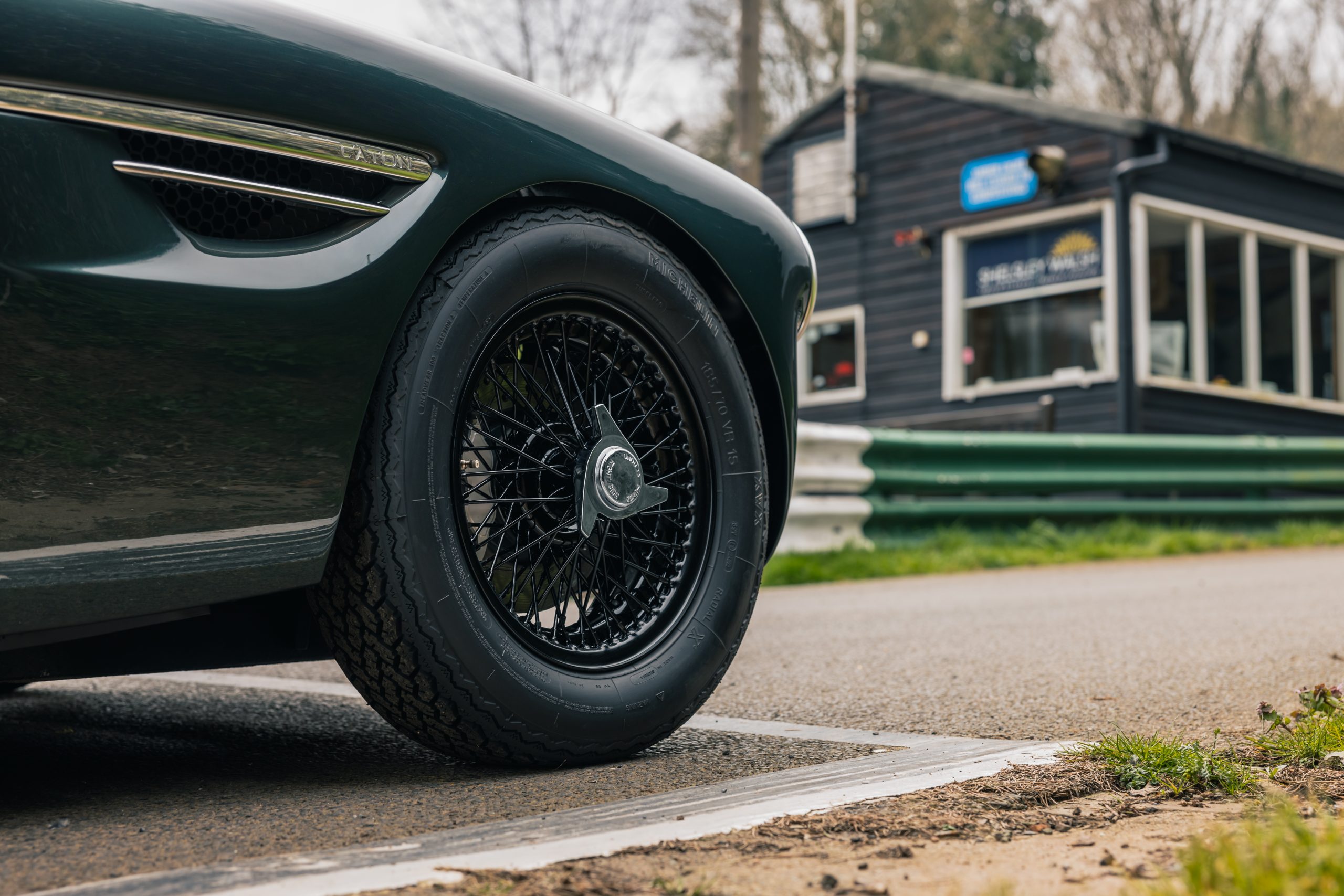 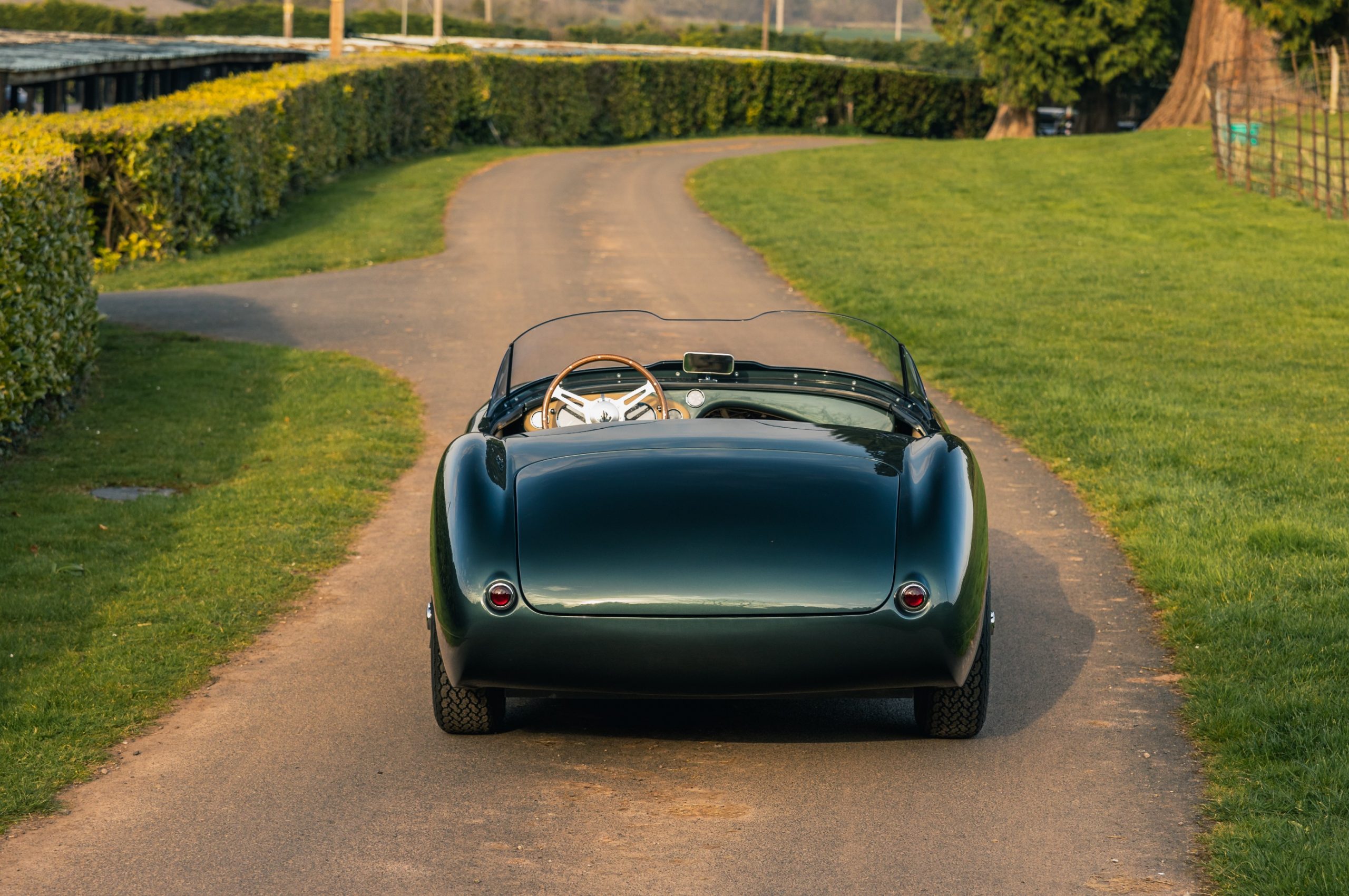