In June of 2002, a first-generation Toyota Prius became the first hybrid car to complete an FIA-sanctioned rally. Some 20 years later, in 2022, the World Rally Championship finally adopted battery-electric technology series-wide.

For Toyota, it was likely worth the wait. Gazoo Racing’s Yaris Rally1 racer is a 500-horsepower all-wheel-drive weapon and a far cry from the showroom-spec Group N Prius. The first-gen Prius, on the other hand, didn’t exactly set the timing screens on fire in the 2002 Midnight Sun to Red Sea Marathon Rally. I know because I went rallying in one.

Unlike this year’s Toyota GR roster of rally drivers, who have a 1.6-litre turbocharged engine and 3.9kWh battery pack at their disposal, I had to make do with a 1.5-litre, 58-horsepower engine and occasional 40-horsepower electric boost – state of the art at the time.

In a rally where the competition was an eclectic mix of contemporary Group N cars such as the ultimately-victorious Honda Integra Type-R (reviewed here together with the current Civic Type-R) or classics like Escort Mexicos and Porsche 911s, the Prius was the slowest car in the field. Over the course of 20 days, we covered 10 countries and more than 5000 miles. Our goal was simply to finish. Although, navigational mistakes, driver errors, and a returning breakfast all conspired to make even that accomplishment unlikely.

We began just below the Arctic Circle in Sweden. The journey over from London was the first time I’d driven the car beyond a very brief test at Silverstone’s short rally stage. Liveried to match Toyota’s F1 cars of the day, the Prius looked considerably quicker than it actually was. Roger Dowson, who made his name running cars in the British Touring Car Championship, had prepared the Prius as best he could, uprating the suspension and gutting the interior. He also fitted a roll-cage, race seats and fire suppression system in the Toyota. The complex hybrid powertrain and whiny CVT transmission were wisely left alone.

Arriving in Ostersund, Sweden to meet the 19 other competitors, it was clear from the start that we were heavily outgunned, and woefully short of experience. My co-driver Tim Bampton and I had just six UK rallies under our belt, while Ray Bellm in a Porsche 911, was a two-time winner at Le Mans, and Joe McAndrew in his Integra was a New Zealand national rally champ.

In stage one, Rally Sweden’s gravel forest roads were much faster than Tim and I anticipated. As a result, mid-way through the stage Tim lost his place in the road book and – as we were having a rather heated debate – we slid off the road into a ditch. Fortunately, I was able to drive out, and we agreed that such discussions would be better held at the end of the day. Finishing the first day 17th out of 20 was largely down to other drivers’ issues and not our pace.

Day two was the messiest moment of the rally (and one that I doubt Toyota Gazoo Racing has ever dealt with). Let’s call it “queasy right over crest.” It was unusually hot and dusty so we elected not to sap precious power by running the air conditioning. Mid-way through the final stage of the day, just as I was starting to feel comfortable on the loose surface, Tim was feeling the exact opposite.

All of a sudden, his breakfast made a rapid reappearance all over the dashboard, short-circuiting our rally computer in the process. With regurgitated eggs dripping off the dash, we finished the stage and stopped for a major clean-up operation. The remaining 4500 miles of the rally were covered with a magic tree dangling from the rear-view mirror as the aroma permeated the place like wet dogs on a sofa.

We left Sweden locked in a battle at the back of the field with a Volvo Amazon. This fight would continue until the bitter end of the event. The route took us by ferry to Poland, where the upcoming special stages were paved. The largely flat roads of Sweden were replaced by more extreme topography and the Prius power deficit was soon apparent. The battery would run out very quickly on any ascent, leaving the little 1.5-litre motor to provide propulsion and charging at the same time, which dramatically slowed us down.

On the plus side Roger Dowson’s setup meant the Prius actually handled really well and on the downhill sections we often surprised ourselves with our speed. So much so, that somewhere deep in the Czech Republic we found ourselves eclipsing 100mph as we swept from one gentle apex to another. It was all going very well. Until it wasn’t. Unable to slow sufficiently for a 90-degree right-hander I faced a choice of going straight on into a gaggle of spectators or throwing the car into the turn and hoping for the best. I chose the latter and we flew off the road into a ditch.

It was almost a rally-ending accident. In fact, if it wasn’t for the assistance of a local rally team and Toyota GB, who flew parts from the UK, we wouldn’t have been able to continue. Repairs completed, we drove through the night to catch up with the rally in Slovakia. We were firmly in dead last.

As we continued through Hungary, Romania, Bulgaria and Turkey we inched closer to the Volvo ahead of us. A transit stage through Syria was a bizarre experience of military marching bands, huge sculptures of dictators at seemingly every turn, and a general sense of unease.

Reaching Jordan for the finale we breathed a sigh of relief. Now in the heat of the desert this was our last chance to avoid last place. With gravity on our side we put in our best ever stage time, flying through canyons in 11th place.

Overall, we ended up 15th out of 17 finishers. Not last! We were a long, long way behind the winner, but a full 20 years ahead of the World Rally Championship.

This article was originally published on Hagerty US.

Best electric cars… for a car enthusiast
Opinion: The BMW i8 was clever but nobody likes a clever clogs
The original Toyota MR2 stole our hearts – and still does 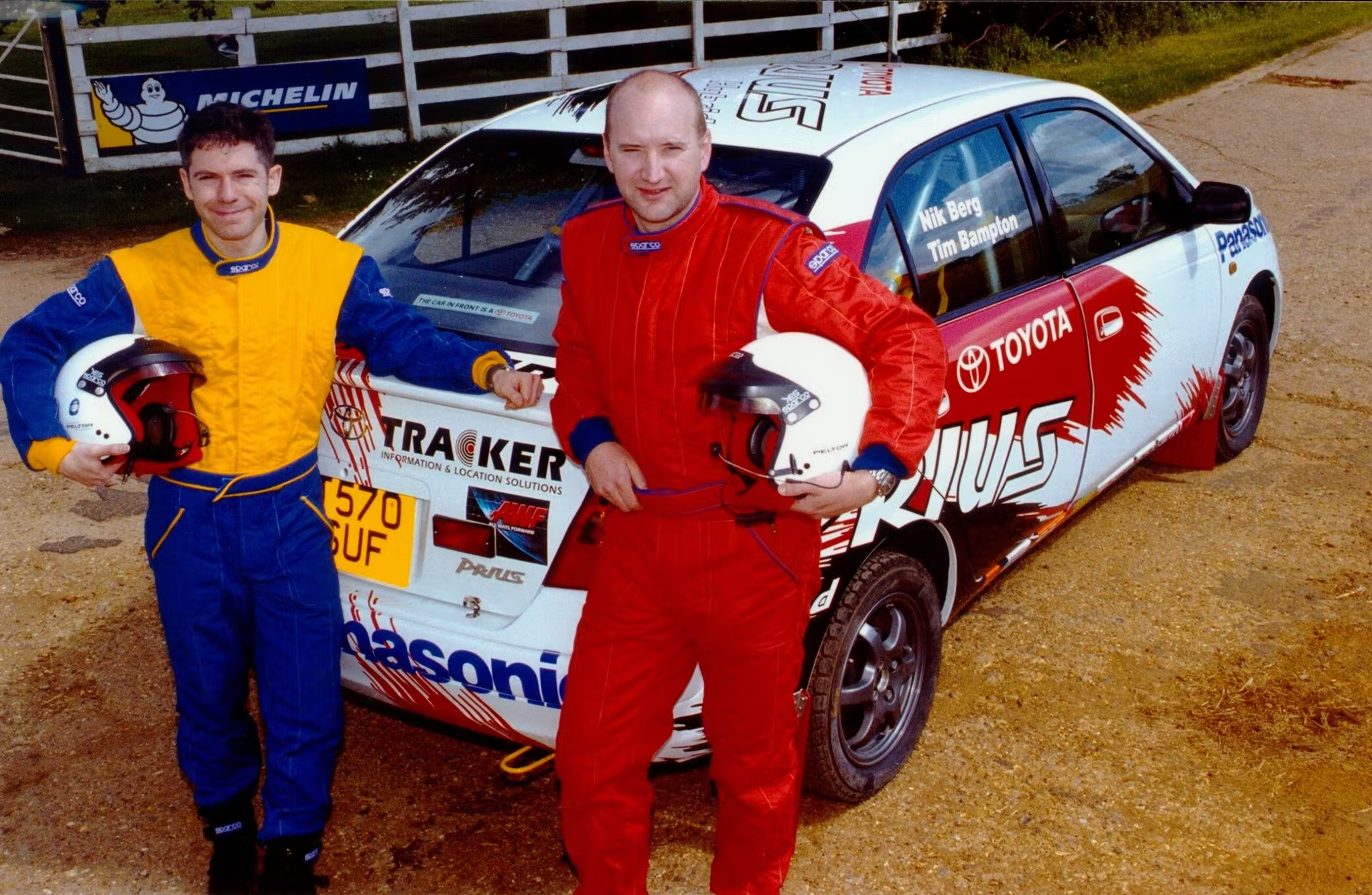