Hagerty has had a lot of auctions to analyse over the last couple of weeks, and the cars that have hit the headlines have tended to be those that are making all the noise at the moment: 1980s and ‘90s cars, especially those with competition pedigree.

But there’s another set of cars that have also attracted the bidders, although they tend not to gain so much attention from the automotive press: the pre-war racers. The vintage hillclimb and circuit racing scene is thriving, and historic events such as the Mille Miglia and Vernasca Silver Flag remain very much at the top of many drivers’ bucket lists. But just having a car that is eligible isn’t really enough, as two pre-war MGs offered by Bonhams this week showed.

One was a 1935 MG L1 Magna, originally a four-seater, but converted relatively early in its life to racing form with a fine Carbodies two-seat racing body and Marshall supercharger, offered by Bonhams MPH with a £30,000 to £50,000 estimate. It was very much a non-runner, having spun a bearing hillclimbing at Prescott in the 1970s, and had sat in dry storage ever since. I saw the car last week, and as I climbed over the side and started to wriggle into the cockpit, I almost fell backwards as the seats were unattached. It needed a full refurbishment: brakes, axles, fuel system, a crank regrind if you were lucky and a new crank if you weren’t.

The other was a 1934 MG NA Magnette at the Bonhams Bond Street sale, also a six-cylinder supercharged car but this one having been prepared by the factory for racing and with the benefit of a recent service by a marque specialist, so seemingly ready to go.

On paper, the Magnette had the edge, but cars are often bought with the heart and not the head. Despite its problems, the Magna was a thing of beauty with a phenomenal patina: scrutineering tags still in place, original leather seats showing their age, and 1970s Prescott flies embedded in the windscreen. As I sat behind the huge steering wheel of that car, I knew I was besotted.

Once bidding started, I knew that this car had also spun its magic charm on others: one of the first lots was an MG ENV pre-select gearbox, a perfect accompaniment to the car. The bids shot past the pre-sale £800 top estimate, someone paying £4725 including premium. Later, when the car reached the rostrum, and despite the rain that had kept the crowds away, it also performed a great deal better than expected, achieving £74,250 against the £30,000 to £50,000 estimate.

And the Magnette? Unfortunately, the bright green paint and re-trimmed interior just didn’t have the same effect. Despite a £65,000 low estimate, bidding reached just £55,000, not enough to make an immediate sale.

Interestingly, this week saw another pre-war MG hit the blocks as H&H sold a 1935 MG PB ‘Midget’ with a wonderful Q-type pointed-tail racing body. The now-supercharged car looks wonderful and it sold to a buyer in the room well over its top £55,000 estimate, returning £67,500 inclusive of commission.

It wasn’t original, but built up from a ‘kit of parts’ previously belonging to Peter Green, long-time chair of the Triple-M Register. Obviously put together by an engineer and well known to the Triple M Register, the car was smart and ready to drive or race; those factors outweighed its lack of originality.

So, what links this fresh Midget and the rather battle-worn Magna? I believe it’s a link to the history of our pastime. Sit in one of those cars, and you’re instantly transported back to Brooklands, Montlhéry or Phoenix Park at a time when the MG drivers took the race to the big-engined Aston Martins and Bentleys and won.

Just like the more modern WRC cars that are currently selling so well, these little MGs were driven by the automotive gladiators of their time. The right example has the ability to make the driver feel special, as if a little of the glory of those early racers has rubbed off, passing through the rim of the enormous steering wheel into the hands of the modern owner.

Surely that feeling is what we’re all looking for in a car; now it’s not so hard to understand why these pre-war racers are still so sought after. 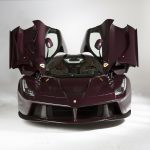 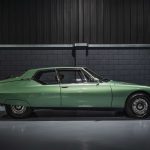 ‘Old out yer ‘and: Mike Brewer is selling his car collection
A story about
Auctions Bonhams Market analysis Market trends