The idea that classic cars are there to be driven and enjoyed is one, I’d hope, we can all agree with. Not only because that’s what they are for, but because regular use and maintenance keeps all the oily, moving bits in the best possible shape.

There is an exception though and that is driving on salted roads. Just as we make efforts to move out of the way when we see blue lights approaching, so we should get off the road at the first sign of the flashing orange lights of gritting lorries.

It’s one of the reasons many owners choose to tuck their cherished car or motorcycles away, during the winter months. Salt is a car killer, there’s no two ways about it. Mixed with water, it becomes ferociously corrosive and ignoring what’s going on in the nooks and crannies of just about every part of the car is a recipe for disaster in the long term. In the medium and even short term you’ll notice deterioration, especially where a car has undergone some restoration and freshly plated nuts and bolts rapidly lose their shine.

Salt is hygroscopic which means it absorbs atmospheric water, so when a car is left standing with salt present anywhere, it will corrode. The tiniest fissure or blemish on paintwork is a way in and on dry days on heavily salted roads the stuff becomes airborne. Have you noticed you can sometimes taste it while driving? In that case, invisible traces of salt will come through the air vents and as condensation forms inside the car during the twilight hours, it can even attack interior surfaces too.

Have I scared you enough already to stay off the road when the gritters are out? No? In that case…

Road salt in the UK isn’t refined like table salt and contains small amounts of a clay-like substance called marl. Some authorities include agricultural by-products (ABPs) some of which are designed to help the salt adhere to the road surface.

If your car has been exposed to salted roads (and sometimes it’s unavoidable) the first thing you should do before laying it up for winter is treat it to a thorough wash with soapy water (using car shampoo, never washing up liquid), or better still, judicious use of a pressure washer with a foam attachment, especially underneath. Accessories are available for decent pressure washers (here are nine we’ve tested) designed especially for cleaning under the car and are well worth the investment.

The next step is to remember the engine bay, which will always benefit from a clean. Do this by hand, following Richard Tipper’s advice here and being sure to protect any sensitive electrical parts first. You’ll need a degreaser product and decent automotive shampoo and a selection of brushes, which get rinsed away after application and agitation, then dry off using microfibre cloths to protect any shiny bits and plated components.

With modern classic cars, you might choose to tax the car for six months and then register it as off the road, using SORN (statutory offroad notification). It saves you money as well as keeps the car out of harm’s reach from the worst of the year’s weather. Alternatively, you might just choose to leave the car registered for the road, so you can stretch its legs once a month or so, when the weather is kind and the roads haven’t been gritted for a good while.

My preference is to leave the car off the road. I don’t want to put in the hours on maintenance and restoration for my cars then wreck all the hard work by deliberately coating them with corrosive salt. That’s all well and good, I hear you say, but what should you do to look after your car while it’s laid up for a prolonged period of time? Here are a few well-known steps that are worth repeating.

The first is dealing with fuel, because petrol goes off if left to age and the octane rating drops off. Ethanol, which is in unleaded fuel, is also hygroscopic and as well as attacking incompatible rubber and polymer components causes corrosion in fuel systems by attracting moisture. The received wisdom in parts of the world where a higher concentration of ethanol is more prevalent than it is in the UK is to fill the tank before a layup to exclude as much air as possible. The downside of that, especially if your classic has a high performance engine with a high compression ratio or a turbocharger, is that it’s not ideal to have to then burn your way through an entire tank full of old fuel in the Spring.

Assuming you’re not using E10 petrol in your classic and are sticking to Super Unleaded – which is now known as ‘Protection Grade’ as it continues with an E5 mix, until at least 2025 – leave the tank as empty as possible and add a fuel stabiliser product, like Sta-bil or Wynns, and then when the time comes to prepare to start it in the Spring, take a 5-litre reserve can and fill it with fresh fuel, add that to your classic’s tank and then drive it to the filling station to fill the tank as desired.

We’ve covered batteries before but ideally, use an intelligent trickle charger, such as Ring or C-Tek, which manages the condition of the battery without damaging it. With the trickle charger, it’s possible to perform a reconditioning cycle, which can help prevent the battery cells becoming sulphated. You can also care for your battery by performing some basic maintenance tasks, including cleaning the terminals on both the battery and the battery leads and applying a light coating of Vaseline on them to prevent oxidation build-up.

I don’t like running engines when laid up without driving them. Leaving a car idling in the drive and then turning it off again isn’t good practice and with higher performance engines with spark plugs in the colder end of the heat range, this practice can result in a misfire developing. Engines produce combustion products and after a brief warm-up to get the oil circulating, benefit from being driven sooner rather than later and gently increasing the load until the oil is properly up to temperature. If there’s no oil temperature gauge, it’s important to remember that oil takes much longer to warm up than coolant.

So that’s why you may prefer to leave you car registered for the road over its winter hibernation. When the sun shines, the gritters go away and the roads are free from nasties, you can give the car a run and ensure all moving parts, emissions equipment and fluids get up to operating temperature.

Finally, when leaving a saloon car in the garage over winter, leave a window open a crack so air can circulate and if it’s a ragtop like an older British sports car, leave it with the top up rather than folded and scrunched up for long periods. Don’t forget to make sure that reasonably fresh anti-freeze is installed in the cooling system, not just to protect against freezing but also corrosion. If you can, use a de-humidifier in your garage too. They don’t cost the earth to buy and run and help deal with the problem of condensation as air temperature rises and falls.

7 tips to keep mice out of stored cars
Socket Set: How to clear drainage channels and stop your car leaking and rusting
These battery chargers will keep your classic car ready for action 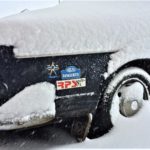 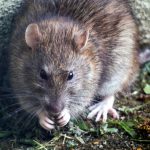 7 tips from readers to keep mice out of stored cars 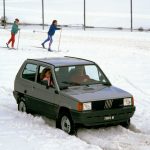