Blocked drains may be something you worry about happening in your house rather than your car, but the consequences can be just as expensive. It’s an easy problem to avoid though, with some simple maintenance that anybody could carry out – regardless of whether they have any mechanical experience.

Any car with a unibody construction (which is anything beyond early body-on-ladder chassis cars) will have been designed to let water escape from cavities. Those cavities are everywhere, inside the sills, beneath the windscreen, in the doors, around the boot or hatch area, and in the roof and sunroof. You name it, and there’s a place where water can collect. And if that water gets trapped, it can rot the car from the inside out.

To stop it collecting, car bodies are generally peppered with drain holes, sometimes with hidden pipework or channels to take the water away and sometimes not. Hunting down these drains and making sure they are clear is one of the easiest ways of preventing damaging corrosion or at least stopping it progressing any further, giving you a chance to do something about it.

The exact location of drains and how you find the entrance to them depends to some extent on the design of the car. To speed up the hunt for them, an owner’s manual or DIY workshop manual may identify their locations –  although you should be able to find them without. The fundamentals are pretty much the same, and you can fill in any gaps in the knowledge with some detective work and a bit of common sense. If nothing else, it’s a great way to get properly acquainted with the construction of your car’s bodywork and a chance to get inside the heads of the people who designed it. There’s something satisfying about that and I always find that the more you work on a car, the stronger the bond with it becomes.

So let’s start at the front because the basic principle hasn’t changed over the years. Somewhere on either side, below the windscreen there is likely to be some sort of scuttle drain to allow water to escape from the areas where the inner and outer wings meet the firewall. On more modern cars, there is also likely to be a plastic cowl between the bottom of the screen and the bonnet and with that removed, you should find a drain hole on either side channelling water away.

On earlier cars that plastic cowl will be steel bodywork, so there may not be any drains in that area but there may be somewhere else. The heater plenum on a Mk1 or Mk2 Ford Escort is an example and although it has a large drain hole at the bottom, is notorious for rotting from the inside out due to dead leaves and other muck accumulating and blocking the passage of water while holding moisture over time. On cars of that era there are more obvious drainage channels, like the gaps left beneath bonnet hinge brackets. Any area like that easily clogs with dead leaves and needs to be kept clean. Useful stuff for cleaning out drains is strimmer chord. It’s plastic so won’t do any damage but fairly stiff so works like a set of miniature drain rods.

Doors with opening windows can be major problem areas. Water enters between window seals and glass, particularly at each end or when the seals are old with algae growing on the wiping edge. At the bottom of each door will be drain holes. They may be fancier with a slight cowl shape, have fittings on them, be hidden behind the rubber weather seal or, just be plain old holes. Water will get inside the door due to condensation as well as water ingress, and if it can’t get out the door will rot. Get on your hands and knees and look at the underside of the door and if you see paint bubbles or worse it’s a telling sign that rotting is in progress.

The sills (called rocker panels in the USA and other parts of the world) are infamous for rotting as there are large spaces between the inner and outer sill running the length of the car. Again, depending on the age of the car, they may just have openings (usually cowled in the panel pressing rather than just a plain hole) or on more modern cars, plugs, or both. Have a good drain hunt and make sure there’s no water trapped inside and that the drain holes are unblocked.

There may also be drainage points around boot lid seals and if the car has a mechanical sunroof, there will be drain holes visible once the roof is open, with tubes taking water away. The strimmer chord is good for making sure those are clear, as it is for boot lid channel drains.

The next time you get the cleaning gear out, don’t forget to have a good poke around looking for anywhere that might be trapping water. It could save a few tears later. 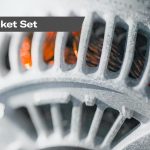 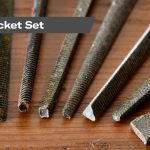