The scalpel’s blade glides smoothly through the vinyl. Its course is gracefully determined by artist Joel Clark, who will place the piece of vinyl he carves out alongside hundreds, perhaps thousands, of others to build an image depicting an iconic road or race car in motion. His canvas could be two or three-dimensional, a car door or a wing mirror, but his medium will always be the same.

“I’d hoped to do something with vinyl since learning how to hand-cut stickers for racing team liveries back in the early nineties,” says Joel, who, at the time, was working for a sign company based at Silverstone circuit.

“The vinyl cutter could only cut standard fonts, so the logos and specially designed lettering had to be done by hand. The basic technique hasn’t changed, but my skills with the scalpel are a million miles from back then, and it never ceases to amaze me how small and detailed I can go with a fresh blade.”

In his studio, Joel is surrounded by rolls and rolls of vinyl in a kaleidoscopic display of colour. He keeps a radio for company – music is an absolute must for his creative process – and the tools of his trade consisting of a pen, scalpel, squeegee, and application tape are exactly where he left them the day before.

The studio is a place where Joel has grappled with a self-confessed tendency to be impatient, and a “constant desire to finish a project as soon as possible”, but it’s a trait that lends itself to working with vinyl.

“A leopard can’t totally change their spots, hence why I find vinyl so satisfying to work with. I don’t have to mix any paints to get my colours, plus they are always the same colours the next morning. I also get to see a finished section at the end of each day, and don’t have to follow that by cleaning endless brushes.”

Abiding by a strict “measure twice, cut once” rule helps avoid any accidental incisions, and Joel also does his best to avoid the sharp end of the blade himself.

“Thankfully, I’ve not had any accidents, other than the tiniest of nicks, or dropping the scalpel and just missing going through a toe.”

When Joel launched Speed Icons – the name under which he sells his artwork – his focus was on bringing flat surfaces to life with motorsport-inspired designs. Jackie Stewart and the Group B Rally legends were subjects of his early work, but a fascination with how cars reflect their surroundings propelled his transition into sculptural forms.

“I’d begun to study the reflections on cars, and was inspired by how the image becomes warped while flowing over the lines and curves that make up the surface of each particular car part,” explains Joel, who describes his concept as “beautifully simple” yet unique.

“It was the introduction of vinyl that created the most famous and revered liveries us petrolheads love, but within the world of automotive art, as far as I’m aware, I am the only artist working with vinyl. I don’t really fear if another artist uses it, as I was the first. Think of it as creating my own colour by numbers, only this is cut by colour and shapes.”

For his sculptural pieces, Joel sources road car doors, bonnets and windows from eBay and commissions fibreglass copies of rarer automotive beasts to specifications so precise they would fit seamlessly onto a real car. When working in three-dimensions, his creative process is led by the form of the bodywork.

“They allow for more experimentation when creating that sense of speed, frozen in time. It is very easy to get carried away with swooshes and stripes, but the art is in finding just the right balance; and it’s usually simpler than one imagines,” says Joel.

“Anything that fools the viewer’s eye in to what it really is has always intrigued me, and when completing the first car door sculpture, this was the first thing that jumped out to me. The reflections seen on the window areas of cars was a simple adaptation of my 2D work, and consisted of simply warping and flipping the image I was depicting; the experimentation came when creating the low and highlights that flow across the the bodywork and trying to freeze-frame a sense of speed.”

Joel’s dream is to transform an entire car with vinyl, a project which he thinks would take around four months. The closest he has come to this so far is the piece he is most proud of, the ‘917 slice’ – a replica door section from the Porsche 917. This, and all of his sculptures, are finished with a protective lacquer that enables the owner to dust them without disturbing the corners and edges of the vinyl.

“When you run a finger over the surface, you can feel every single tiny layer. It’s a totally unique feel, and the ridges and edges also take on another element that brings them to life, in the way the changing light hits them. The other beauty is that the shine and finish of each artwork has exactly that of the real car I’m depicting.”

The downside of working with vinyl? Air bubbles. A menace to the application process, air bubbles and tiny bits of dust or debris can get stuck underneath the vinyl but – depending on the canvas he’s using – Joel says it’s fairly easy to peel it off and start again.

“The trickiest part of the process is usually the application of larger pieces of vinyl, especially when trying to keep to just a 2 millimetre overlap between each piece.”

Making sure nothing goes to waste, Joel uses cut-offs to create abstract works. The results, he says, can be hit or miss, but it’s a welcome break to loosen up from the intensity of creating his Speed Icons pieces. 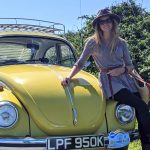 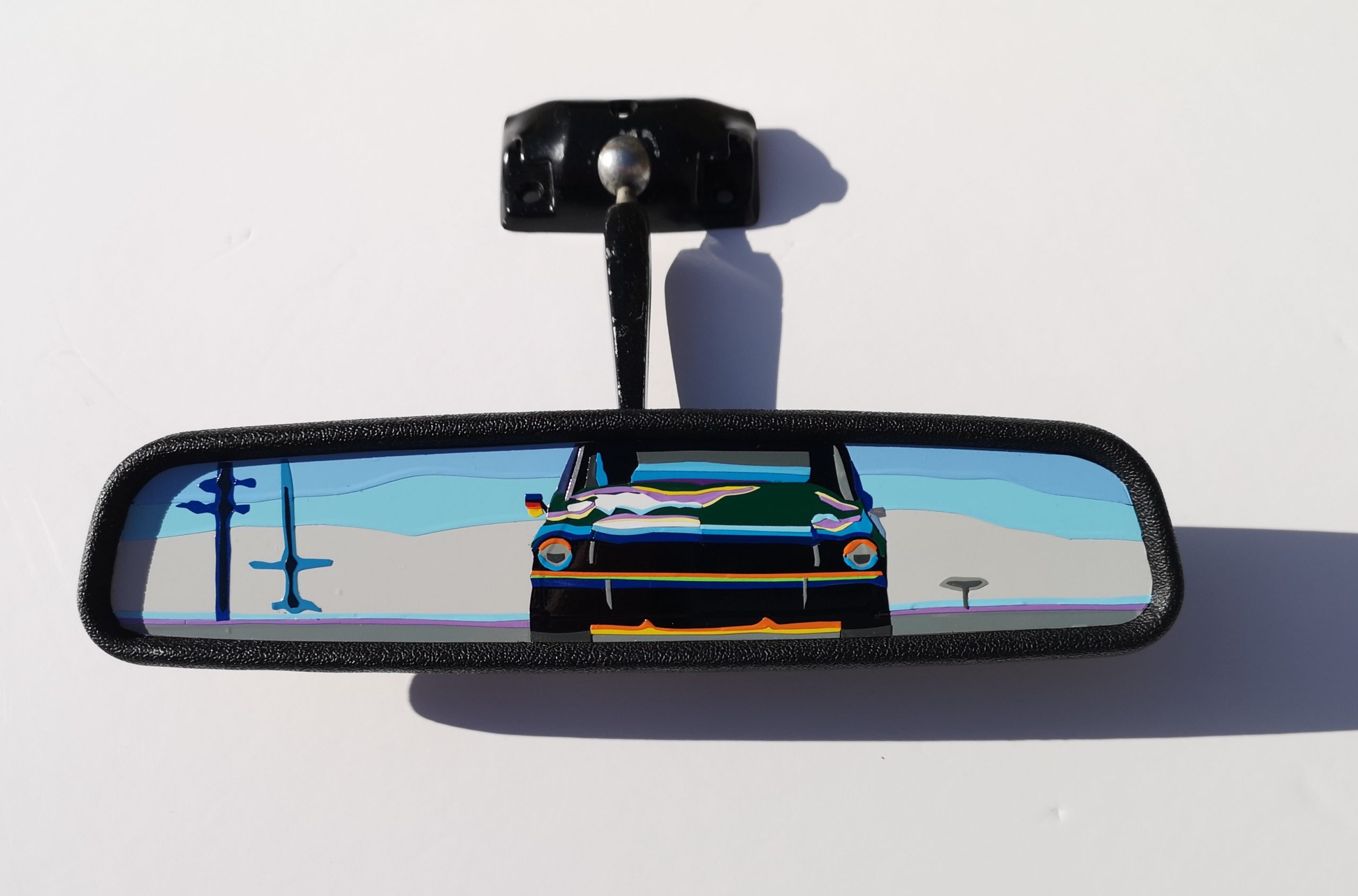 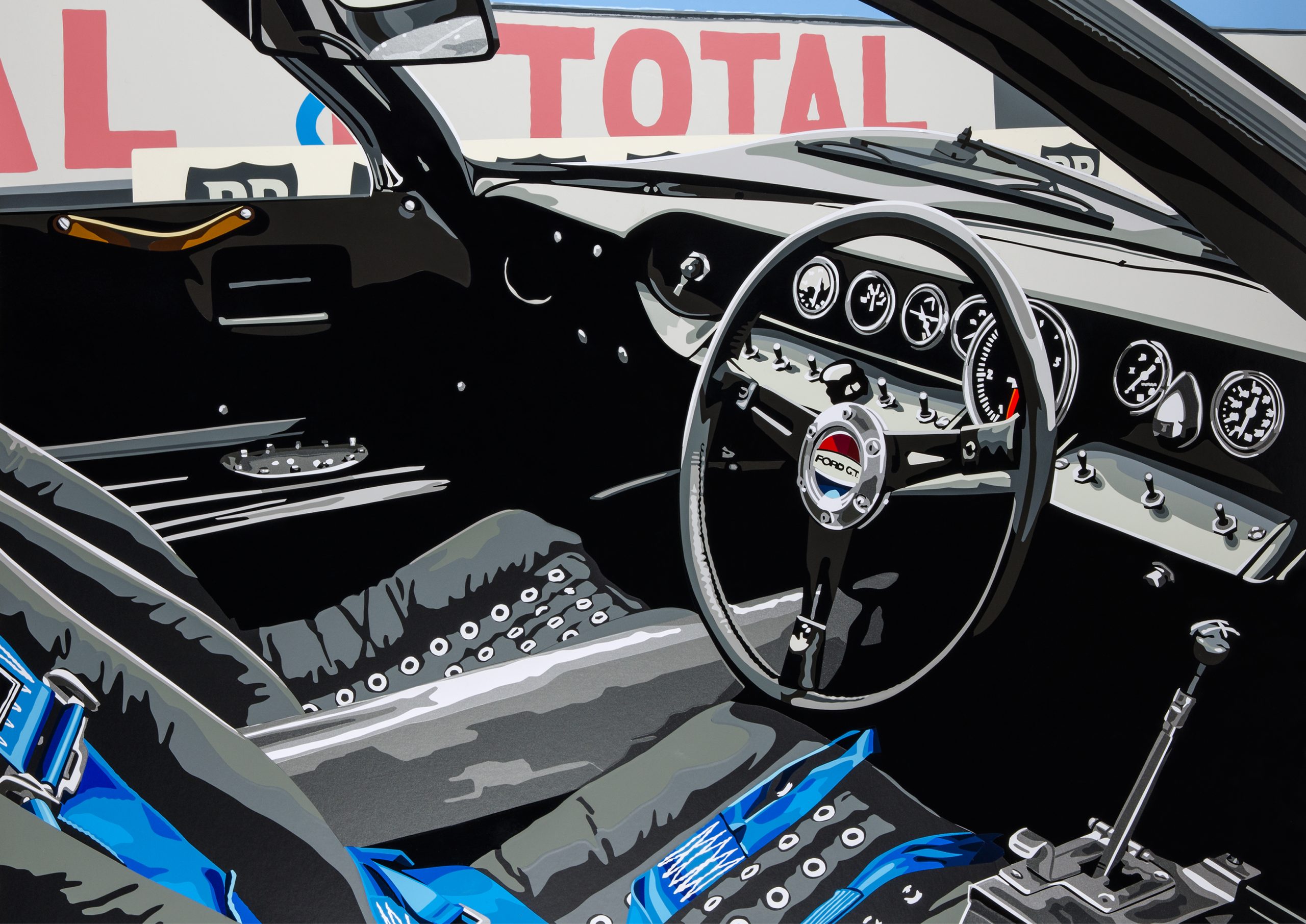 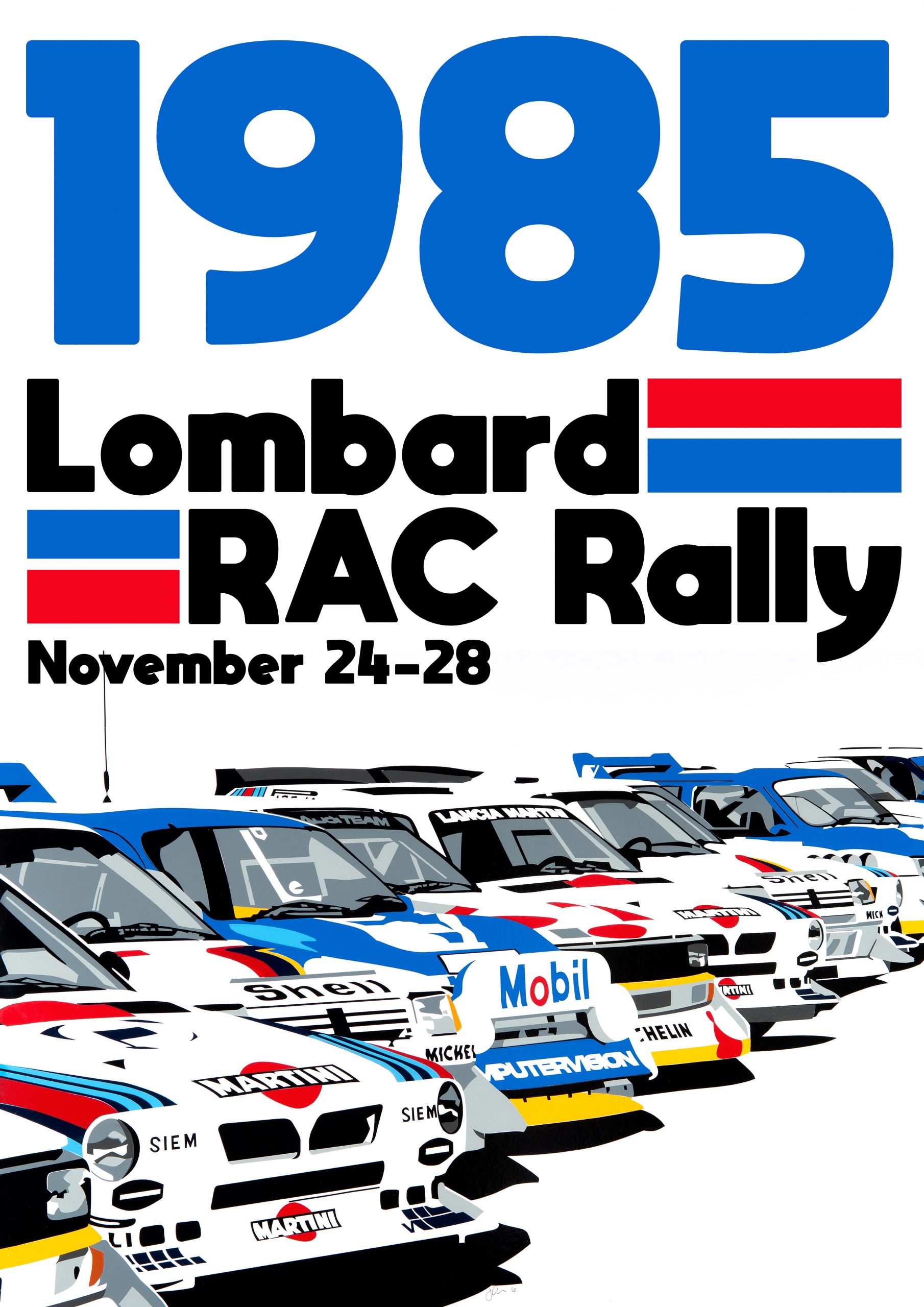 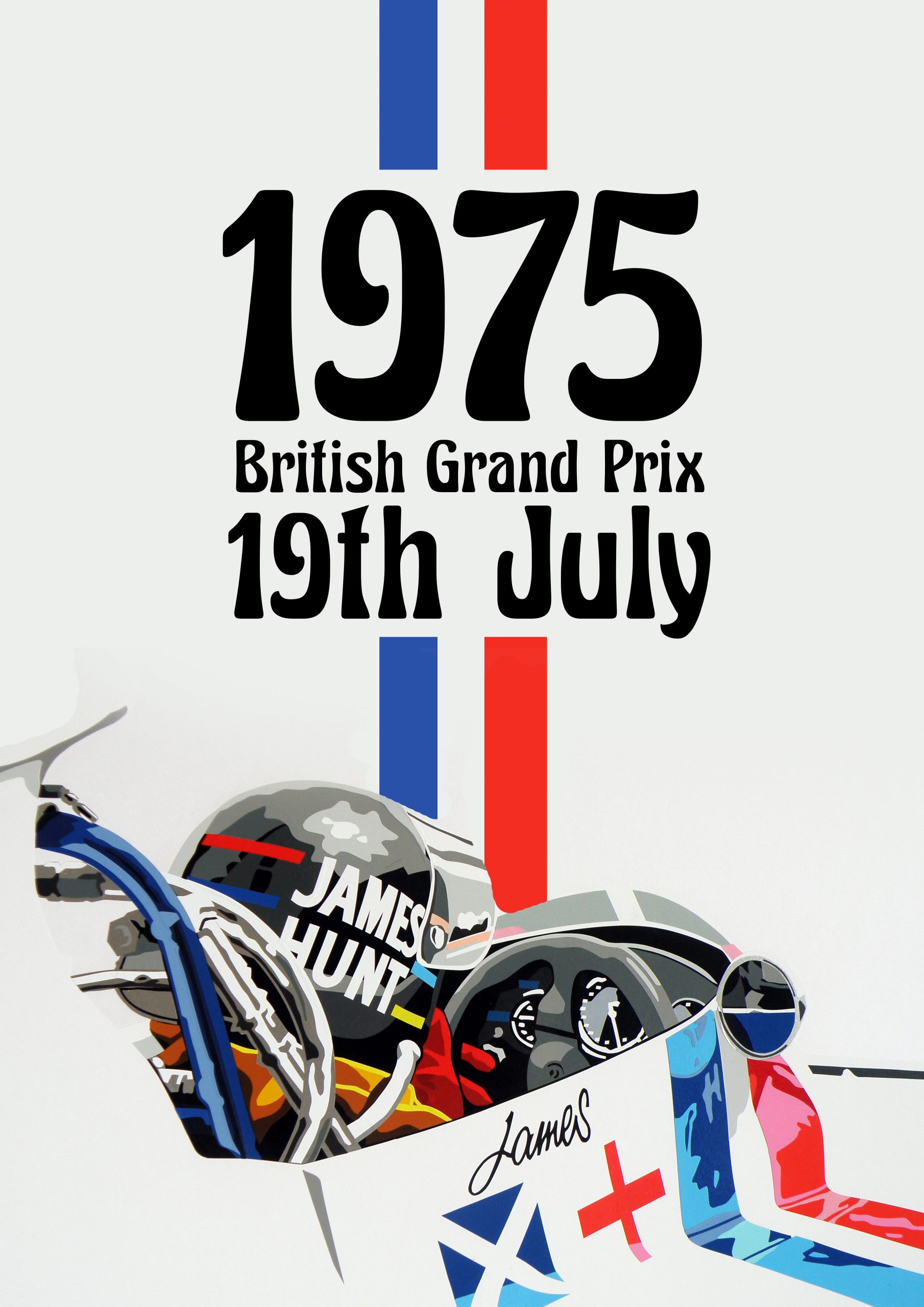 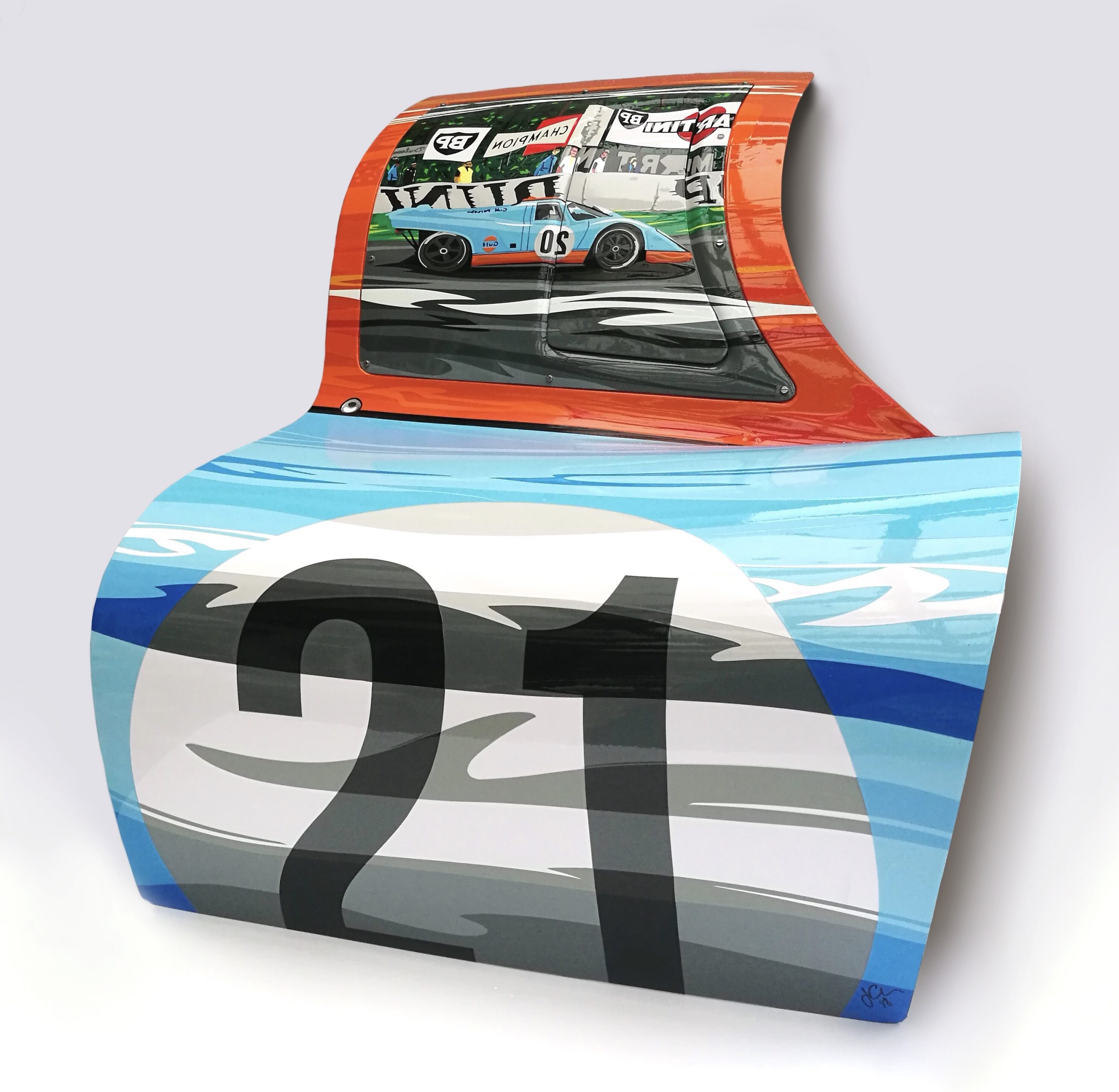 A story about
Art Craftspeople Hard Craft Maintenance and gear