In the darkness they came, rolling over the Serpentine Bridge, hissing, chugging and hooting, to the bemusement of the Egyptian Geese and early risers walking their dogs, before gathering beneath an avenue of London Plane trees not much older than the machines parking beneath them.

As the engines of almost 300 machines fell silent, all that could be heard was the excitable thrum of their drivers and passengers – unusually cheery given dawn was still to break, enthusiastic to mark the 125th anniversary of the Emancipation Run. The drive was first held in 1896 to celebrate the recently passed Locomotives on Highways Act. This raised the speed limit for ‘light locomotives’ from 4 to 14 mph and abolished the need for a man to walk ahead waving a red flag.

The rising of the sun brought well-wishers to Hyde Park, and the crowds awaited daybreak at 7.06am to signal the start of the Capital to coast drive that celebrates the freedom of the open road and remembers those early pioneers of motoring who fought for progress.

Beneath the start line, Wing Commander Andy Green OBE, the fastest man on earth, together with Ben Cussons, Chairman of the Royal Automobile Club, tore up a red flag in an act of symbolism. It was the signal for the start of the near-60 mile drive from London to Brighton, and all around the sound of engines being brought to life reverberated around Hyde Park, before riders, drivers and passengers boarded their vehicles to set off for the sea.

The first batch of the pre-1905 horseless carriages – the earliest of the Victorian ‘light locomotive’ vehicles – led the 286-strong cavalcade as they passed through Wellington Arch, down Constitution Hill, past Buckingham Palace, Admiralty Arch and Whitehall into Parliament Square.

Half of the plucky participants followed the traditional A23 route past Big Ben and over Westminster Bridge via Kennington, Brixton and Streatham Common; the other half journeyed via Lambeth Bridge and then through Vauxhall, Clapham Common and Tooting. The two routes then merged on the A236 just north of Croydon with the entire magical cavalcade reunited as it headed towards the challenges of the South Downs and eventually the Madeira Drive seafront in Brighton.

Although it is not a race, the first car to reach a sun-drenched Sussex seafront was the 1902 Mors driven by Stuart Evison – the French four-cylinder machine completing the journey from Capital to coast in just under three hours. By the time the RM Sotheby’s London to Brighton Veteran Car Run drew to a close, 235 finishers had crossed the finishing line to the applause of thousands of well-wishers – and to collect a coveted finishers’ medal.

In among them was a 1903 Knox, an American ‘car’ with a single-cylinder engine and tiller-operated steering, piloted by James Wood, racing driver and Hagerty ambassador, and Mark Roper, Managing Director of Hagerty International. Roper would give up his seat to Paul Cowland, television presenter and Hagerty columnist, at the halfway stopover point at Crawley College.

Speaking about the experience of taking part in the Veteran Car Run for the first time, Mark Roper said: “As someone who hasn’t experienced the London to Brighton Veteran Car Run before, I was struck by the spirit of the car community, the passion amongst the supporters and volunteers surrounding the event and the joy it brought to spectators, who seemed to take delight in cheering entrants on from London all the way to Brighton. The Royal Automobile Club is a great custodian of the event – and somehow even managed to arrange for unseasonably pleasant weather – and Hagerty is proud to support the efforts of all involved.”

Paul Cowland was another novice to take part, and declared himself over the moon to be involved. “It has been a wonderful experience. Sitting alongside James Wood and winding our way through the South East of England in the Knox was a moment I will treasure. I have been wanting to join the event for many years and was over the moon when Hagerty invited me to passenger in its 1903 Knox. Seeing the joy this event brought to the local communities it passed through, and how it reminded people that the freedom of the open road had to be won by campaigners and motoring pioneers, who we are proud to celebrate, was an unforgettable experience.”

James Wood, driver for the duration of the event, was full of admiration for the 118-year old Knox. “The Hagerty team and the Knox completed the 60-mile journey without missing a beat, testament to the ongoing maintenance and specific event preparation that is performed by the team at Autohistoric, led by Gregg May. It is also a pleasure to drive and always a joy to share with the community. And having observant passengers – Mark Roper and Paul Cowland – makes all the difference to a smooth, safe and enjoyable run from London to Brighton.”

The Knox Automobile Company was established in 1900, building 15 cars in its first year. When new the ‘Knoxmobile’ sold for $1350 in contrast to the Ford Model F which sold for $2000. Its 2.5-litre engine features a single cylinder encased within an ingenious heatsink resembling a huge metal hedgehog, created by the precision drilling and tapping of some 1750 threaded studs.

In total, 87 different marques ranging from Albion and Alldays to Winton and Wolseley were represented on this year’s entry – some, like Cadillac, Renault, Vauxhall and Mercedes, still well-known today, but the vast majority lost to history.

Wing Commander Andy Green OBE was driving his recently acquired 1904 Stanley steam car. Summing up the event, he said: “This is not just about a few people with some quirky old cars in November – this is much, much more than that. The Run delivers something that makes huge numbers of people smile and wave. I can’t think of any other event that brings so much happiness to so many people over 60 wonderful miles. It’s such a privilege to take part.”

After the final car crossed the finishing line, Ben Cussons, Chairman of the Royal Automobile Club, custodians since 1930 of what is the world’s longest running motoring event, described how “it would be hard to imagine a more perfect day. The RM Sotheby’s Veteran Car Run embodies the true spirit of motoring and it is always rewarding to see that the passion and enthusiasm for these pioneer motor cars is as strong as ever.”

And with that, another year’s tribute was paid to those pioneers of motoring, who pushed for progress and helped shape the development of the automobile and the society it served.

Community care: Meet the drivers of the 2021 London to Brighton Veteran Car Run
Join Paul Cowland as he learns to drive… like a Victorian
From London to the sea, by Knox and by golly 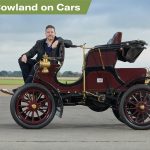 Cowland on Cars: Why the London to Brighton Run is the drive of a lifetime 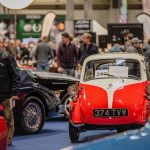 What to see and do at the 2021 Classic Motor Show 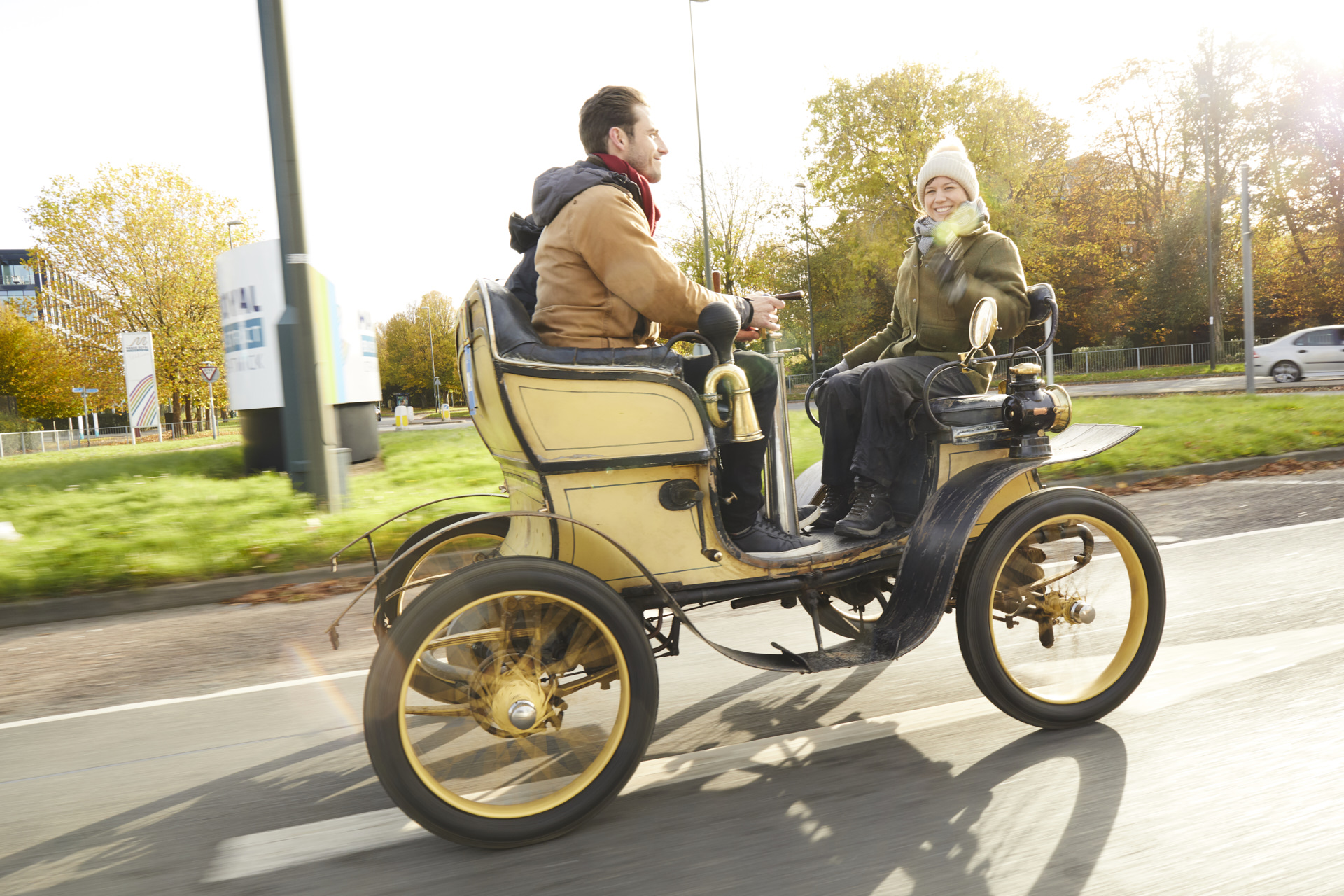