Head in the clouds at Goodwood Revival

The scale of the 2021 Goodwood Revival was more impressive than ever, and equally meant even more tired legs at the end of a great day out. Those that made it over to the grass airfield, which intersects the circuit diagonally between Madgwick and Lavant corners, would have found space to stretch out for a picnic and rest those weary feet, amongst the fabulous backdrop of the Freddie March Spirit of Aviation.

This concours d’elegance was for winged wonders built before 1966, and celebrates Freddie March, who went on to become the ninth Duke of Richmond and Gordon, and the role Goodwood played during World War II.

The origins of the Goodwood track lie in its role as a military airfield. RAF Westhampnett, named after the village bordering Goodwood, served as a Battle of Britain base during World War II and was the station from which RAF legend Sir Douglas Bader flew his last sortie. According to Goodwood, RAF Westhampnett was created on land that was donated by the 9th Duke in order to assist with the war effort.

After the war, the celebrated amateur racer Freddie March was approached by his friend, Squadron Leader Tony Gaze, who suggested using the perimeter road that bordered the Aerodrome as a motor racing circuit. The Duke and Duchess of Richmond and Gordon officially opened the track in 1948 by driving around the Circuit in a Bristol 400, then Britain’s state-of-the-art sporting saloon.

So the Freddie March Spirit of Aviation, presented by Bonhams, is a tribute to Goodwood’s place in history, when aero engines rather than motor car engines would be heard roaring around this part of West Sussex. Here are the highlights from 2021’s aircraft concours, complete with the aircraft descriptions provided for the concours.

By the end of the 1920s, De Havilland was working on creating a plane that could satisfy demand for a private aircraft that could provide a degree of comfort and utility. The DH 80 Puss Moth was the answer, emerging into the light in September, 1929. By fitting it with an inverted Gipsy 2 engine, pilots were afforded a better view over the nose. This example is one of fewer than 260 built, and competed in the 1930 King’s Cup Air Race, before being shipped to Sweden in ’36.

Beech aircraft was established by Walter Beech in 1932 and was based in Wichita, Kansas. The D17 Staggerwing was introduced in 1932 and a total of approximately 800 were built, with 20 built under licence in Japan. The backward stagger of the biplane wing layout, with the upper wing placed aft of the lower, is designed to give the aircraft a good combination of speed and stability. The Beech Staggerwing on display at the 2021 Goodwood Revival was built in 1939 for evaluation by the US Army Air Corps. Sent to the UK for the US Air Attache, it was transferred to the RAF as a Traveller Mk I. The aircraft was returned to the USA in 1947 and purchased in the UK in 1950, before being sent to Rhodesia. Subsequently it has had several owners in the US before being obtained and operated by Southern Cross Aviation.

Formed in 1930 as Phillips and Powis Aircraft Ltd, the company later changed its name to The Miles Aircraft Company. The M14 Magister – nicknamed ‘Maggie’, first flown in 1937 – is a two-seater trainer based on the Miles Hawk trainer. Around 1200 were made and mainly used by the RAF as a basic trainer for fighter pilots. The aircraft on display was built in 1940 and allocated RAF registration R1914.

The DH82 was an evolution of the De Havilland 60 and 60T Moth aircraft, and was first flown in 1931. The RAF took deliveries of the Tiger Moth from late 1931, and this example was built in 1941 and delivered to the Royal Air Force before reaching the civilian market in 1953. A restoration in 2008 saw it adopt RAF camouflage colours as well as its original registration.

In 1935, Westland Aviation was spun out of Westland Aircraft works. The Lysander was designed to meet Air Ministry Specification A29/34, and after being awarded a contract the first prototype flew in 1938. Lysander aircraft performed in many clandestine operations during WWII, flying agents in and out of occupied France. This Lysander was issued to 225 Army Co-operation Squadron in April, 1941, before being transferred to Canada in 1942 for use as a training craft until 1946, when it was sold to a local farmer in Saskatchewan.

Looking fabulous in its rich blue and contrasting mustard colours, with Lady Faye on the fuselage, this Boeing Stearman is representative of the standard biplane trainer that was used by the US Army and Navy in the 1930s and ’40s. Many were subsequently purchased for crop dusting or pleasure flying. This one now resides in the UK.

The D175 Staggerwing was introduced in 1932 with either a 225hp Jacobs L-4 or a 450hp Pratt & Whitney 985 Wasp Junior radial engine driving an 8ft 3in diameter Hamilton Standard controllable pitch propeller. The Staggerwing has five seats and a biplane wing layout that has a backward stagger where the upper wing is placed aft of the lower, this configuration offering a good combination of speed and stability. The Beech Staggerwing on display at the 2021 Goodwood Revival was built at the Wichita factory in 1944. Delivered to the US Navy, the aircraft was shipped to the UK under the Lease-Lend Scheme where it became a Royal Navy Traveller Mk1 FT466. Returned to the US in 1946, the Staggerwing has had many owners and been restored several times, most recently in New Zealand. It was provided by Bill Charney.

The Lockheed P38 Lightning was developed for USAAF specification X-608, issued in 1937. The Lockheed design team took bold steps, using two engines for speed, range and climb, and chose the centre pod twin boom design in order to house four .50 inch machine guns and a 20mm cannon in the nose. This particular Lightning has been flown in air races, by Marvin Gardner, before being acquired by Red Bull and undergoing restoration in Texas.

The prototype P51 first flew in October 1940, powered by an Allison engine that gave the aircraft limited high altitude performance. The Allison was replaced with a Merlin by Rolls-Royce that gave the aircraft far superior performance. The definitive version became the North American P51D. This example was built in May, 1945 and delivered to the USAF. After time with USAF and National Guard unit, it was sold to the Guatemalan Air Force in 1958, before finding its way onto the US civil market in 1972. It ended up in the UK from 2018, and has been painted to represent the Hun Hunter flown by Captain Brown of Dallas, Texas.

The B25 first flew in 1940 and was built in several configurations, with offensive and defensive armament. Intended for short range daylight bombing missions, its transparent nose was often replaced with heavy armament for ground strafing. The Mitchell could carry an internal bomb load of 3000Ib (1360kg) plus additional bombs on racks beneath the wings. Each of its Wright twin Cyclone engines mustered 170hp, giving the aircraft a maximum flying speed of 300mph.

Designed as a fighter aircraft, the prototype F4U Corsair first flew in August, 1940. It was the first aircraft with a hydraulically powered mechanism to fold the wings. After development, the Royal Navy perfected a technique that made it safe to land on a carrier, which led to the aircraft seeing extensive use in the Pacific during WWII. Although supplied new to the US Navy, this particular Corsair was too late for service in the war, and later landed in Honduras, before being purchased by Sigi Angerer. It now boasts modern touches such as navigation equipment and a second seat.

The Aeronca Aircraft Corporation was founded in Cincinnati, Ohio, America, in 1928, but later moved to Middleton, Ohio. The Aeronca Type II Chief entered production in early 1946, and production ended in 1950, a year before Aeronca ended production of light aircraft. The Chief is constructed with with a fabric-covered steel and wooden frame and features side-by-side seating. After being purchased by its current, UK-based owner, in 2017, it was restored to its original condition – no mean feat given the parts are difficult to source.

The Miles Messenger was designed to meet a British Army requirement for an Air Observation and Liaison aircraft. The prototype was converted from a Mile M28 Mercury and first flew at Woodley in September, 1942. Powered by a de Havilland Gipsy Major ID engine, the Messenger was typical of Miles construction having a wooden airframe with a mixture of plywood and fabric covering.

The Piper Aircraft Corporation’s Pacer was one of the last of the fabric covered, steel framed fuselage with an aluminium frame wing to be based on the Cub design. The aircraft displayed was built in 1956 as a PA22 Piper Caribbean with a tricycle undercarriage. It has since been retro-fitted with a tail-wheel undercarriage, resembling the pre-1954 PA20 Piper Pacer.

More from the 2021 Goodwood Revival 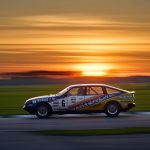 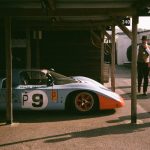