They came, they parked, and they admired. More than 3,000 fans of ordinary, everyday cars took to the manicured lawns of Grimsthorpe Castle, in Lincolnshire, to celebrate some of the rarest cars remaining on UK roads, at the world-famous 2021 Hagerty Festival of the Unexceptional.

The green lawns were awash with the distinctive hues of once common cars, with beige, mustard and brown dominating the lineup of cars which stretched as far as the eye could see.

The wheels were, more often than not, steel. The trim levels were basic, rather than plush. And optional extras were few and far between. These were, after all, cars of the people – once sold at prices people could afford before the advent of PCP-type finance products.

As ever, the celebration of everyday cars included a competitive element, with a 50-strong concours that saw owners and their prized vehicles put through a rigorous vetting process that could, ultimately, only result in one winner.

And that winner proved a popular one. Jon Coupland and his remarkable 1989 Proton 1.5 GL Black Knight Edition fended off a truly impressive field of exceptionally unexceptional cars to take the ultimate prize in concours competitions – a Hagerty trophy, shaped like a mug of tea.

“I have been a car enthusiast from a young age and only acquired the Proton in 2019, so I have never been to Hagerty’s Festival of the Unexceptional before,” said Coupland. “I was over the moon to be accepted for the concours, so to have impressed the judges enough to have won the overall prize is beyond my wildest dreams!”

The 30-year old Coupland, who is a police officer, didn’t have far to travel, coming from Boston in Lincolnshire. His 1989 Proton is, he tells Hagerty, literally the last remaining example of the Black Knight Edition, of which Proton sold 201 in the UK.

Coupland says the car’s original owner garaged the car due to ill-health, in 1993, having covered a mere 3600 miles. It remained in the garage until 2017, when it was sold to its second owner before being driven for nearly a further 10,000 miles. Now Coupland uses the car sparingly to show at events like the Hagerty Festival of the Unexceptional.

Paul Cowland, television presenter, Hagerty columnist and judge of the Concours de l’Ordinaire who is new to the event, said that it was great to see younger drivers embracing and saving old, everyday cars. “For me, it is the diversity of the scene and the affordability and accessibility that makes events like the Hagerty Festival of the Unexceptional so appealing. The fact that the second-placed car cost just £500 car shows how inclusive this scene is – everyone is welcome and there are no egos.”

Danny Hopkins, editor of Practical Classics and a judge at the Hagerty Festival of the Unexceptional since its inception, echoed those views when announcing the winners. “We think this Festival, more than any other, has really taken the demographic down. There are more young people here, with classic cars, than we have ever seen before, and we think it is absolutely fantastic.”

They were joined in the judging process by Tanya Field, Andrew Frankel, Gary Axon and Jon Bentley.

Hagerty created the Festival of the Unexceptional in 2014, as a celebration of long-forgotten everyday family cars from 1968-1989, which have played as significant a role in our culture as any Aston Martin, Ferrari or Mercedes. The 2021 selection, for cars between 1966 to 1996, offered one of the best concours lawns in seven years of the festival, with rare models arriving from across the nation to be judged as one of the best of the best.

The Proton of Coupland and Peugeot of Wilson weren’t the only cars to be awarded on the day. Honourable mentions were given to Mark Bursa and his 1990 Kia Pride, a car he bought new for his mother and which is still going strong to this day. Simon Hucknall’s 1977 Fiat 128, which has also been in his family from new, won plenty of admirers, as did Chris Howell’s restored 1971 Triumph Toledo, and the similarly restored 1986 Volkswagen Polo C Formel E of Charles Whilems. James Green, another young entrant and new devotee of the unexceptional car scene, was thrilled to learn his 1989 Nissan Bluebird had been singled out by the judges.

Although there couldn’t be awards for all those taking part, Matthew Long, attending with a 1986 Volvo 340 DL, won the Picnic Award, while the crowd and judges alike were unanimous in naming Mark Pallatt, who had entered a sub-10,000 mile 1978 Ford Escort, as the Best Dressed concours entrant.

As the day drew to a close, the crowds dispersed and engines started, there was a feeling that while the 2021 Hagerty Festival of the Unexceptional was all over, the following for the unexceptional car scene was healthier and more inclusive than ever before.

Long may it continue.

My unexceptional story
French of the Unexceptional: Gallic stars in the Concours de l’Ordinaire
Paul Cowland: Average is the new epic. Treat yourself to something utterly unexceptional 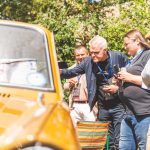 Everyday, unremarkable and unloved – no wonder I love the Festival of the Unexceptional 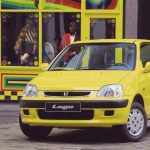