The Bulldog, Aston Martin’s flight of fancy, is back on the road to 200mph

Richard Gauntlett is standing on the blustery deck of a Royal Navy aircraft carrier, looking slightly misty-eyed at a childhood dream that has finally become reality.

What Gauntlett and an assembled crowd of media and Navy crew are staring at is the Aston Martin Bulldog, an incredible concept for a 200mph supercar that vanished under his father Victor’s chairmanship of the British sports car maker. It’s a car that Richard never actually saw in person when he was growing up, but that he would study every day.

“I never saw the car function as a kid as it had already disappeared to America by the time I was born, but I had the poster that was from my dad’s office at Aston Martin. I know every millimetre of that poster and seeing the car now is like going through the looking glass because I’ve stared at the poster for so long. It’s like going into the mirror, beyond the plane. It’s just so wonderful,” he says.

Gauntlett has been the driving force behind recovering and restoring the Bulldog with the ultimate goal of doing something that his father never achieved – getting the car to crack 200 mph. Getting to this point has taken a sobering 6000 labour-hours and 18 months of blood, sweat and – dare we say it – tears.

The Bulldog story actually began even before Gauntlett senior’s time at Aston Martin.

As far back as 1976, William Towns, chief designer for Aston Martin was tasked with designing a mid-engined supercar. As anyone familiar with his Lagonda will understand, Towns got his rulers out and came up with a stunning wedge design, while engineering director Mike Loasby devised the tubular steel chassis and suspension, and worked out the packaging for the 5.3-litre V8. After several months development the project was abandoned, however, and Loasby left to join DeLorean.

In 1979 the Bulldog was revived, handed over to project manager Keith Martin and it accelerated rapidly. Despite having little more than sketches, a clay model and an incomplete chassis to work with Martin and his team had the car ready for testing within a scant eight months. Adding a pair of Garrett AiResearch turbos and Bosch fuel injection to the V8 saw power exceed 700bhp, all with the goal of being the first road car in the world to top 200 mph.

Despite best efforts the fastest the Bulldog ever went was 192 mph, but that’s not what ultimately killed the project. It was cash. Or rather a lack of it. By the time Gauntlett was at the helm of Aston Martin he needed to be pragmatic. Further development of the car was stopped, the original plan to build a run of 25 was canned, and the only existing Bulldog was sold to a Saudi prince after the Sultan of Brunei changed his mind.

During the 40 years since then the car spent time in Arizona, then went back to the Middle East, changed colour at some point, before reappearing in Asia where it was tracked down by RM Sotheby’s. Now owned by Texas collector Philip Sarofim it has undergone a total restoration thanks to Classic Motor Cars (CMC) of Bridgnorth in Shropshire. Having had a variety of modifications over the years, including attempts to improve the cooling system, changing the paint and re-trimming the interior in a rather more gaudy style than Aston Martin intended, CMC has restored it to original specification – with a few subtle improvements to make it more useable.

“We have tried to be as faithful as possible to the original design and concept by not only returning the car to its paint and trim scheme, but also engineering the car in such a way that major mechanical components are now located as the designers originally intended,” explains CMC’s Nigel Woodward. “This, and future proofing the car so that it remains drivable now and for ever, has been achieved by incorporating state of the art engine management systems and modern components such as liquid-cooled turbochargers which will ensure that Bulldog is preserved for future generations.

“We were fortunate in having a great team and being able to work with two of the original engineers, Keith Martin and David Morgan, as well Lizzie Carris the wife of the designer of the car, William Towns. This gave us a huge head start on the project and there help was invaluable to the completion of the car.”

The restoration has been incredibly rapid, especially considering the complications of a global pandemic. “It rather echoes the fact that they built the bloody thing in pretty much 12 months originally,” adds Gauntlett. “But you know, restoring is often a lot more time consuming than building. I think it just fits with the story so beautifully.”

It took some 6000 man-hours and over 18 months to bring the Bulldog back and now it is sitting on the flight deck of HMS Prince of Wales where normally an F-35 or two would be ready to take off. A Navy airbase at Yeovilton will be next on the Bulldog tour where testing will take place on its runway, before ultimately handing the car over to Aston Martin racer Darren Turner to finally attempt achieve the car’s mythical maximum speed.

“We all like a complete story,” says Gauntlett. “I love the idea of this neatly and tidily closing the book and for the engineers and people who were involved in this car like Keith Martin, to be vindicated for what they knew to be true, when their opportunity to show it was cruelly taken away due to circumstances.

“But I also I think it’s rather nice if we can not close the book on it because I think it’s got a life beyond us – a life of inspiring people and making kids drop their ice creams.”

The story of Harold Radford, coachbuilder to the rich and famous
The likely lads in a lock-up who made it to the F1 grid
Wheeling and dealing in the fastlane: ‘You couldn’t sell a Ferrari 250 GTO because it was too slow to win races’ 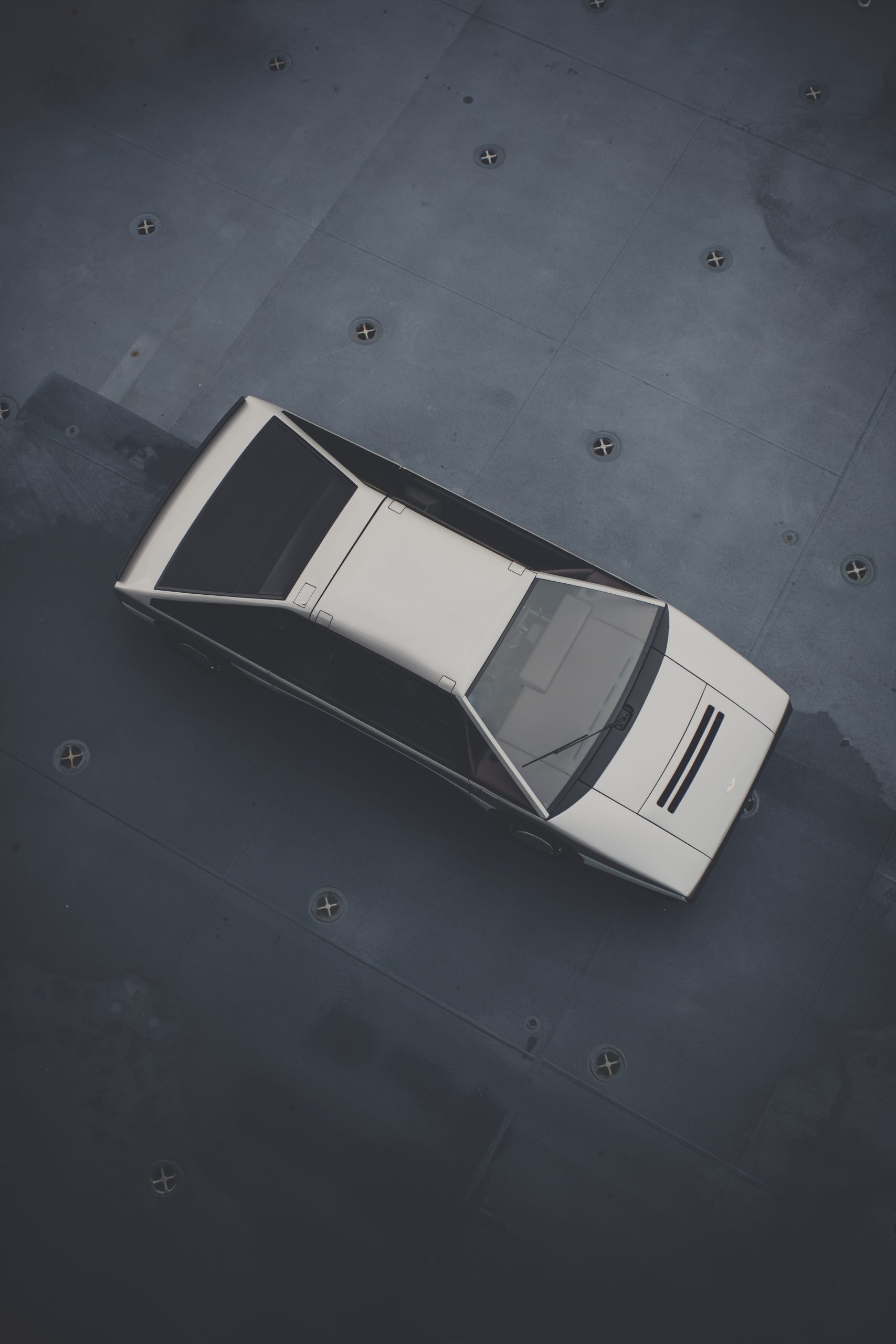 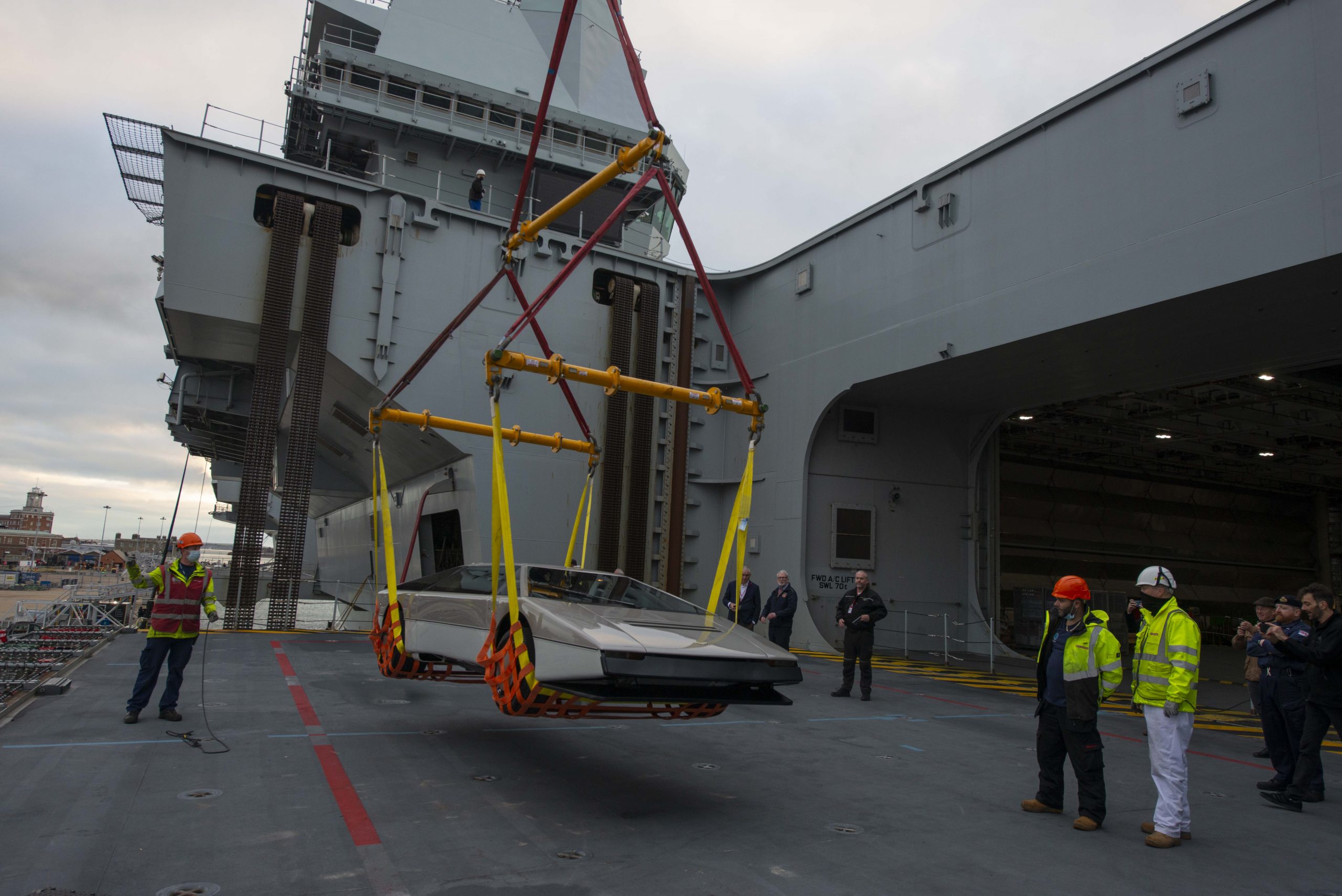 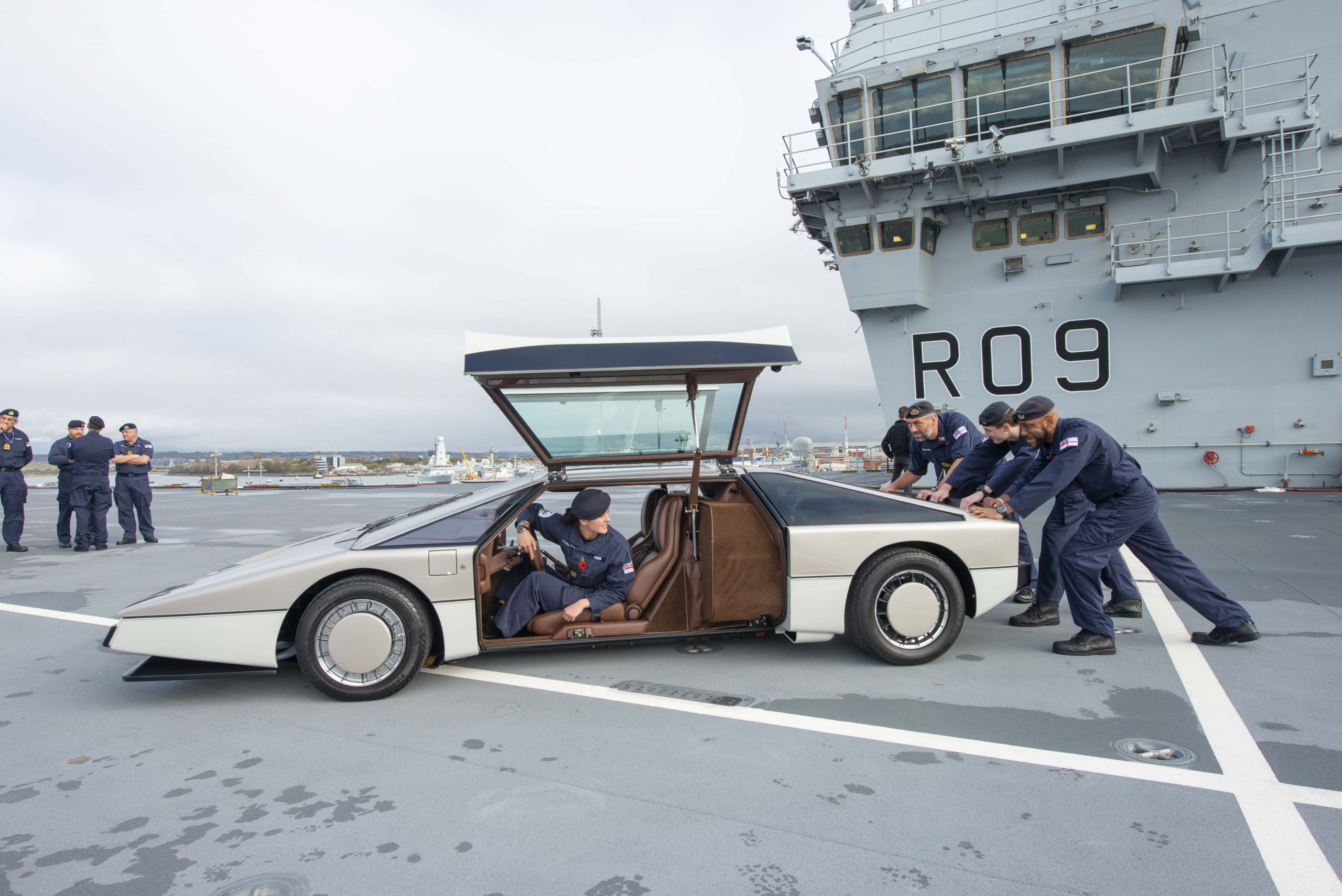 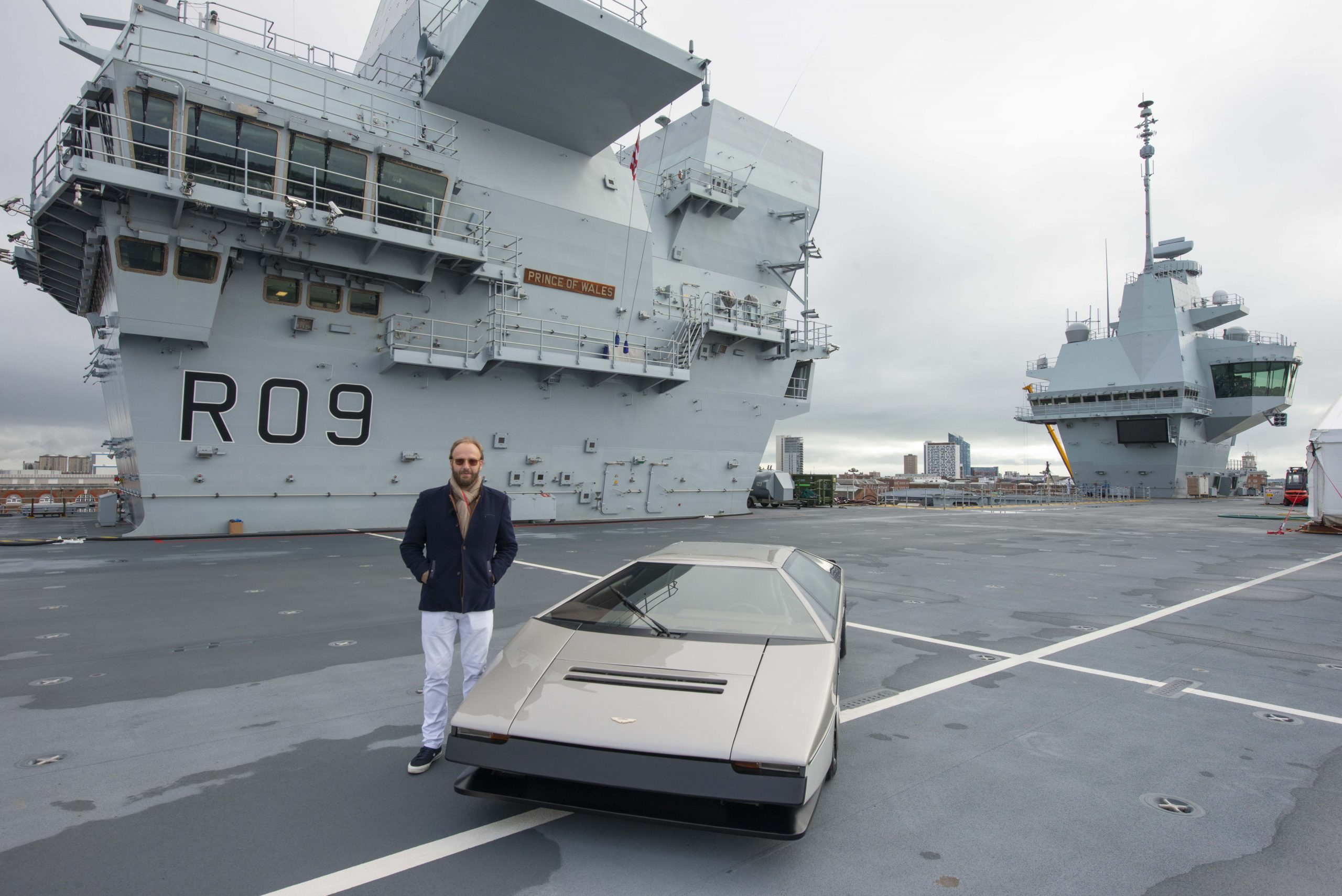 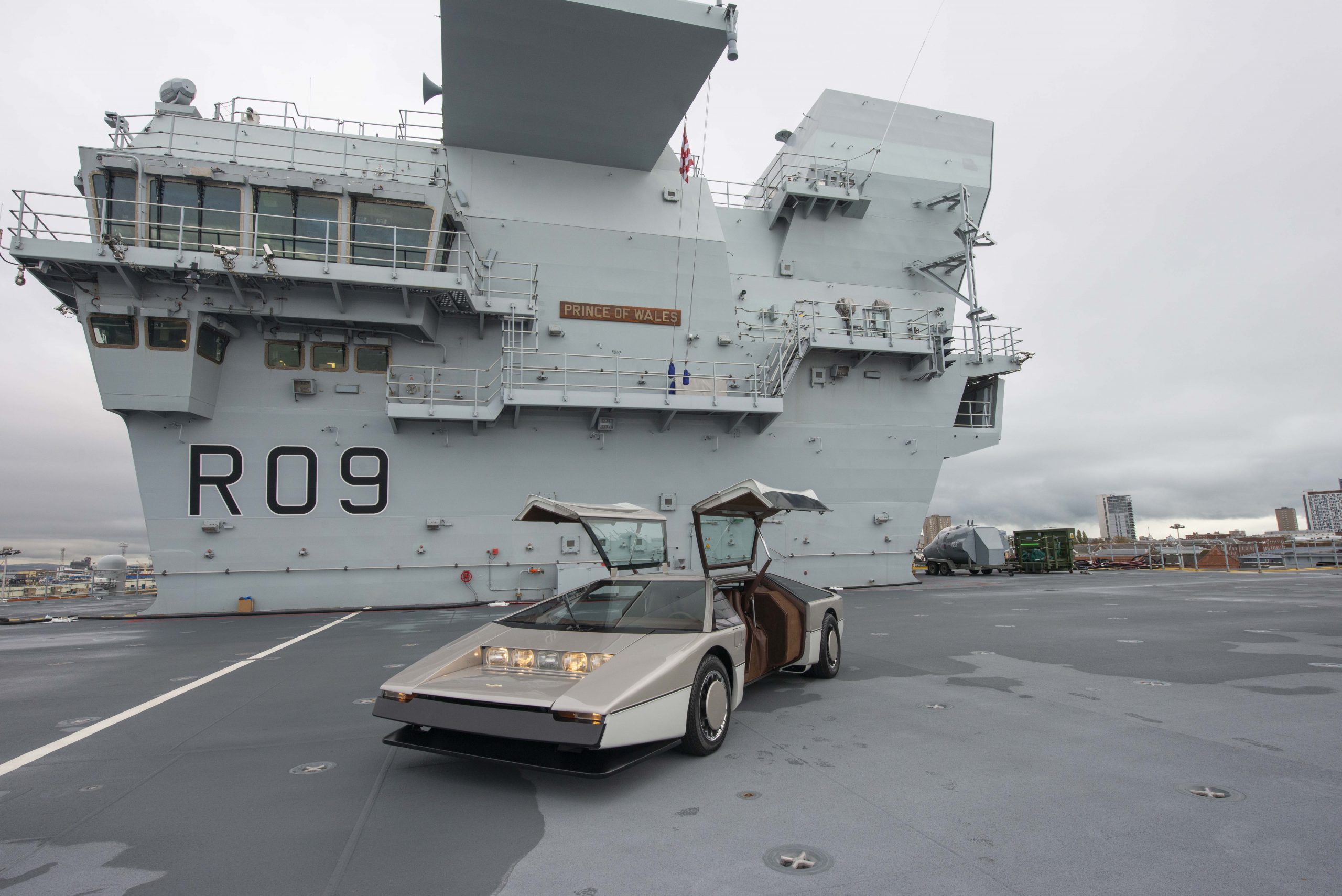