We can’t find the plipper. It’s not for an alarm or immobiliser fitted to the Ferrari, but for the extremely clever exhaust system that gives you the option of four different settings from quiet to raucous (with added pops and bangs). Without the plipper the car defaults to the quiet mode. This is fine by me because firstly I don’t particularly like overly loud exhausts and second, with anti-tampering legislation hovering over us, the last thing the classic car (and bike) movement needs to do is advertise itself with anti-socially loud exhaust systems.

Even in quiet mode the engine sounds fantastic and add the induction roar from the V8’s eight individual intake trumpets and you have more than enough aural stimulation. Calling the car a Ferrari 308 GTB is not quite accurate for the badge on the tail reads 388 GTBi. The car is a restomod built by the craftsmen at Moto Technique in Surrey.

We visited this company at the tail end of last year as part of our Hard Craft series. Just to recap, Moto Technique was founded forty years ago by Kevin O’Rourke. Since then the company has restored GTOs from the ground up, Daytonas, 250 GT SWBs and virtually every other type of exotic Ferrari as well as plenty of Lamborghini Miuras, Mercedes-Benz Gullwings and other high end classics. The company then went through a period of repairing accident-damaged cars: Ferrari F40s whose owners had made misjudgements. A 288 GTO was repaired twice after its owner crashed it immediately after it was repaired the first time.

Moto Technique has now moved into a new phase of its life. It started when O’Rourke put a V8 from a 308 GTB into his own 246 GTS Dino and uprated the brakes and running gear. Restorations and repairs are still a core part of the business but today O’Rourke and his team get their kicks from designing and developing restomodded Ferraris like this 308 GTB. Or as the script underneath the 388 GTBi badge says, ‘Energised by Moto Technique’. And energised this car certainly is.

This gorgeous metallic dark green car represents the state of the art in upgrading a 308 GTB. It’s the second 308 that Moto Technique has built and in it are lessons learned from the first car as well from O’Rourke’s own Dino. The specification is mouth watering, so before we drive the car let’s lift the custom-made carbon fibre engine cover and look at the heavily modified engine. Actually, you can see the motor without lifting the cover because there’s a Perspex panel through which you can ogle the V8 and its alloy intake trumpets.

The increase in displacement from 3.0 litres to 3.8 litres is achieved by boring the block and fitting oversize liners. The liners, as well as new pistons, are supplied by Capricorn Engineering. A ‘stroker’ crankshaft made by Arrow Precision, which also makes the engine’s titanium connecting rods, is then added to the mix. The cylinder heads are fitted with larger valves and ported to increase air flow. Finally, the engine is topped off by a fuel injection system made by Jenvey. Moto Technique has designed its own inlet manifolds. “We first had them 3D printed by nearby Brooklands College,” explains O’Rourke, “to make sure that fit and function were right before having them cast in aluminium.”

Gone is the original distributor and coil ignition, replaced by a full Motec management system. Individual coils sit above each spark plug. They’re held down by beautifully designed and CNC-produced brackets. “We had problems with the coils popping off because the holes in the valve covers were only designed for rubber bungs and weren’t that accurate,” says O’Rourke, “so we made the brackets. That solved the problem completely.”

Power? A more than adequate 400bhp. That’s around 150bhp more than the 3.0-litre V8 makes in stock condition, not to mention significantly more than other 308 conversions, such as the 300bhp Maggiore 308M. Moto Technique not only rebuilds the five-speed gearbox, but fits a bespoke pair of drop gears cut to raise the car’s overall gearing for higher speeds and a more linear power delivery.

Not surprisingly, a dramatic increase in power means that the car’s suspension system and, more importantly, its braking system needs to be uprated to match. Behind custom-made two-piece 18-inch wheels, designed to look similar to those fitted the F40, sit discs and calipers from a 360 Modena. The same car also donates its brake boost servo. All the car’s suspension wishbones are reinforced and multi-adjustable dampers from Wilbers fitted at each corner. Finally, Moto Technique fits electric power steering, something that makes the car easier to manage, especially at low speeds or when pushing on at a pace.

With the adoption of a sophisticated fuel injection and engine management system, gone is a classic Ferrari ritual: the several pumps on the throttle to squirt fuel into the combustion chambers. In the 388 GTBi you simply turn the key and the engine fires into life just like a modern engine. Some may miss the anticipation of the will it/won’t it start moment but as soon as you drive this Ferrari out onto the road you realise what a difference this highly accurate fuelling and ignition does for the pleasure of driving the car.

Whereas any Ferrari of this era will cough and hesitate when cold, the engine in this car pulls smoothly from ridiculously low revs. Even a fully warmed-up standard 308 GTB engine would never match this one for tractability: mini roundabouts can be taken in third and even fourth gear without a stutter. The Ferrari’s around-town manners are totally transformed and it makes the car so much easier to drive without losing any of its character.

But towns are not where this car belongs so we’re headed to some of Surrey’s quieter country roads. Modern Ferraris, and all other sports cars, have got too big and wide. You can’t enjoy them properly because you’re a nervous wreck at the thought of a tractor or truck coming around the corner. Not so in the GTB. The shape of the front wings make the car very easy to place on the road, helped also by narrow windscreen pillars.

Fitting power steering to a classic Ferrari might seem sacrilegious but it makes parking and manoeuvring so easy. Also, thanks to the skills of Moto Technique’s staff, the weight of the system is perfect at speed. Each car that comes out of the workshops is set up to its owner’s preference and this particular car is destined for a country (it’s a left-hand drive model as you can see) that has smoother roads than the UK’s. My preference would be to soften the damper settings. That’s the work of minutes so is very straightforward. There are many modern sports cars that have a far stiffer ride – a Porsche 911 GT3 in Sport Plus mode, for example.

Also very well set up are the brakes. There’s excellent feel at the pedal and they’re not over-servoed. There’s no ABS fitted and neither is there traction control. Neither are really necessary as there’s plenty of mechanical grip from the wide 315/45 section tyres at the back of the car. The wider tyres have meant that a lip has had to be added to the rear wheel arches. To my eyes they look a bit extreme but when you see the car on the road they blend in well and don’t look out of place. The front arches are unchanged as although the front tyres are wider than standard, they don’t protrude beyond the wings.

It’s a very long time since I’ve driven a Ferrari that has a manual gearbox. I’ve never been a fan of the famous chrome gate but as long as you don’t try and rush the lever through the changes are slick enough. The one control on this car that does feel as though it’s four decades old is the clutch pedal. It’s hard work on the left foot. “We did look at fitting a hydraulically actuated clutch to make the action lighter,” says O’Rourke, “but there simply isn’t room to fit a slave cylinder.” It doesn’t spoil the car and you’re either going to develop extra muscles or get used to it.

The cost of building the 388 GTBi isn’t discussed but the bill is substantial – many times the price of a standard Ferrari 308 GTB, that’s for sure. I love restomods. Yes they are usually unbelievably expensive, but then I don’t see the value in modern hypercars like the Aston Martin Valkyrie or McLaren Speedtail. Both have performance that’s impossible to exploit on the public road. And don’t get me started on Lotus’s Evija 2000bhp electric hypercar.

None of the above modern cars could give as much driving pleasure as the Moto Technique fettled Ferrari 388 GTBi. Certainly not on country roads in the south of England on a working day.

To my mind, this sort of approach fuses together the best of both worlds. You have the artistic masterpiece that is the work of Pininfarina and specifically Leonardo Fioravanti – a car with user-friendly dimensions on Britain’s roads – brought together with more modern engineering solutions to deliver added urgency and excitement to the old car’s driving experience, not to mention a small but significant nod to making it user-friendly.

Mix into that the knowledge that the car could be built bespoke to your specification, a process you’ll be able to follow its creation from start to finish, and it’s the sort of restomod that has you questioning the wisdom of buying a modern supercar. 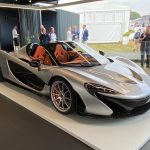 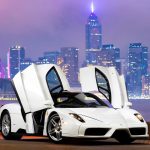 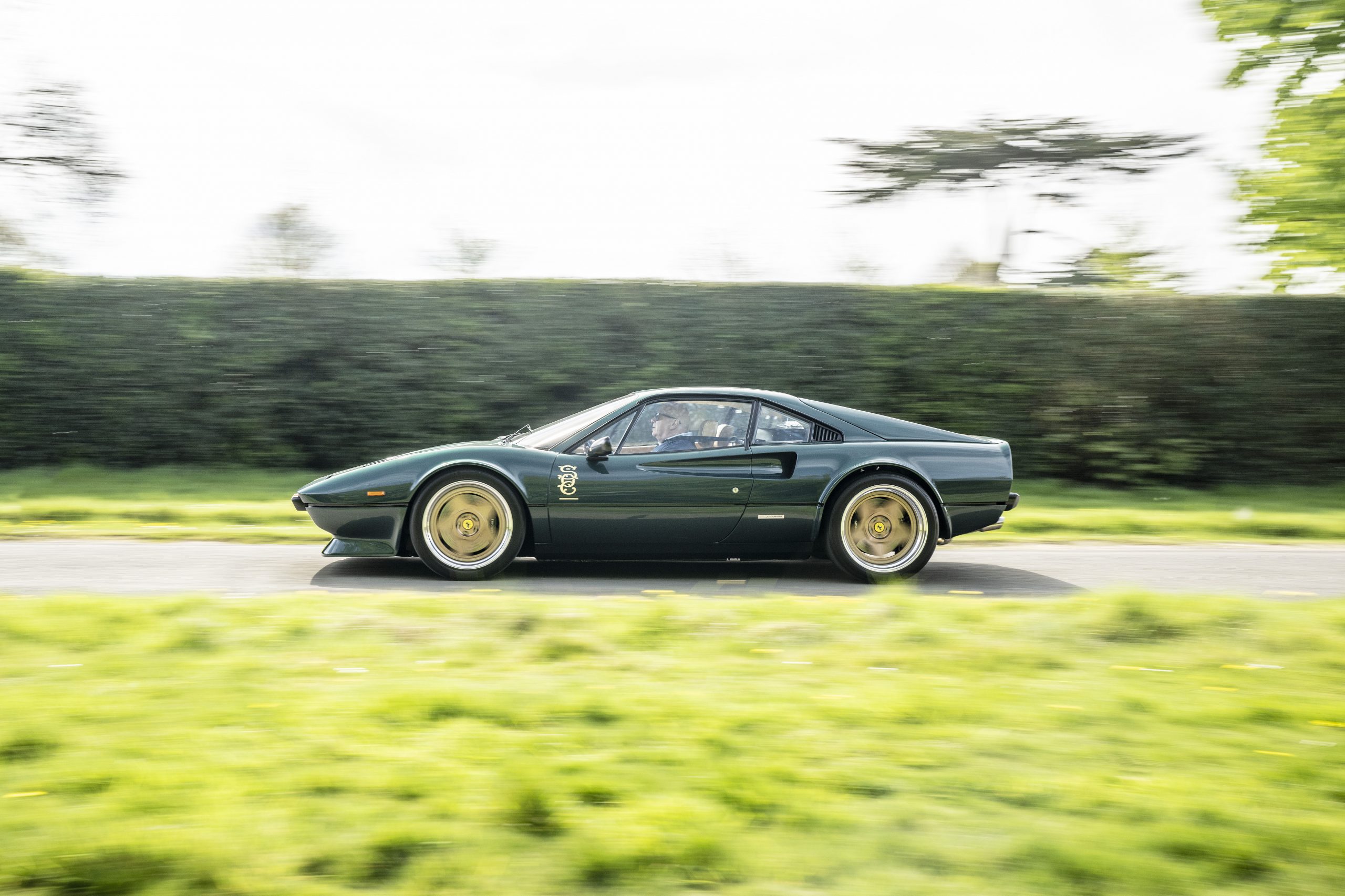 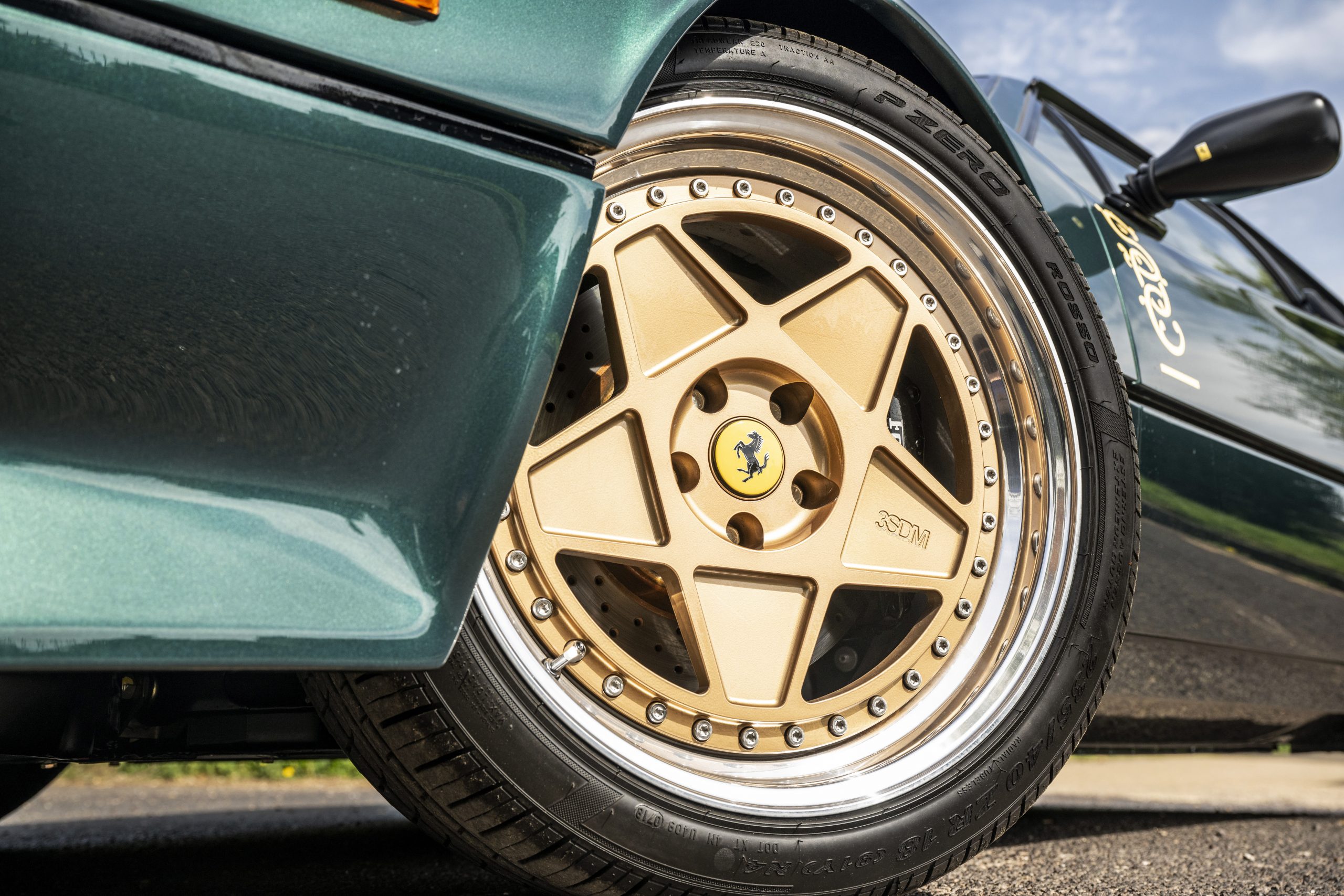 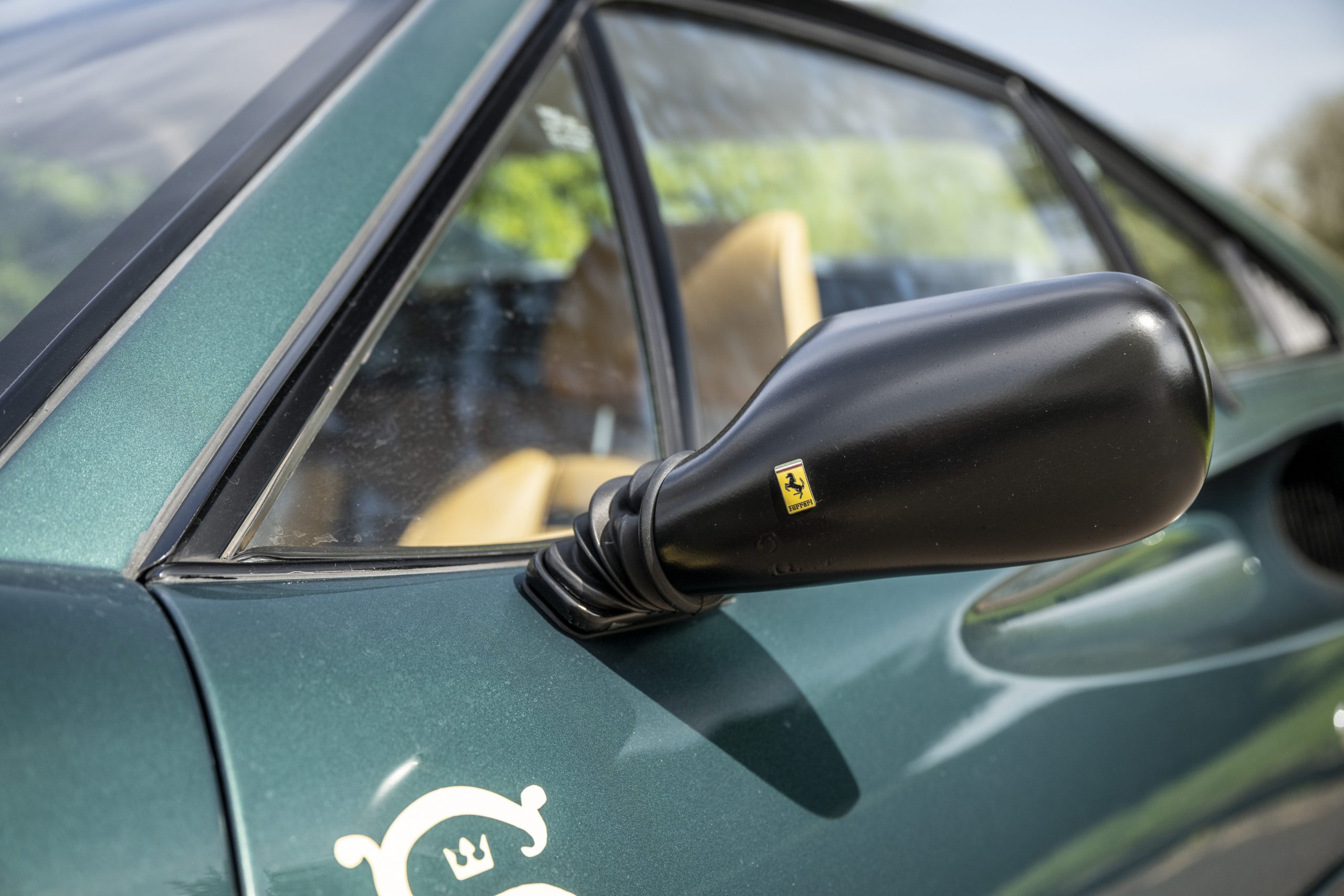 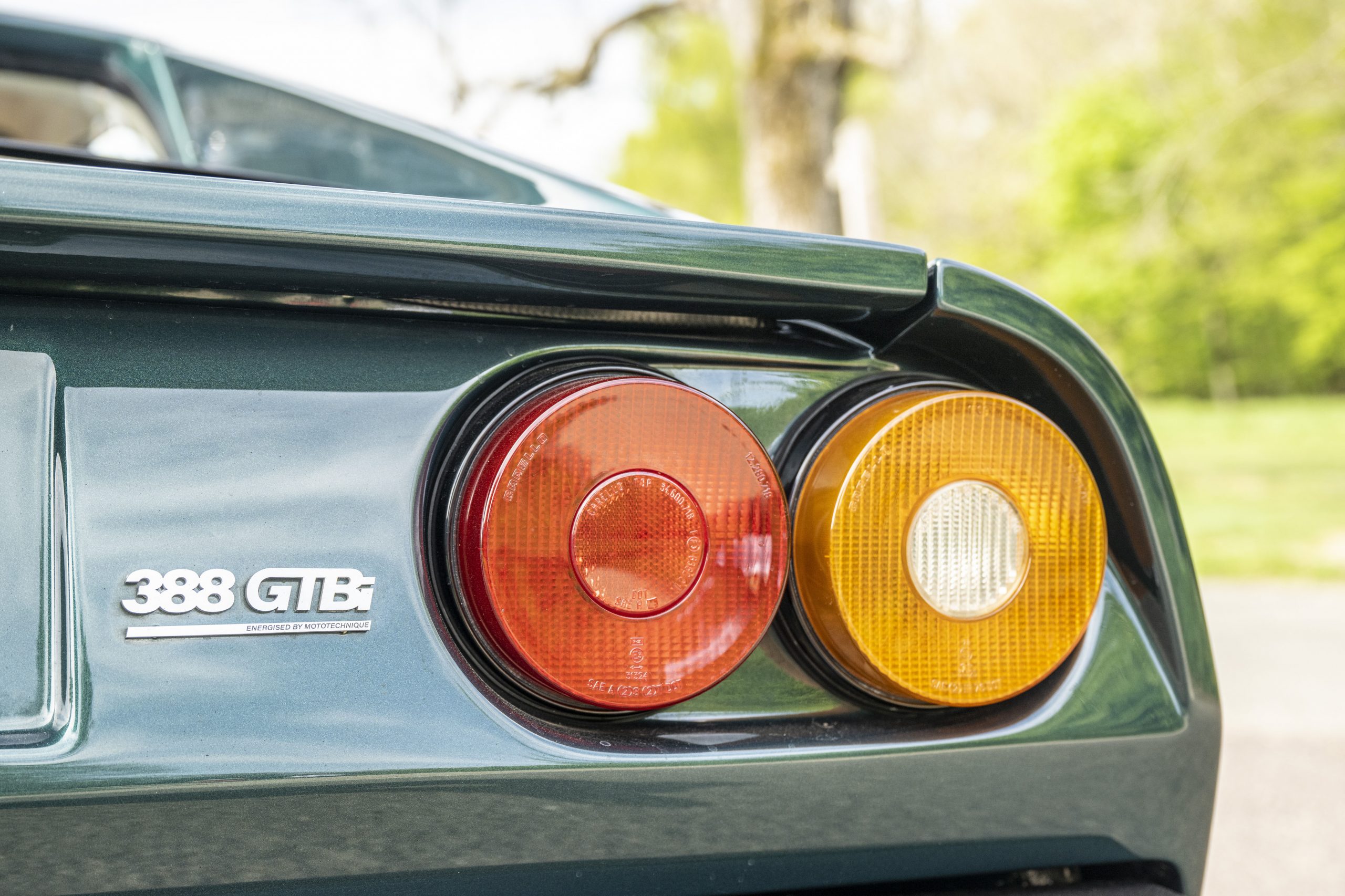 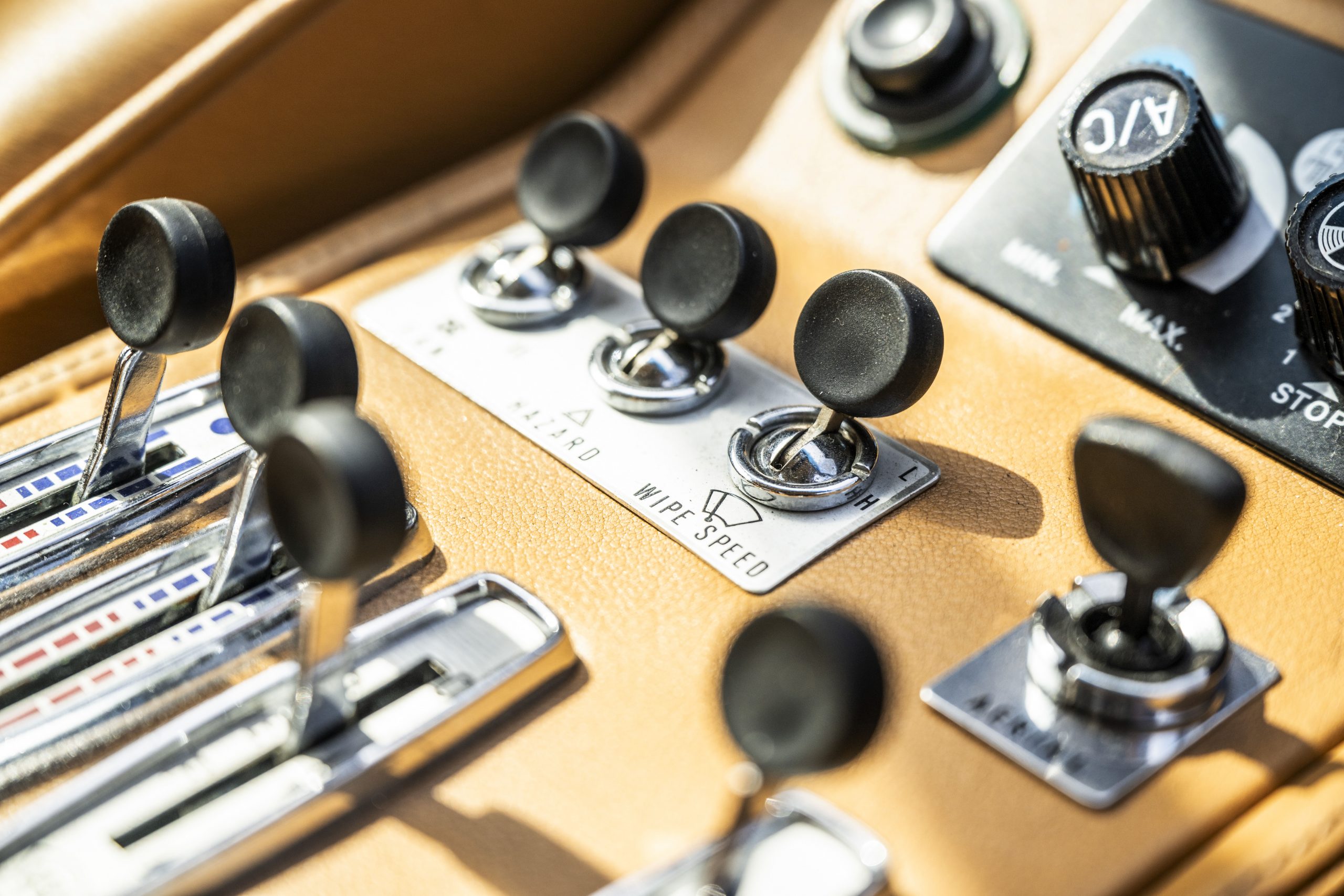 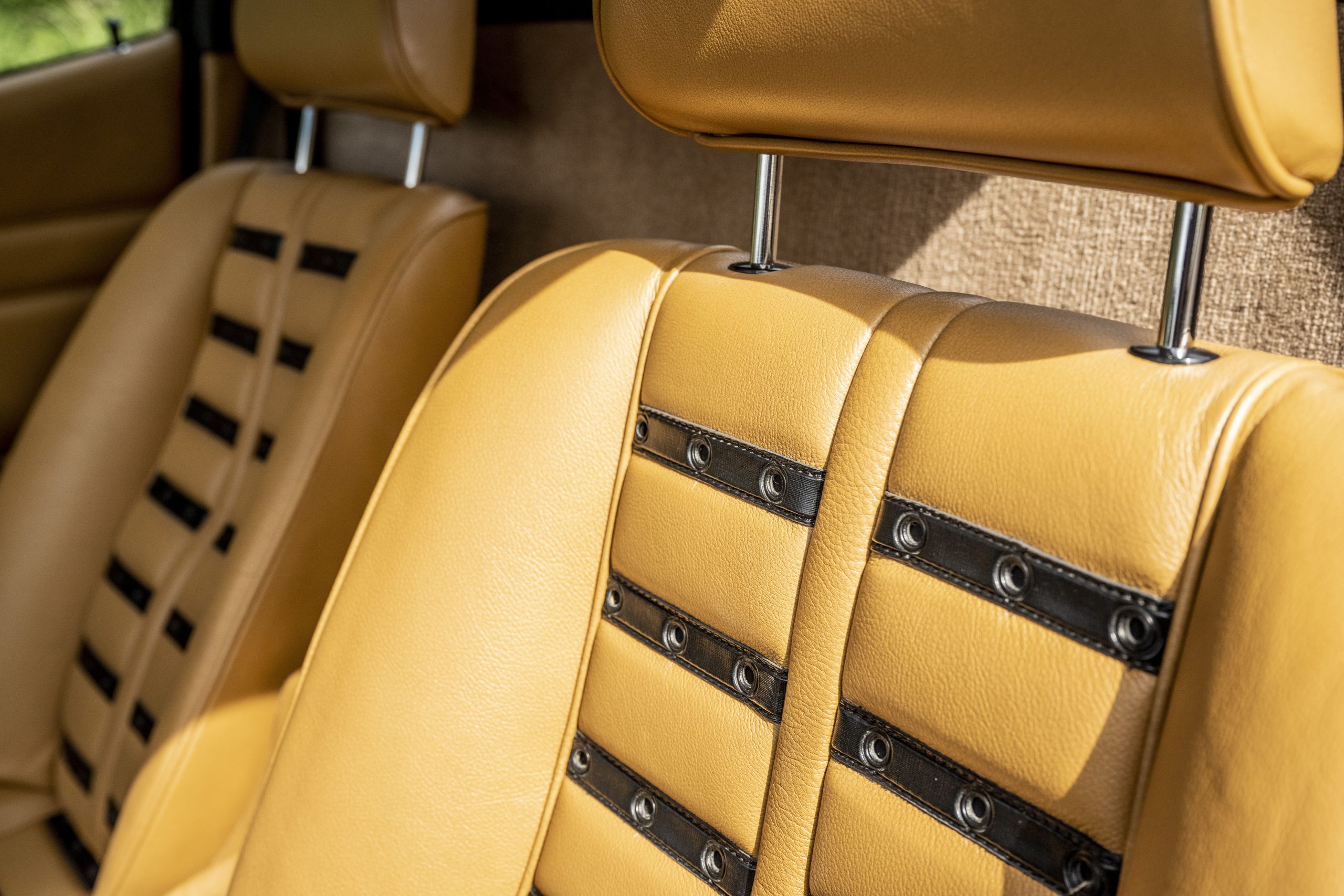 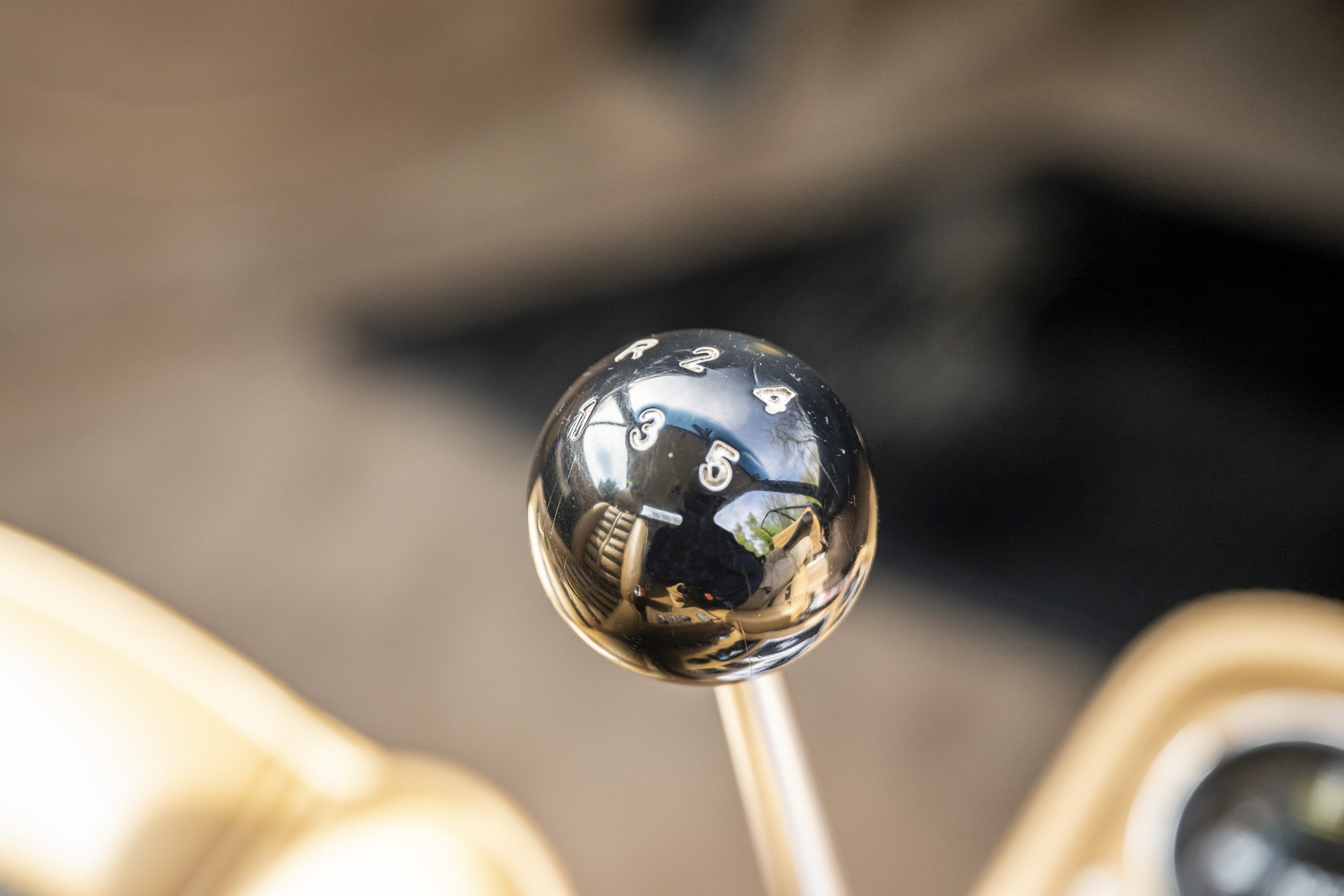 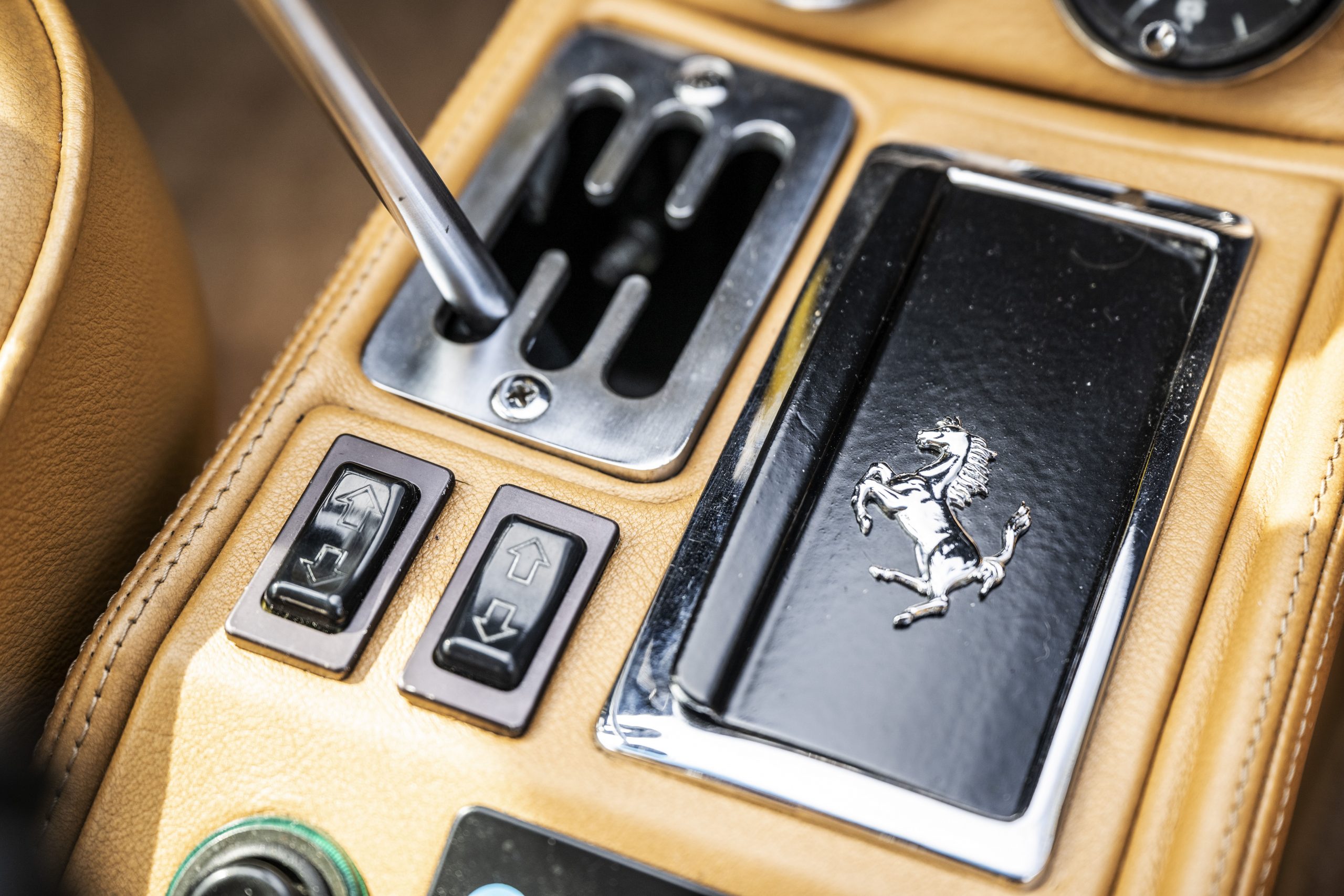 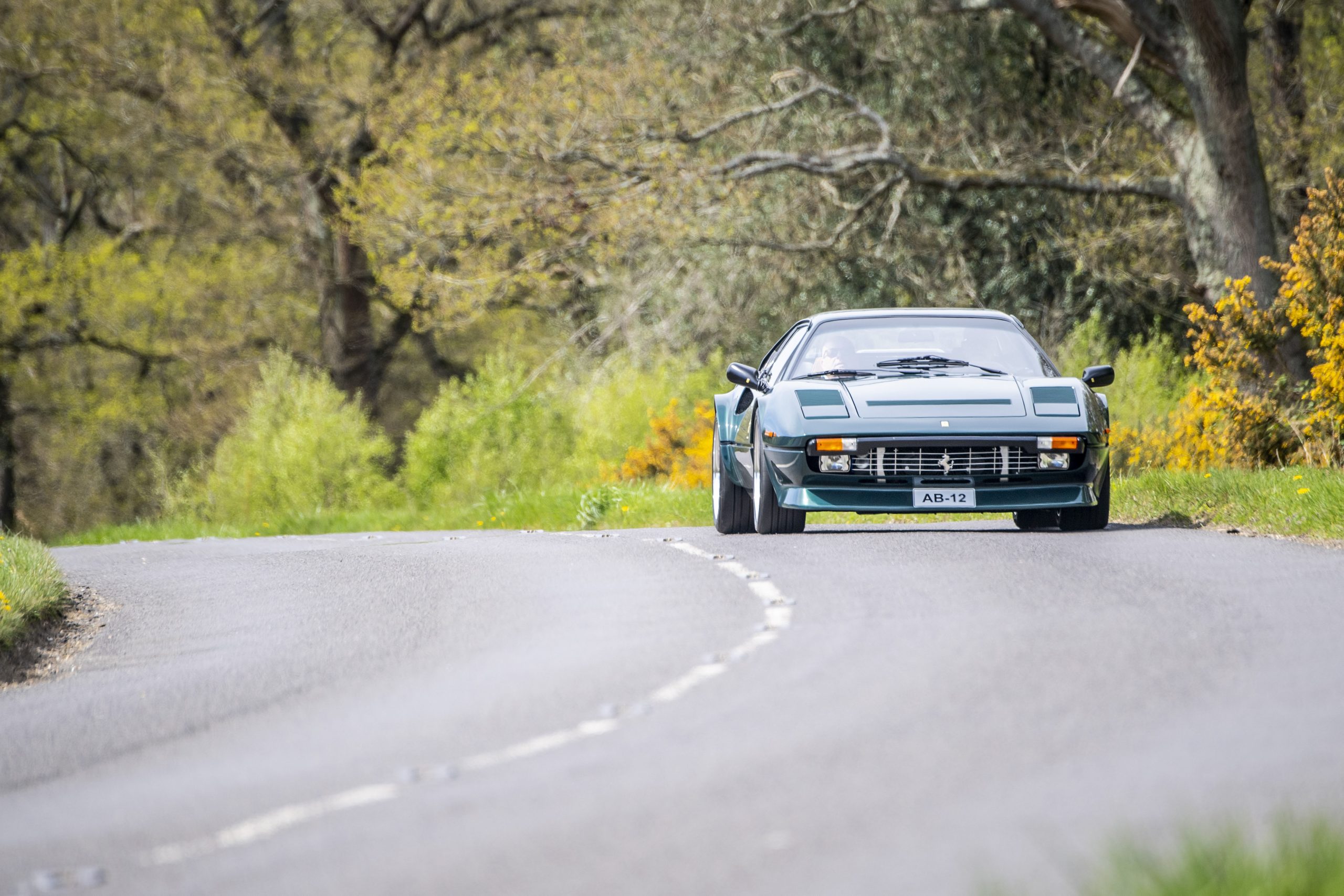 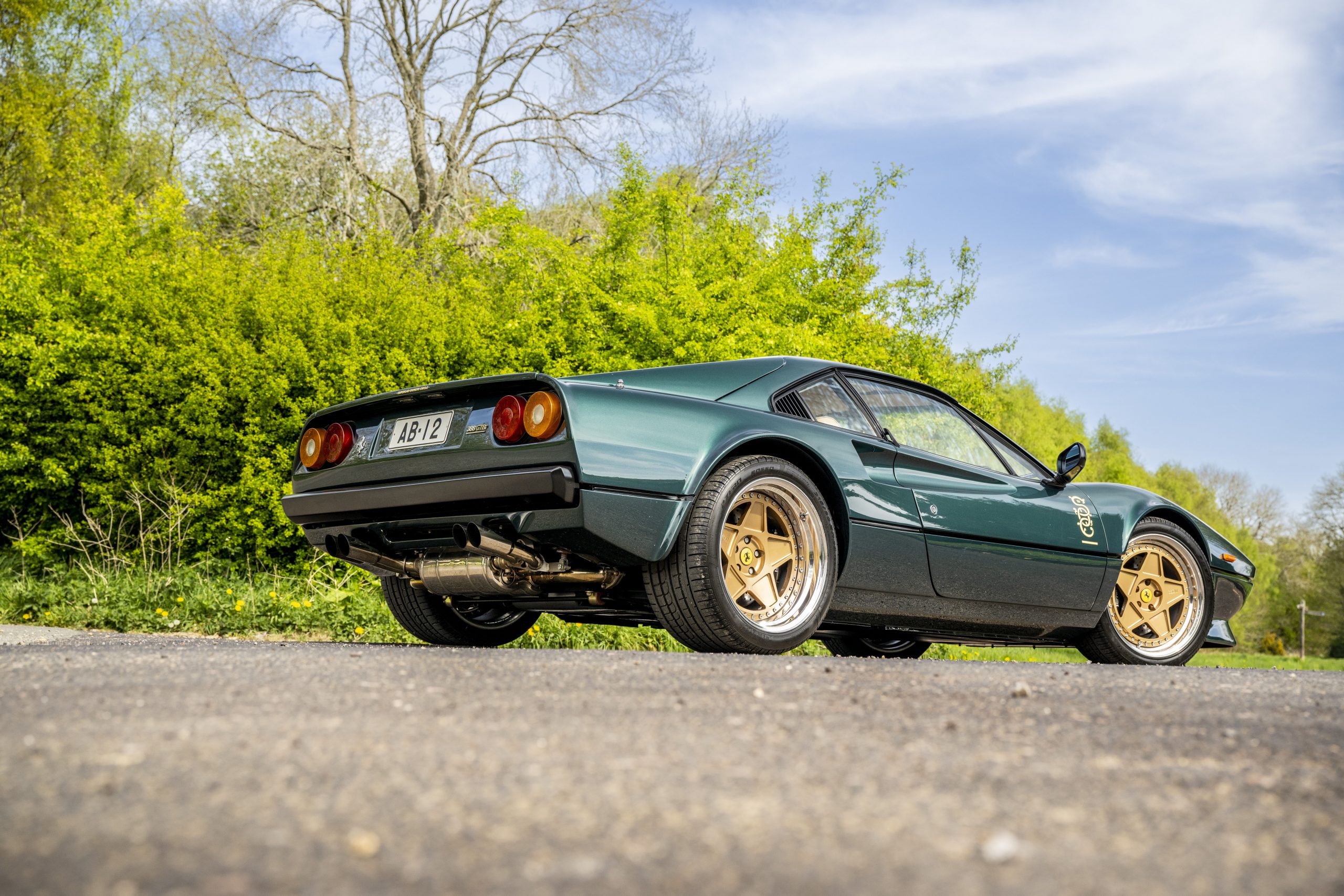