How not to build a car, Part 1: Bodywork

In the ’80s and ’90s, Rich Duisberg worked as a consultant in the research and development labs and quality control departments of various car manufacturers around the world. This gave him an interesting, and often amusing, perspective on how cars are made – sometimes badly. If you have every wondered why some cars rust more than others, Duisberg can let you in on a few trade secrets. This is How not to build a car, Part 1: Bodywork.

Rust is iron oxide, iron is combined with carbon to make steel, and most cars are made from steel. And so it’s almost inevitable that, sooner or later, a car will try to return to its elemental state – It is (sort of) made from rust in the first place. There are three fundamental things that should be considered to delay the inevitable onset of rust when building car bodywork: Design, painting, and assembly.

Having worked in research and development labs, not to mention the quality control ‘departments’ of various car makers around the world, I have witnessed first-hand how mistakes in the design, painting and assembly of a vehicle can hasten its return to that elemental state. Allow me to guide you through how not to build a car…

Older car designs are full of water traps. Rain follows gravity to the lowest point which, in a car, is often inside the bodywork. And as it evaporates it usually doesn’t have clear air above it to dissipate, creating an endless corrosive microclimate. Panels are made with folded steel, foam and rubber is used in a sandwich to insulate cars, and every design has folds and kinks to trap water.

Even plastic cars can suffer from trapped moisture – there’s little uglier than paint osmosis on a Lotus. But steel cars are the worst. Look at the A pillars of an Alfetta, for example. Their folded steel design traps water inside, and you’ll often see them with blisters at the base where the water inside is silently gnawing at metal. Some have pustules to rival a plague victim.

Modern cars tend not to have roof gutters for rainwater (the Suzuki Jimny being a rare exception) and roof drains designed properly will help protect against blockages within the bodywork where water will eventually do its worst. Is there an owner of a first or second-generation Mazda MX-5 out there that doesn’t know where to prod it with a coat hanger to solve that scary sloshing sound deep within?

Joining certain metals doesn’t help, either, as this can cause galvanic corrosion. Slam the boot shut of an old Range Rover and hear it clatter like metallic confetti. Different metal types touching in liquid is, sort of, the way a battery works. And yet it still happens in car design. Have you ever looked at the aluminium doors of a Jaguar XJ X350 – the third-generation of the saloon, built between 2003 and 2009? I have and I have seen surface rust, caused (I am told by engineers in the know) because the aluminium panels were produced in a metal press which sometimes embedded microscopic bits of steel into that slinky skin, which later reacts unpleasantly.

Alfettas had stainless steel clips holding wet window trim to steel. Choice of metal, the design of the metal work and even the quality control of the supplier (sadly there’s not enough space here to list all the cars allegedly affected by “Russian steel” in the ‘70s) all have a huge impact in how to build a car to withstand rust.

Let’s look at paintwork next. Usually, beneath the layers of paint applied on modern steel bodywork is a galvanic coating. Early attempts with this technology relied on cyanide and other industrial nasties to add a layer of Zinc plating to help prevent rust. Some cars, like early models of the Porsche 924, had just the bottom half of the car dipped.

It’s often claimed that galvanized bodies do not rust but you know what they say – don’t believe everything you read, or hear from a friend at the pub. The coating is typically just 0.01mm thick and where panels meet, and rub, the coating will wear away. Think about old cars with broad dimensional tolerances and panels assembled without robot-like-precision rubbing away where panels meet and moisture sits. Actually – don’t, you’ll never want to get your car wet again. My own ’72 Fiat has only been washed twice in my ownership, so paranoid am I about it.

Lead was gradually removed from paint and by the 1990s most car paints became water-based with much resultant bother. Many Mercedes E-Class cars of the W210 flavour are famous rotters. Some reports have attributed this to an unwanted build-up of bacteria in the factory’s containers storing the water-based paint (the nasties would not have survived the previous, environmentally unfriendly process).

Some cars were unaffected as the tanks got periodically cleaned. And by the time owners started making warranty claims for rust, tens, if not hundreds of thousands of cars were out there besmirching Merc’s previously pristine reputation. That’s how not to build a car. As a peculiar aside, fellow fans of toxic industrial processes might like to know that yellow road markings still use Lead Chromate, but will be phased out this year. I really ought to get out more…

Finally, in how not to build car bodywork, let’s look at the assembly. Assuming that the designer has kept his metal types apart and avoided water traps, and that the paint shop kept bacteria at bay, the way to build a good body is up to the assembly.

Nowadays, happily, assembly is a very tightly controlled process. But that doesn’t stop me reminiscing about the time I saw row upon row of Jaguar XJ-S bodies sat outside in the rain due to a planning cock-up, all with water in the footwells and boot. When I see a grotty XJ-S today with blistering C pillars I imagine it’s old Browns Lane rainwater still trying to escape.

I recall the Rover 800 production line with work-in-progress cars brushing aside Buddleia plants, all reflected in a cold grey puddle, inside the main production hall. That’s how not to assemble a car body.

Quality control was, back then, firmly in the hands of the workers and feisty Unions would (and did) cause many car bodies to leave the factory in a state that only hastened the demise of the vehicle and, eventually, the factory. The Pressed Steel company churned out many bodies for British Leyland (and others, such as Rolls-Royce) yet once had a ten day strike over who should empty the bins.

At this point you may have gathered I have a weird admiration for such erratic behaviour. Modern factories are seldom as interesting. I yearn for an old Shadow in some spewy shade of ochre – something to help to cover the inevitable rust.

None of the cars mentioned here are really that bad. They are working machines made to be used, after all. It’s worth pointing out to any litigation-happy manufacturer reading this, or feisty fan club member, that I would happily own any of the models mentioned here. Even (especially!) a 1970s Alfa Romeo, where workers at Arese once threw cobblestones at finished cars, and stopped production to listen to an activist recite anti-bourgeoise poetry while those gorgeous bodies sat unfinished. That’s how not to build a car.

Ed: Got horror stories of your own to share? Let’s hear them, in the comments below!

In the next instalment, Rich Duisberg will look at how not to build car interiors. 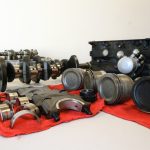 How Not To Build A Car, Part 3: Powertrains 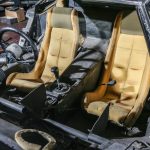 How not to build a car, Part 2: Interiors

Concept Cars That Never Made The Cut: Fiat 850 City Taxi
A story about
Car design Engineering