10 Bond cars not made by Aston Martin

We’ve been expecting you, Mr Bond… for quite some time. Now that the upcoming James Bond film, No Time to Die, is once again delayed, we’ve had a moment to ponder the breadth of the spy’s taste in cars. We all know that 007 has a licence to kill, but given the number of tie-ups between Bond and Aston Martin, it’s easy to forget that he has a licence to drive other cars. Leaving out a two-movie dabble with the Lotus Esprit and the unsatisfying BMW years, here are ten Bond-mobiles that featured in the four-wheeled supporting cast.

It’s behind the wheel of a Sunbeam Alpine that we first get to witness Bond’s driving skills in Dr. No. Pursued down a dirt road by Three Blind Mice in their La Salle Hearse, his Sunbeam produces a comedic amount of tire squeal as Bond wrestles with the steering and 1960s back projection. He whips the Alpine under the boom of a construction vehicle and the La Salle hurtles off the road, amazingly transforming itself into a Humber Super Snipe as it explodes.

Diamonds Are Forever will, er, forever be remembered for its Ford Mustang Mach 1 stunt which sees Bond enter a Las Vegas alley on the two passenger-side wheels and exit on the driver-side wheels. It rather overshadows the bright yellow Triumph Stag that 007 pinches off Peter Franks at Dover when he assumes the dodgy diamond merchant’s identity and drives onto the hovercraft to Amsterdam. Knowing the state of British Leyland electrics at the time, we’re amazed he made it that far.

Live and Let Die is littered with Chevrolets. There’s the classic Checker Cab Bond hires to tail Mr. Big Cheesy and the cab that kidnaps Bond and takes him to Mr. Big, plus a whole host of background vehicles. But it’s the Bel Air that 007 has to wrangle from the back seat, after his driver is killed, that has the biggest role, swerving and smashing into cars on a bridge before meeting its end after launching over the steps of a public building.

Thanks to For Your Eyes Only, I can actually say I have owned a James Bond car. No doubt it’s the least powerful, but the Citroën 2CV did make for one of the more entertaining chase sequences in a 007 movie. After the anti-theft system on his Lotus blows the car up, Bond and Melina Havelock have to evade two Peugeot 504s in Melina’s Deux Chevaux. The car takes an incredible (hysterical) beating, rolling over repeatedly, but never gives up. Unlike my own 2CV which set itself on fire.

Bond snags an Alfa Romeo GTV6 and tears off, tyres smoking, toward the nearby US airbase where Octopussy’s circus is up to no good with a nuke. The cops quickly give chase in two E12 5 Series BMW police cars and a bike. In a splendidly sideways pursuit there are spins and J-turns from the Polizei and 007 crashes through the barrier at the base before finally being brought to a halt by the military police.

Later in Octopussy the nuke is on a train and 007 has to get on board to avoid World War III. So he commandeers a handy Mercedes 250 SE. Oh no, he hits a stinger and punctures all four tyres on the big Benz. Yet all is not lost as the Merc’s axles just happen to be the same width as the train tracks. In a shower of steel-on-steel sparks he goes after the train, but amazingly misses the chance to describe the Mercedes as “handling like it’s on rails” before the Benz gets bashed by an oncoming locomotive.

Sean Connery’s one-off return to “double-o” status in the 1983 Thunderball remake Never Say Never Again was one of only two Bond movies made outside of the Broccoli family’s EON Productions – the other being David Niven’s Casino Royale. The two films also share the honour of putting Bond behind the wheel of a Bentley – just as Ian Fleming did in his books. In Never Say Never Again it’s a 1937 Bentley 4 ½ Litre Gurney Nutting 3-Position-Drophead Coupé that Bond takes on a romantic riverside picnic with his physical therapist while he’s supposed to be at a health club getting fit for duty. You can guess how that works out.

In A View To A Kill evil assassin May Day has just BASE jumped from the Eiffel Tower in Paris and Bond needs to give chase. After a taxi driver shuns him, 007 hauls him out and takes to the wheel of the Renault 11. He launches the little car down steps, over a bus and proceeds to progressively dismantle it. First the roof goes as Bond drives under a barrier, then he loses the rear end in a collision. In a splendid advertisement for front-wheel drive, the Renault just keeps going.

When Daniel Craig took over the Bond franchise in Casino Royale, Ford’s Premium Auto Group took over sponsorship duties, bringing Aston Martin back and introducing Volvo, Jaguar, and Land Rover into the 007 universe. Bond’s first driving scene in the Bahamas was in a humble Ford Mondeo hire car, albeit in ST trim. Bond was the first person outside of Ford to get behind the wheel, as it hadn’t even been launched when filming took place.

The most understated of all Bond cars has to be the Volvo S40 that he drives very briefly through Feldkirch in Austria in Quantum of Solace. He tails bad guy Dominic Green (in a Jaguar XJ) from the airport to the opera and sadly doesn’t get to deploy the full 227 hp of the T5 engine. Of all the cars Bond has driven in his six decades on screen, this is probably the least notable. Exactly why we had to mention it.

We know there are many more non-Aston Bond cars we did not mention, so feel free to chime in with what we missed in the Comments below. 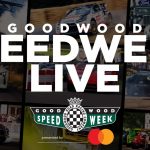