Tom Cotter is a serendipitous kind of guy. That doesn’t mean he isn’t a planner, it’s just that some of his chance meetings result in so much more than he anticipated. So, he isn’t afraid of taking the road less travelled.

Years after meeting a classic car enthusiast named Howard at the annual Hershey Swap Meet in Pennsylvania, Tom and the Barn Find Hunter crew finally accept Howard’s invitation to visit him in rural Virginia, where Tom discovers a great story, an amazing accumulation of automobiles, and a few surprises along the way.

“It looks like you’re a GM guy,” Tom says as he surveys the cars he sees in the immediate area of Howard’s property in the Appalachian Mountains. Yes, Howard says, but there’s so much more here than that.

“My granddaddy was a car dealer … He owned a Ford dealership,” Howard says. “When I was a kid, I stayed with my grandparents while my mom and dad worked,” so he was around cars all the time.

Howard explains that his grandfather had a building that housed his personal collection, which included a 1937 Packard and fire engine – every kid’s dream. It’s no wonder, Howard says, “I always just loved cars.” And when his grandparents passed away, he received some of their treasures.

Tom immediately admits that he misjudged the situation. “I look at those Buicks up there, and (I think) there’s no way this guy owns a Rolls-Royce, but you do!” Five of them, in fact.

And that’s just for starters. As the two walk through the cars and buildings, there is much here to admire. There’s a mostly original 1952 Buick Roadmaster with only 16,000 miles on the clock, a ’55 Buick Super two-door hardtop that Howard found in a field and bought for $200, and a 1950 Buick Special (his favourite marque and year) that was his mother’s daily driver. Tom checks out a couple of Ford Model Ts, a ’69 Buick Le Sabre, and a ’55 Desoto before stumbling upon – you guessed it – another Rolls-Royce, this one a 1974 Silver Shadow. (Howard’s fifth Rolls is a 1928 model, by the way.)

Tom immediately repeats a question that he has asked Howard many during this visit – “Does it run?” Howard answers exactly as he has multiple times before: “Yes.”

“That’s a requirement of yours, I guess,” Tom says.

Howard agrees. Although not every car that he owns runs, he says it’s important that most of them do because it’s the only way he can truly enjoy them. “I like to get ’em out once in a while. Even if I don’t run ’em on the road, I’ll run ’em in the field.”

After checking out a few more cars, including a 1977 Mercury Monarch that also belonged to Howard’s mother, a former senator’s limousine, another ’55 Buick, and a ’63 Lincoln Continental convertible that a friend of Howard’s bought new, Tom stops in front of a 1964 Buick Riveria and discusses the car’s breakthrough styling, particularly up front. “It was like a piece of sculpture on the road,” he says.

At one point, Tom makes a bold statement, considering that this is the 113th episode of the Barn Find Hunter. He tells Howard, “You have the most eclectic taste in cars that I’ve ever seen.” And he never would have seen them if he hadn’t said yes to Howard’s invitation.

“Listen,” Tom says, wrapping up the show while Howard hilariously focuses all of his attention on his mobile phone, “if somebody calls you and says, ‘I’ve got some neat cars,’ maybe it’s worth spending time going over there and checking them out.” 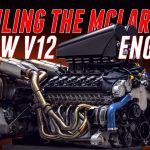