It’s been a while since I’ve sat in a car at the end of a drive for quite so long. We’d only been on the road for 30 or 40 miles, but what a road it had been. And because the Eagle E-Type Lightweight GT is hewn from so many different metals—steel, aluminium, magnesium and titanium—all contracting at different rates as the car cooled down, the accompanying symphony of tinks, plinks, fizzes, and whizzes was fascinating.

As is the car itself. An evocation of the original lightweight E-Type (of which 12 were made in 1963, raced most notably by Briggs Cunningham but never able to keep up with a well-driven Ferrari 250 GTO), it is the latest in a line of recreated E-Types by Eagle, following its Low Drag Coupe, Spyder GT, and Speedster. If you don’t know these guys, they are to the E-type what Singer is to the Porsche 911. In other words, the best at what they do.

In any given year Eagle will complete no more than four vehicles – not of each model, but in total. The Lightweight GT requires over 8000 hours to create, approximately 400 times as long as it takes to construct a new family hatchback, despite starting with an entire E-Type. The hand-beaten body alone demands 2500 hours. The cost? Around £800,000 (including the donor car which Eagle sources for you), but that’s before you give into temptation and start speccing parts built out of unobtainium.

This car started life as a stock standard 1963 Series I Roadster of which perhaps 30 to 40 percent survives, primarily its monocoque chassis, and even that’s modified to provide torsional rigidity unknown to any E-Type in period. The entire steel body is replaced with aluminium panels that may look like those of a true Lightweight, but are unique in shape and composition, the original alloy being too fragile and vulnerable to survive daily use.

Power comes from an Eagle-modified Jaguar twin-cam straight-six, and within reason you can choose what characteristics you’d like it to have. Like the first Lightweights, the block is aluminium rather than the iron of standard E-Types, and this one displaces 4.7-litres. You can choose between fuel injection or triple Weber carburettors. This car’s owner wanted a strong mid-range but with a notable sense of the motor “coming onto the cam” as the revs rise. Its valves are big and its cam lobes sharp if not spiky, but still enough to produce 380bhp at something north of 5500 rpm.

That may not sound like much until you consider just how little work the engine has to do. When Eagle says “Lightweight,” the name means just that. The sump, hubs, wheels, bell housing, gearbox, and diff casings are all cast in magnesium. Air finds its way into the engine via a carbon-fibre intake and plenum chamber, while combusted gases are dispatched by way of an Inconel manifold and spat of out titanium exhausts. All in, this car weighs about 1020kg, despite its owner opting for big comfortable chairs and air conditioning. I’d wager a 900 kilo version is there for the creating, if appropriately optioned.

When you climb aboard the Eagle E-Type Lightweight GT the ambience is nevertheless all E-Type, albeit more spacious (because Eagle has lowered the floorpan, revised the rear bulkhead and fiddled with the pedal positions to make more room). Of course, it is also incomparably better built. The car works in exactly the same way, except that the Eagle-designed gearbox has five speeds rather than four, and the steering rack is both gently power-assisted and considerably quicker than stock.

It is a supremely easy car to drive. The motor fires instantly and settles into an even, deep, and mellow idle. The clutch is progressive, the shift quality oily and mechanical. The car is so slender that the fact it has left-hand drive in a right-hand-drive country is inconsequential. There’s nothing else to learn here: we’re on the right road, and there’ll never be a better time.

Strangely, although its power-to-weight ratio dwarfs that of a Porsche 911 GT3 RS, it’s not the raw speed you notice first. It’s the chassis. Unlike the Aston Martins and Ferraris of the era, E-Types always had proper independent rear suspension and that, combined with Eagle’s structural modifications, bespoke springs, sway bar rates, revised geometry, super light wishbones, and fully adjustable Öhlins dampers get this car down a difficult road like nothing else I’ve driven. It’s not charmingly useless like an old car, nor is it welded to the road like a modern one. Because it is so light, it can afford gentle spring rates, but those Öhlins eliminate all sense of wallow and heave. The Lightweight GT breathes over the road, always maintaining its ride height, without feeling harsh.

The car’s balance and poise are magical, but its greatest gift is the confidence it inspires, enough for you to constantly want a reminder of what that inline lump of aluminum up front is supposed to do. Which is to rip the air apart in a howling blast of sound. You can feel it coming. The revs build strongly to 3000 rpm, then the exhaust note sharpens and suddenly the horizon is being pulled towards you. Happily, Eagle also fit the largest AP Racing rotors it can squeeze behind those rims. With so little car to slow, the sensation is that it loses speed even more rapidly than it accelerates.

Point to point, this Eagle would probably not be quite as quick as a modern supercar. It doesn’t have the track width, its Vredstein tires are a far cry from the chocolate semi-slicks you get on new supercars, and Eagle refuses to bolt the car to the street with solid springs. To me, these are good things.

The bad? The exhaust note is great but it drowns out the engine. Gear ratios are so high you’re doing 110 mph before you need fourth, let alone fifth gear. However, that’s how the owner wants this car. You don’t have to spec the titanium pipes and this example has the highest of four final drive ratios Eagle provides; if you want one with quarter-mile gearing, or a couple of choices in between, it’s on the menu.

I came to this car hoping that, at best, it would be an E-Type designed with the benefit of most of a lifetime’s hindsight. In truth it is something else entirely, a total reimagining of the quintessential 1960s English sports car. It is today the one thing that had never been possible back then: an E-Type whose looks write no cheque its engineering cannot cash in full. 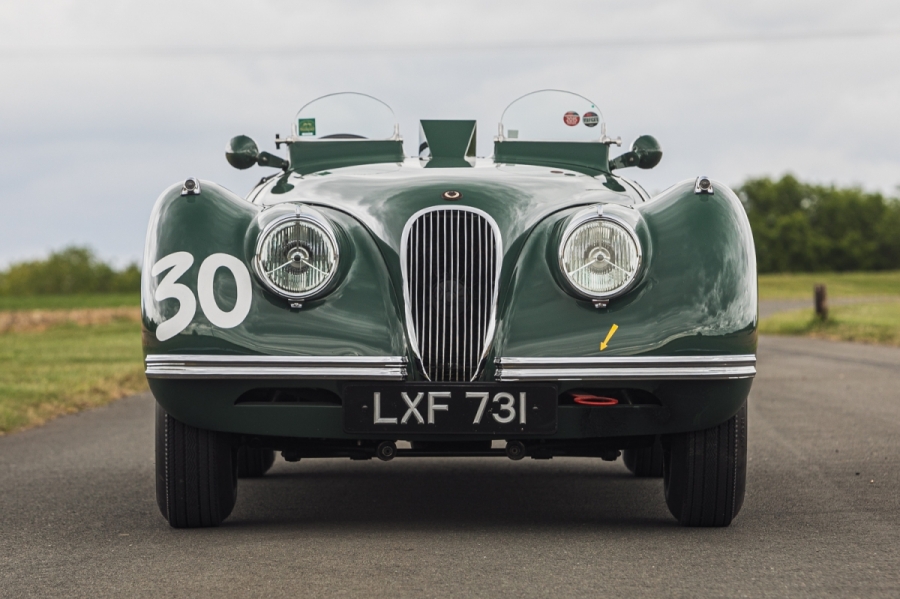 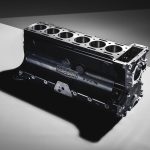 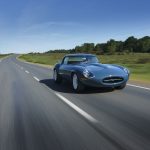 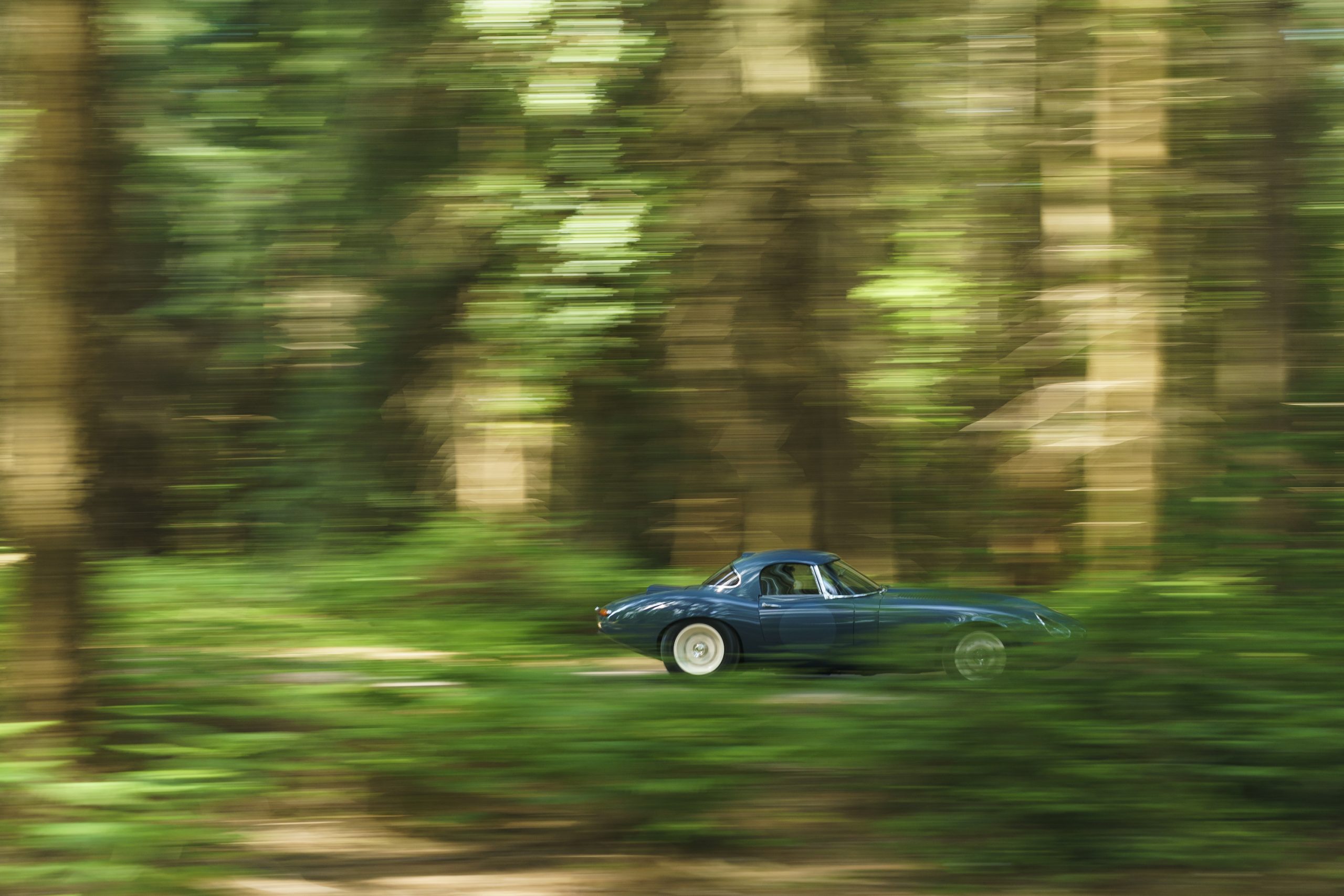 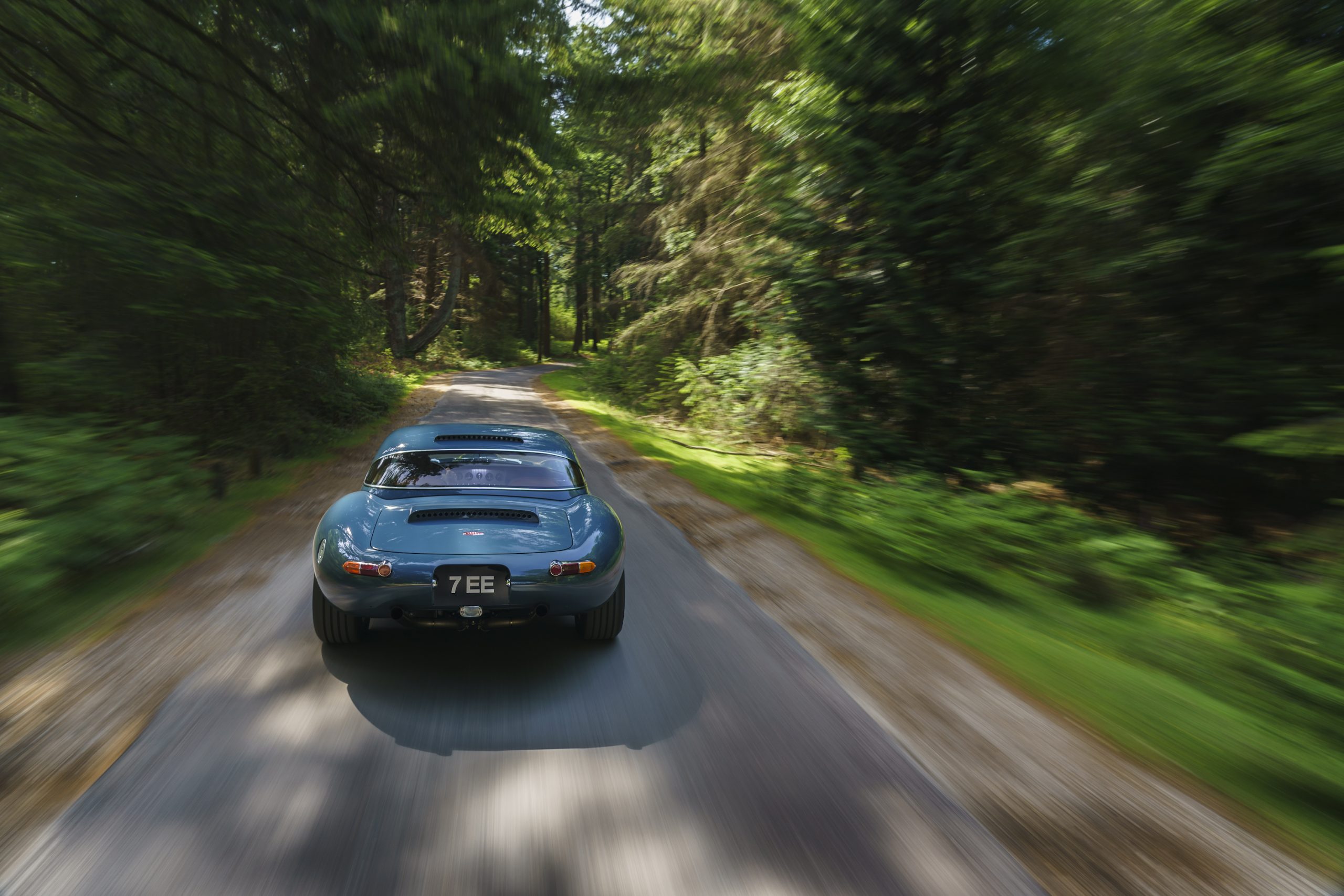 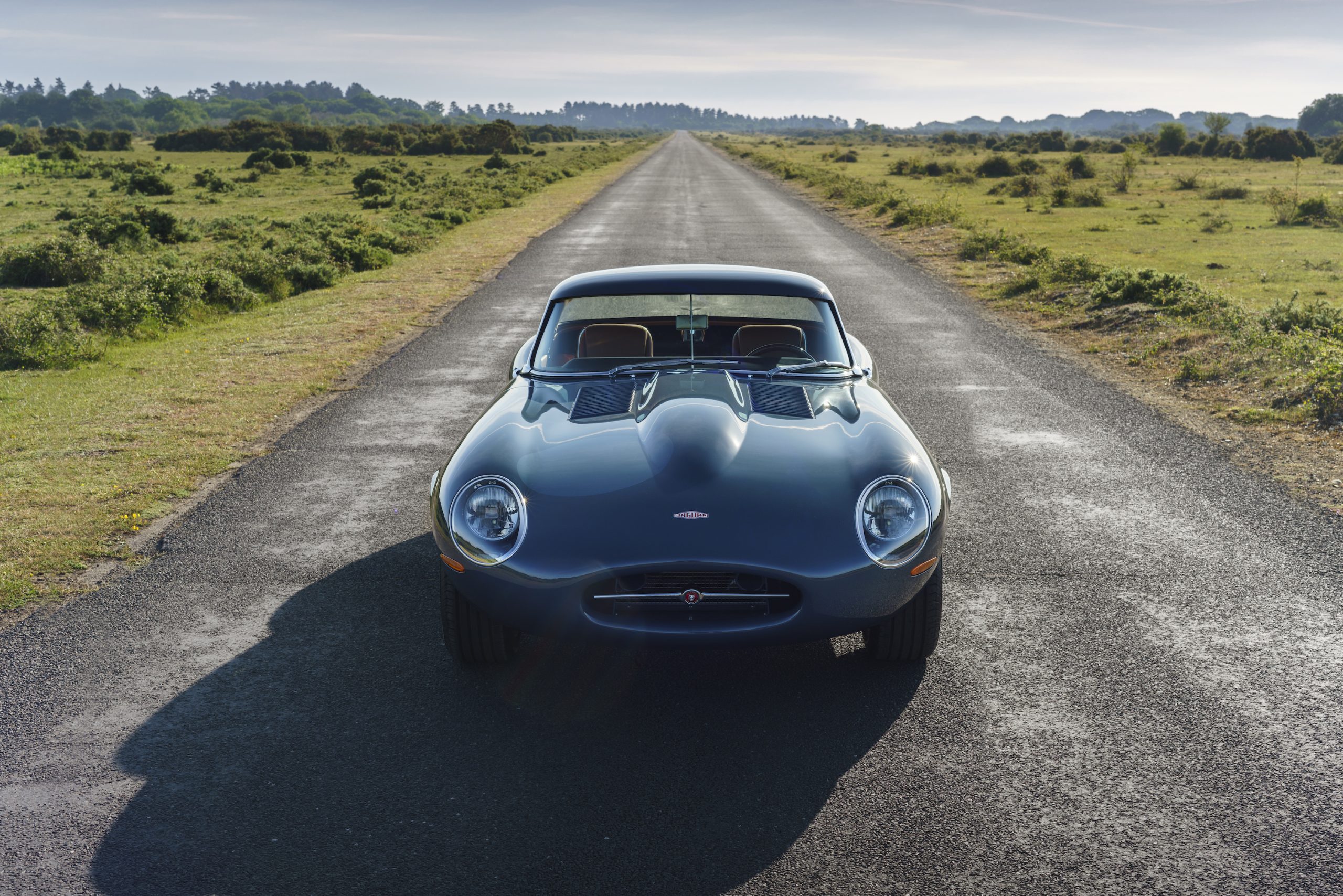 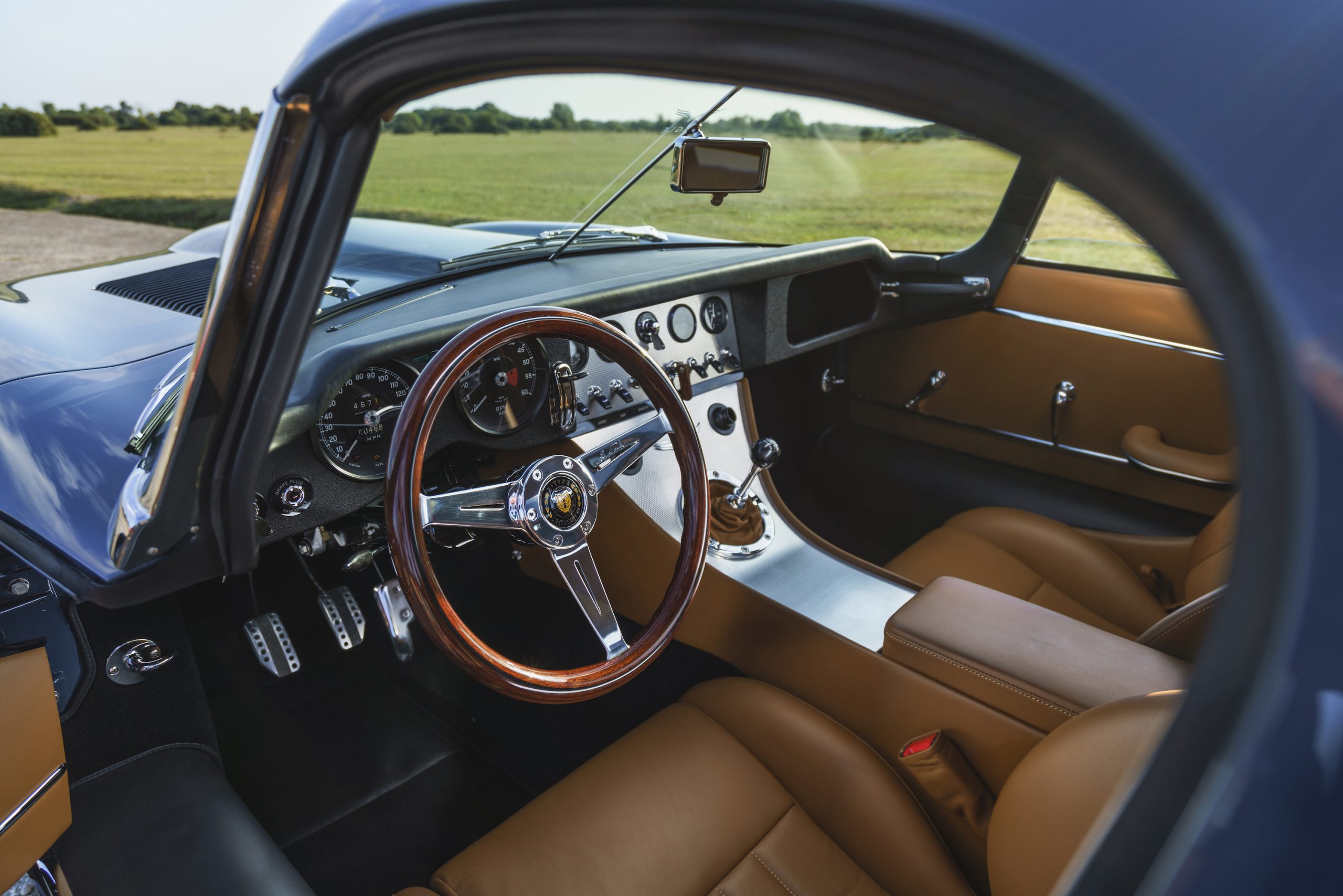 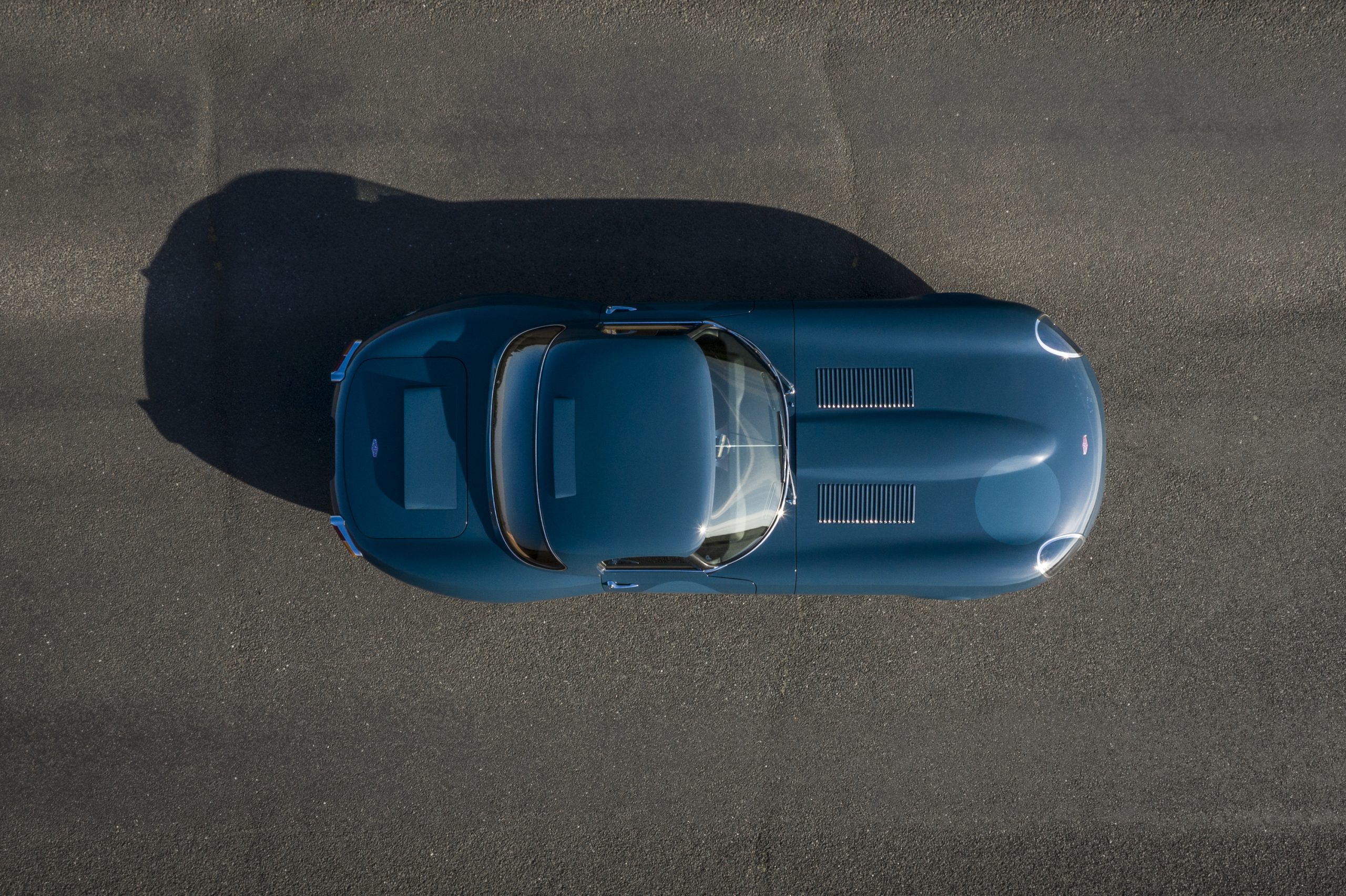 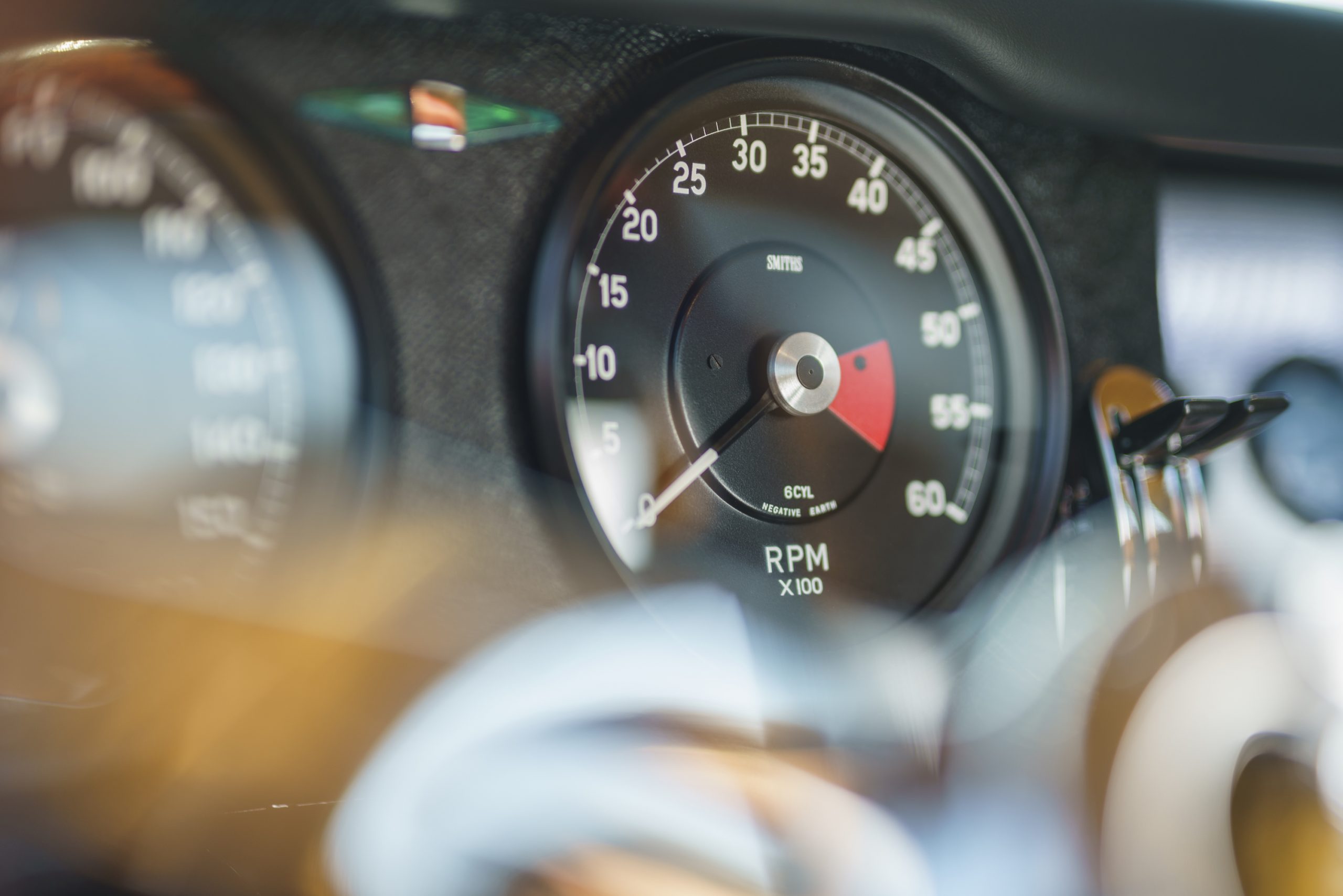 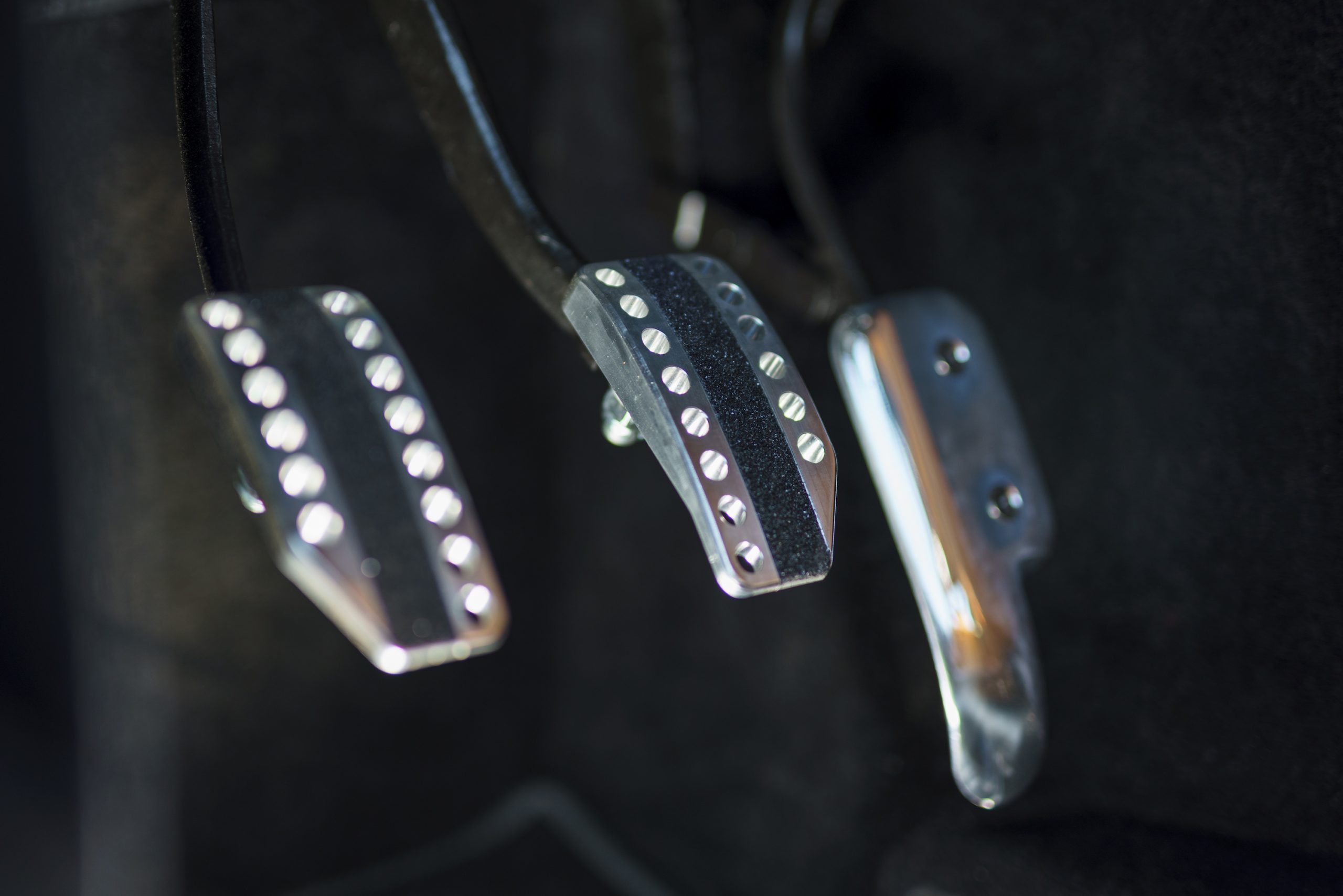 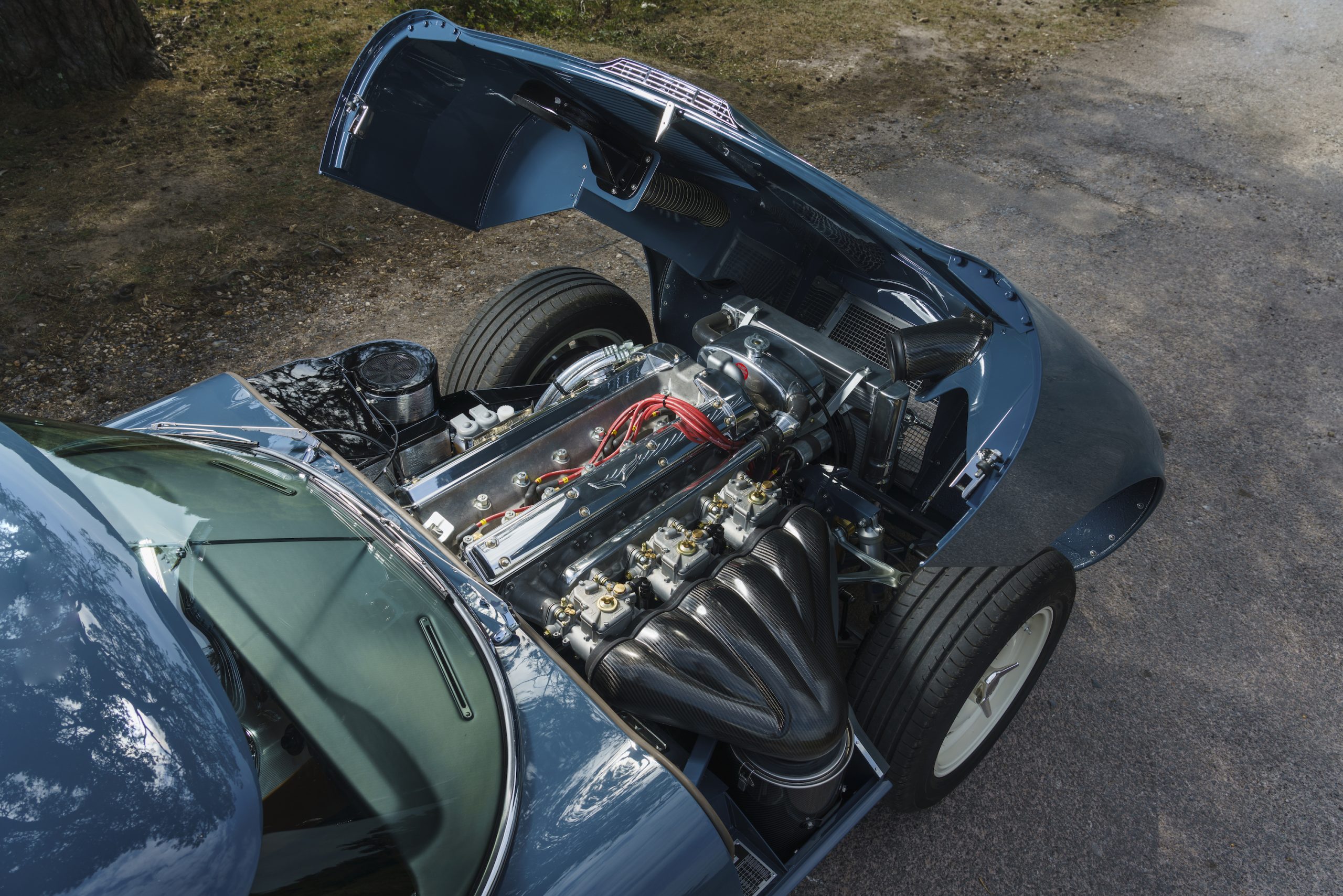 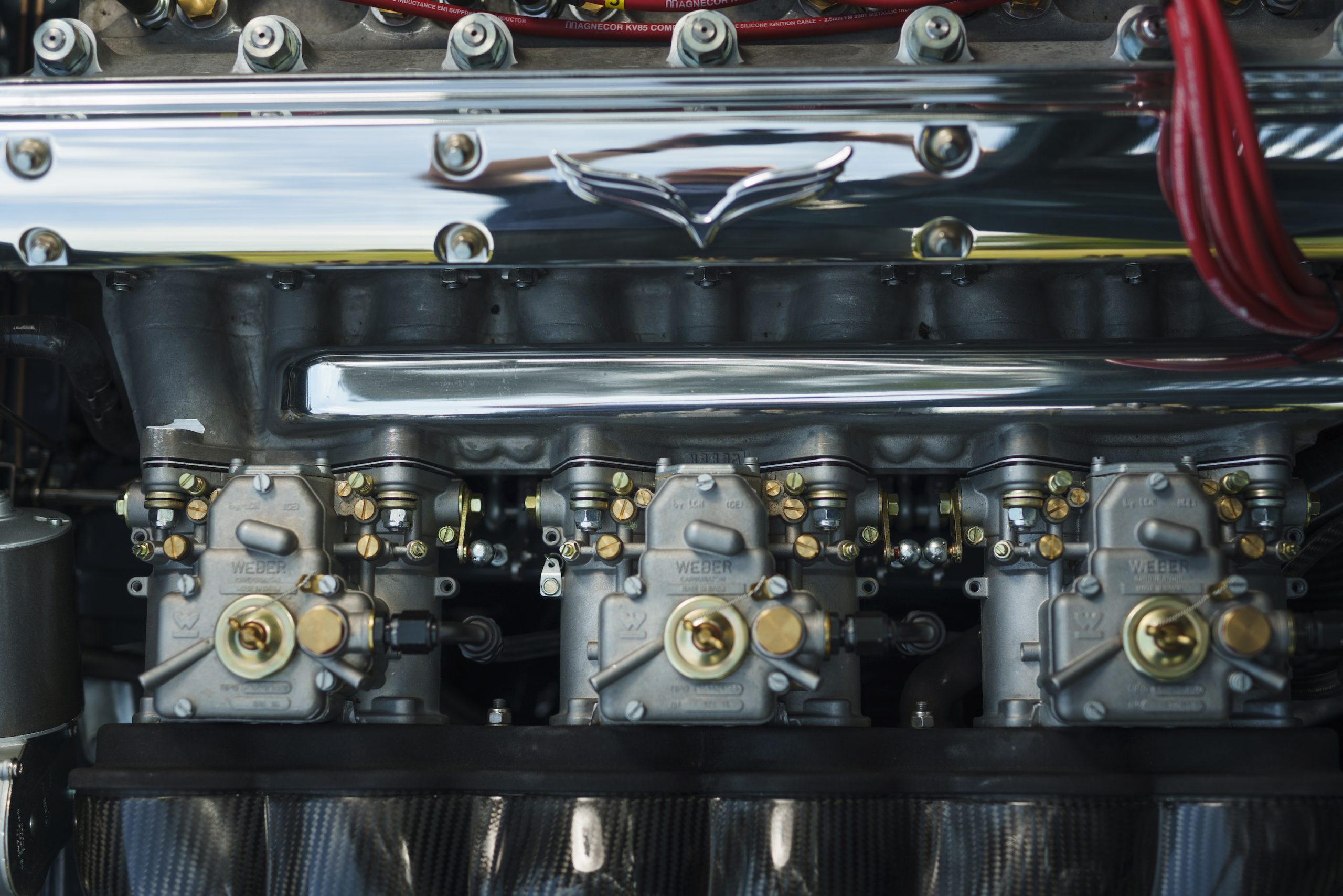