Drivers deserve better from the DVLA

What’s going on at the DVLA? Not a lot, by the sounds of things. At the end of last week, The Times newspaper’s Investigations team reported on the inner workings, or should that be failings, of the Driver and Vehicle and Licensing Agency.

It’s a big organisation – one of the biggest we have in the UK, when judged by the size of its customer base. The DVLA says it serves more than 49 million drivers. Yet as some of you will doubtless attest, the standard of customer service can leave something to be desired.

The Times got inside the organisation, which is based in Swansea, Wales, and the ensuing reporting gave the impression that, like a car left limping along because its owner doesn’t believe in servicing and MOT inspections, the DVLA was down a cylinder or two and the clutch was slipping.

There are reported to be record backlogs in driver applications. The Times revealed that it was taking up to a year for some people to get a driving licence. Some drivers are said to have been prevented from working, due to the delays. At its peak, last September, the size of the backlog of cases had hit 1.6 million. It now stands at just under 1 million.

Paper applications were piling up in such numbers that there was said to be not enough room for staff, prompting some to be given paid days off work. Clare Foges, a Times columnist, wasn’t really joking when she said that DVLA stood for Doing Very Little, Actually.

According to The Times, the DVLA has about 6200 staff. On an average day about 4500 of them are usually meant to be working, with others on scheduled days off, holidays, not working because they do part-time hours, or on other forms of planned leave.

However, during the pandemic, usually less than half of the 4500 staff were on site. Which would be fine, if the organisation’s IT systems were up to scratch and employees could work from home, but apparently elements that are integral to systems used by DVLA call handlers date back to 1990 – 17 years before the first Apple iPhone was released. They couldn’t work effectively from home.

So, what to do? In the case of DVLA management, during the first lockdown it was decided to put more than half of staff on ‘special leave’ – no work and full pay.

Needless to say, this generates complaints. You may have been one of the many to phone the DVLA and ask for an update on your replacement driving licence or a new V5C vehicle keeper document. Perhaps you were reassured when you were told that the typical waiting time was between six and ten weeks and it will be with you soon? However, one DVLA training instructor told The Times’ undercover reporter that call handlers had been instructed to say this to customers by the government, even though it was untrue.

You expect grumbles concerning any organisation the size of the DVLA, but ask around and there’s a general feeling that in any other organisation the slap-dash, ‘sod-the-public attitude’ as one commentator called it, wouldn’t cut it. Either the individuals or management would be tackled until the root of the problem was addressed, or the business would have gone out of, well, business as consumers took their custom elsewhere.

Unfortunately, as we well know, the UK’s drivers can’t take their business elsewhere. We are stuck with the DVLA and all that entails.

Now a blame game rumbles on. Last year, Mark Serwotka, General Secretary of the Public and Commercial Services Union, told the BBC that the backlog of 1.6 million cases could have been avoided if staff were able to work effectively from home, calling it a “stain” on the reputation of the civil service: “In 21 years, I have never encountered the level of incompetence and mismanagement that is on display at the DVLA in Swansea.”

Serwotka pointed out that the Department for Work and Pensions was able to handle three million universal credit claims, and HMRC delivered the furlough scheme. Why can’t the DVLA drag itself over the piles of unprocessed paperwork and into the digital convenience of the 21st century? After all, it appears to be quite capable when it comes to working with parking enforcement agencies.

The Agency says it will investigate allegations made by The Times. Grant Shapps, the UK Government’s Transport Secretary, has ordered an investigation into the allegations made against the DVLA, saying he was “deeply concerned” by newspaper’s findings.

How has it come to this? How is such a large and important organisation allowed to continue operating in such a dysfunctional fashion?

The answer won’t be easy to arrive at, but for the sake of the 49 million motorists and wider automotive industry that depend on the DVLA, it can’t come soon enough.

Opinion: Come on Boris, help the classic car community tear up GDPR red tape
Opinion: What the government doesn’t tell you about E10 fuel
Asleep at the wheel: Who is in charge of a driverless car? 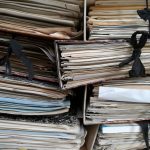 DVLA promises to end backlogs by switching to digital 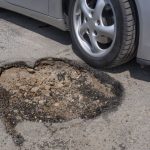 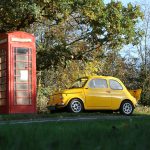 Living in a box: The rise, fall and resurrection of the red telephone box
A story about
DVLA Infrastructure