The One That Got Away: Georgia Peck’s search for her grandfather’s cars

“I only met my grandfather as a baby, despite him being my biggest inspiration and the coolest person I ‘know’. I’ve had the pleasure of learning about him through stories passed down from my father and by watching Pathé 16mm footage of him – projected in the traditional ‘click, click, click’ fashion from a 1920s projector onto our living room wall.

Hunting down his motor cars has been a way for me to connect with him, and piece together an image of him in my mind, which is usually him sat behind the wheel of a pre-war car, no roof, with his leather racing goggles and cap on, and his handlebar moustache streaming across his cheeks in the wind. He was famous for his ‘tache and was a member of the rather special Handlebar Club, which was founded in 1947 for gentlemen with a moustache over a certain number of inches in length and curl at each end.

My grandfather, Henry Aubrey Peck, or ‘Harry’, was brought up around cars in the early 1900s. His father, my great grandfather, was potty about cars too, so it’s certainly a Peck thing that’s been passed down through the generations by the fathers of the family, all the way to me, the first female who has seemingly caught the motoring bug.

My father tells me automotive pursuits were the thing to do before the Second World War, especially for those who didn’t have to work. As my grandfather lived near Brooklands – during the banked track’s heyday – it was his regular stomping ground. He was a member of most clubs there, such as the JCC and BRDC, and took part in a variety of events, including the 1000 miles race, hill climbs and rallies.

During his youth, cars were one of the only ways to explore and go on adventures, so they were an integral part of family life. They loved to travel far and wide in their motors, loading them aboard steam trains to Scotland and cruise ships to Egypt and beyond.

In the war he joined the RAF as an officer and flew Bristol Type 156 Beaufighters, one of the aircraft designer and aerodynamicist Malcolm Sawyer worked on before joining Jaguar. My grandfather was talented behind the wheel and under the bonnet of most British machinery. At home, he had his own petrol pump and all the paraphernalia to maintain his passion.

My father caught the racing bug too, and had a 1920s Austin Grand Prix Special. It’s one of the first cars I sat in as a baby and is the first car with family history that I tracked down.

My father documents everything in military fashion, so he kept a book with photographs of every stage of his ownership. At the back of the book was a handwritten letter and receipt to the owner who followed my father – the significance of which I’ll come to later.

I had the Austin’s registration number, and by typing it into Google found photographs of the car in France, covered tip to toe in racing stickers and badges on notable racing circuits. One of the badges next to the car, on what appeared to be a red-carpet stint, read ‘Chaussaut Collection’, and one of my Instagram followers, John, kindly helped with a little bit of digging on Facebook (as I don’t have it) after I put out a plea. Social media is a very powerful tool.

He immediately came back with a user profile of Patrick Chaussaut that he’d tracked down via the collection’s page, and numerous pictures of the car in pride of place. I brushed up on my GCSE French and got in touch. The Austin still regularly races in Angoulême with its French owner, Patrick, and we have been invited to visit. It’s his favourite car, and he would never dream of selling it.

It was much later that I found out all those years ago when my father sold the car, he had sold it to Peter Haynes, the automotive PR, and a now friend of my other half Merlin. What a frightfully small world it is.

There’s a fairly long list of cars to find that belonged to my grandfather and I don’t suppose all of them are still in existence. I’ve started with those that are considered most ‘notable’ and those that my grandfather cherished the most. I’ve got lots of old photos, badges, medals, books and footage to help with the search, as well as my father’s sporadic recollections.

For his first car, at the ripe age of 16, my grandfather chose a British racing green MGPA P-Type. If I should ever find it, wouldn’t it be a marvellous car to learn to drive in if I decided to have children.

He went on to own an R-type MG, the one he raced most frequently, and a 4.5-litre Bentley in which he was recorded doing a 100mph lap in at Brooklands, for which he received the hailed 100mph badge. He remarked to my father how doing 100mph in it felt ‘suicidal’ because the track was so uneven that the suspension would bottom out and his racing goggles would fall down his face.

He also owned a Mk II, Mk 10 and an E-Type Jaguar, a Humber Hawk, two Humber Super Snipes, an MG J2, an MGTC named ‘Black Bess’ and a 105 Talbot that he bought new in Kensington in 1934, which apparently flew around Brooklands at 110mph with ease, unlike the Bentley – which had a china toilet pull by the driver’s seat. When my grandfather had the hood up he would pull it so that a pair of ladies underwear dangled in the back window. Pretty scandalous in the 1930s I imagine.

He used to commute into London in his MG ‘Black Bess’, using the ex-Police bell attached to the front to clear the rush hour traffic – whilst smoking his pipe. He also fitted some sort of naughty contraption that puffed out a cloud of black smoke at the press of a button to anyone who got on his bad side on the road. He was quite a character.

Years later, James Coburn wrote to my grandfather, saying that he owned the Bentley, requesting its history. We’re unsure of its whereabouts now, but I’m still looking. The other cars, I believe, were sold off over the years by my grandmother who did not care for them.

I tracked down the Talbot fairly easily and it now lives in Arizona with a fantastic gentleman called Gregory. Gregory races too and I am so pleased it found a home with an owner I think my grandfather would approve of, and would probably have been friends with too. The Talbot will be at The Quail in Monterey this year and so of course, I will be there with bells and whistles on, so long as COVID allows!

There’s nothing remarkably Sherlock Holmes to report about how I found the Talbot – it only took one or two phone calls. It turned out I had been shooting mere miles from the car for years and never knew. It had undergone a full restoration at I S Polson, the Talbot specialists in Suffolk, who put me in touch with Gregory. When I first saw the car, that was a remarkably special moment indeed. I remember walking into the storage facility – a long old building, filled to the brim with pre-war Talbots and car bits, piled up high to the ceiling – and being instantly drawn to the blue paint of my grandfather’s car, nestled amongst all of the glorious chaos that makes up any good ‘car den’. It might as well have been my grandfather sitting there looking at me. I’ll never forget that moment.

I was on the Isle of Skye at the time when Gregory and I first spoke. He got in contact to tell me he was on the Isle too – what are the chances? And that he had planned to drive the Talbot there, all 600 miles, with only a canvas hood, straight out of restoration. Unfortunately, timings didn’t quite work out for the car to get there, but we met anyway and have kept in touch since.

This wasn’t the first time that we’d found the Talbot since my grandfather sold it. When I was one, the previous owner tracked my father down and invited him to climb the Brooklands test hill in it – an invitation he happily accepted. He proudly remembers being announced by Chalky White, “NA Peck, son of HA Peck”. Perhaps one day I’ll be there as GA Peck.

Naturally I would love to buy them all back, but, inevitably, they have appreciated in value somewhat since they were last in the family. I hope to buy back at least one or two that I can cherish and pass down to my own family. Even if we do need to send them for an electric conversion at some point in the future. I would also absolutely die to drive one, with my father in the passenger seat, or vice versa – that would be the dream and I’d like to follow in my grandfather’s footsteps so I’m currently in a racing programme to get my licence.

My father brought me up on bedtime stories of my grandfather’s racing exploits and international adventures and I wish more than anything I had got to know him personally. My father adored him, and I know I would have too. I don’t have a lot of family, and I never met anyone from my father’s side, so tracking down some of the things that meant the most to my grandfather and father is a significant thing for me to do. You never know how long you have left with your loved ones, so I think it’s important to do the things that mean the greatest amount when you can, and to document the stories you want to pass down yourself to future generations. In this day and age, digitally future proofing information, stories, photos and videos is so easy to do – there’s really no excuse not to.

Most importantly though, for me, is to know that his cars are being loved, enjoyed and driven by someone – like I saw him doing in the videos. As they should be, and how I imagine my grandfather would have wanted them to be.”

Georgia was speaking to Charlotte Vowden.

The One That Got Away: Rick Parfitt Jr is searching for the Mk2 Golf GTI that helped him through tough times

Your Classics: Andrew Barrett and his BMW M5 E28 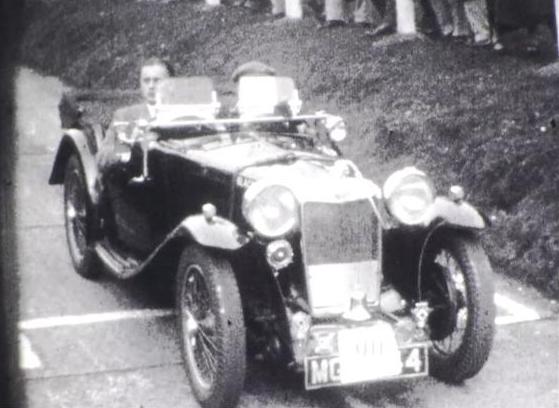 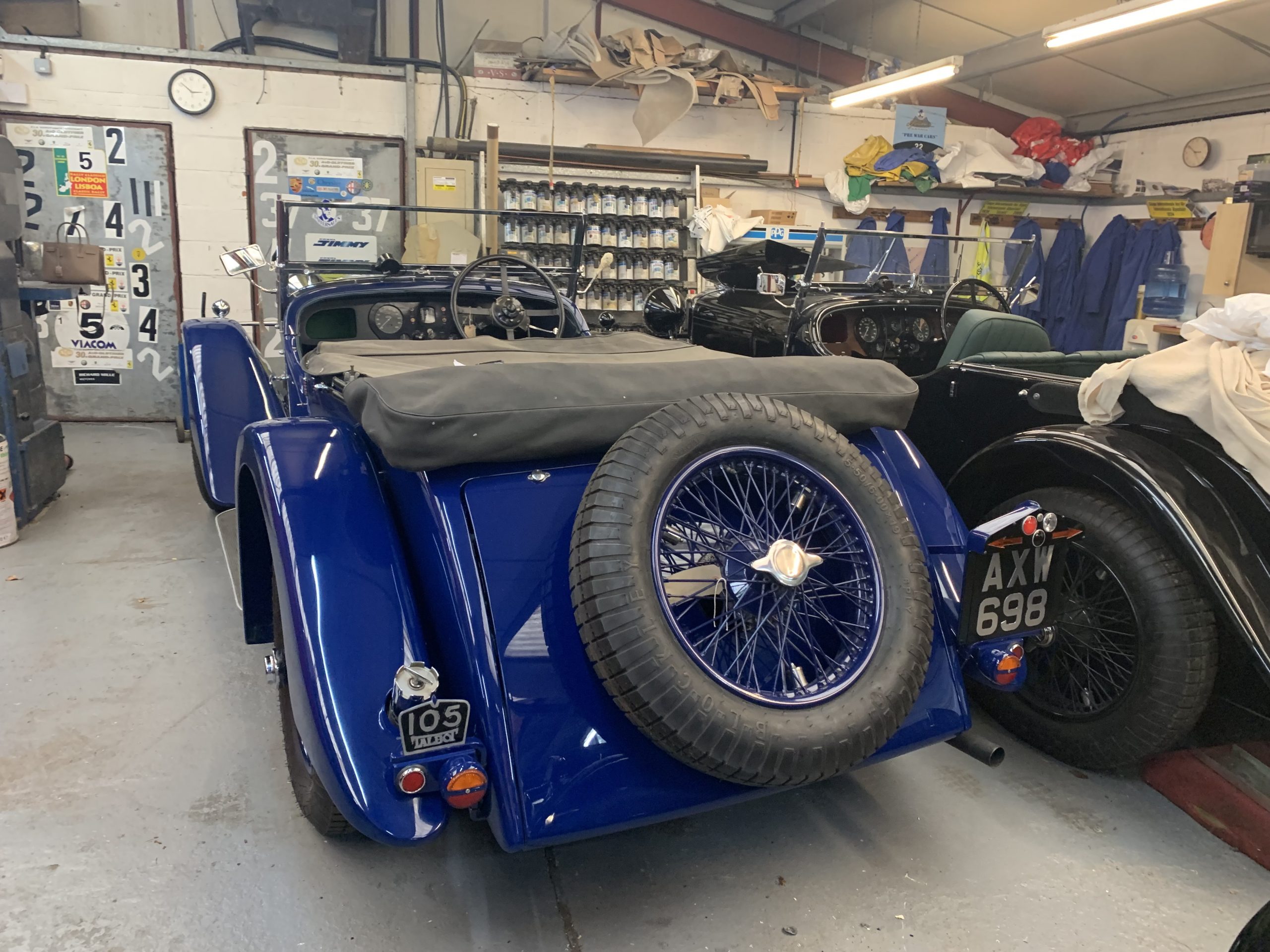 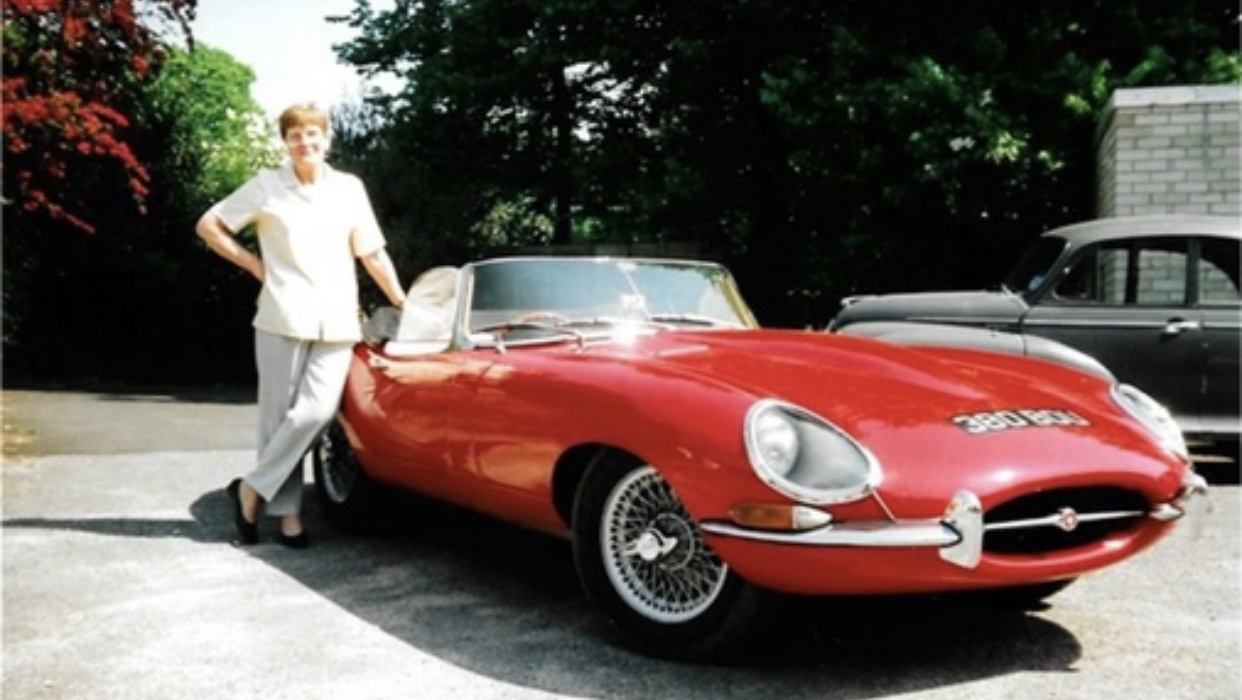 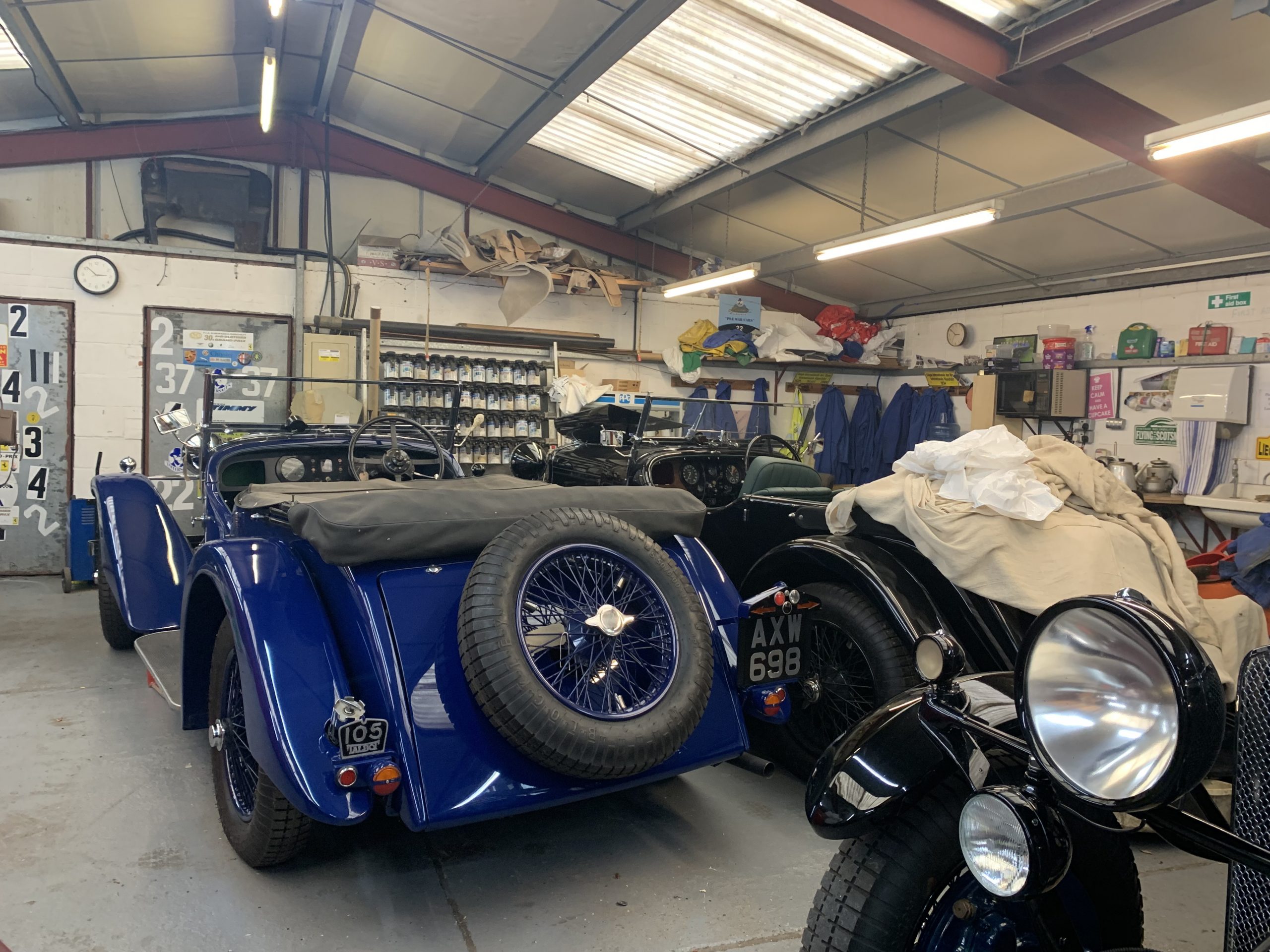 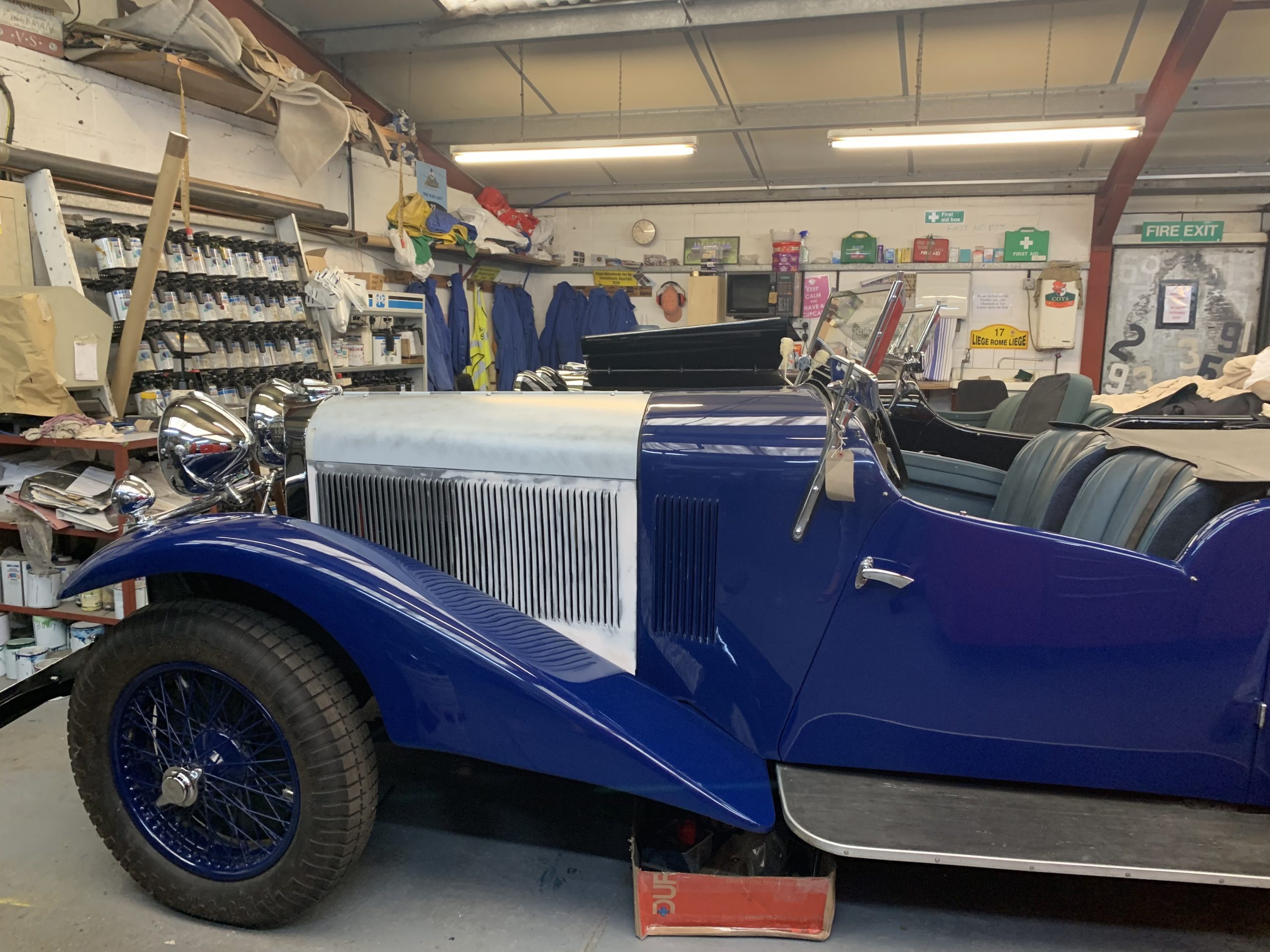 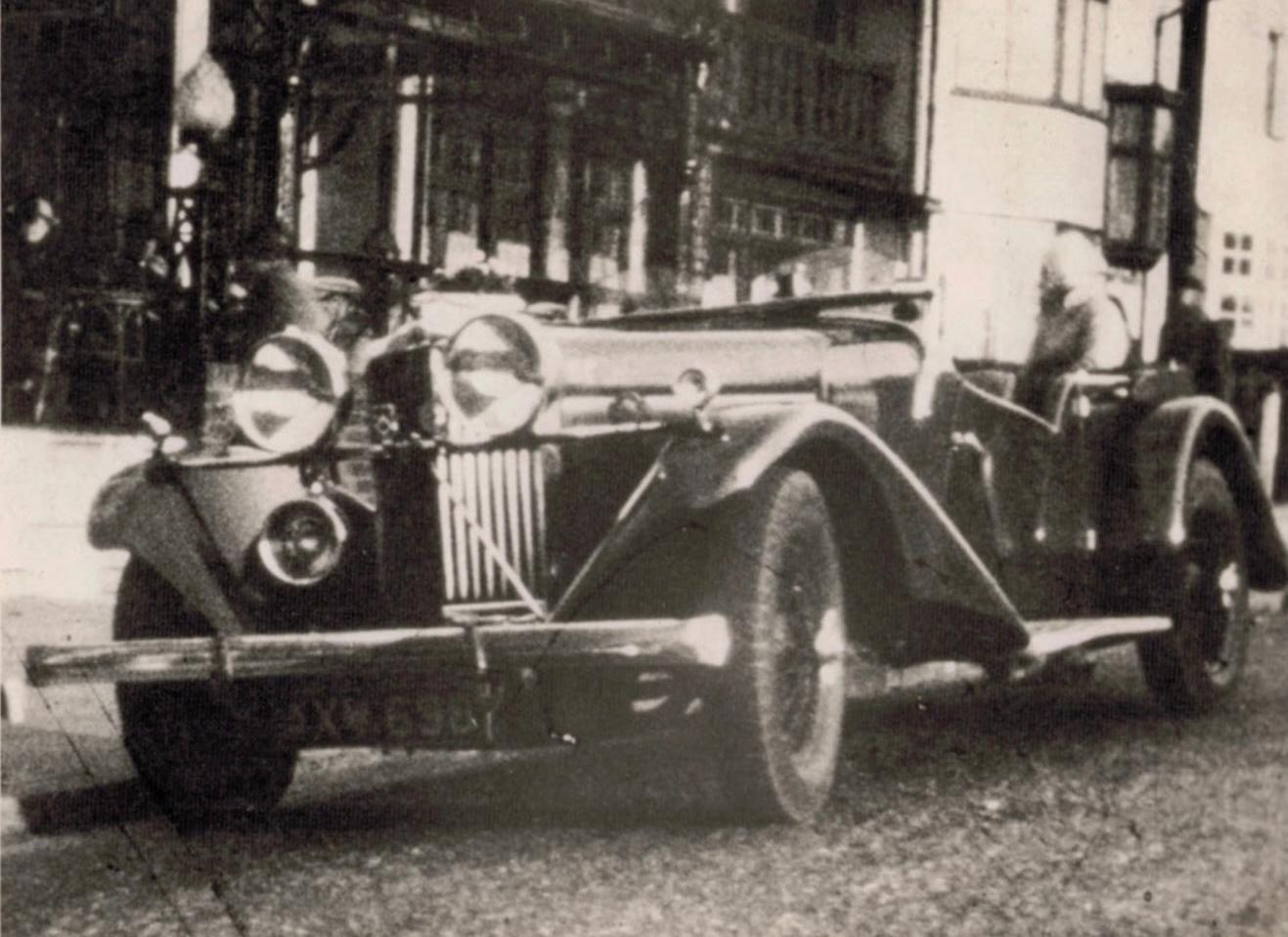