Welcome to a series from Hagerty US called The Death Eaters. With the help of the Lane Motor Museum and Kentucky’s wonderful NCM Motorsports Park, Hagerty is exploring the stories and real-world behaviour of legendary cars with infamous handling. The stuff of lore, both common and obscure, from turbo Porsches to Reliant three-wheelers. This is the second in a series; the first, on the Tatra T87, can be found here. Enjoy!

The car is the size of a dog crate. Imagine the sort of box in which a person might sequester a German Shepherd, or maybe a drunk Oompa-Loompa. In spite of this, the interior feels roomy. This is probably because the whole thing is British, and the British are good at making much from little. Mid-century prosperity from war-battered London. Everlasting pop music from a scruffy part of Liverpool. A reasonable little economy car from four rubber cones and ten-inch wheels.

The Reliant Regal, however, is not a reasonable little economy car. It is more like a reasonable little form of indigestion, or maybe just a reasonable way to suggest that we all return to living in caves, where no one goes any faster than a human can run and you certainly don’t find yourself upside-down on the way to the store because you hit a pothole in a corner while changing the radio.

Wait; that’s unfair. The Regal I drove didn’t have a radio. That would be fancy. A Regal is clarified unfancy, its features so entertainingly basic as to demand exclamation points: Three wheels! Made of fibreglass and angle iron! One extremely overworked front kingpin!

Strange machine. But I liked it! Really! I had a great time! I had the thing on two wheels in the first hundred yards, entirely by accident, and it was only moderately terrifying! I also – and this is not in any way an exaggeration – never want to drive it again!

To know the Regal, you must first know the Reliant Robin. The Regal came before the Robin, though the Robin is the greater landmark. Both machines are fibreglass-bodied three-wheelers with a reputation for falling over. Jeremy Clarkson famously crashed a Robin on Top Gear and compared it to driving around in one of the Queen’s corgis. Princess Anne had one. The British called the car “Plastic Pig.” Driving a Reliant was oddly freeing, Clarkson said, because “if something goes wrong, you will be killed immediately.”

The Robin was built in two periods, from 1973 to 1981 and 1989 to 2001. Contemporary journalism noted that the car was both moderately unstable and capable of more than 70 mph. Thousands of Robins were sold. English folk generally regard them as lovable cultural flotsam, indefensible but harmless, the way Americans view White Castle hamburgers or Ryan Seacrest.

As for the Reliant Regal, well, it’s basically a Robin but less… good.

Regals were built from 1953 to 1973. If a Robin did a passable impression of a small car, the Regal did a passable impression of a stone-age Robin, or perhaps a Ford Anglia sulking in a corner because someone stole one of its front wheels. The Robin wore a rear anti-roll bar, which helped keep the car grounded in corners; the Regal did without. The interior of a Robin recalled your average 1970s car; the Regal’s was untrimmed fibreglass, visible fibres, like an old wheelbarrow. The Robin’s chassis was slightly more evolved than that of the Regal, offering greater stability, but the newer Reliant was still associated with the kind of crash unique to “delta” three-wheelers, where the vehicle trips over its front tyre in sudden manoeuvres. Heavy crosswinds were said to air-freight either machine directly to the nearest ditch, no waiting.

Naturally, as the Regal aged, Reliant engineers gave it more power. The last and strongest Regals were dubbed 3/30 – the first number for wheel count, and the second for quoted ponies.

“It loses traction, so the motor goes grrr, like you’re slipping on ice,” Jeff Lane told me. “That means a rear wheel is either up in the air or really light. Get a little steer out of it, let off the gas, it usually comes back down.”

Lane is the founder of Nashville’s nonprofit Lane Motor Museum. The Lane owned our test car. Jeff attended our test for moral support.

“You can flip it over,” he said, affably. “But I think you’d really have to hammer it.”

I believed him. Later – and this is no reflection on Jeff, both a skilled driver and a kind human – there were doubts.

The Englishman who designed the Robin once called the Regal a “big, ugly thing.” In person, the car plays as agreeable doofus, like a Golden Retriever that found your stash of pot cookies. (Third dog reference, I know. The car makes you think of small animals.) The shift lever is maybe four inches tall, its lollipop-size knob proudly jutting up at your left hip. Selecting any of the Regal’s four forward gears is like arranging dollhouse furniture. Turn the wheel while the car is stopped, the whole machine will rock back and forth on its single front spring, dipping wings around the single upright. The hoarse, 875cc four-cylinder behind the dash is best described as… present.

The other tests in this series have orbited something like science – a slow and careful advance up a ladder of risky manoeuvres. The Reliant, however, allowed for just two modes: slow and tentative progress, or, more speed. Which brought a kind of neanderthal physics call-and-response where the car shouted its feelings in stone-age language.

Car [yelling]: HI HELLO DO YOU NEED WHEEL IN AIR

C: ARE YOU SURE ABOUT THIS WHEEL THING

VO: Yes, really, just act as if we’re popping out to the store

C: HERE WHAT IF I JUST PUT THIS WHEEL IN THE AIR RIGHT HERE IN CASE YOU NEED IT

VO: I just want to pretend to exit a neighborhood and turn this corner like a normal person, please calm down, you just can’t go murdering people like this

C: IS IT NORMAL TO PUT A WHEEL IN THE AIR

VO: Not entirely, no, but here we are

C: IS HERE A PLACE WHERE YOU NEED FLYING WHEEL

VO: No seriously, really, I mean this; I’m good

VO: [wearily] For the love of God please oh my stop.

When all you have is a three-wheeled panic hammer, every road is a nail.

Before I hit our cone course and began testing, I had rolled over to a deserted section of the track’s pad. A slow and wary series of circles followed, to feel things out. At a smidge faster than a jog, the Reliant fell into sudden and unsteady lean, flying the inside rear tyre. I relaxed my right big toe and the car dropped in sickening fashion, slamming into a bump stop with a bang. The bodywork wobbled for a moment, uneasy, as the dampers did something not entirely unlike work.

Being an experienced professional who is not at all fazed by this sort of thing, I forced a nervous laugh and spent a few moments recovering from extreme personal clenching.

Our pad layout, mostly second-gear corners, suddenly seemed entirely too fast. The plan for graduated handling tests went out the window, replaced by an improvised process I logged in my notes as:

That last bit took some doing. The virtually numb steering was finger-light even when parked. Wheel input would immediately kick the car into some 15 degrees of body roll, compressing the outside rear spring; any further steering or throttle would generally prompt the inside wheel to chase the sun. Two-tyre driving was possible but unstable, the edge of a knife. As the Reliant was right-hand-drive, my weight sat on the right side of the car. Left turns gave a quicker rise on take-off, then less room for error on the way down.

Halfway through testing, sore from – let’s just call it “personal tension” – I crawled underneath to peep at the front axle. In addition to an intriguing view of the car’s frame (polite term: raw), the front-suspension geometry was food for thought.

Lane ambled over, stuck his head in the window affably.

“You want a passenger? It’s a little more stable with a – ”

The weight of a second person changed much; take-offs and landings became slower and easier to manage. I parked for a second and spent a minute thinking about how motorcycles work. Then I chewed on the Reliant’s single-sided swing arm and moderate kingpin inclination. Back on the pad, I began to add a whisper of left-foot brake in corners. First a brush on the pedal on entry, then constant pressure all the way through.

The process required thought and a microscopically delicate touch – plus steady paranoia that too much pedal might trip the car into a roll – but it worked. The Regal’s kangaroo leaps tamed a bit, and the car went faster with less panic. With a bit of practice, I could hold the inside rear just short of a hover, the open differential letting the unloaded tyre spin up under throttle but not actually lift off.

Granted, literally balancing a machine on the edge of disaster is an insane way to navigate traffic. But also note that one could say the same about a 900-pound fibreglass three-wheeler.

Like a lot of microcars, the Regal seems an irrational answer to a rational question. Those who like driving the thing quickly probably also like brushing their teeth with granulated sugar. The car’s characteristics as motor vehicle exist in stark contrast to many of the stated goals of the species. That said, its behavior also serves as a strangely logical form of early warning system – unlike a lot of ill-handling cars, the Reliant actively discourages you from asking too much of it. Which means you don’t end up asking very much at all. The safety of low expectations.

Car people often talk about how older vehicles can be more satisfying than new ones. Skill and risk in trade for emotion and feedback, all that stuff. And while those notions have their place, the whole point of this series of tests is to investigate whether we are better off absent cars that trade in abject fear.

In this case, probably.

Ask me again when the clenching stops.

Known For: Three wheels and falling over, plus that time where its sister model and Jeremy Clarkson staged a crash on Top Gear.

The Reality: Only slightly less absurd than they say. But at least it’s slow.

Lesson: There’s a reason we don’t all drive trikes. 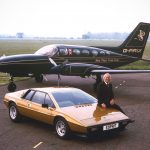