Official history recounts the first fast Fiesta as the 1980, 1.3-litre Fiesta Supersport. Costing £4,500 at launch, this little bolide was a market tester for the next year’s XR2 model. “It shortens straights, it straightens bends,” trilled the advertising copy line.

But there was another souped-up Fiesta, developed two years before the Super Sports, and it came from the most unlikely of sources – Healey.

What we know today as the Fiesta was called Bobcat when it was under development, gaining the Fiesta name by the time of the 1976 launch, and given freely to Ford by General Motors, which had used it on a Fifties Oldsmobile model. What different times they were.

However, Ford’s small hatchback had its detractors even within the company. Henry Ford II growled “small car, small profits,” when the project was first mooted in the early Seventies, but gave the go ahead anyway. And despite its long-winded development, the Fiesta name has done wonderfully well for the blue oval since, particularly in the UK where it has squatters’ rights at the top of the best-sellers list.

That early Seventies excitement was so great in fact, that pretty soon there were those looking for more power and handling from the already taut and fine handling machine – the Mini Cooper effect if you like, though the 1976 Renault 5 Alpine, one of the first hot hatches, was also an inspiration.

The Fiesta Super Sports arrived in 1980. Yet the history book of fast Fiestas should also embrace this extraordinary and equally mean and green one off, and perhaps the first ever souped-up Fiesta, the Healey Fiesta.

It was 1978, and Ford of America decreed a show car to highlight the sporting credentials of this tiny hatchback, which was suffering from a somewhat sceptical buying public. At the behest of Detroit businessman Gary Kohs, it handed him a brief to come up with something a bit saucy to tempt the American urban buyer. Kohs had pitched the idea with some Harry Weeks sketches and the idea of involving Donald Healey and his son Geoff. Austin Healey already had some cachet in the US with their diminutive Frogeye Sprite and more powerful Big Healey sports cars and were acknowledged experts in getting more out of quite pedestrian drivetrains.

A US specification 1.6-litre Fiesta was delivered to Healey Automobile Consultants, in Britain, and they set to…

The engine was shorn of its smog reduction gear and fitted with a new, better breathing cylinder head and higher compression pistons along with a hotter camshaft, and a port-matched, twin-choke Weber carburettor with suitably modified ignition timing. Contemporary reports suggest the result was 105bhp, a great deal better than the standard car’s 66bhp and given the Fiesta’s weight of less than 800kg, gave quite spritely performance. The figures are born out by a  contemporary Road & Track magazine article on the car (August 1979) and in Geoffrey Healey’s book Healey: The Specials (1980), he writes that: “the engine was not run on a testbed, but a Ford Mexico engine, in this state of tune, is known to develop over 105bhp at 6200 rpm, and the final test on a chassis dynamometer gave figures which indicated that this engine was giving a similar output.”

The suspension was also upgraded and lowered with stiffer springs, a set of Koni dampers, harder brake pads, and four smart 13-inch Minilite wheels shod with grippy Firestone rubber. The wings were widened to accommodate these one-inch-larger-than-standard wheels and a fine job they made of it, too flowing the fronts into a handsome air dam. The coachwork was then finished in British racing green with yellow pinstripes and ‘Ford Fiesta By Healey’ badging.

In the cabin there were supportive Wolfrace seats in front and the rear bench was removed to accommodate a roll-over cage. A Motolita steering wheel replaced the standard rim and the headlamps were beefed up Cibie units, with an additional set of fog lights.

Sixty per cent more of anything is going to be good and Road & Track tester Tony Hogg pronounced the little car “a revelation to drive”, although he did find all that power and torque through the front wheels pulled the steering around and the standard, four-speed gearbox was a little vague.

Timing, however, was the undoing of this promising little project. Henry Ford’s words were proved right in the US at least and the blue oval was busy discontinuing the Fiesta in the US in place of the larger Escort model, which met a more receptive audience. At the same time, plans were afoot in Europe to do the same thing on the production line with the Supersport Fiesta model begetting the XR2 series, the RS and RS Turbo and then the all-conquering ST, which remains one of the most effective performance cars, ever.

So, the plucky little green monster was hauled away into the Ford museum and was sold at auction in the Eighties when Ford had a clear out. It’s been forward and back between owners since then. In September 2006, Jeff Koch spoke to then owner, Bob Segui and drove the car for a comprehensive piece in Hemmings Sports And Exotics.

Finding the seats set a little too far to the rear, Koch found himself crouching forward to drive the car and reach the pedals. The engine revved freely, the author noted, but with all the modifications it wasn’t just an idle boast and for its time, the Healey Fiesta was a considerable performer. On more modern rubber, it turned in fast and cornered flat, yet the ride was at least tolerable on the freeway.

“One does wonder what could have happened if the stars had aligned and the timing was right,” pondered Koch. “Could Ford have created the so-called hot-hatch market for themselves in the States?”

At that time the odometer showed just 6,312 miles and in September 2014, it was up for sale at a Bonhams sale at Beaulieu, with a less than 7,000 miles on the clock. It didn’t sell, but it was certainly used in moderation in the interim. Earlier this year it was up for sale again with 8,000 miles on the clock. It was marked POA though Bonhams had estimated a top price of £15,000 which made it pretty good value against some of the very early quick Fiestas, which in good condition can fetch well over £20,000.

Trouble is with history, is the more you use it the less value it has, but surely this is a car you’d want to use. Perhaps even build a replica complete with yellow Minilites and pinstriping?

Either way, the Healey Fiesta is now an almost forgotten byway of Ford history, but one that deserves a bit more celebration perhaps?

Tracking down my old Ford Sierra Cosworth after 31 years was easier than you’d imagine
Buying guide: Ford Escort Mk1 and Mk2
10 times Ford had fun with the Fiesta 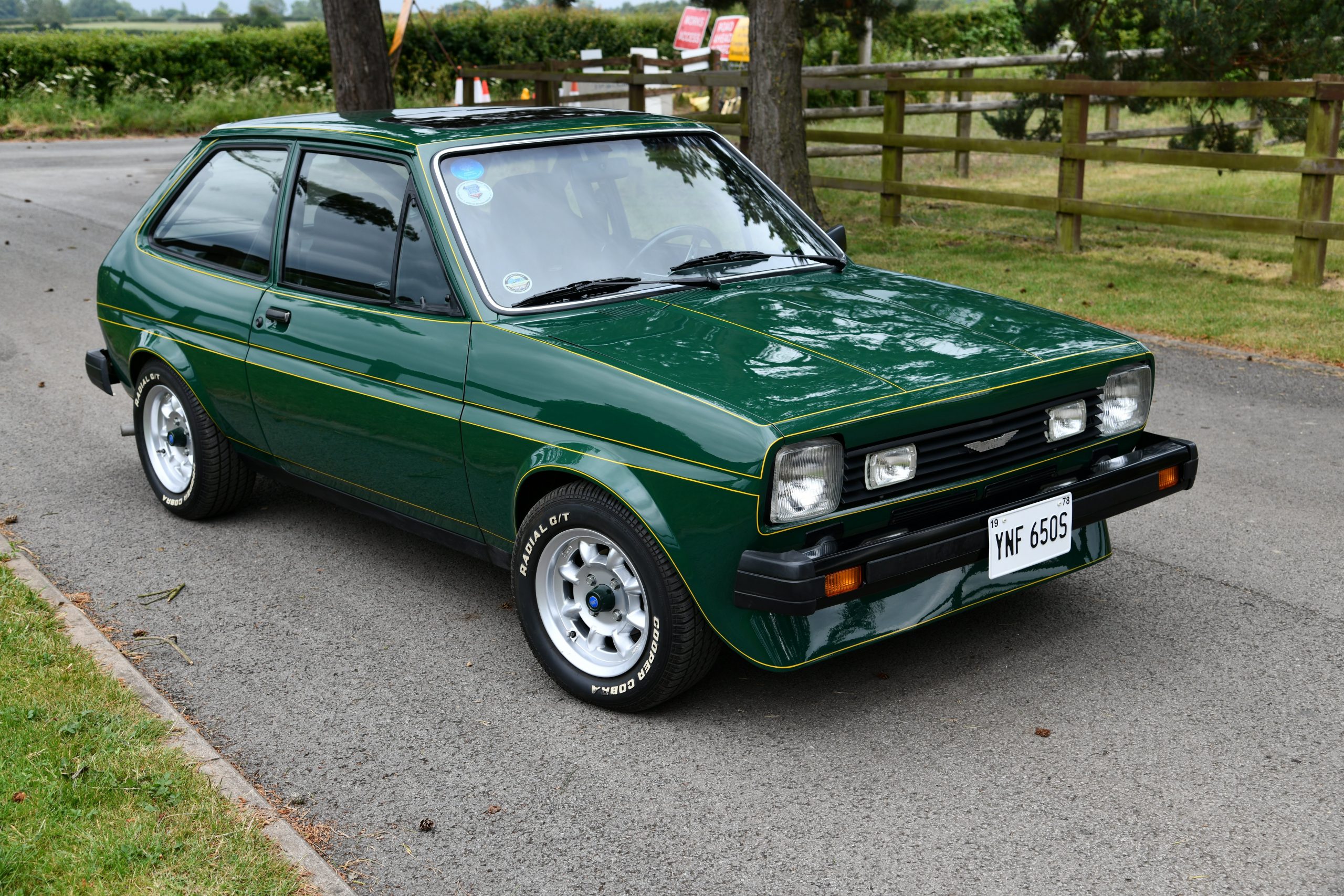 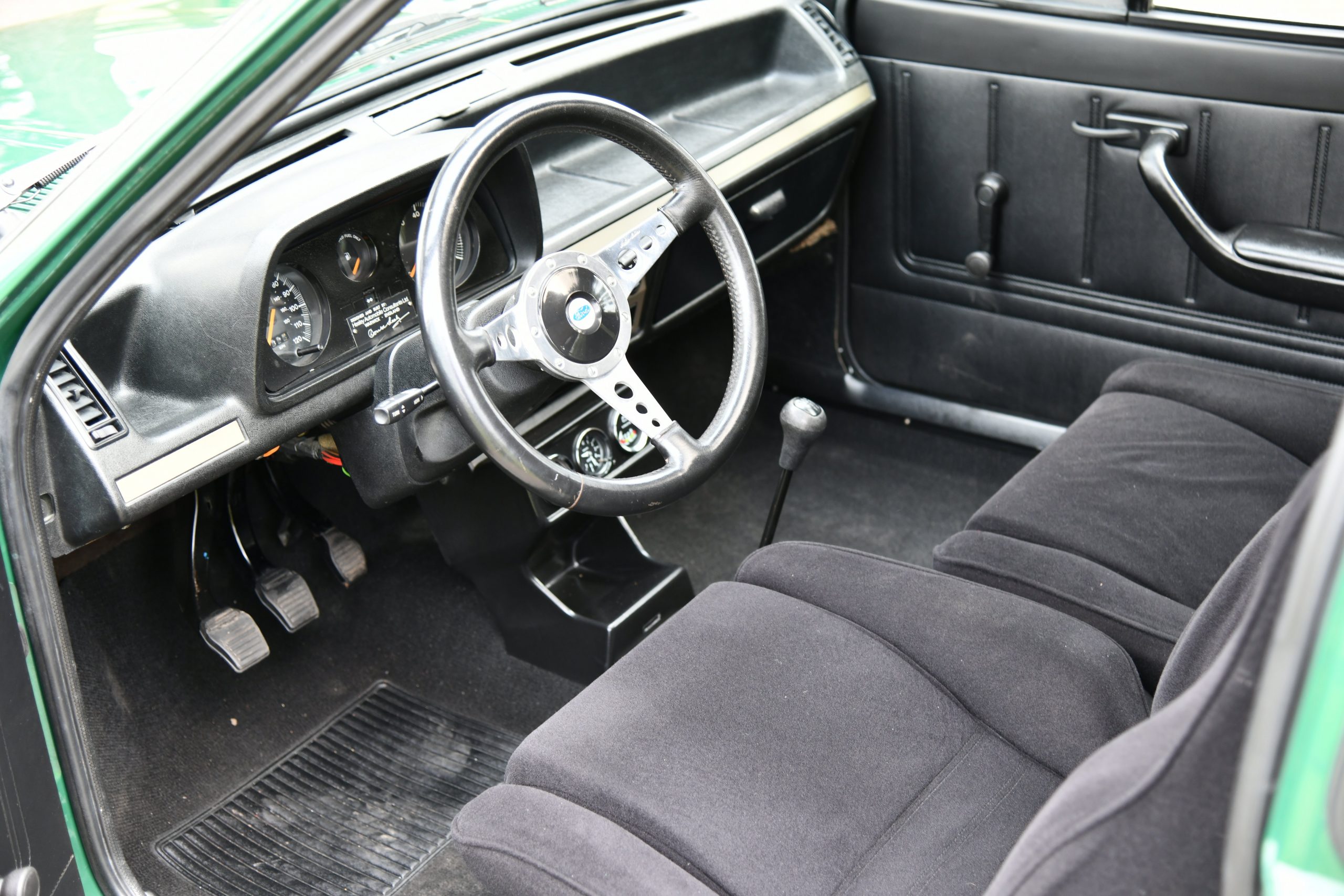 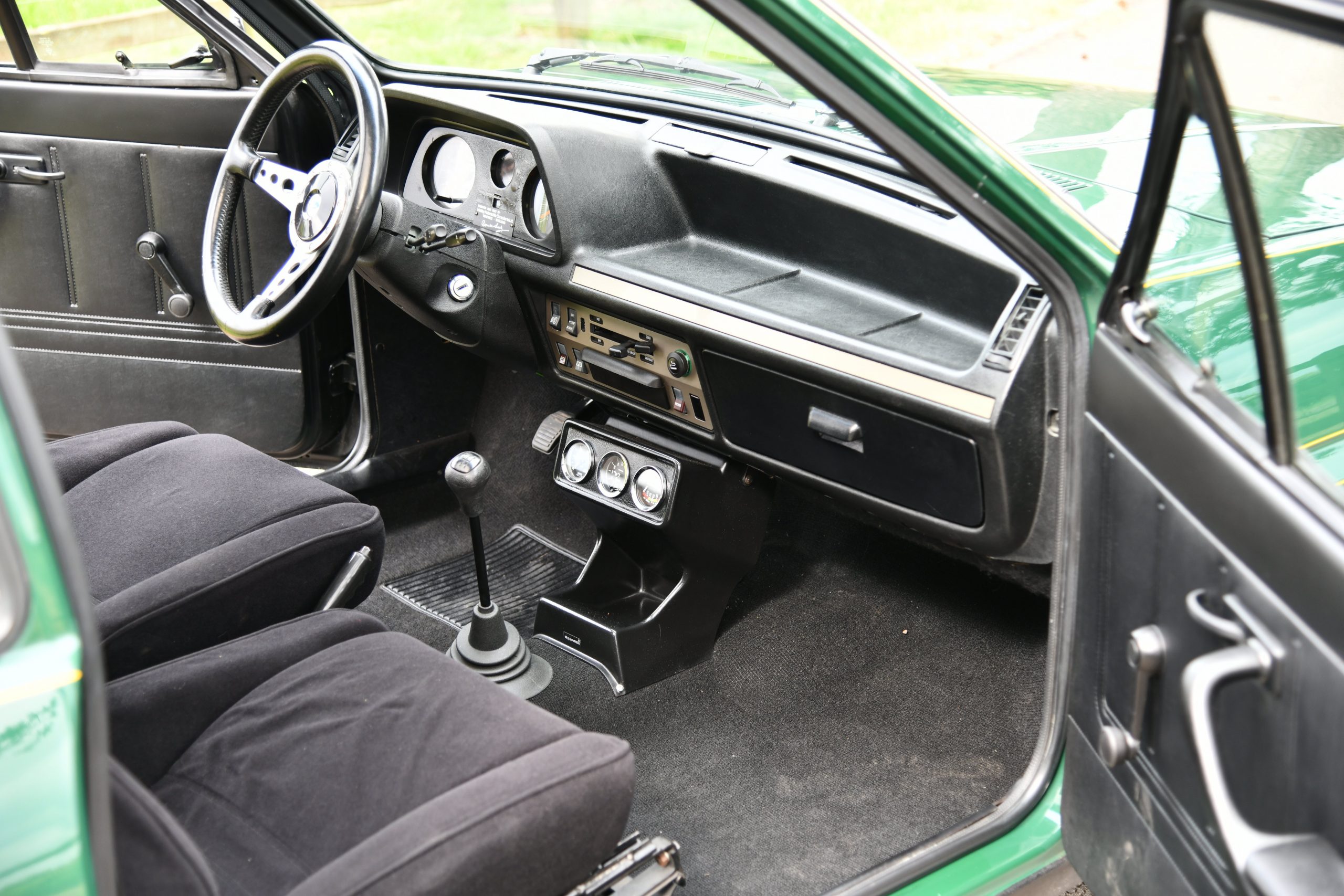 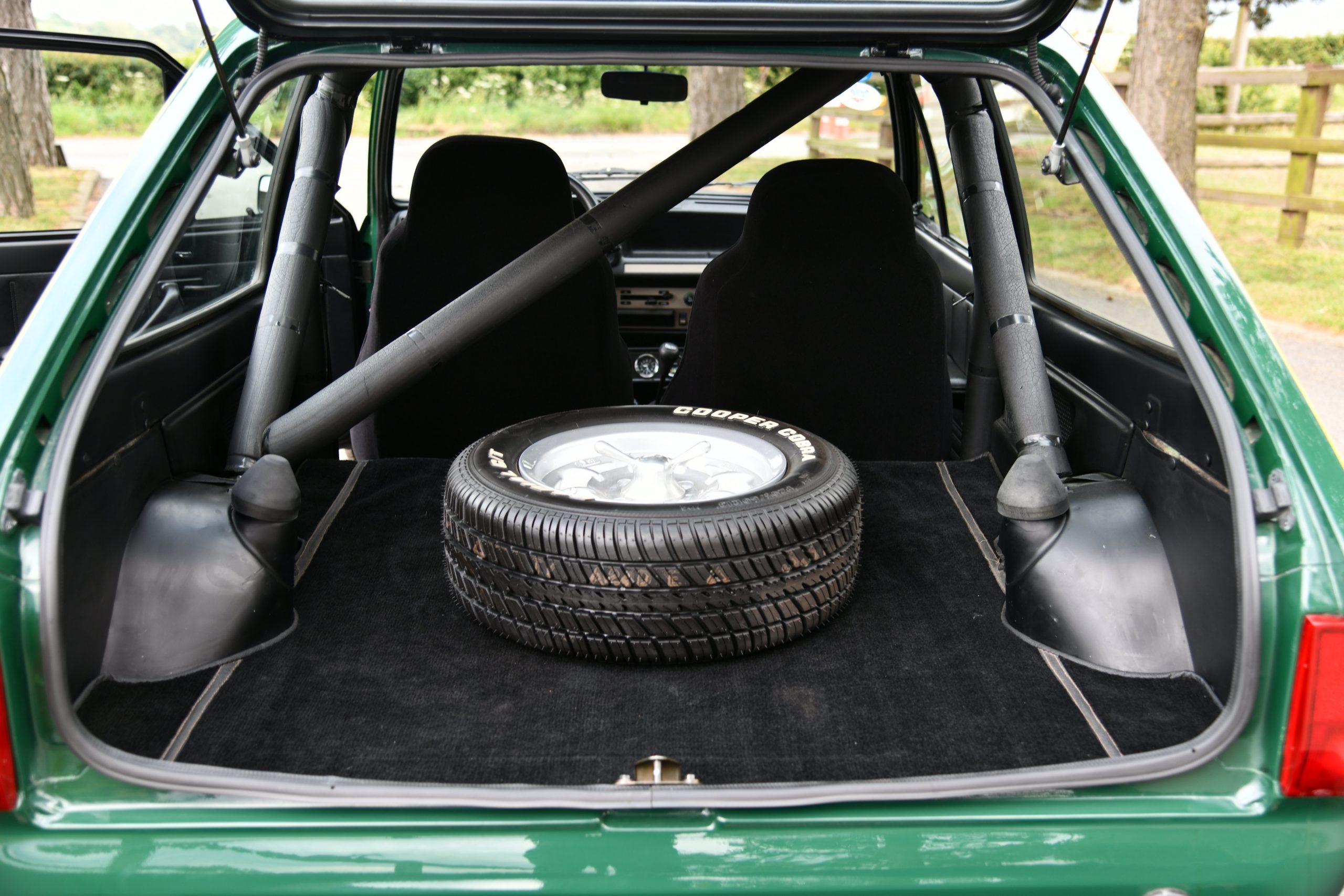 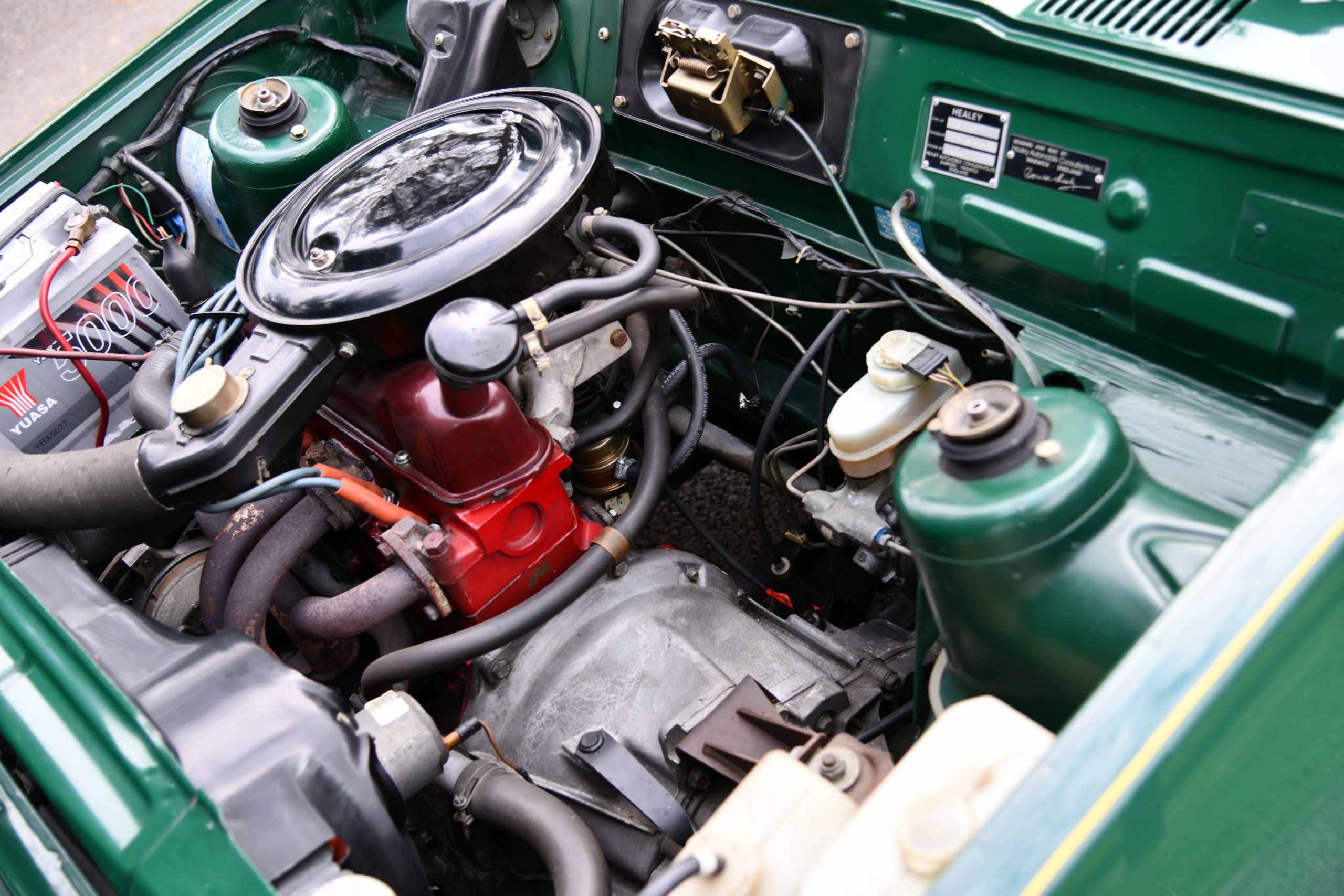 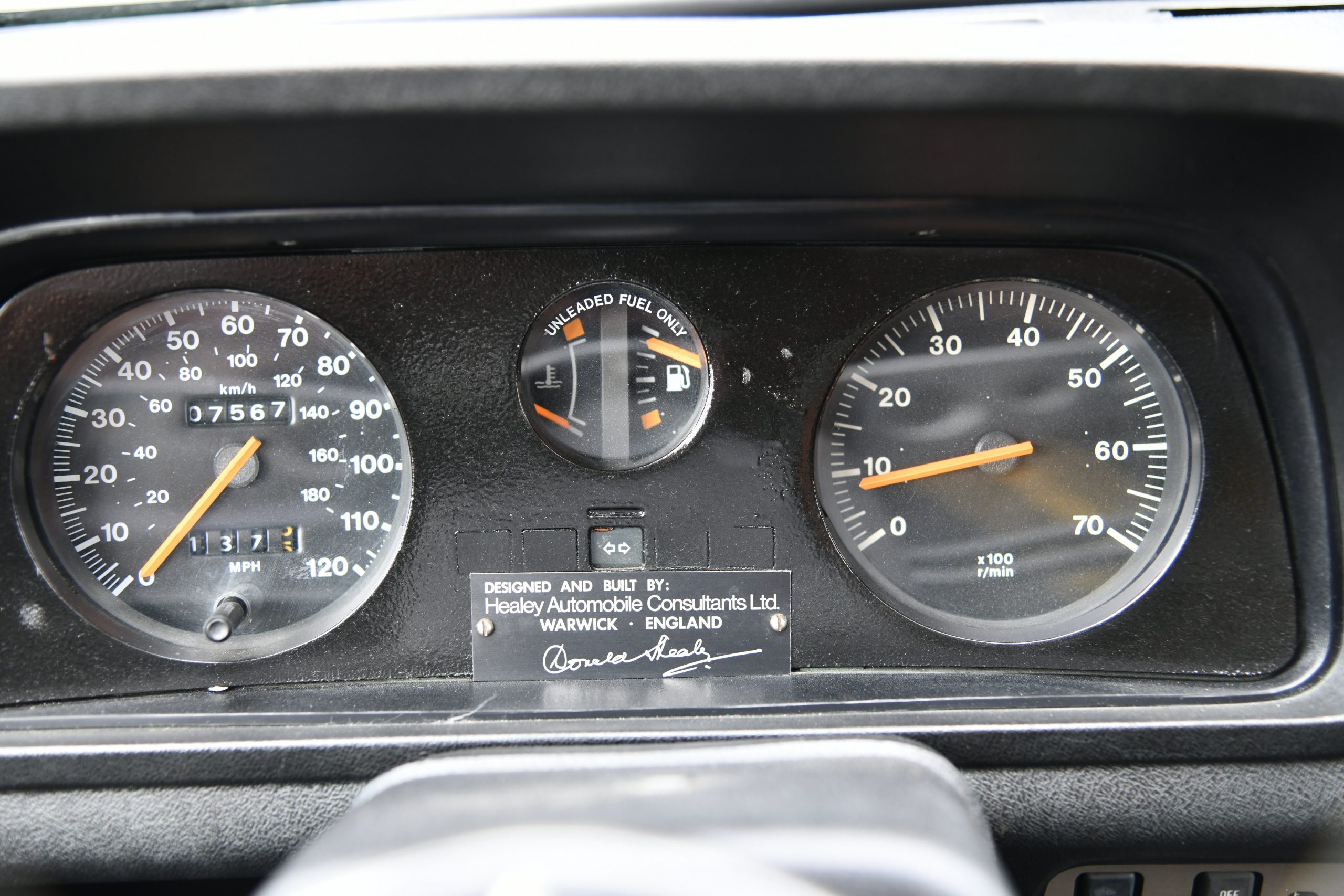 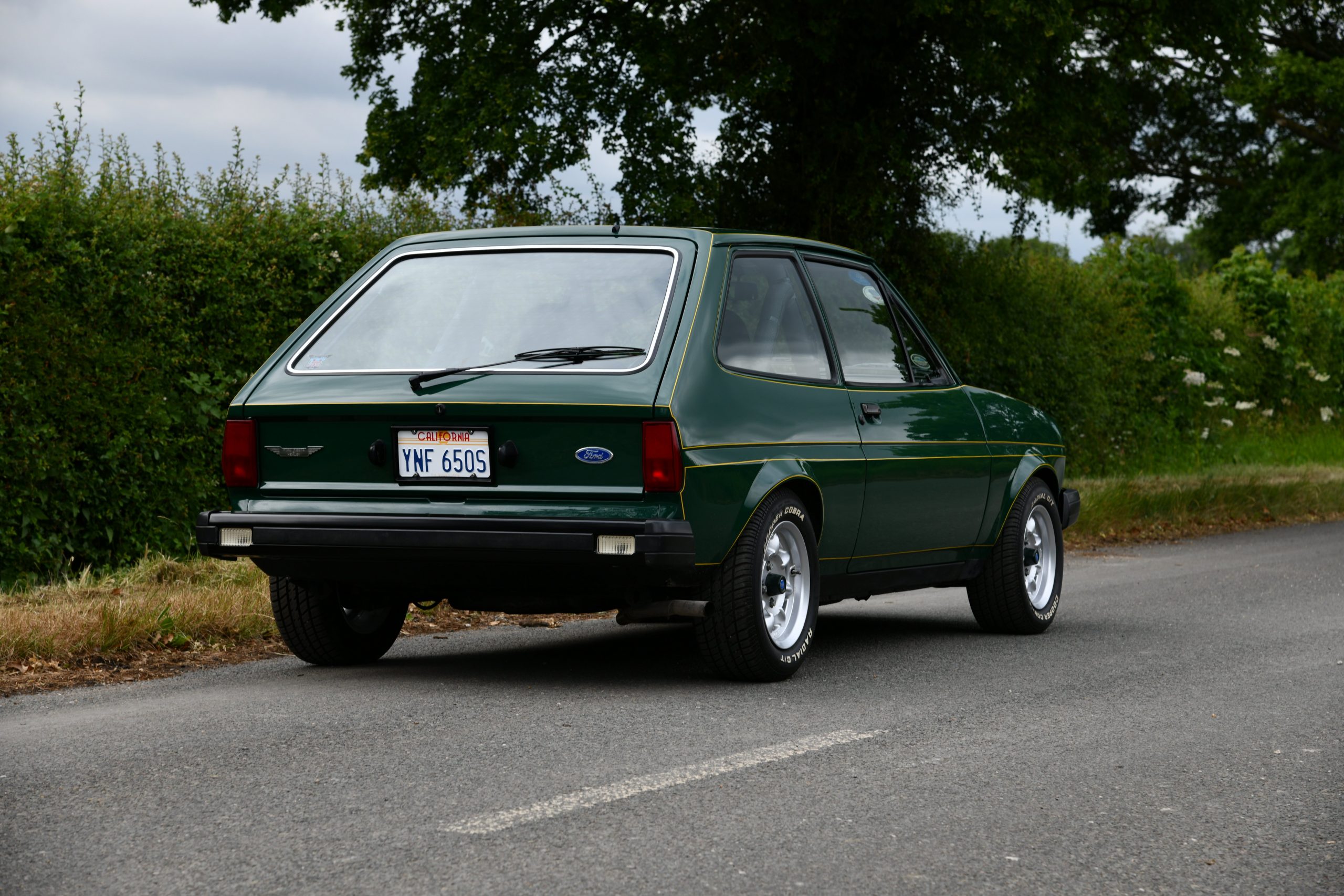 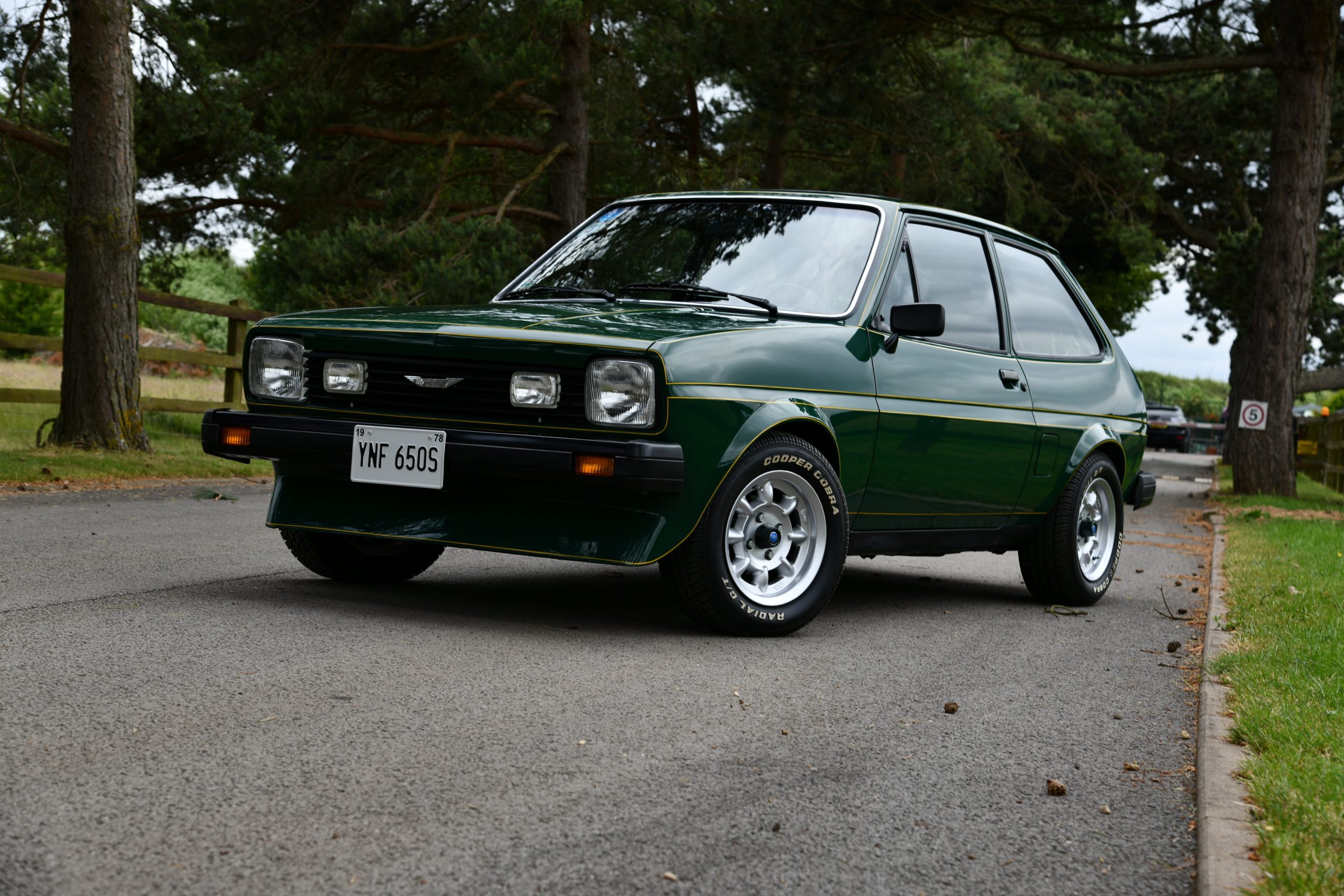