The secret cars of Ford

This livestream was shown on Thursday, 18 February.

How did one man manage to gain the trust of former Ford executives and designers and take readers on a tour of the inner workings of one of the world’s biggest – and most secretive – car companies? This is your chance to find out!

Pull up a chair and make yourself comfortable, as we chat with Steve Saxty, the author of Secret Fords – The hidden world of never-seen prototypes, one-offs and cancelled cars.

Saxty’s book is jam-packed with more than 300 pages spanning 100 different models that did and didn’t make it to to the showroom. It’s a sneak-peek into Ford, viewing some never-seen cars and hearing about the politics at play that meant some cars made it to production, others never saw the light of day.

Enthusiastically supported by both Ford and the significant figures who worked for the ‘blue oval’, it offers rare insight into the processes that go on behind the scenes, from global corporate politics to product planning, design pitches to wind-tunnel testing – and everything else along the journey from research to development.

The authoritative, self-published coffee-table hardback weighs almost as much as a Ford GT40. Its pages are filled with rarely seen, official photography from the Ford archives, in addition to imagery supplied by some of the key designers and engineers to have worked at Ford during their career.

With forewards from Patrick Le Quément, leading figure in Ford’s European design department, and Richard Parry-Jones, the man who pushed Ford to engineer its way out of mediocre product, the tone is set for an insightful journey behind the scenes of Ford. 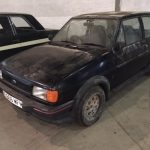 Is this rough Ford Fiesta XR2 ripe for restoration? 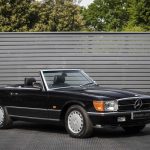 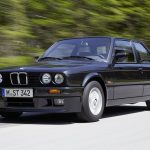