A custom Ferrari that bears more than a passing resemblance to a Mitsubishi Starion is to be auctioned at RM Sotheby’s Paris sale.

The Meera S was created by coachbuilder Michelotti for a member of the Saudi Royal family in the early 1980s, and currently resides in Dubai. Based on a 1980 400i the car was completely rebodied, and all we can see is Mitsubishi. The hidden A-pillars give the appearance of wraparound glass, and, uniquely, each pane including the side windows and rear window has its own wiper.

RM Sotheby’s calls it a ‘symbol of opulent 1980s design’, and they’re not wrong. The metallic white paintwork is a shade called Bianco Fuji – the Japanese references don’t just end with the boxy styling, apparently – and it contrasts heavily, perhaps too much for some, over a red and cream leather interior that’s certainly more vivid than anything you’d find in a Starion. And is it just us, or does that collection of instruments in the centre console look a bit like the famous Nakagin Capsule Tower in central Tokyo?

Okay, perhaps all this is a little unfair. There’s arguably some Clan Crusader in the Meera’s profile (wait, is that better or worse?), and perhaps some Reliant Scimitar SS1 in the details – another of Michelotti’s projects, incidentally.

Other innovations include a rear-view camera and dual-zone air conditioning. In 2010 the car underwent a massive £210,000 restoration by Ferrari Classiche (Maranello’s in-house classics and restoration department) and yet the auction estimate is between £75,000 and £95,000.

Still, the Meera S was apparently the last Ferrari to be designed by Michelotti. We can’t possibly imagine why, can you? 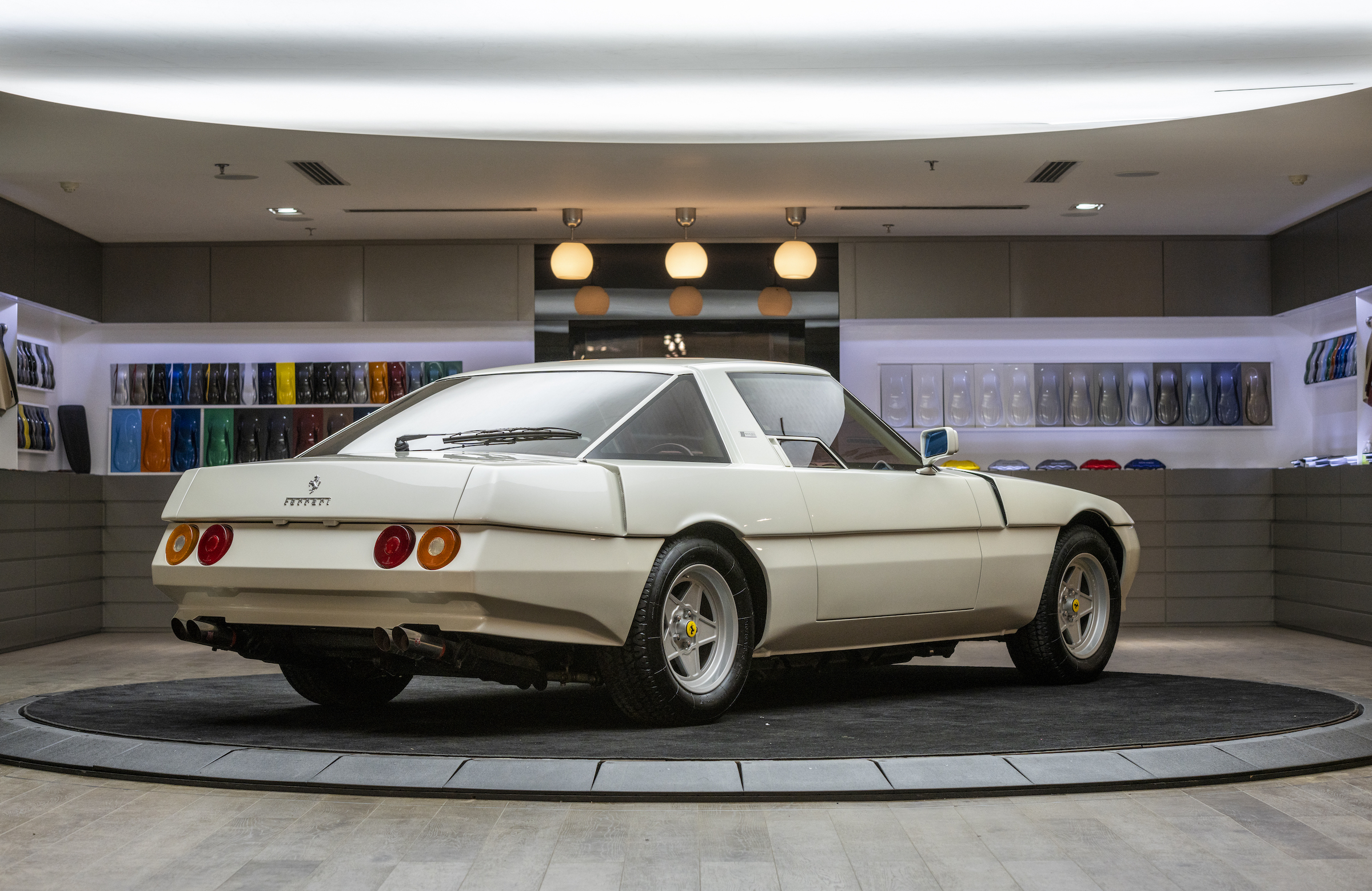