If you think Ferrari’s rivalry with other brands can be fierce, that’s nothing compared to the comparisons people draw between different generations of Maranello’s own models.

To spark debate among car people, try the following: Which is the best of Ferrari’s mid-engined V8 supercars? You could offer people the whole spread, from the Ferrari 308 GTB to the latest F8 Tributo, but to really get down to brass tacks, simply split the choice between the Ferrari F355 and the 360 Modena. And wouldn’t you know it, but in the latest instalment of The Next Big Thing, Magnus Walker does just that.

Walker might be best known for his passion for Porsches, but as previous videos in the series have shown, his interests extend to a wider spectrum too. The plutocratic luxury of the Mercedes-Benz 500 SEC last time out was one example, but this time it’s the turn of two 1990s Ferrari supercars.

You might already be familiar with the history of each, but here’s a refresher: The F355 was a comprehensive redevelopment of the 348 of the 1980s. The 348 lived under a cloud, criticised in the press for its tricky handling, but the F355 was a transformation in nearly every way, with more power from a new five-valve head, revised aerodynamics, improved suspension and higher levels of quality.

The F355 bowed out in 1999, replaced by the Ferrari 360 Modena. Here was an all-new car, the 355’s steel monocoque replaced by an aluminium spaceframe. The styling was curvier, the previous generations’ buttresses replaced with a glass engine cover, the interior more modern, and it was designed to be easier to work on too.

Walker, naturally, has managed to assemble a pair of manuals rather than the optional “F1” automated gearboxes of the time, making them perfect for a blast in the canyons above LA. But which of these V8, mid-engined Ferraris does he prefer?

Coefficient of drag has nothing to do with size | Know it All with Jason Cammisa
The Porsche 924 wasn’t born a Porsche. It became one. | Revelations with Jason Cammisa
Not bad for my first Ferrari! Driving the 375 Indianapolis at Goodwood 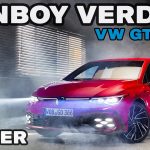 The Mk8 VW GTI isn't as good as its predecessor. | Revelations with Jason Cammisa 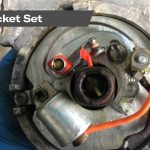 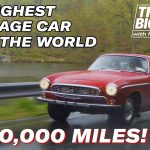