Opinion: Road pricing will cost us more than money

In political terms, “very interested” is a moveable feast, but according to Fleet Street, that is what chancellor Rishi Sunak is supposed to feel about road pricing. He should nip next door, as the Oxford classics scholar living in No 10 Downing Street (aka prime minister, Boris Johnson), will fill him in on the world’s first road-pricing experiment on the ancient road between Babylon and Susa in 668BC.

For road pricing, however distasteful, is an idea that refuses to go away. We’ve endured it since medieval times when it was called pavage and with the 17th century turnpike roads with their toll houses many of which can still be seen. After the 1888 Local Government Act, however, road funding was largely funded through vehicle excise duty (VED) and fuel tax. At the last count, there were more than 20 toll roads in the UK, including 18 river crossings, but also the M6 toll road and congestion road pricing in Durham and London.

Chancellor Sunak of course is most ‘interested’ in making up the projected shortfall in Treasury receipts from motoring taxes as zero-rated electric cars and vans join the UK motoring parc all filling up with zero-rated volts. This trend would be speeded of course, by the proposed advance of a total sales ban on new petrol and diesel cars from 2040 to 2030.

UK motoring taxes raise almost £40 billion a year, 70 per cent of it in fuel tax. In the last 20 years prior to the Covid implosion, fuel duty had dropped from 2.2 per cent of gross domestic product to 1.3. And, according to the Institute For Fiscal Studies, it will drop to effectively zero as the government heads to ‘net zero carbon emissions” by 2050.

Road pricing isn’t just about money (though it mostly is), congestion is also a factor. In 2018, transport consultant INRIX published a report showing the average British driver spent 178 hours stuck in jams a year, costing each one £1,317 in lost time, which annually loses the British economy £7.9 billion.

But the UK has a rocky path towards road pricing, starting with Reuben Smeed and his eponymous 1964 report. Smeed recommended road pricing as a fair alternative to the road duties introduced in 1933-4 as part of the Salter report and still in use today. Yet no government has ever dared introduce it.

Road pricing has an economic simplicity beloved by academics, utopians and environmentalists, but it’s politically dangerous. Even the pro-road pricing Institute for Public Policy Research’s 2006 study Steering Through Change admitted that “despite a broad ‘elite’-level consensus on the principle of road pricing in the UK, public attitude arguably remains the key barrier to its introduction.”

Road pricing, like the Nineties poll tax, is not a vote winner.

The last major attempt to introduce a scheme was in 2005, when chancellor Alistair Darling and his collaborator Professor David Begg tried institute a national road pricing scheme modelled on their disastrous Edinburgh traffic ban which was disbanded soon after its introduction. The scheme attracted widespread opposition and a 1.8 million-signature opposition petition. In the end, prime minister, Tony Blair threw in the towel admitting the scheme was “kamikaze politics”.

It’s not just political, either. The hardware and software required to monitor all UK traffic movements, would be unbelievably difficult to engineer and the UK’s history on smaller mass computerisation schemes is littered with hubris, over ambition and cost overruns – World Beating Test&Trace anyone?

Moreover, the records held at the UK’s Driver Vehicle Licensing Agency are known to be flawed and what about the unregistered and uninsured drivers who would bypass such a system?

While proponents of road pricing point out that mobile telephones, fitness trackers and even credit cards monitor our movements, there is a general unease with the idea of tracking our every journey. Road pricing has been likened to an Orwellian Big Brother scheme, especially after the data harvesting habits of the UK and US secret services revealed by Edward Snowdon.

There are also societal concerns about the effect of road pricing on older and poorer folk, those living in rural areas (or without the benefits of an MP’s expense account) who might be priced and frightened off the roads, as well as the creation of digital rat runs. And do we really trust politicians not to use it as a revenue-raising device just as has been done in Norway?

And what about classic cars? The numbers are small, with DfT figures suggesting that the number of licensed pre-1970 cars in the UK at just 138,300, but they are an important part of our industrial history and need to be used and seen. There are many more ‘modern classics‘, though, that lack the onboard technology to be monitored by a spy in the sky.

“The trouble with company cars is they have trackers,” says James Bond (Daniel Craig) in the 2012 movie Skyfall, as he opens a lockup to reveal his faithful Aston Martin DB5 charger.

Fact is, old cars don’t have trackers, some don’t even have electrics to speak of, which means to make something like a national road-pricing scheme work, owners of cars without the necessary communication equipment will have to carry a tracker or pay up front before driving their cars. Given that the average mileage of these cars is so small with most insured on that basis, is it worth it, especially as their owners all have votes, too?

It might not be the only issue facing classic car owners out of the forthcoming ban, however. “We might have bigger fish to fry with this issue,” says Wayne Scott spokesman for the Federation of British Historic Vehicle Clubs (FBHVC), “such as how we get fuel after 2030 and whether it will still be made.”

“That’s what you might expect,” says Scott, “especially as classic vehicles are responsible for less than 0.2 per cent of all road miles, but we are very keen to be seen as paying our way and not an exception as that might affect our freedom to drive on the roads.”

Road pricing’s appeal to the Treasury and money men such as Sunak is clear, it’s pure Adam Smith economics; the allocation of scarce resources (uncongested road space and unpolluted air) with price mechanism. But the reality is a lot more controversial. The Queen’s Highway is a peculiarly precious idea in British Society; freedom of movement and association have been hard won in our society and are not easily or simply returned back to our masters.

Prior to Covid, road pricing would have pushed the power of Governments to restrict travel far more than it dared go before. Has Covid and the climate crisis softened up public opinion enough to allow its introduction?

“Never let a good crisis go to waste,” said Winston Churchill, Boris’s hero, but even if the Covid crisis has changed everything, do we really want to establish such an overwhelming level of surveillance and control by governments as well as the sheer embuggerance and cost of road pricing?

Best ask your MP on that. 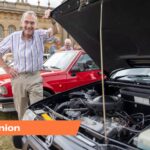 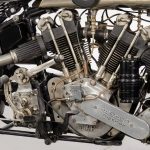 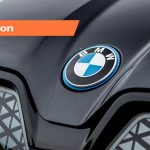