Things have gone well in life if you can afford a Ferrari – but if you want more than what the factory options list can provide, Maranello will oblige.

Yes, Ferrari offered the Enzo in a range of shades over its eventual 493-unit life, but the car built to celebrate Ferrari’s 60 th anniversary was most recognisable in red (“Rosso” or “Rosso Scuderia”).

The most valued Prancing Horse customers – above and beyond even those who bought F40s and F50s, to whom invitations to buy Enzos were originally extended – could have their cars built in special colours if they wanted; that’s how this 2003 car, offered for 24 hours (29-30 June) by RM Sotheby’s at no reserve, came to be. Hidden away for most of its life, its existence debated online, a Ferrari Classiche certificate confirmed its specification; it will now find a new home via internet bids.

Painted in a shade of white known to Ferrari as “Bianco Avus”, it was part of the “Extracampionario” (special order) programme of Ferrari models finished in non-standard colours. Its 6.0-litre, 651bhp V12 was, of course, retained; contrasting black leather seats were specified in the cabin by its first owner, a German-Swiss billionaire.

It lived in the land of chocolate and cuckoo clocks until 2011, when it was exported to Hong Kong. Apart from servicing (now fully up to date) it wasn’t driven there, having recorded just 9600km (5965 miles) during its previous life in Switzerland.

What price a factory white Enzo, though? The absolute record for the model, the last made officially, was set in 2015 by RM Sotheby’s, which sold off the 400th car built for Pope John Paul II (who auctioned it off for charity).

Hagerty’s valuation tool, in the meantime, puts a condition 1 (concours) Enzo at $3,850,000 (approximately £3.1 million). Expect a one-off factory colour car to fall at least between this amount and the charitable result achieved by the Pope’s Enzo, but it’s a no reserve auction – who knows what it could manage?

Market analysis: 2021 was the year of the F40
The Maserati MC12 was a Ferrari Enzo that went racing
Cars That Time Forgot: ASA 1000 GT, the ‘baby Ferrari’ 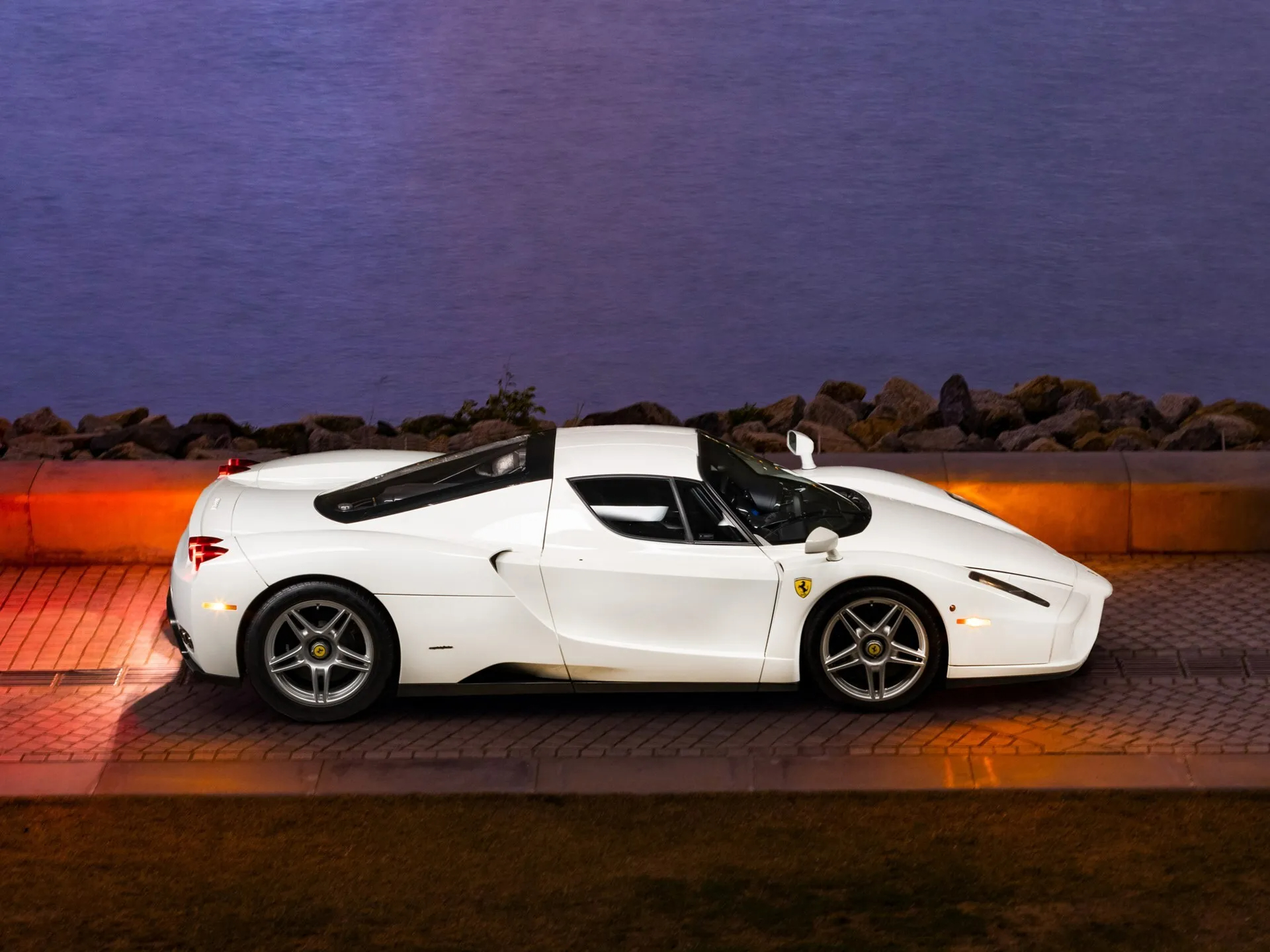 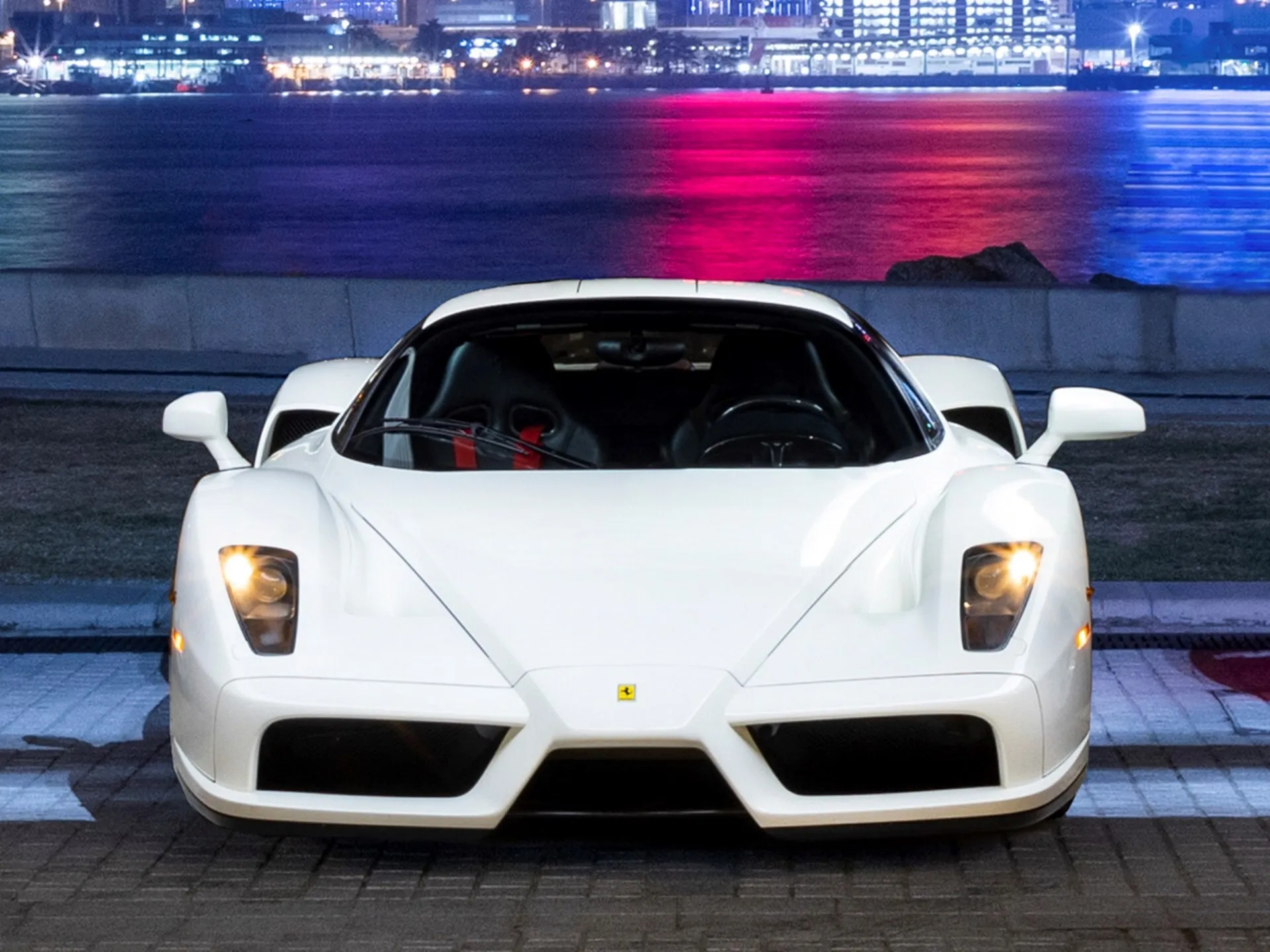 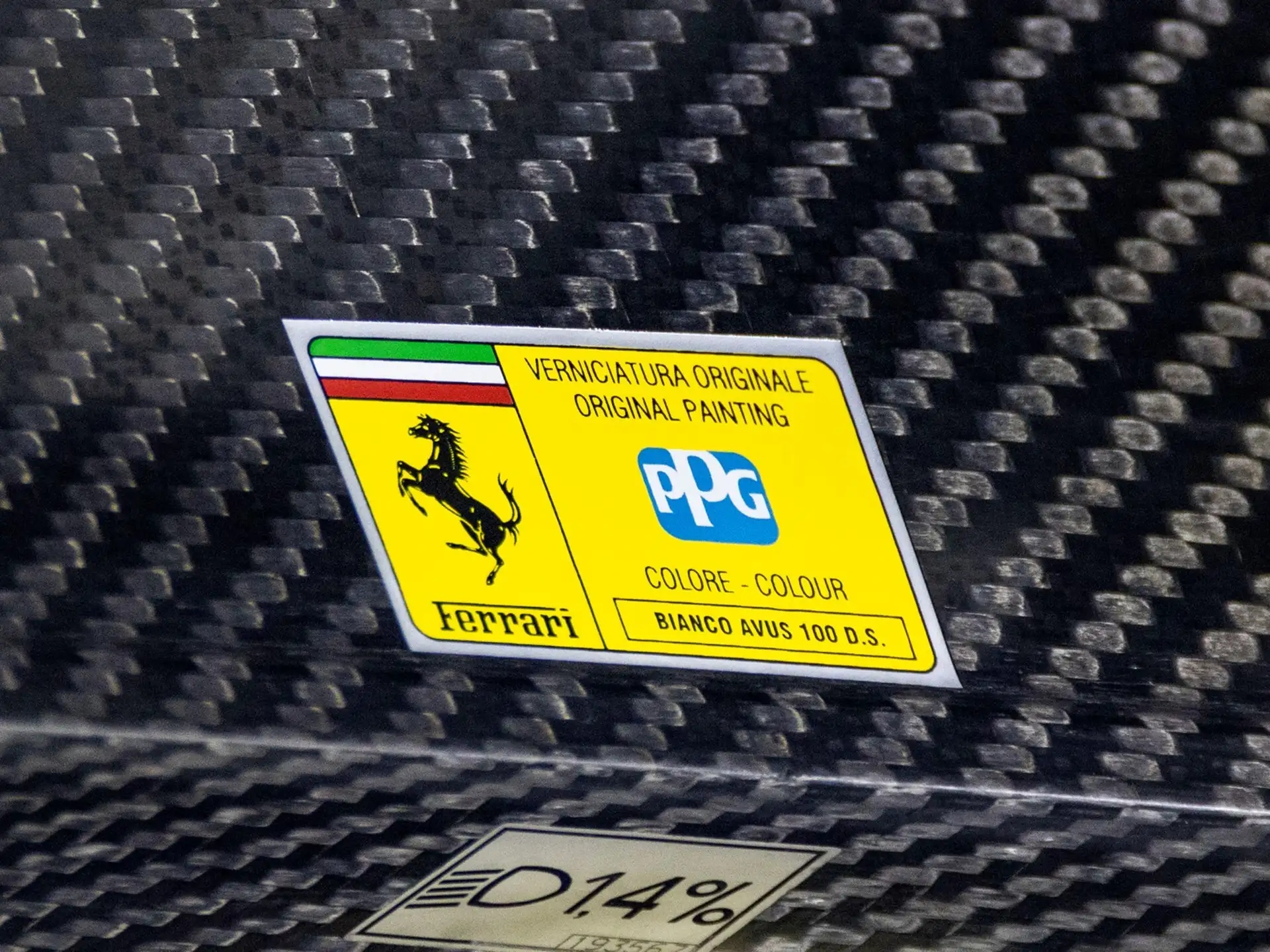 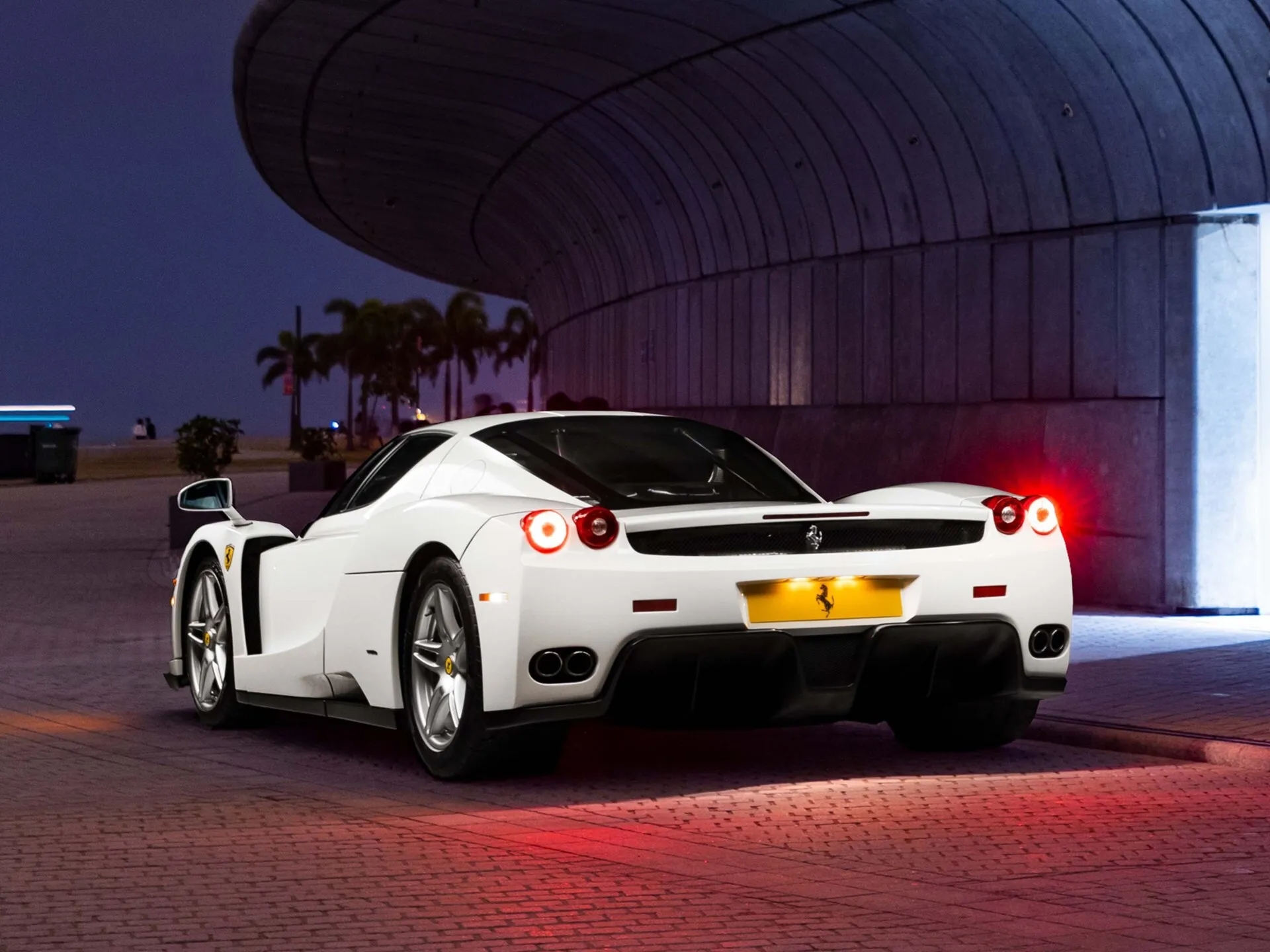 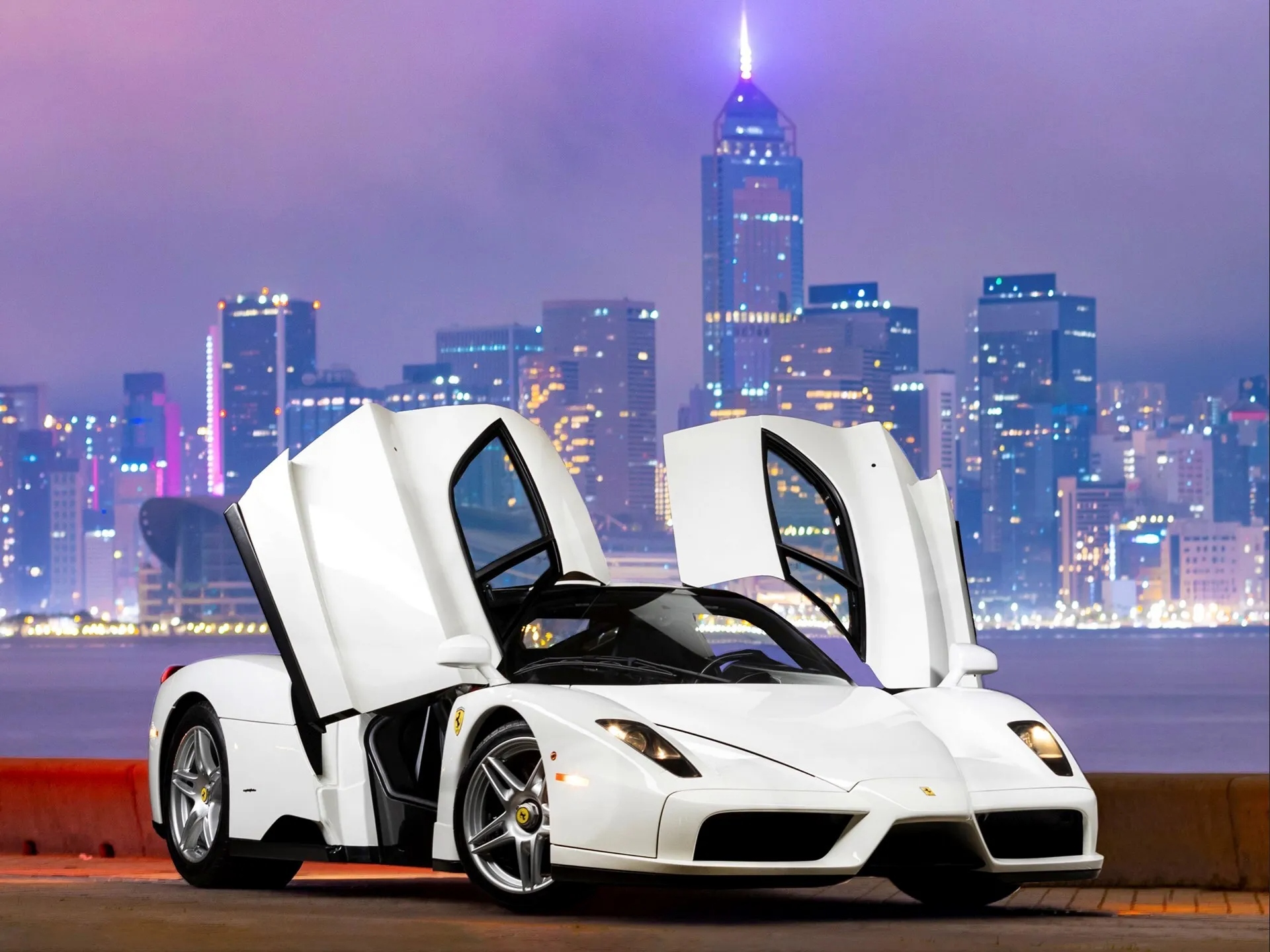