If you’ve spent any time watching Formula 1, or indeed motorsport disciplines like the BTCC, rallycross and numerous others, Murray’s voice will be as clearly defined in your memory as the noise of a Renault V10, and it’s telling that he remained as popular and beloved twenty years after retiring from frontline commentary duties as he was at the height of his career.

His passing was marked on social media with a mixture of sadness but also memories of the joy he managed to bring everyone from peers to drivers to fans.

F1 drivers themselves were among those remembering Murray. Lewis Hamilton’s F1 career started after Murray had already retired but still enjoyed his commentary as a fan of the sport growing up.

Jenson Button meanwhile chose to share a video of Murray commentating on one of his father’s rallycross races from 1979.

If you watched F1 in the 1990s you can probably hear the excited words “Damon Hill” in your head. From the emotionally commentated race in Japan in 1996 to the Pizza Hut advert Damon Hill shared some great memories with the commentating legend.

Racing organisations across the spectrum expressed their sadness for Murray’s passing, but also highlighted a few great memories (and ESPN squeezed in a few spectacular quotes)…

…while journalist Matt Bishop remembered one of F1 Racing magazine’s most popular covers.

Some outlets, including the BBC, paid tribute to Murray with archive footage that not everyone may be familiar with, such as this clip of Murray finally getting to drive an F1 car.

It’s also though been a joy to see photographs from earlier in Murray’s life – a less well-known aspect was his service to the country as a tank commander during the Second World War.

But we’ll end with this example from photographer Drew Gibson of the Murray people knew from his thousands of interactions with others over the years – all illustrating just what a brilliant person he was. 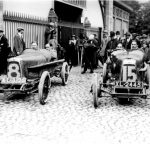 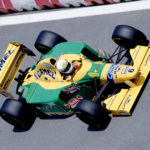 The need for speed: buying a classic Formula 1 car 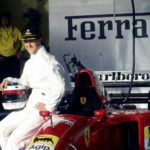