Alternators are a lot like washing machines. They work hard, are exposed to heat and moisture, never get serviced and are generally ignored by most of us until one day, the car won’t start. The most likely causes are a dead battery, poor battery terminal connections or a failed alternator. If the alternator stops working, the battery is delivering electrical power to all of the car’s electrical circuits including the ignition, but that energy isn’t being replenished and the battery goes flat.

If your classic is a young ‘un, by which I mean something build from the early 1960s, chances are it will have an alternator. Before that, charging was done by a dynamo. Dynamos are generators producing a DC current, the voltage of which has to be controlled by an electro-mechanical voltage regulator as the engine speeds up.

Alternators are extremely reliable but like all things, will eventually fail with age. The electrical current is conducted from the windings of the alternator’s rotor (the bit that spins) via carbon brushes spring-loaded onto slip rings on the shaft. These can wear or become faulty or more likely, the diode pack on the back of the alternator can just give up.

If the battery isn’t producing enough power to turn the starter motor or if it goes completely flat, the cause could be a faulty alternator producing too little charge current or typically, none at all. An obvious indication is that the charging light stays on with the engine running but to be sure the alternator is charging you’ll need a multimeter.

To check your alternator, fully charge the battery to make sure the battery itself isn’t faulty and preferably do a voltage check by removing the battery, charging it and leaving it for 12 hours. If after that time the voltage is showing around 12.6 volts then all is well, if it’s lower than that and certainly below 12 volts, then the battery isn’t holding its charge and needs replacing.

With the battery installed back in the car, set the scale on your voltmeter to the next increment above 15 volts, say 20 volts. Start the engine and with lights and any other electrical services like the radio turned off, check the battery voltage with the engine running. It should have risen to around the 14 volts mark (14.2 is good). If the voltage doesn’t change the alternator isn’t charging.

The diode in the regulator circuit allows current to flow in one direction but not the other. This ensures that while the alternator can charge the battery, the battery can’t discharge through the alternator to earth and go flat. If you’re competent at fixing things and want to know whether this is the cause – maybe the alternator is a specific type on a classic that you want to retain – you can check for a ‘parasitic drain’ caused by the failed diode pack.

Move the positive (red) lead of your multimeter to the socket which measures the highest number of amps (there will also be one for milliamps – don’t use this or your meter will go pop) and make sure the ignition is off with the doors shut. If your battery is in the boot and your car has boot-switch operated boot lights, remove the bulbs or tape over the switch if it’s visible.

Once that’s done, disconnect the negative terminal. Either positive or negative works but using the negative terminal avoids risk of a short to ground which will damage your meter. Connect the meter across the terminals and you should see a figure indicating less than 50 milliamps or so. If the reading is a number of amps and all other circuits are turned off, the likelihood is that the diode has failed in the alternator and is shorting to earth causing the drain on the battery.

Diode packs can be replaced if you choose, although it’s easiest to fit a new alternator. There is a chance that the parasitic draw is due to some other circuit being closed for any reason, but if the ignition light is on as well, then you can reasonably confident that you’ve identified the fault. 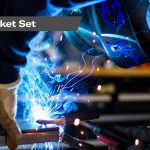 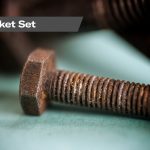 Socket Set: Refurbishing fixings when they can't be replaced
A story about
DIY Maintenance and gear Socket Set