In 1989, Honda introduced a powerplant that was, effectively, two engines in one. It combined low-rpm drivability with high-rpm power. Its four-cylinder B16A produced 160 horsepower from just 1.6 litres – 100 horsepower per litre – an unheard-of power density for automotive engines. By comparison, the Chevrolet Corvette’s V8 made 245 horsepower from 5.7 litres, and even BMW’s high-strung four-cylinder M3 engine – 192 horsepower from 2.3 litres – didn’t match the Honda. Unlike nearly all high-performance engines, Honda’s B16A provided excellent fuel economy, low emissions, easy starting, a smooth idle, and ample low-rpm torque. How did Honda do it? VTEC.

VTEC is an acronym for Variable Valve Timing and Lift Electronic Control. This system operates the valves to maximise fluid flow into and out of the engine over an uncommonly wide rpm range.

The genius behind VTEC is how it optimises the resonance effect of fast-moving air. Engines produce power by compressing air and adding fuel and spark at opportune moments. Pumping large quantities of air through the intake manifold to the cylinders is no easy feat. Air is capricious – reluctant to flow where it’s desired – but the more air that enters each cylinder, the more power an engine can produce.

Like water, air has mass. But unlike water, air is compressible. When air is blown through a saxophone or trombone, the internal vibration – called resonance – is what we hear as music. Achieving resonance inside an engine is how engineers maximise power and torque.

When the intake valve opens during the piston’s downward stroke, air residing in the intake manifold begins its trip through the engine. Unfortunately, air is hesitant to move until pressure within the cylinder drops well below the atmosphere’s 14.7 pounds per square inch (or 1013 millibars, the sea-level norm). Once airflow begins, it’s rudely halted when the intake valve closes at the beginning of the compression stroke. The column of inbound air smacks the closed valve, sending a pressure wave back through the manifold. This wave resonates (bounces back and forth) at the speed of sound. If the engine designer has optimised the shape of the intake passages and properly timed the intake valve’s opening and closing, resonance will pack each cylinder at greater than atmospheric pressure, yielding a power boost with no help from a turbo- or supercharger.

Regrettably, this fruitful resonance only occurs over a range of a couple hundred rpm. Where and when maximum resonance occurs can be tuned by the configuration of the intake manifold and by tailoring the opening of each intake valve.

Engine designers juggle valve operation with 101 other variables such as the shape of the combustion chamber, the bore-and-stroke ratio, the design of the piston dome, and the valve diameters. Every design variable involves a compromise of some sort, affecting cost, durability, and performance. Valve timing that augments torque at one rpm range inevitably diminishes output elsewhere.

Consider, for example, valve overlap – when the intake and exhaust valves are held slightly open for a short period at the beginning of the intake stroke. Overlap allows spent gases exiting the cylinder to help draw fresh air from the intake manifold to fill the void created by the descending piston. Overlap works beautifully at high rpm. Unfortunately, at low rpm, the random mixing of exhaust gas and fresh air yields rough running and a rowdy idle. Every engine designer’s dilemma is choosing between a chugger that’s smooth and polite throughout the bottom half of the rpm range and a screamer that knocks your hat off in hot pursuit of the redline. Under most circumstances, you can’t have both. Or can you?

The first VTEC engine sold in Japan in the 1989 Honda Integra XSi provided two distinct cam profiles for every valve, allowing the engine to perform superbly well at both low and high rpm. Engineers around the globe hardly noticed, but the breakthrough left an indelible impression on Honda fans. An enthusiast from the online forum The Temple of VTEC later called the Integra XSi “the irresistible seduction of a race-tuned, high-revving street car on an unsuspecting public.” VTEC was Honda at its technical best, no surprise to anyone familiar with the company’s history.

Founder Soichiro Honda was late to the transportation game. After a B-29 bomber levelled one of his piston-ring factories during World War II, an earthquake destroyed his second plant. Out of desperation, Honda built and sold motorised bicycles powered by surplus generator engines. He established the Honda Motor Company in 1948. Takeo Fujisawa joined the company in 1949 as managing director. With these men at the helm, Honda Motor became Japan’s dominant motorcycle maker in 1955; by 1959, Honda had become the world’s largest motorcycle brand.

At the founding of the company’s R&D centre in 1957, Honda declared, “We must win through our own technology, no matter how hard it is to develop.” He wasn’t kidding about developing or winning. Team Honda began competing in European Grand Prix motorcycle racing in 1959. Seven years later, it swept the field with five championships in classes from 50cc to 500cc.

In 1965, Team Honda won the 11th Grand Prix race it entered – against Ferrari, BRM, Lotus, and others – with its screaming RA272 driven by Richie Ginther in Mexico City. The 60-degree V12 sitting behind Ginther was a thing of intricate beauty, with a dozen vertical intake trumpets, 48 valves, and tiny pistons oscillating through 1.85-inch (47mm) strokes. Main and rod bearings were fitted with needle rollers to minimise friction. An elaborate aluminium casting contained the cylinder block and a six-speed transaxle. Power peaked at 12,000 rpm with 230 horses, and this 1.5-litre engine revved to 14,000 rpm. Driver Dan Gurney estimated that the Honda V12 enjoyed a 40hp advantage over the field. Some 20 years after that first F1 win, Honda dominated the premier car-racing series. Of the 32 races in 1988 and ’89, Honda-powered McLarens won 25 of them.

Honda was on a roll when the team responsible for inventing VTEC began work in 1984 on a roadgoing, high-output powerplant. Engineer Ikuo Kajitani headed the effort. He concluded that the best way to meet these ambitious goals was a mechanism capable of adjusting valve timing on the fly.

Kajitani, who joined Honda R&D in 1972, worked on several interesting projects: a turbocharged engine for the 1983 City, a DOHC 16-valve four-cylinder for the ’85 Civic and Integra, an SOHC 16-valve engine for the ’87 City, and an engine calibrated to run on natural gas for American editions of the ’96 Civic.

Honda’s 1983 CBR400F motorcycle had the ability to switch from two to four valves per cylinder on demand. Cadillac’s very first engine, in 1903, featured variable intake-valve lift, and Alfa Romeo introduced variable valve timing in 1980. But the Honda team’s ambition was to operate all the valves continuously by means of two different profiles to vary timing and lift. One profile would be optimised for low rpm, the other for high rpm.

More than 100 Honda engineers pondered design possibilities for three months. The 8000-rpm redline target was 1200 rpm higher than that of Honda’s then current 1.6-litre DOHC engine. The team concluded early that some 30 new technologies would be required to meet performance and durability goals.

Early tests were problematic. An experimental engine with a narrower-than-normal angle between its intake and exhaust valves in pursuit of more low-rpm torque snapped valve springs and the timing belt at peak rpm. The Japanese version of “back to the drawing board” became a common refrain.

To merge the attributes of a low-rpm engine with those of a high-rpm design, Kajitani’s team focused on this arrangement for further development: three cam lobes operating each pair of valves, or a total of 24 lobes for the new 16-valve four-cylinder engine.

At low rpm, two outboard lobes operated one pair of valves through rocker arms. When more-aggressive valve timing was desired to optimise high-rpm performance, the third cam lobe centred between each pair of valves came into play. Inside the middle rocker arm, 10-mm (0.39 inch) plungers forced by oil pressure slid horizontally to lock the three rockers together, causing the pair of valves to open and close according to the centre cam lobe’s more aggressive profile.

Reducing the plungers’ oil pressure allowed return springs to retract the plungers into the centre rocker arm, thereby returning valve operation to the milder outer cam lobes. The changes in oil pressure were commanded by an electronic controller monitoring various operating parameters such as rpm, throttle position, and coolant temperature.

Even though the concept was sound, making 30 new technologies work demanded fastidious attention to detail. Pistons would be subjected to higher inertia and temperature loads. Connecting rods needed to be tougher and lighter to support ultra-high rpm operation. The sprockets and the belt driving the dual overhead camshafts were also heavily loaded at peak rpm. Kajitani’s team set a target of 400,000 switching events for the rocker-arm durability.

To lower the cam-belt loads, engineers trimmed the weight of the driven pulleys with thinner sections and made them out of a higher-strength sintered-alloy material. In pursuit of better breathing at high rpm, intake valves were 10 percent larger in diameter. Low-rpm torque was improved with cam lobes that closed the intake valves a few degrees earlier than normal. Exhaust-valve heat resistance was raised by 30 per cent by using alloy steel containing molybdenum, titanium, and tungsten. Thinner stems and shape revisions trimmed 20 per cent from each exhaust valve’s weight. Making the hard-working camshafts out of heat-treated high-carbon, high-chrome cast steel helped them withstand rocker-arm loads that were 40 per cent higher. To enhance high-rpm airflow, engineers employed valve timing and lift specifications formerly reserved for race engines.

About the time Kajitani concluded that the B16A engine could reliably produce 140 horsepower, or 90 horsepower per litre, a typically Japanese interaction transpired. His boss, Nobuhiko Kawamoto, then the president of R&D and later Honda Motor’s CEO, suggested, “Why don’t you raise your target to 100 horsepower per litre?”

After achieving that target in April 1989, Kajitani’s next mission was spreading this advanced technology throughout Honda’s global product line, starting with the Japanese Integra, some Civics and European CRXs later that year. By 1991, nearly five per cent of Honda engines used VTEC, rising to 80 per cent by 2001. Variations included SOHC designs, three-stage versions, and VTEC combined with variable cam phasing (i-VTEC).

In Britain, the first car to feature VTEC was the CRX. In America, the introduction to VTEC came with the stunning 1991 NSX. Aluminium bodywork and forged aluminium suspension components minimised weight. The 3-litre DOHC V6 had an aluminium block and heads, titanium connecting rods, forged aluminium pistons, a two-stage magnesium intake manifold, and an 8000-rpm redline. Peak output – 270 horsepower – missed Honda’s 100 hp/litre target, but given the $60,600 base price, gorgeous design, and stirring performance, there were no complaints. Car and Driver’s Patrick Bedard called it “the first mid-engine sports car that doesn’t behave like a parole violator.”

The NSX’s engine is endearingly bimodal. Below the 5500rpm torque peak, this V6 is smooth, sweet, and tractable. Above 5500, it’s a tiger closing in for the kill. The shriek during the final 2000rpm surge to the 7800rpm redline is what made it the shrewd buyer’s satisfying alternative to a Ferrari.

Competing automakers took about a decade to mimic VTEC, and now Porsche, BMW, General Motors, and others employ some system of altering valve operation.

But still, none of those systems enjoys the reverence that VTEC does. Those four letters are sacrosanct in the Honda community, perhaps no better illustrated than by the websites devoted to them.

Via Hagerty US. This story was originally published in the Hagerty Drivers Club magazine, in America. 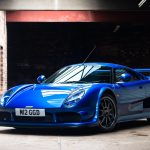 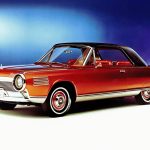