Before the Stratos put Lancia on the rallying map, the humble Fulvia taught it the ropes

When the East African Safari Rally roared through Dar es Salaam, Tanzania, in 1971, the event fixed itself forever in the mind of fifteen-year-old Thor Frohn-Nielsen. The famous silhouettes of lifted Porsches thrilled him, as did the clouds of dust raised by wide-arched Ford Escorts slewing through corners. Even Peugeot’s slightly dowdy 504 took on some magic as it bounded across the course. A lesser-known marque, however, caused him to raise his camera and snap a blurry photo. If the Porsches were greyhounds, this was a dock-tailed terrier of a car – a Lancia Fulvia.

1971 marked Lancia’s sixth year back in motorsport since it exited Formula 1 (with no great success) in 1955. By 1992, the Italian company would become the most successful manufacturer to ever participate in the World Rally Championship (WRC), led by the enigmatic and persuasive Cesare Fiorio. Most credit Lancia’s success to the Stratos (three consecutive wins, 1974–76) and the Delta (six championship wins, 1987–92), but before either car put Lancia in the record books, the humble Fulvia taught it the ropes. Thanks in part to that vivid 1971 memory, Thor Frohn-Nielsen is one of the people keeping these cars and their history alive.

Upon settling on Canada’s west coast, Thor Frohn-Nielsen raced Morgans at Westwood Motorsports Park on the slopes of Eagle Mountain in British Columbia. When Westwood closed in 1990, he turned his attention to Saabs. He never forgot about that spritely Fulvia ripping through the sub-Saharan desert, however – though he easily could have.

Lancias were never common in North America, though most fans of Italian cars knew the headlines. How could you ignore the Stratos, preferably one clad in red, green, and white Alitalia livery, mid-flight during an Italian gravel rally stage? Perhaps your personal hero was Walter Röhrl in his Lancia 037, the last dominant rear-wheel-drive rally car before Audi’s all-wheel-drive Quattro arrived. Europhiles can trace the marque’s history even further back to the gorgeous Aurelia B20 GT driven by the fictional Arturo da Milano in one of Hergé’s Tintin adventures, The Calculus Affair. (Sorry, that’s Arturo Benedetto Giovanni Guiseppe Pietro Archangelo Alfredo Cartoffoli da Milano. A properly aristocratic Italian name for a properly Italian aristocratic marque.)

But if the Aurelia possesses the glamorous air of 1950s Alfa-Romeo, and the mid-engined Stratos boasts a competition pedigree of which the similarly wedgy Countach could only dream, what about the Fulvia?

The Fulvia might be tiny – about the same length as a Mk1 Mazda MX-5, and narrower – but it carries all the prestigious engineering for which the Lancia name once stood. Founded in 1906 in Turin, Lancia’s early models continually featured advanced technology for their day. The B20 GT boasted one of the first V6 engines ever fitted to a production car. Its design was overseen by ace engineer Vittorio Jano, architect behind some of the greatest Grand Prix cars campaigned by Alfa Romeo (and later by Scuderia Ferrari).

The Fulvia is a worthy continuation of the Aurelia’s mechanically impressive lineage, powered by a compact, narrow-angle V4 with both cylinder banks tucked under a single aluminium head. The motor sits far forward, canted at a 45-degree angle to clear the bonnet, with chain-driven overhead camshafts. The transmission tucks up close behind, a dogleg five-speed in this later 1972 1600 HF model. Power is around 115bhp – plenty frothy for an early-1970s small-displacement engine, especially one with a 900kg kerbweight.

Dr. Antonio Fessia was responsible for infusing the sense of historical pride into the Fulvia. He made a number of decisions that would have frustrated the accountants at any modern automaker, refusing to shy away from unconventional design, complex engineering, or an expensive variety of body styles. A saloon came first. Though not particularly exciting (more staid Volvo than svelte Italian), the Fulvia berlina’s compact powerplant and independent front suspension raised a few admiring eyebrows. When the coupé arrived in 1965, the engineering received the sheetmetal it deserved. Both saloon and coupé wore in-house Lancia designs, though a later, fastback Fulvia variant was restyled by Zagato. (It would be a strong seller by Zagato standards, with more than 7000 produced.)

The coupé was arguably the prettiest of the lot. It certainly attracted the most attention from privateer teams that were already campaigning Lancias. It should be noted that racing held little interest for Dr. Fessia, who initially saw no need to increase engine sizes beyond the 1298cc maximum of the early cars.

Lancia’s chief engineers may not have been excited by the racing prospects of the Fulvia coupé, but the marque’s fans took a different tone. Call the Fulvia’s aptitude for competition the elephant in the room: The bounding pachyderm of the HF Squadra, “HF” standing for High Fidelity (an allusion to a quality stereo is intended). An elephant is an unusual mascot for a brand that’s known for delicate, lightweight cars, and historians can’t quite agree on the company’s thought process. The most likely (though still apocryphal) story is that the beast was chosen by Gianni Lancia, son of founder Vincenzo, for its unstoppable charge in battle.

The Fulvia coupé would wear both the HF designation and its elephant, first with the smaller engines and later with the 1600cc motor. In this lightweight fighting trim, it even did without bumpers. Competition Fulvias generally did without the bumpers, instead fitted with a couple of big auxiliary headlights.

These twin Carello lights give the rarest Fulvia coupé its nickname, Fanalone. In Italian, the word translates as “big headlights”; Italians being Italians, the word is also a euphemism for what Monty Python once referred to as “huge tracts of land.” The Fulvia’s homologation variant shed even more weight thanks to aluminium bodywork, gaining flared arches and receiving a horsepower bump to 132 thanks to twin Solex carburettors.

Frohn-Neilsen recently stumbled across this very original, silver example (below) nearly by accident. He acquired the red 1972 (other photos) several years ago, and has been using it in classic car rallies. His idea was always not to have a collection, but rather to own a car that he could enjoy regularly.

A well-sorted Fulvia coupé is ideally suited to such a low-drama life. In period, reviewers noted the car’s high level of engineering and build quality, and more than a few long-term owners have remarked that it is more reliable than the Italian stereotype would suggest. Fulvias are comfortable and planted even at highway speeds, and their front-wheel drive layout makes handling very predictable in the corners despite their short wheelbase.

Though modern owners now reap the benefits of Lancia’s impressive build quality, Lancia’s bottom line suffered in period. Up until Fiat’s takeover in 1969, Lancia even had its own foundry producing small, high-quality items like fasteners. Later Fulvias dating from the company’s Fiat ownership reveal a few cost-cutting measures, but they are still based on the bones of a very solid car.

Frohn-Neilsen has subsequently sold his 1972 Series 2 1600 to fund a light restoration of his Fanalone. The latter is mostly original, so a delicate and sympathetic hand will be needed. It’s even signed by Lancia works driver Sandro Munari, who won the 1972 Monte Carlo in a Fulvia before going on to an enviable career rallying the Stratos.

Such history needs to be preserved, but this Fulvia won’t become a garage-bound artefact. Instead, it has already taken up where the red 1972 car left off, out on this year’s Hagerty Spring Thaw Classic, hunting out roads worth driving with spirit, realising a dream that began with a slightly blurry photo taken 50 years ago on the other side of the world.

This article was originally published by Hagerty US. 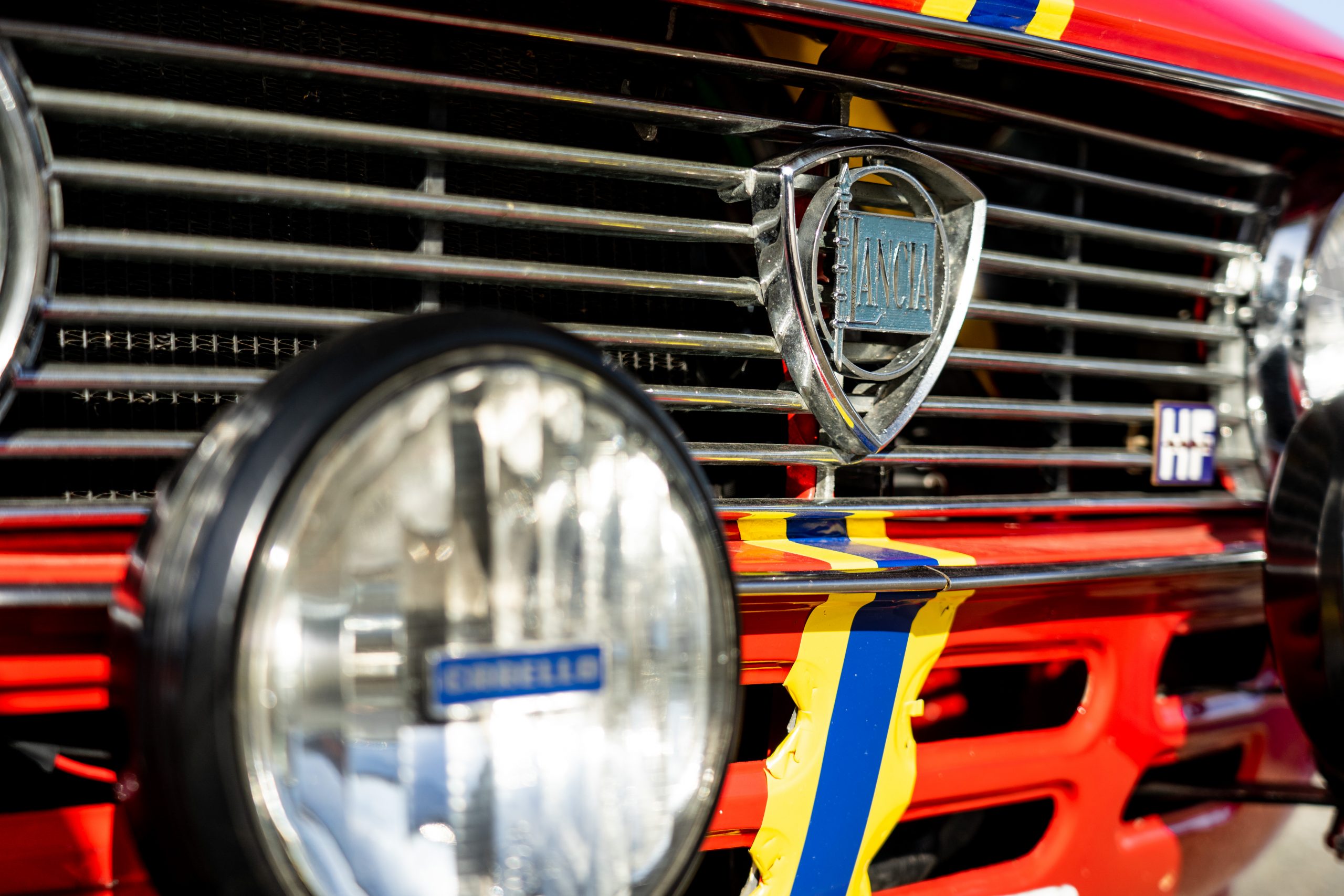 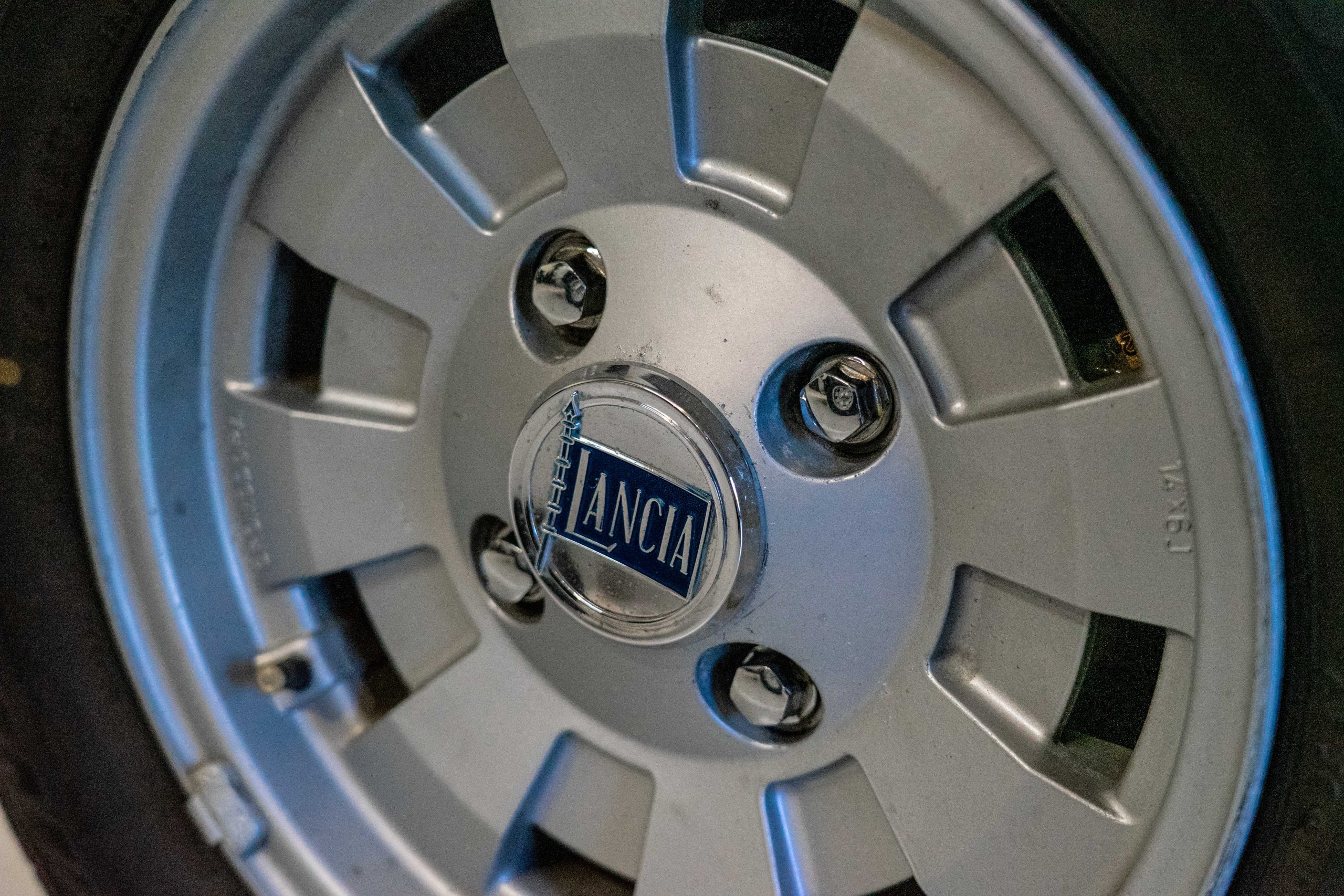 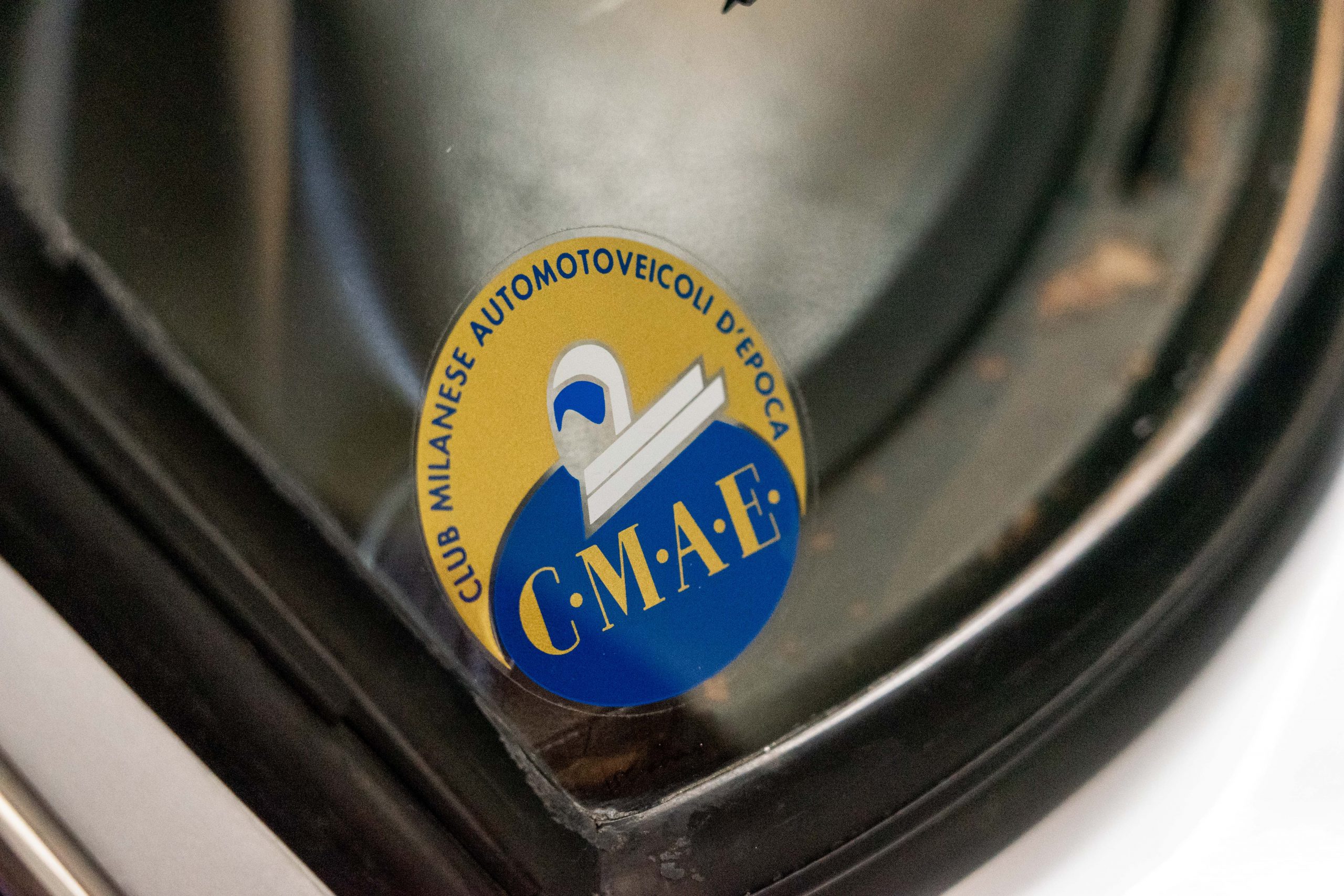 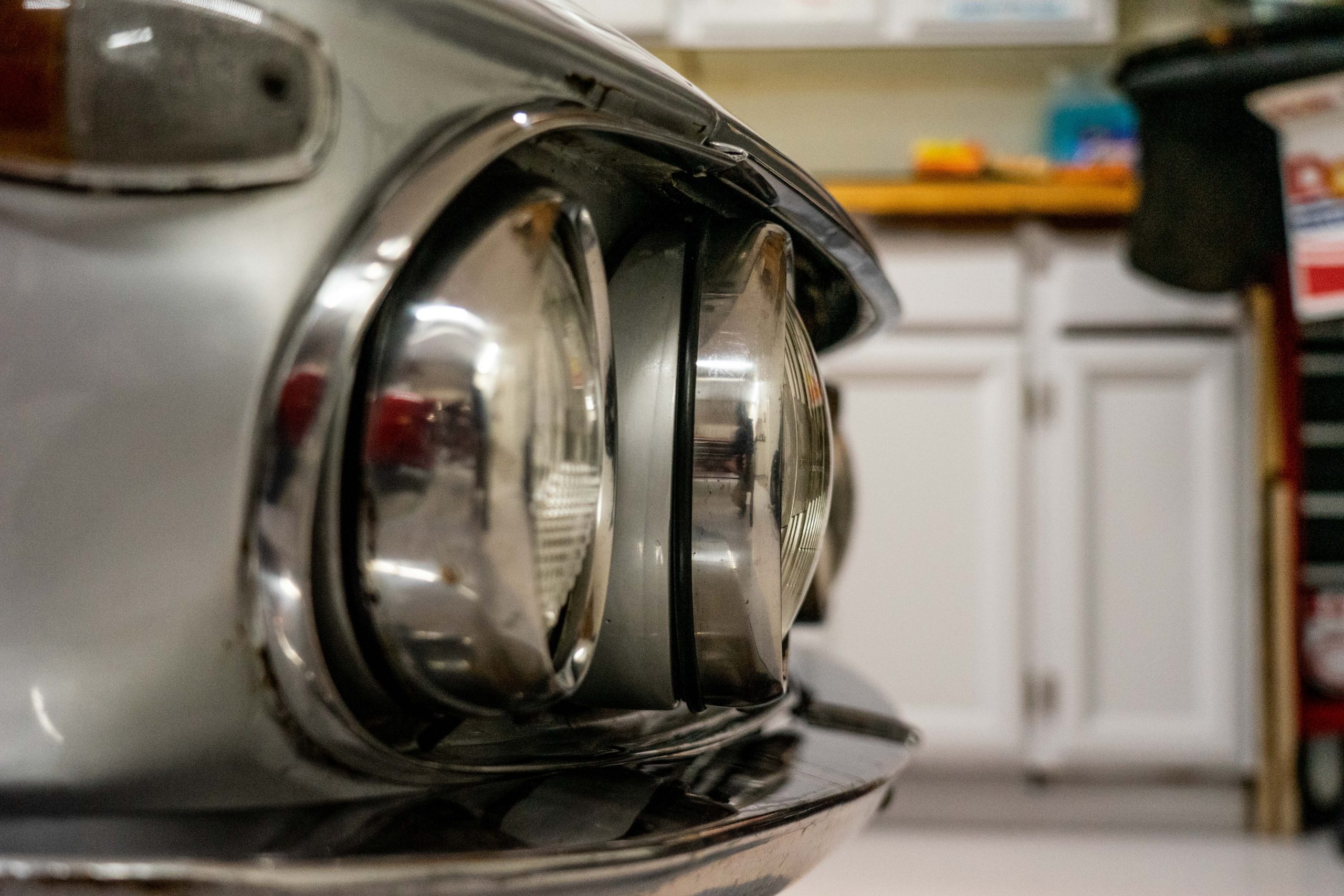