I have always thought there is something about the wood rim steering wheel, the lazy but potent V8 and the draughty cockpit with ineffective heater that makes my MG BGT an appropriate conveyance for attending vintage car meetings. Of course, something from between the wars would be even better but, especially when there are a few hundred miles to reach my intended destination, I am happy to embrace relative modernity. Thus, as we blasted across the south coast of England to catch the ferry for France everything felt ‘right’ heading for the Vintage Revival meeting at Montlhery, just South of Paris. 2017 saw the 4th running of this biennial event but it was to be my first visit – and I must admit I wasn’t sure what to expect.

The feeling of pre-war adventure came right from the start, motoring down from Calais with no satnav and no navigator. However, despite the best efforts of the French road-signs and an unplanned yet comprehensive tour of the tunnels under Paris, I eventually found my hotel. Early on Saturday I rose not quite fully refreshed but still looking forward to what I hoped would be a very special weekend. A short jaunt later, and my first sight of the iconic Montlhery banking’s vertical outer face came into view. The raucous sound of small engined ‘20s racers added an extra dimension as we sat among a varied collection of modern, classic and vintage cars that were hesitatingly threading their way to this cathedral of speed. Picking up my press pass at the entrance, I immediately sensed a feeling of this being a warm and friendly event as it had an undeniable small meeting atmosphere that belied the world-class status of both venue and participants.

This feeling was only reinforced by wandering around the trader’s stalls and paddock, mixing with those dressed ‘normally’ and others in ‘vintage’; my own preferred tweed and cravat for once not standing out as unusual. Even the steady rain, thankfully limited to the Saturday morning, could not dilute this easy going bon homme. Unfortunately, it did mean that 80 years-worth of dropped oil leached out of the concrete though, helping to limit initial speeds. Voiturettes and small engined 3-wheelers buzzed around, not climbing very high up the precipitous slope but nevertheless evoking memories of myriad black and white photographs from the between-wars period taken here, and at other tracks such as Brooklands or Monza. The format was to group the cars by speed, one of these groups being on track at any given time. After a lap behind a modern pace car they were then let loose for three further laps at full pelt. The whole event went like clockwork over both days, the seemingly effortless efficiency a tribute to the organisers and staff.

A large number of period bicycles, motorbikes and cyclecars also added their own distinctive aesthetic and noise. Of these, the most dramatic was undoubtedly the flimsy looking bike with a near 3-litre twin cylinder Jap, whose engine filled the frame. Sunday saw this getting its own flying laps, avoiding the temporary chicanes set up in strategic positions around the track, and clocking 100 MPH in the process. This was a phenomenal sight, but eclipsed for me by the fastest of the cars. I would say that I had dreamed all my life of seeing a vintage Bentley at speed on a banked circuit but, to be honest, I never thought I would ever have the chance. Fast Morgans and Bentleys, Bugattis and the monstrous – impossibly charismatic – aero-engined specials all took to the track. To witness them charging along that long sweeping concrete arc, moving higher up the faster they went, was to experience something I thought lost forever to the past.

The final time these big cars ran on the Sunday they were let off the leash, with the chance to set personal altitude records on the banking obviously a temptation too compelling to resist. The sheer exuberance as ERA, special and Frazer-Nash alike were given their head in an all or nothing run was palpable. Julian Grimwade’s Norris Special (single seat Fraser-Nash) did well but Bachmann’s ERA seemed to almost brush the Armco around the high perimeter. A fitting culmination to a weekend that saw these two entertaining the crowd with their own personal high speed duel.

If you are fortunate enough to see old cars like these then you will experience a mute evocation of a bygone age, to hear them run or to see them driven quickly is to experience something of that age. If you get a chance to see them run at speed at Montlhery though – now that is to be transported back to a magical era. Chiron, Birkin, Barnato, Caracciola and Varzi; all would have recognised the sights, sounds and, most importantly, the spirit of this event. It is not too difficult to imagine their ghosts gathering under the trees to watch, and to nod their smiling approval.

My thanks to the organisers for a quite exceptional experience, two years is an awfully long time to wait for the next one. 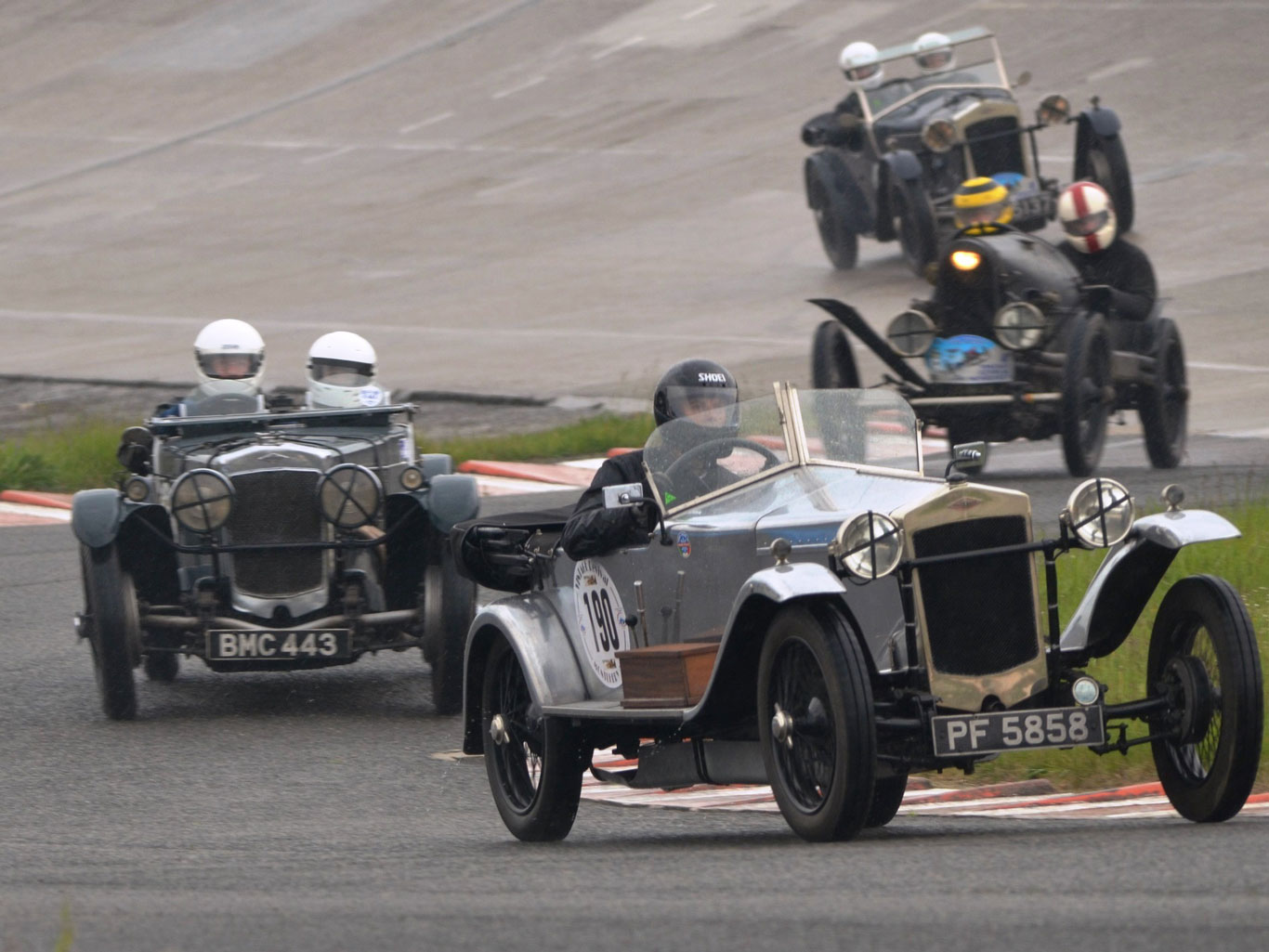 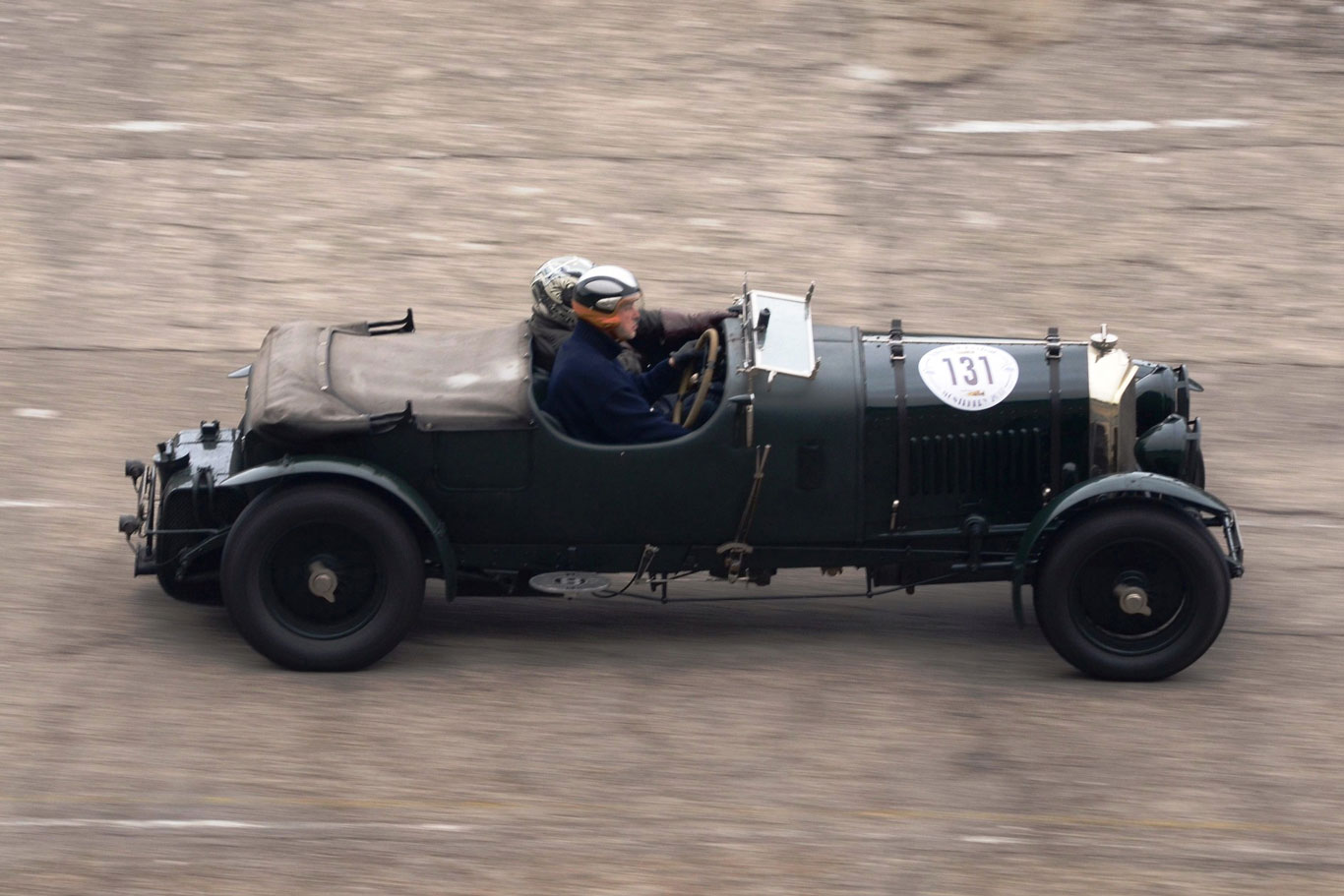 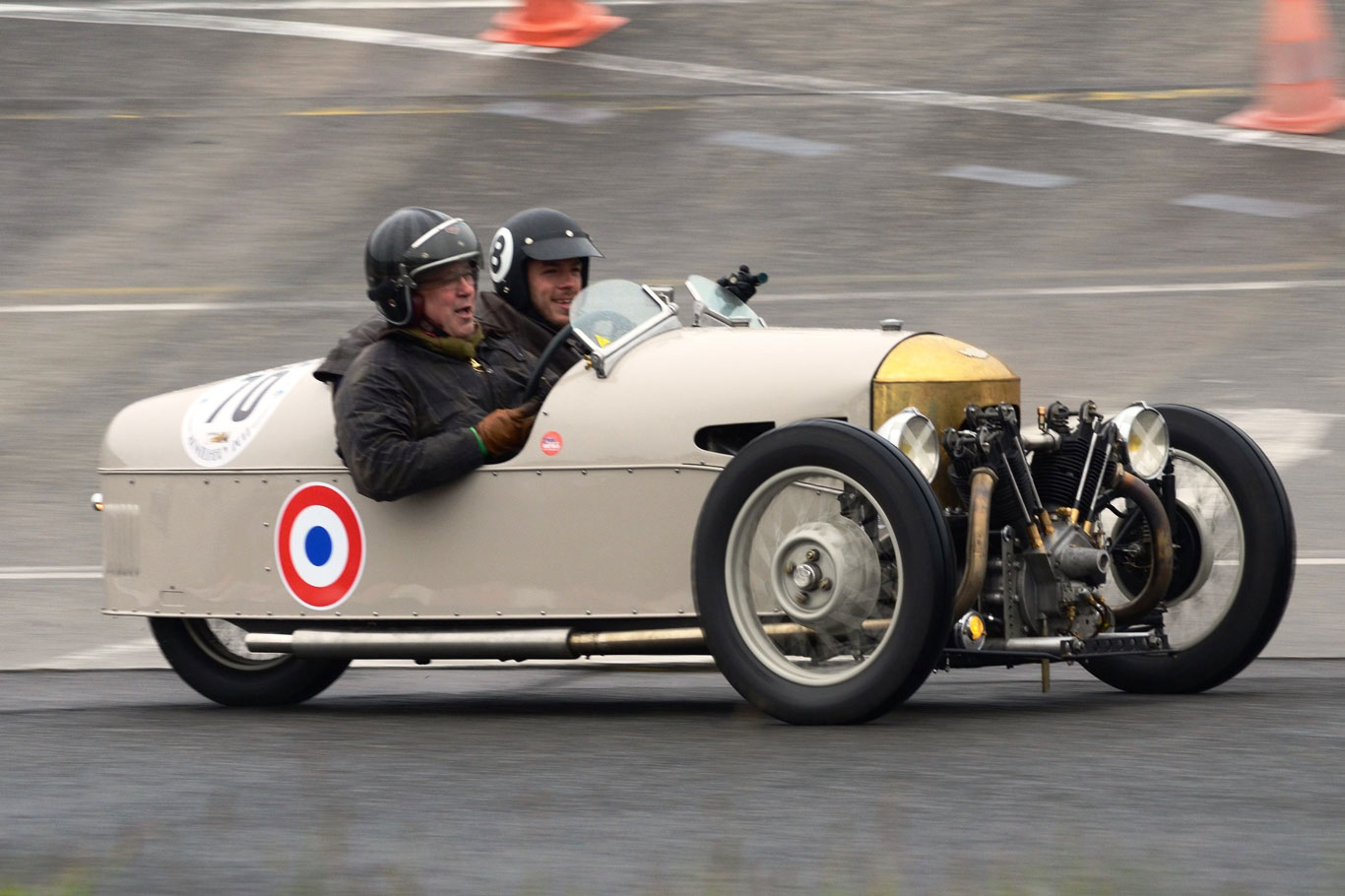 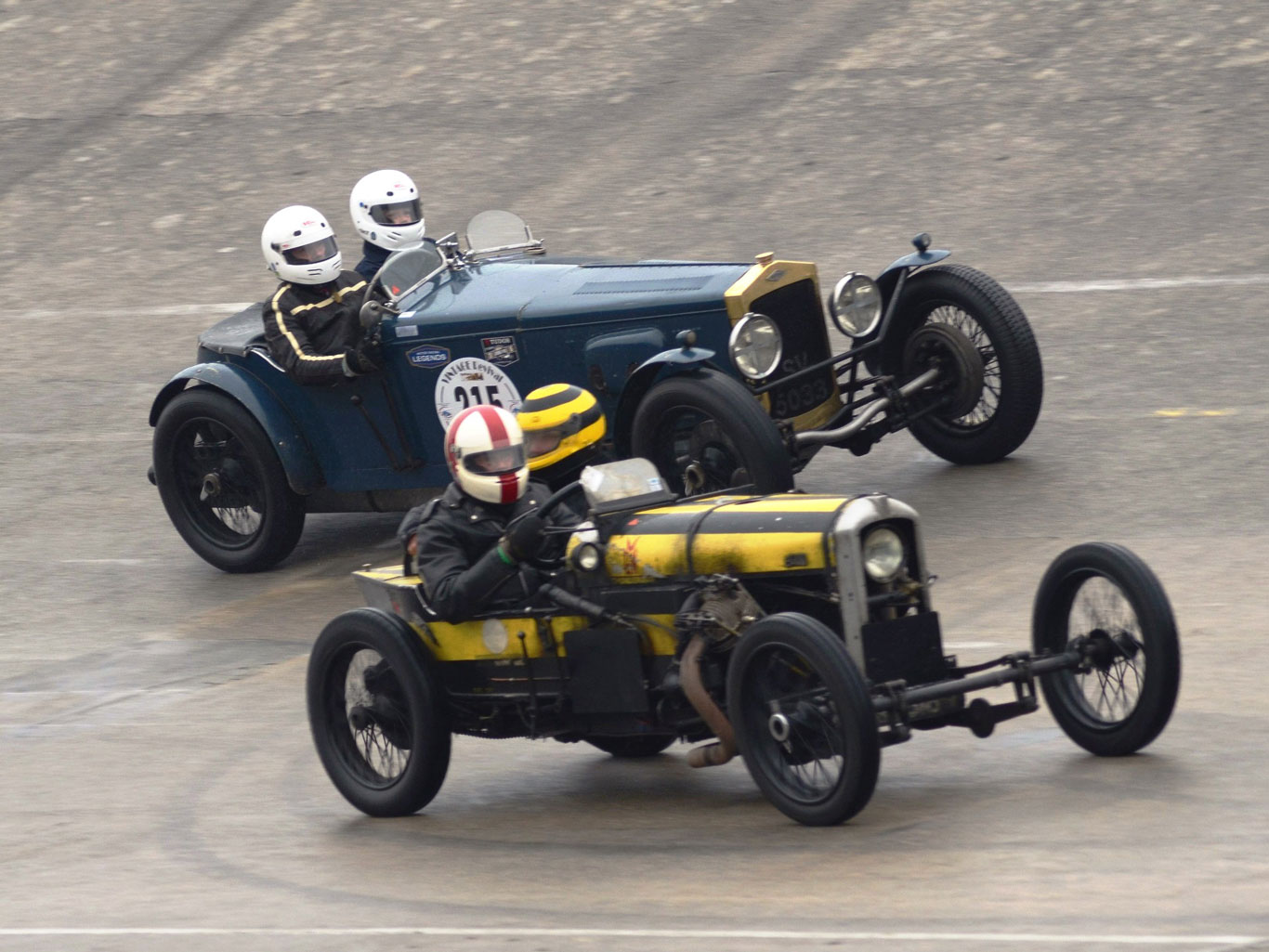 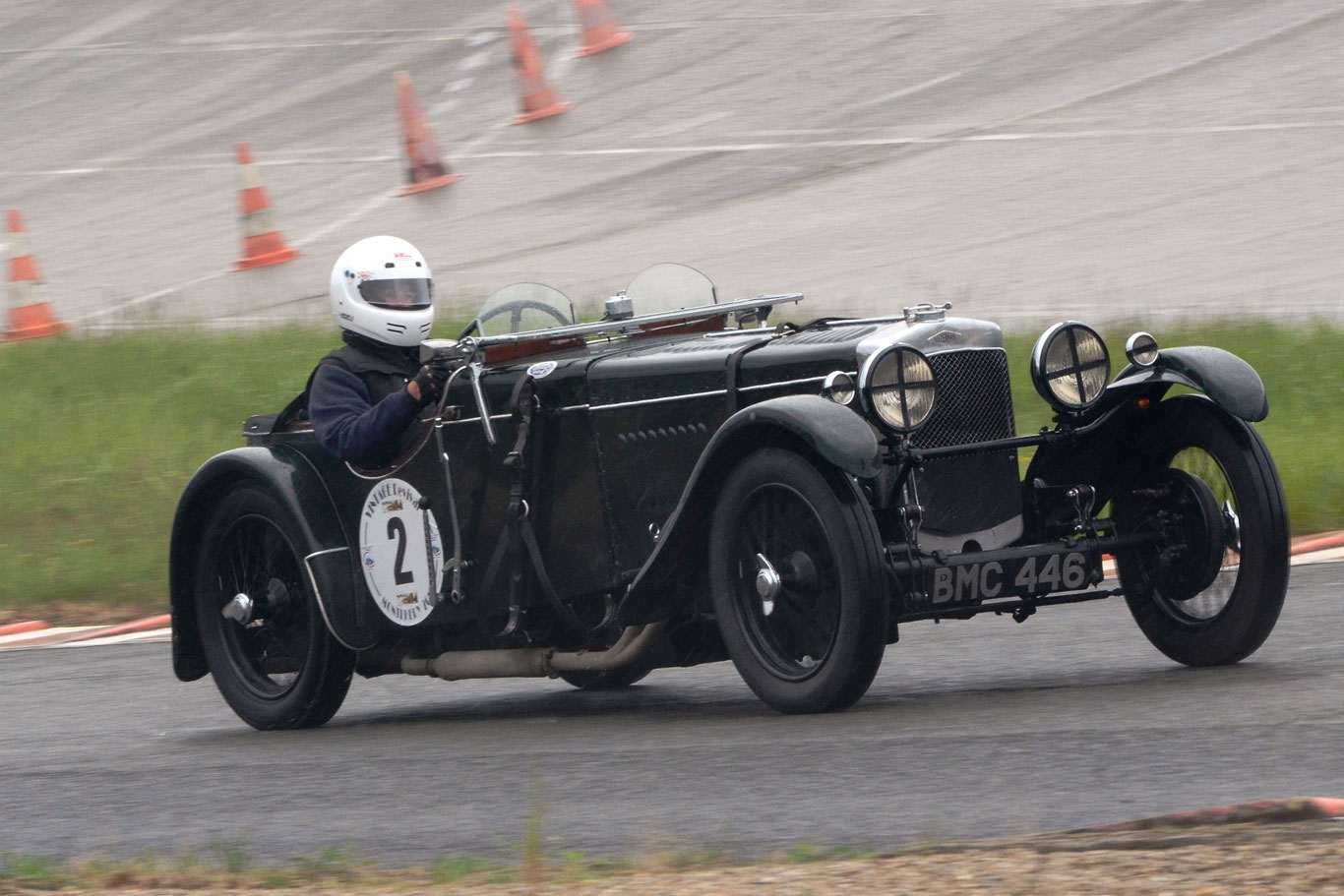 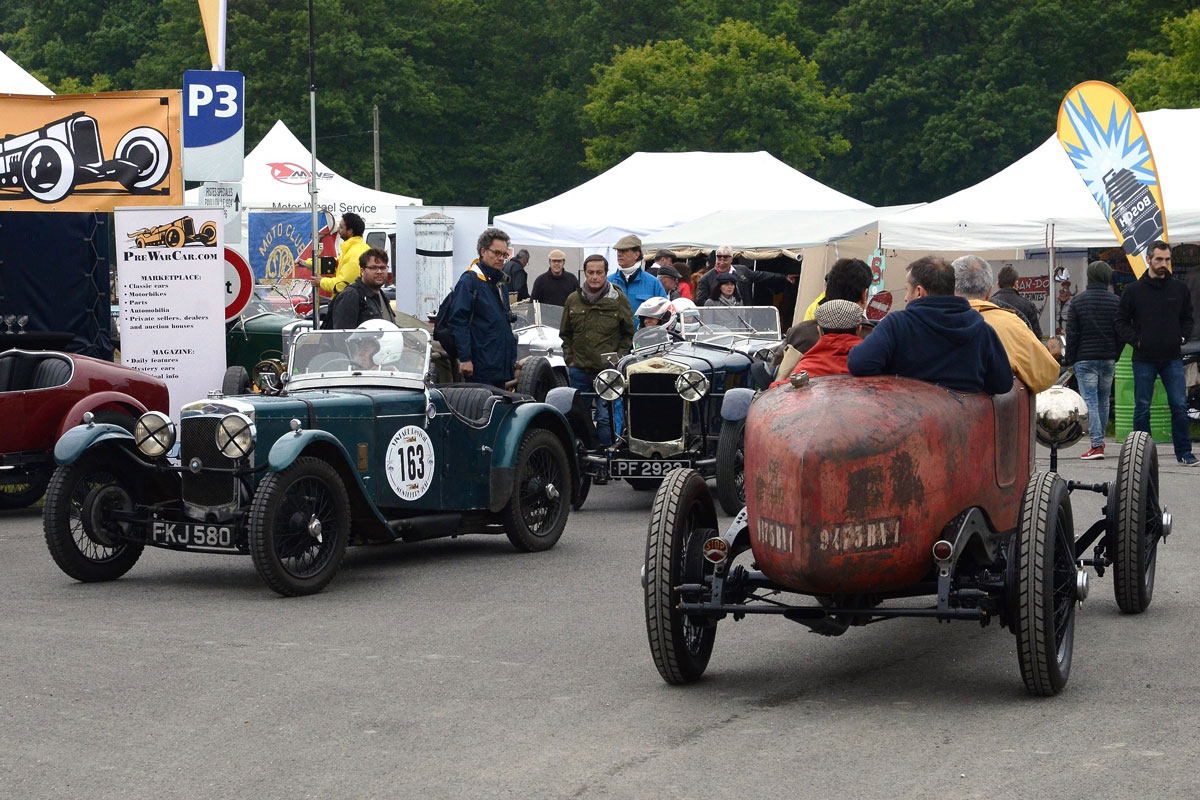 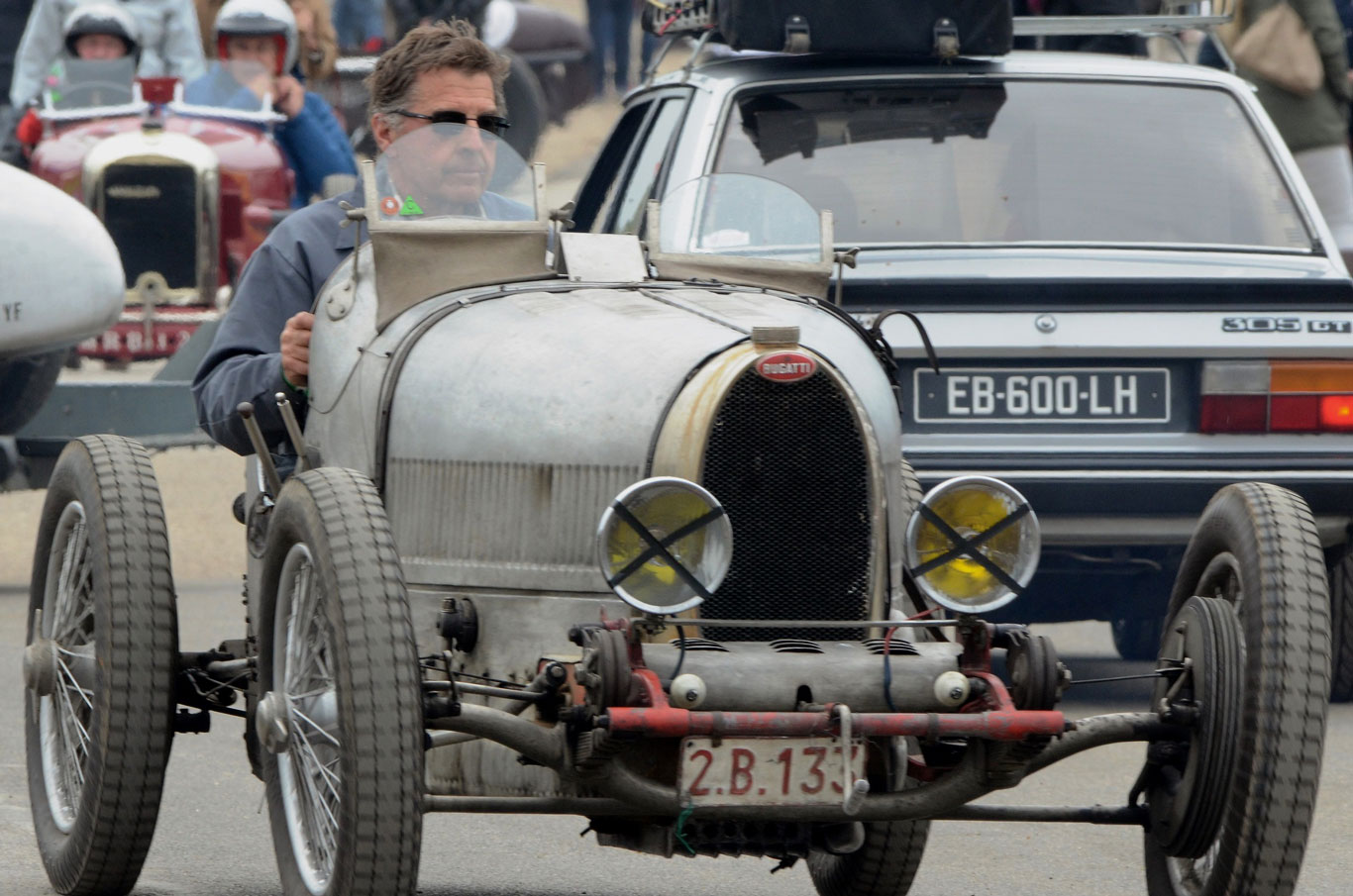 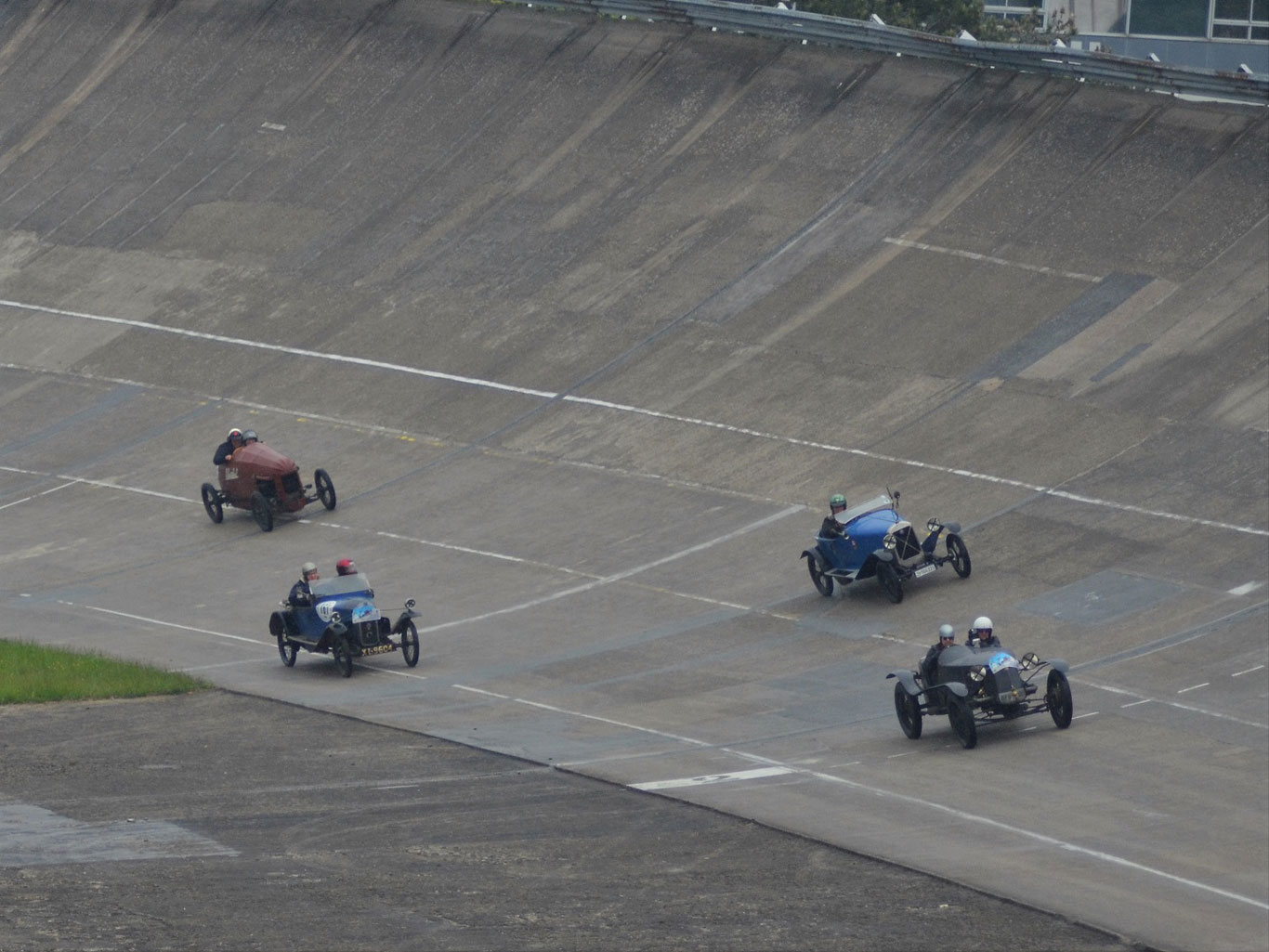