Michael Jordan hasn’t played professional basketball since the end of the 2002–03 season, but he broke another record over the weekend. At least, a car he once owned did.

The NBA legend’s 1996 Mercedes-Benz S-Class S600 – which can be seen in ESPN’s recent documentary “The Last Dance,” received 177 bids and sold for £154,000, more than five times the value of a concours-standard S600 that wasn’t previously owned by His Airness. Most S600 transactions take place in the private sector, but the previous recorded high sale for an S600 was £24,800.

Jordan’s car, sold through the Beverly Hills Car Club, had a starting price of £17 and ended on August 23, in honour of Jordan’s original jersey number with the Chicago Bulls, a team he led to six championships.

Beverly Hills Car Club owner Alex Manos, who grew up as a Jordan fan, called the car “the Holy Grail of Michael Jordan memorabilia.” Tell that to whoever recently paid £427,300 for the Nike Air Jordans that MJ wore during the 1984–85 season. 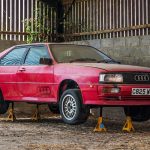 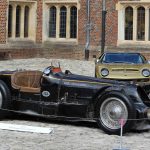