Commie Cars: A visit to the Moscow State Museum of Retrocars

Facility features Volgas, Moskvitches and other relics of the Russian car industry

Back in the Cold War days, many of us imagined our fellow Russians growing turnips on collective farms, not affording the dream of a house in the country and two cars out front.

But there was a Soviet car industry back then — for the few who could afford a car — and this author had the chance to see one of the larger collections of Russian rides during a recent visit to the Moscow State Museum of Retrocars.

Located not far from the Kremlin, the museum houses several hundred cars in what appears to be a large warehouse with several large rooms. Most of the cars are parked on gravel beds and many appear to be unrestored or mildly restored originals; very few are in concours condition.

The Soviet-era cars of the late ’40s and early ’50s looked surprisingly like the American cars of the time. Since Ford was instrumental in helping the Soviets create an auto industry as early as 1929, this is not surprising. The postwar Volgas and Moskvitches have a strong resemblance to the ’51-’54 Fords. The ’70s Chaika and Zil limousines, meanwhile, look like late-’50s Packard and Lincoln clones.

Russian cars are said to be among the worst ever built, vying with the East Germans for the most atrocious driving characteristics. While the Russians constantly copied Western design and technology, something usually got lost in translation.

It is also interesting to follow the progression of Soviet design into the 1970s and 1980s, when car designs began to borrow not so effectively from the smoother, aerodynamic look pioneered by cars like the Audi 5000. A 1991 Moskvitch concept car provides a good example of a car that doesn’t quite get there. Sometimes the Soviets picked the wrong vehicle to copy; we spotted a hideous looking plastic-bodied minivan that looked curiously like a Chevy Lumina APV.

On the other hand, the museum has a Marussia mid-engine sports car that would look quite comfortable in a Lamborghini showroom.

Surprisingly, there was a large collection of American and European cars — everything from Corvettes to Cadillacs to a sprinkling of German, Italian and British marques, including three immaculate Aston Martin DB4s. There were five Corvettes in display including ’55, ’60, ‘61, ’64 coupes, and a sinister-looking modified C3.

The museum also has its share of kitsch, with mannequins of Elvis and some shapely cowgirls. A crude-looking restoration shop is located inside the facility, while rusted-out future projects are lined up on the outside awaiting some much-needed attention.

Only one car in the museum appears to be Pebble Beach-quality — a stunning mid-1920s Isotta Fraschini Tipo 8A painted in shades of lavender and purple.

Today, there are many in Russia who bemoan the demise of the Russian car industry and wonder what went wrong. The last of the Ladas will come off the assembly line later this year, leaving the Russian market to Western European and Asian competitors. Meanwhile, the streets of Moscow are teeming with expensive Audis, BMWs, Mercedes-Benzes and Porsche Cayennes, and it’s hard to imagine the typical Moscow businessman giving up his A8 for a Russian startup brand.

Perhaps if rock ’n’ roll had come a little earlier to the Soviet Union, the industry might still be around. One could imagine the Russian equivalents of Bob Seger or the Beach Boys singing about adventures in the backseat of a Volga or a Moskvitch on those cold Russian nights. 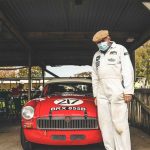 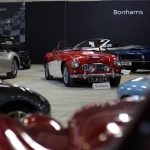 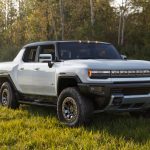 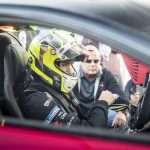