It is one of the greatest sporting clashes in football, but the rivalry between England and Germany goes far beyond goalposts and penalty shoot-outs. As the nations prepare to face one another in Euro 2020, tomorrow, we thought we’d look back at the rivalries on the road.

E-type or 911? Mini or Beetle? Allegro or Golf? Over the decades, there has more often than not been a tough choice to make between the best of British and the greatest of Germany. Both countries have produced some of the world’s best-designed and most capable cars – and when either country is at its peak, it’s been hard to beat.

That makes the idea of matching one against the other a compelling spectacle. It would be unwise – foolish even – to bet against the Beetle or dismiss a Dolomite. From some of the greatest minds in design and engineering…

Wait, this is all getting a bit much, isn’t it? Look, we all love a good my-car’s-better-than-yours fisticuffs, and nothing works up a froth like a good dust-up between the Brits and their northern-European rivals. So don’t take any of this too seriously, and bear in mind the score is cumulative total. Feel free to let us know what we got right – and what you think we got wrong.

How can we possibly decide a winner between two of the greatest cars of the people ever to have roamed the earth? Shapes come no more familiar and the Mini and Beetle have an incredible legacy, both in terms of their enormous fanbases and their modern-day imitators.

Objectively? Well Volkswagen won the sales race, with more than 21.5 million to the Mini’s 5.3 million. Issigonis, though, better predicted the future of cars: transverse-engined front-wheel drive cars are far more popular today than rear-engined models. The Mini has better roadholding and is a greater hoot to drive, the Volkswagen is more durable and if it does break, it’s so simple a toddler could fix it between Peppa Pig marathons.

Both have spawned numerous variants too, and their mechanicals have served decades of kit-car builders. It really is too close to call, and we’d be tempted to award a draw, but the Mini has one final ace up its sleeve: Motorsport. The Beetle is no stranger to competition, but the Mini’s successes, from touring cars to the Monte Carlo Rally, have been far more significant and spectacular. The Mini takes it.

BMW’s 02 series emerged in 1966, six years before the first Dolomites hit the road. Despite this head start, the BMW was also the more sophisticated under the skin, with a semi-trailing arm rear axle to the Dolly’s live axle, while the 1854cc slant-four made only 91bhp to the 2002’s 98bhp 2-litre.

Triumph countered quickly however, with 1973’s Dolomite Sprint. Its new 2-litre four-cylinder might have only had a single overhead camshaft, but it was prodding at sixteen valves, and output jumped to a significant 127bhp, rattling off the 0-60mph sprint in 8.4 seconds.

But Triumph had no answer for the 2002 tii. At 128bhp it had just a single horse on the Sprint, and weighed a touch more, but was both quicker and ultimately had a more successful international motorsport career. The nail in the Dolly’s coffin? It was succeeded by the unexceptional Acclaim… while the 2002’s successor, the 3-series, has defined its class for more than 45 years.

Some will cry foul here, but the reality is that when the Volkswagen Golf arrived in 1974, the hopes of British Leyland rested squarely on the slumped shoulders of the car people love to hate: the Austin Allegro. The two cars were similar in size – the Austin slightly longer – had two and four-door options, and each cost broadly the same to buy.

Most Allegro malaise comes not from the car, but the conditions under which it was built, and in turn the impact that had on its reliability and styling. Volkswagen had the immediate advantage here, with better worker-employer relations on its side, and enough money and sense in the higher levels of management to leave Giorgetto Giugiaro’s styling wisely untouched, something denied to unfortunate Allegro scribbler Harris Mann.

As was often the case, the Allegro’s mechanicals were actually the more ambitious, gliding along on Alex Moulton’s clever Hydragas suspension and equipped with the ultra-compact transverse A-series from its ADO16 predecessor. But the Golf was a perfect example of getting the execution right. It was built properly, it had a practical hatchback (the Allegro was a saloon), and in 1975 came the killer blow: the thrilling GTi. Even today, the Golf remains the family hatch to beat.

We’re giving this one to Rover (huzzah!) because it’s an example of the British car industry getting it right (if not building it right) and it deserves to sit up there in the pantheon with cars like the Mini, E-type and MGB. Even if, like so many of the other German cars here, its BMW 5-series rival has ultimately had greater impact on the industry in the years since.

The 5-series was significant even in its day. It replaced the “Neue Klasse” range of saloons, which had dragged BMW out of the duldrums in the early 1960s, and was both immaculately built and deeply impressive to drive thanks to independent suspension and silky six-cylinder engines. The SD1 though, which debuted four years after the E12 5-series in 1976, was the much more forward-looking car.

If you squint a bit, its five-door fastback silhouette could be a forerunner to today’s four-door “coupes”, while their free-standing TFT displays bear at least gentle resemblance to the SD1’s separate, pod-like gauge cluster. The V8 Vitesse couldn’t quite match the 215bhp of the M535i despite a capacity advantage, but with numerous touring car victories to its name, the SD1’s on-track success seals a win here.

The E-type and 911 were the sports cars of the 1960s. On paper they could hardly be more different but few sports cars deserve the over-used term “icon” than those that emerged from Jaguar and Porsche early in the decade.

Jaguar brought beauty and startling, 140-odd mph performance (the quoted 150 was always a bit wink-wink, nudge-nudge) to the common enthusiast. It could dust up an Aston DB4 for little more than half the price, and made the Porsche 356 look like a glorified Beetle until the 911 arrived. It was so good, in fact, that it’s been a rod for Jag’s back ever since. How on earth can it match its success?

Porsche has never struggled to replace the 911 in the same way. In fact, they just keep getting better. The 911 of 1964 was understated next to the Jag, but in retrospect rather beautiful in its own right. Its unusual layout belied an immensely capable performer, too. Beauty, then, or brains? It comes down once again for us to turn to motorsport pedigree, and that’s Porsche’s arena  – the 911 isn’t just a great sports car for the road, but has also been a dominant performer on track for more than half a century.

No surprises here: While putting up a good fight, and winning the hearts and minds of the public, the 6R4 ultimately must concede when faced with Audi’s mighty Quattro. One was a glorious foray into Group B madness, the other a multiple champion and progenitor for decades of road cars.

Let’s not beat about the bobble hat though; the MG Metro 6R4 is cooler than the Quattro. Conceptually similar to Peugeot’s 205 T16 in prioritising agility over outright performance, it was Williams Grand Prix Engineering that turned what was left of an Austin Metro into a howling mid-engined, V6-powered, all-wheel drive, GRP-bodied lunatic.

Unlike the Audi though it never saw real success on the stages before Group B imploded, though it did enjoy a fruitful rallycross career through the 80s and 90s at the hands of drivers like Will Gollop. That still cannot compete with the 5-cylinder Quattro, with its 23 WRC victories, 1982 and 1984 championship titles, and a legacy including everything from all-weather daily-drivers to the Audi R8 supercar.

In some ways it would be unfair to compare the Jaguar D-type and the Mercedes-Benz 300 SLR. While both fought on an even keel, the SLR’s potential was cut short at the tragic 1955 Le Mans 24 Hours race, where 84 souls lost their lives in motorsport’s worst ever accident. Mercedes-Benz withdrew from the race, and from motorsport entirely – and the SLR never got to fulfil its potential.

The SLR was otherwise a dominant force in 1955 sports car racing, locking out the podium at the Tourist Trophy event in Ireland and taking a 1-2 at the Targa Florio – each with Stirling Moss at the helm. The team would win the World Sportscar Championship before withdrawing from racing.

The D-types were competitive in 1955’s Le Mans event, though Mike Hawthorne and Ivor Bueb’s win was somewhat overshadowed. Ecurie Ecosse won with another D-type in 1956 and again in 1957. Racing cars must be judged on their successes, and with three consecutive victories at Le Mans, the D-type narrowly takes this victory.

England supporters will be hoping this classic car clash isn’t any indication of the scoreline when the final whistle blows in the Euro 2020 match between England and Germany. In this content, Germany wins, its Golf, BMW 2002, Porsche 911 and Audi Quattro doing the business in their respective categories, with admirable victories for the Mini, Rover SD1 and Jaguar D-type illustrating that when British brands are at their best, they can be hard to beat.

Of course, this is all in good fun – and but for a particular preference here and there, the results could be reversed on any number of the cars above. The great shame is that so few of the best British cars enjoyed the kind of unbroken run their German counterparts have enjoyed.

While cars like the VW Golf, BMW 5-series and Porsche 911 have been refined to the smallest detail over decades, the Allegro, SD1 and E-type’s replacements didn’t quite do justice to their predecessors. All though make great classics today – whichever side you choose. 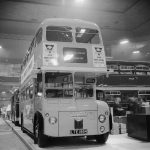